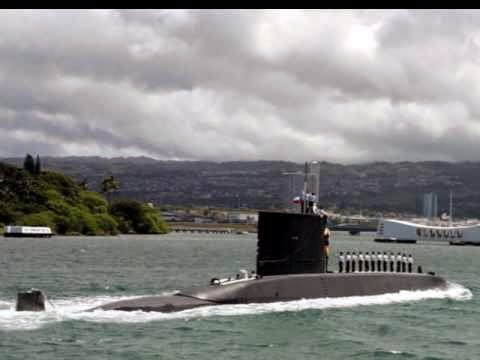 Kilo-class submarine INS Sindhughosh was hit by a fishing vessel on Thursday night during a night naval exercise in the Arabian sea..Her periscope has been damaged, repairs are on.

This is her third accident. On Jan 10, 2008 INS Sindughosh had collided with cargo vessel MV Leeds Castle, in which it was reported to have suffered minor damage to its conning tower. Consequently, INS Sindhughosh was out of service for a month.


In Jan 2014 INS Sindhughosh ran aground.

Among other Kilo-class sub accidents, in August 2013, blasts ripped through INS Sindhurakshak's torpedo compartment killing 18 personnel. In Feb 2010 INS Sindurakshak reported a fire on board in
which a sailor was killed and two others were injured. The incident took place in Vishakapatnam.