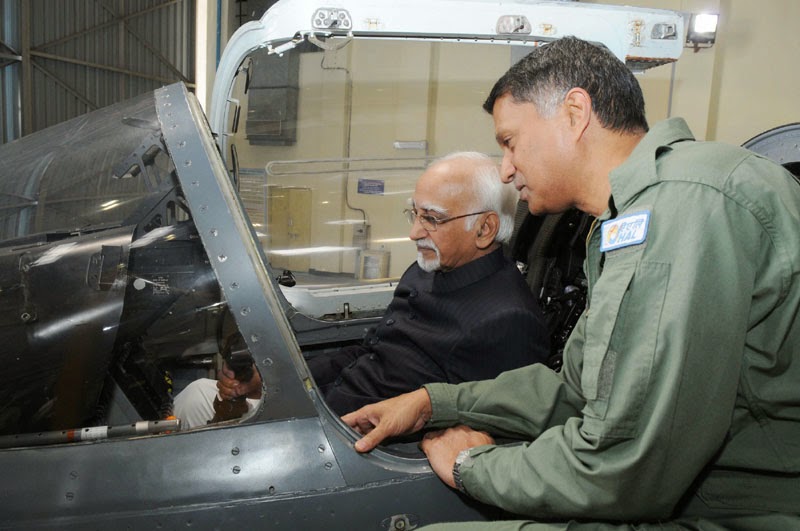 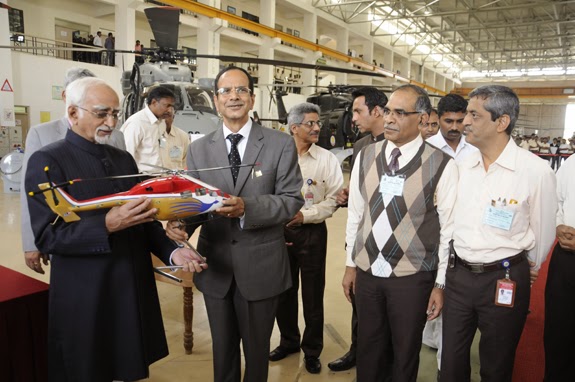 Mr. Ansari evinced keen interest in flight hangars of LCA-Tejas and ALH.  He also viewed different aircraft positioned in the HAL premises. With the Initial Operation Clearance (IOC) having been achieved for LCA-Tejas in December 2013, HAL is focused on the expeditious production and supply of the aircraft against the first order.  The aircraft is expected to be delivered soon.

The ALH-Dhruv helicopter has a proven track record in both military and civil operations. Dhruv has also been exported to Ecuador, Mauritius and Maldives. Dhruv is particularly useful in meeting the arduous tasks in difficult terrains. Dhruv is being operated by Indian defence forces and State governments since 2002.  More than 140 Dhruv helicopters are in operation logging more than 1, 20,900 flight hours.