PM Awards Young Innovators In The Indian Army, On The Occasion Of Army Day 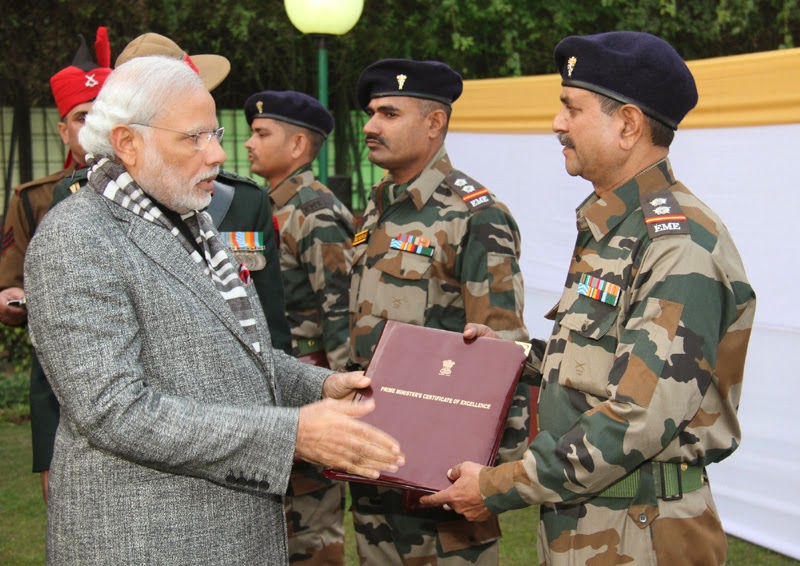 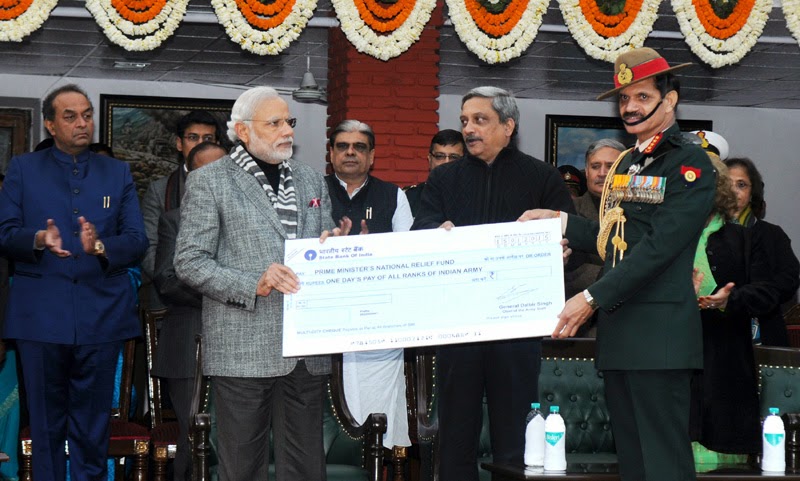 In a unique initiative aimed at recognizing and awarding innovation among youth, the Prime Minister, Shri Narendra Modi, today presented Certificates of Excellence to eight young innovative officers of the Indian Army. The certificates were presented to the officers for unique innovations done by these officers, in areas such as reconnaissance, monitoring and greater facilitation for soldiers in combat conditions.

The certificates were presented by the Prime Minister, to these innovators during the "at-home function" at the residence of the Chief of Army Staff, on the occasion of Army Day. The Defence Minister Shri Manohar Parrikar was also present.

The innovators also explained their work to the Prime Minister, through working models and exhibits, in the presence of the Chief of Army Staff.

This is the first time that such efforts on the part of Army officers have been recognized at this highest level.

While presenting the DRDO awards in August 2014, the Prime Minister had called for involving youth in defence research related activities in a big way, to ensure that India remained abreast of global technological advancements in the field. The Prime Minister had also encouraged DRDO to connect with the ultimate end-user of its products – the soldier. He had said the soldier can suggest many practical innovations in defence technology.

Prime Minister has also observed that occasions like the Annual Day of the three Services (Air Force Day, Army Day and Navy Day) should be occasions not merely to celebrate the service of our Armed Forces in the defence and security of our nation, but also to organize events to improve the efficiency and effectiveness of the Armed Forces. Such events could include recognition of members of the Services who have made innovative contributions in areas like defence management, estate management, environment, finance and expenditure, design of defence equipment, papers on defence strategies etc.