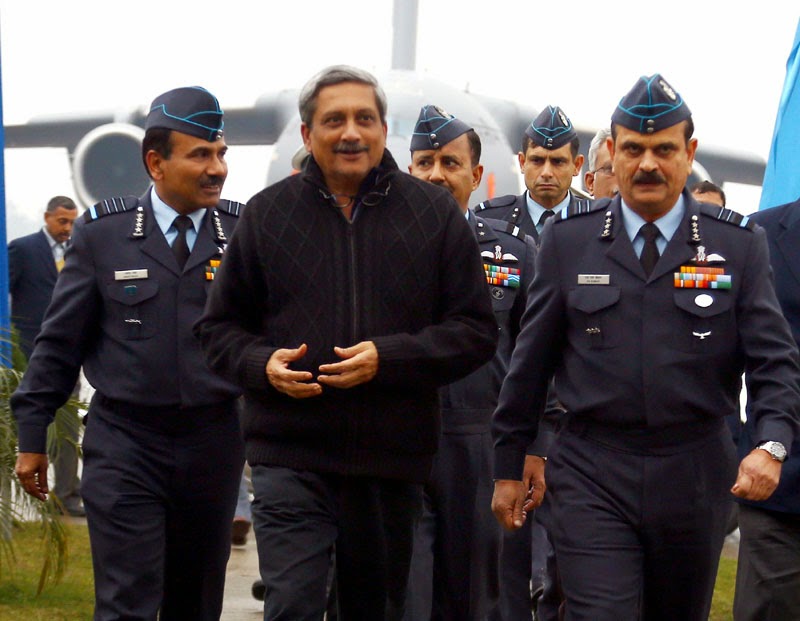 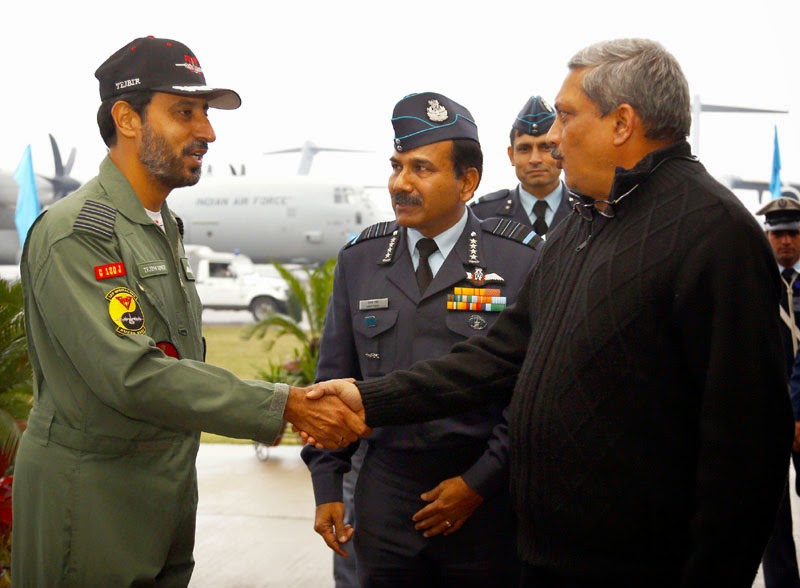 The defence minister ShriManoharParrikar, familiarised himself today at Air Force Station Hindan, with the operations being carried out by the C-17 ‘Globemaster III’ and the C-130 J ‘Super Hercules’- the two most modern transport aircraft in the inventory of the Indian Air Force. He was accompanied by the Chief of the Air Staff, Air Chief Marshal Arup Raha and the Air Officer Commanding in Chief of the Western Air Command, Air Marshal SS Soman. On his arrival at Hindan, the minister was briefed by Air Marshal SS Soman on the role for which both these aircraft are being employed and their potential for employment in various contingencies. This was followed by a tour of the flight complex and a visit to the special equipment bay.

The minister was also provided an on-site familiarization of both the aeroplanes followed by a visit to the C-130J simulator wherein he gained first-hand experience of flying the C-130J along with Group Captain Tejbir Singh, Commanding Officer of 77 Squadron. ShriParrikar also had a ‘Windshield tour’ of the C-17 where he was familiarised with the on-board equipment and instrumentation by Group Captain BS Reddy, Commanding Officer of 81 Squadron.

77 Squadron had created history and a world record when the C-130J was landed at the treacherous Daulat Beg Oldie (DBO) in Ladakh sector at an altitude of 16614 ft on 20 Aug 13. The squadron specializes in undertaking a gamut of diverse roles including insertion and quick deployment of special forces, air drop and air landed operations in hostile areas and other combat support roles. The Super Hercules was used extensively during the flood relief operations in Uttarakhand – the aircraft landed at Dharasu to supply fuel to helicopters involved in rescue and relief ops. The Globemaster is presently used for carrying out routine missions and special missions to high altitude airfields at Leh and Thoise. 81 Squadron provided succour and relief to the flood affected people of Jammu & Kashmir by transporting relief material and passengers. The recent use of the Globemaster-III to transport drinking water to Maldives demonstrated the government’s approach to helping friendly foreign nations in times of crisis, by the use of airpower.

The Union Minister for Defence, Shri Manohar Parrikar being received by Group Captain Tejbir Singh, Commanding Officer, 77 Squadron, in the presence of the Chief of the Air Staff, Air Chief Marshal Arup Raha, during his visit to the Air Force Station Hindan on January 02, 2015.