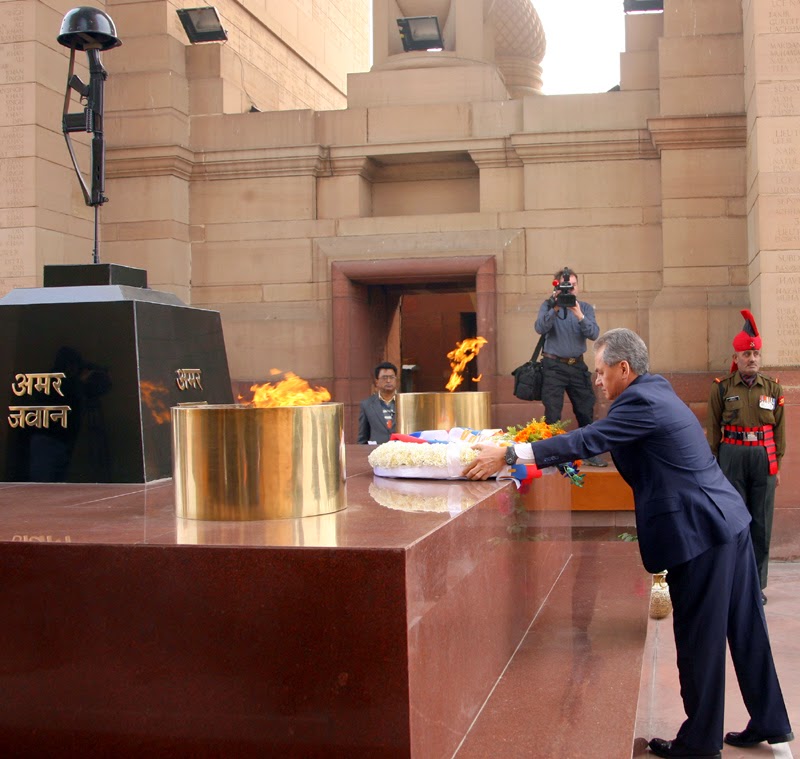 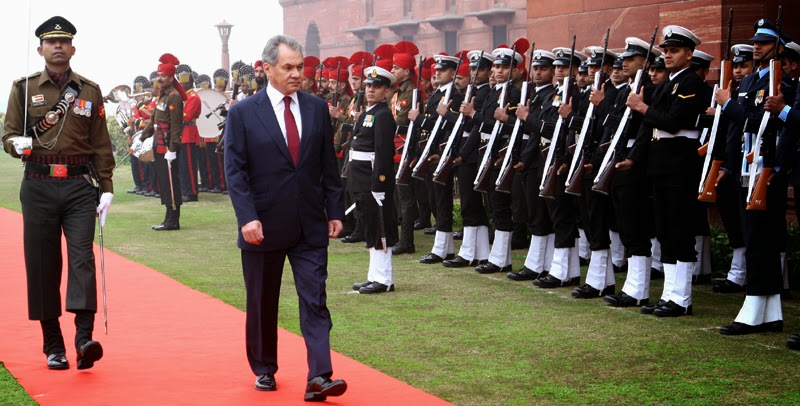 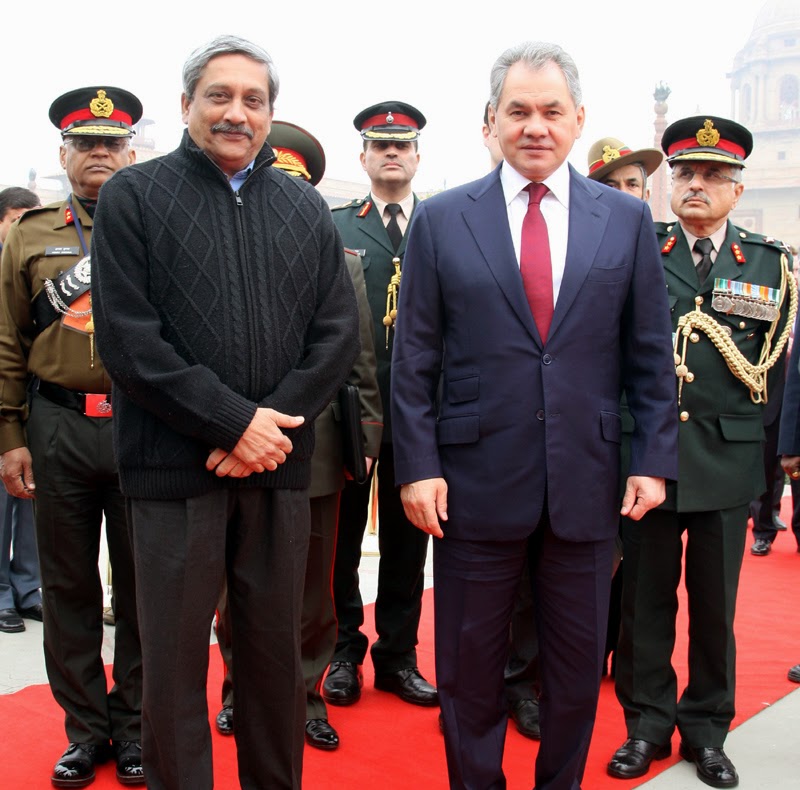 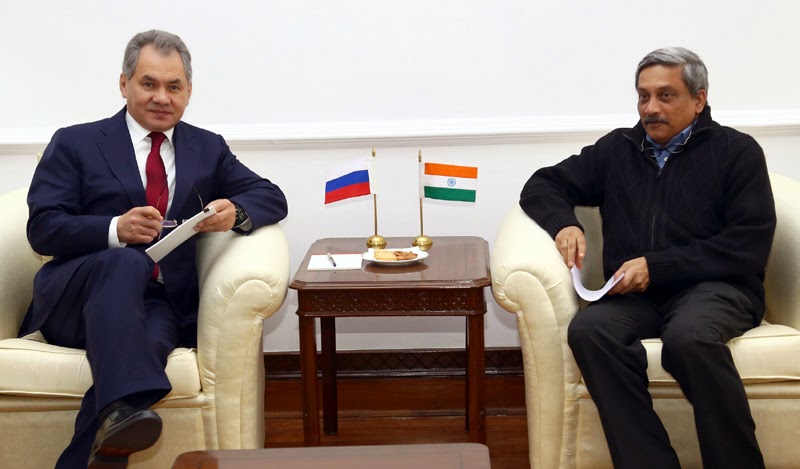 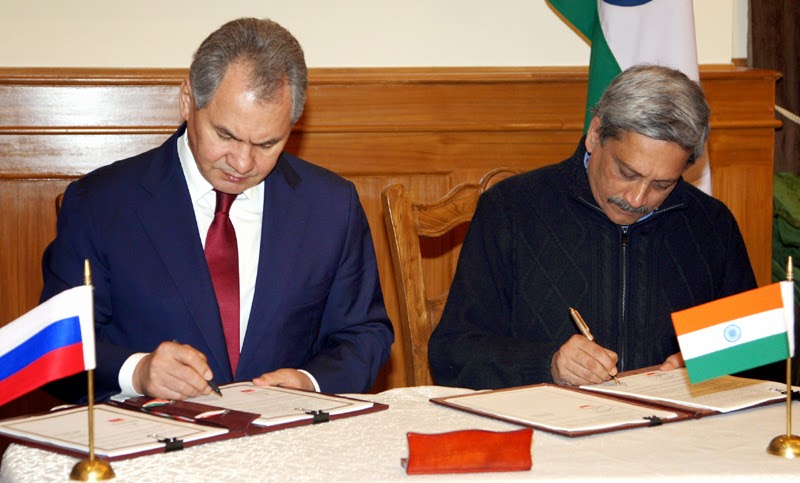 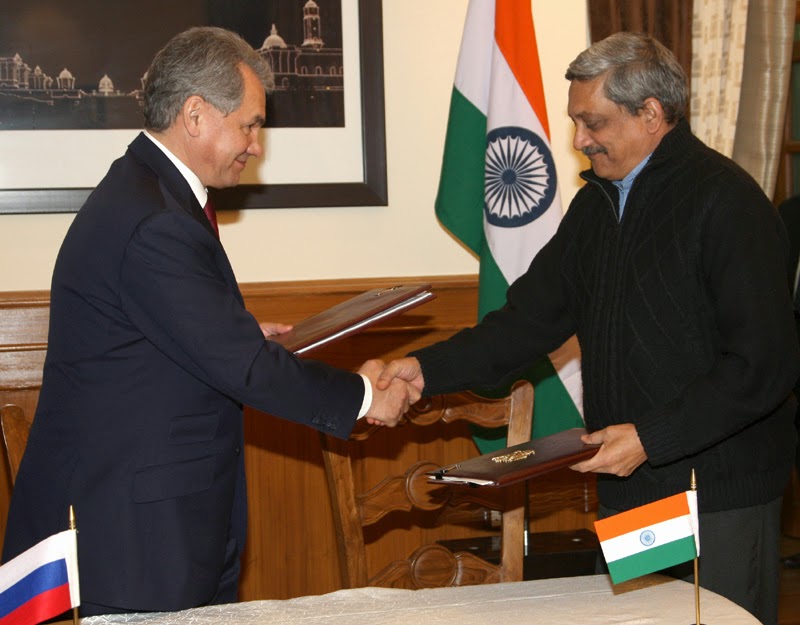 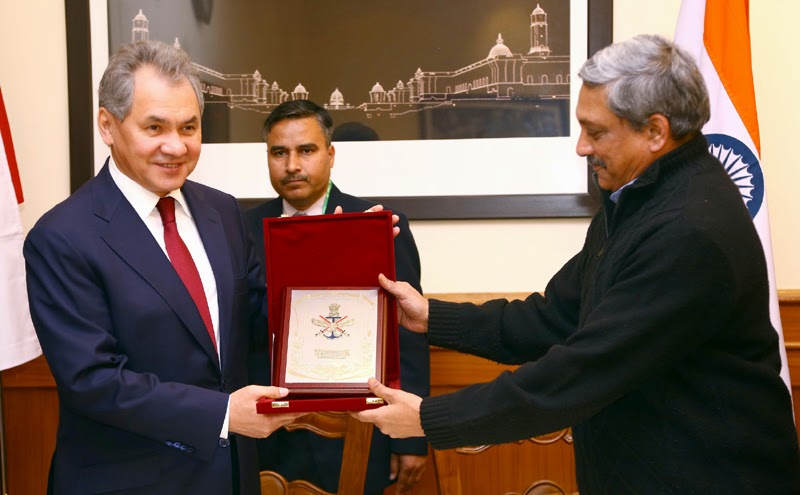 India and Russia re-affirmed today their commitment to the long standing friendship and cooperation in the area of Defence Cooperation. This was reiterated during the meeting of the visiting Russian Minister of Defence, Mr. Sergei Shoigu with Defence Minister of India, Mr. Manohar Parrikar.

Both Defence Ministers recalled the discussions between Prime Minister Modi and President Putin last month which were constructive and fruitful. The two Defence Ministers resolved to carry forward the understanding reached during the summit meeting in order to further strengthen the special and privileged strategic partnership between the two countries. The two sides reviewed the entire gamut of defence cooperation. They expressed confidence that the cooperation would be taken forward and be further strengthened.

Both sides reviewed the ongoing area of defence cooperation and projects. They fdecided to hold interactions at regular intervals to conform to project deadlines.In this context, Mr. Parrikar mentioned India’s policy of ‘Make in India’ and sought Russian defence enterprises’ participation in a big way. The two Defence Ministers also discussed possible future areas of cooperation in high technology defence platforms as well as armament for the three Services.

Besides signing the agreed protocol, the two leaders also witnessed the signing of an Agreement on exchange of Flight Safety Exchange Information.

The two Defence Ministers expressed satisfaction over the successful conduct of joint exercises conducted individually between Army, Navy and Air Force of both sides in 2014. This is the first time that all three Services have done joint exercises in a year. The two Defence Ministers also noted that both sides are working together to progress cooperation in the field of training.

The two sides resolved to continue to meet at regular intervals to carry forward an already robust defence cooperation between the two countries.