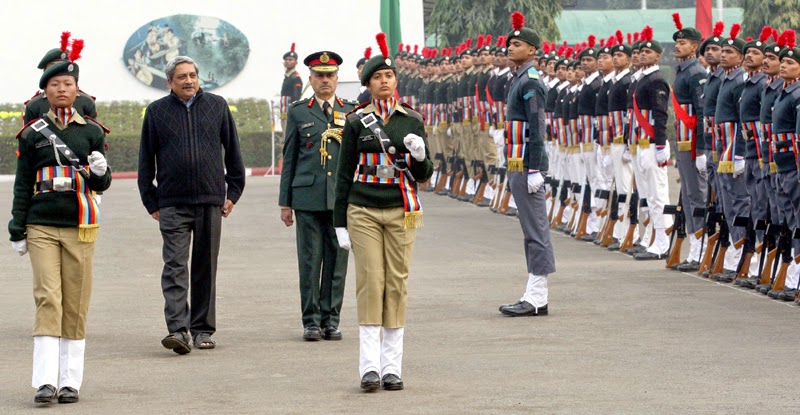 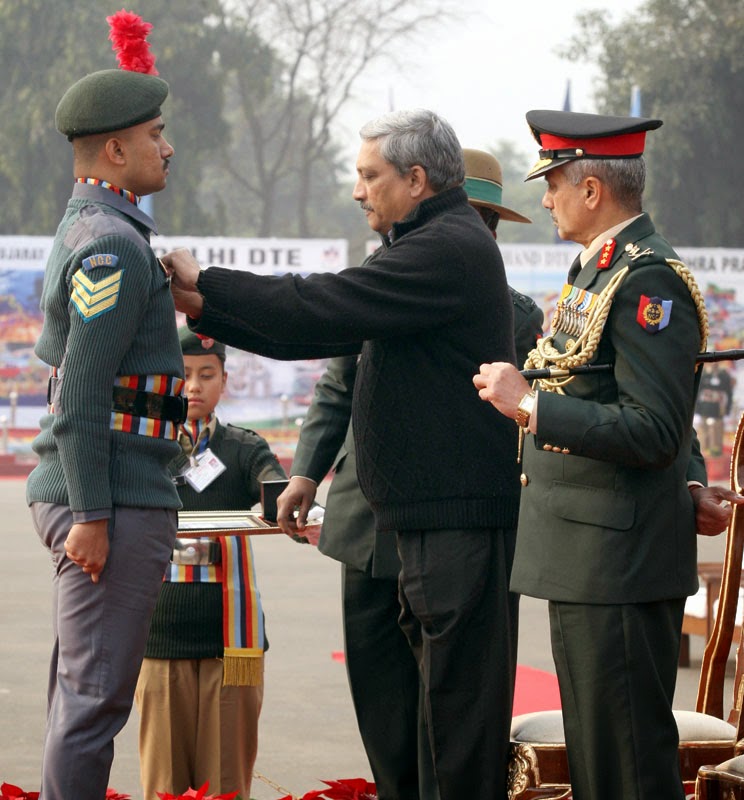 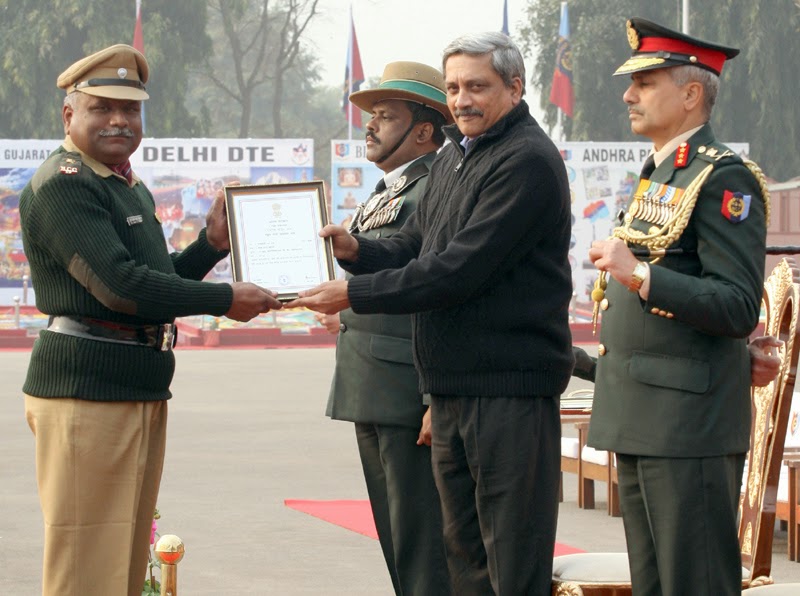 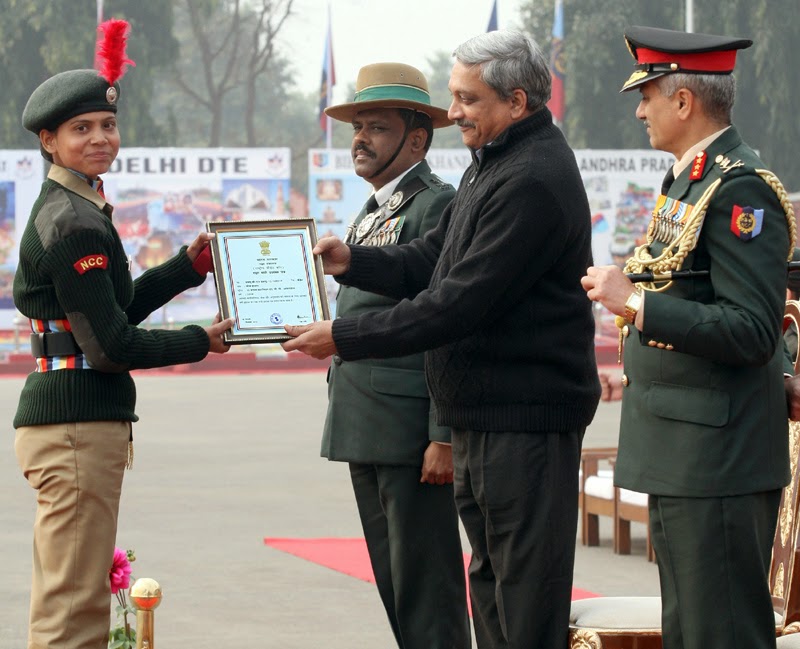 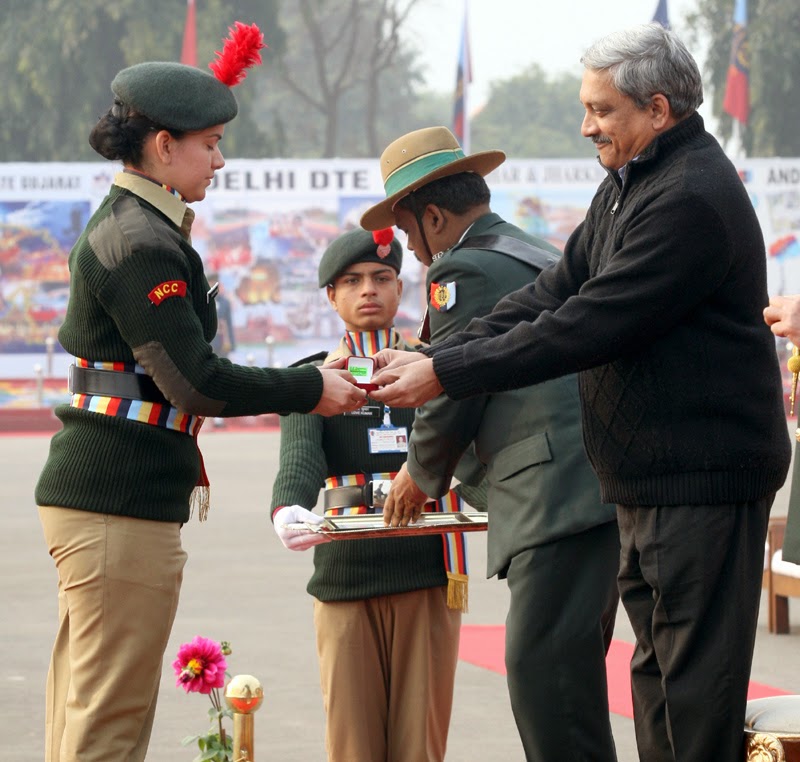 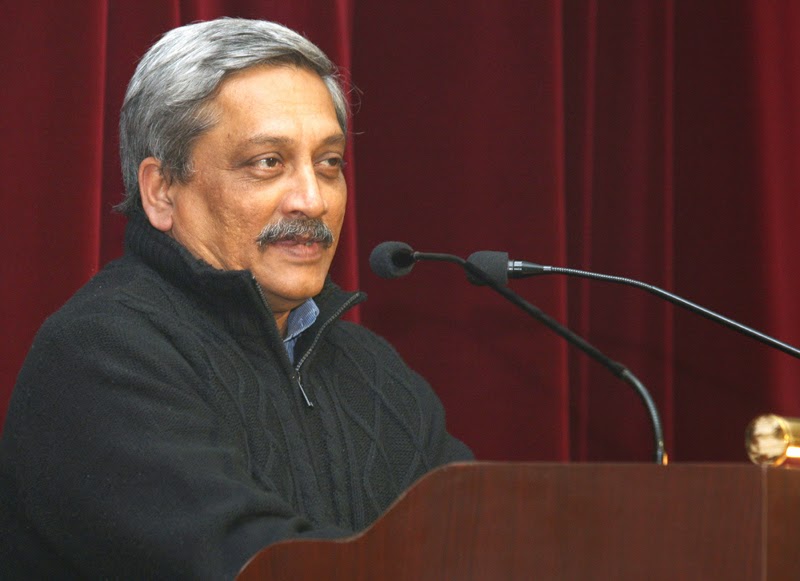 The Defence Minister visited the 'Flag Area' where he was briefed by cadets on their respective colourful tableaux of State contingents depicting various contemporary socio-economic themes elaborately illustrated and brilliantly displayed.

Later, the NCC cadets presented an impressive cultural programme showcasing the rich and diverse cultural heritage and National Integration. In his address, the Defence Minister complimented the cadets for their superlative performance. He said that the NCC is doing a yeoman service to the nation by transforming the ‘youth of the nation’, which has the largest and youngest population profile in the world. He was very much impressed with the performance of the cadets depicting the message of cleanliness. He said this is not a programme but cadet should incorporate this habit of cleanliness into their day-today life. Earlier on his arrival the Minister was received by the Director General NCC, Lt General A Chakravarty. A contingent of smartly turned out NCC cadets drawn from the three wings of Army, Navy and Air Force presented an impressive Guard of Honour to the Defence Minister.