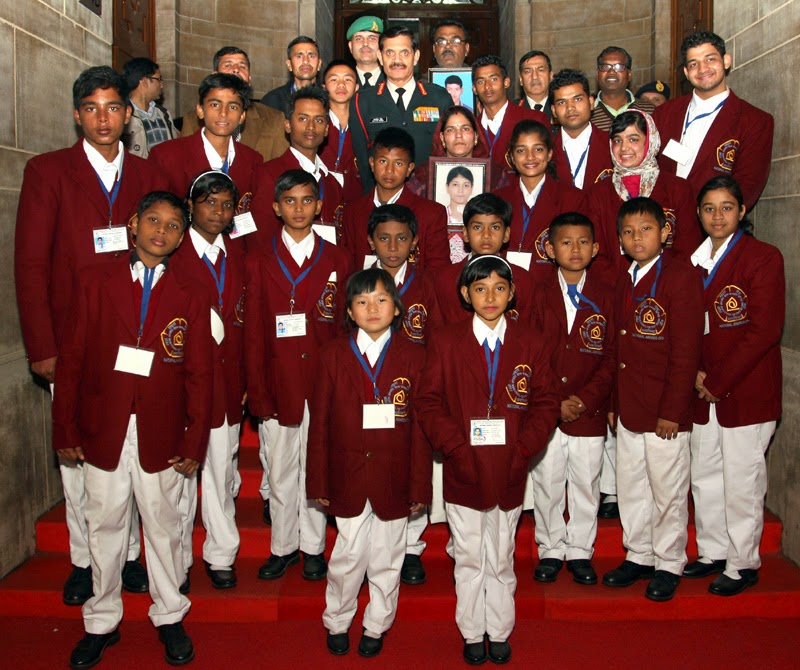 General Dalbir Singh, COAS felicitated the National Bravery Awardees at South Block on 20 Jan 2015. The awardees included 24 children (8 girls including 2 posthumously and 16 boys including 2 posthumously) from across the country. They will be honoured on 25 Jan 2015 by Hon’ble President of India and will also from part of 26 Jan 2015 Republic Day Parade. The COAS congratulated them and stated that they were a symbol of courage, motivation & inspiration for the children of the country.