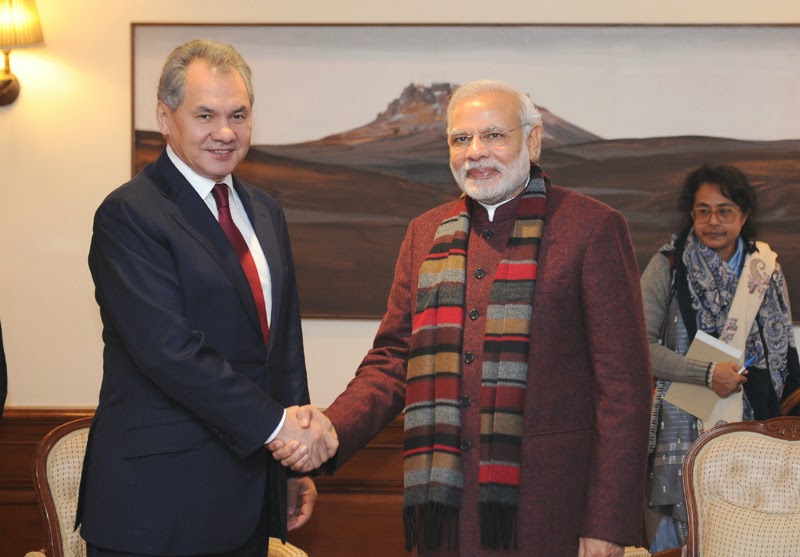 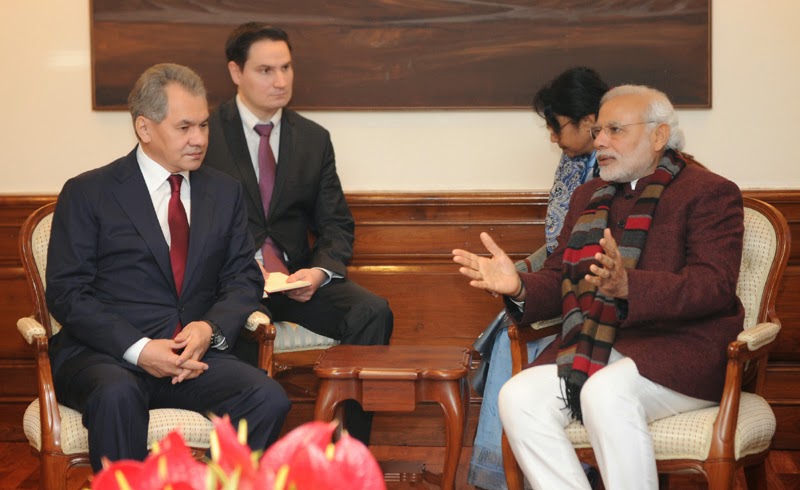 Prime Minister Modi recalled a very successful visit of the Russian President Vladimir Putin to India in December 2014 and conveyed that the time tested special and privileged strategic partnership between India and Russia acquired a new momentum with the visit of President Putin.

Prime Minister conveyed that he looked forward to visit Russia later this year for the 7th BRICS summit and for the bilateral Annual Summit.

Mr Sergei Shoigu is visiting India for the 14th meeting of the Inter Governmental Commission on Military and Technical Cooperation which is co-chaired by the Defence Minister of India.

Email ThisBlogThis!Share to TwitterShare to FacebookShare to Pinterest
Labels: Russia