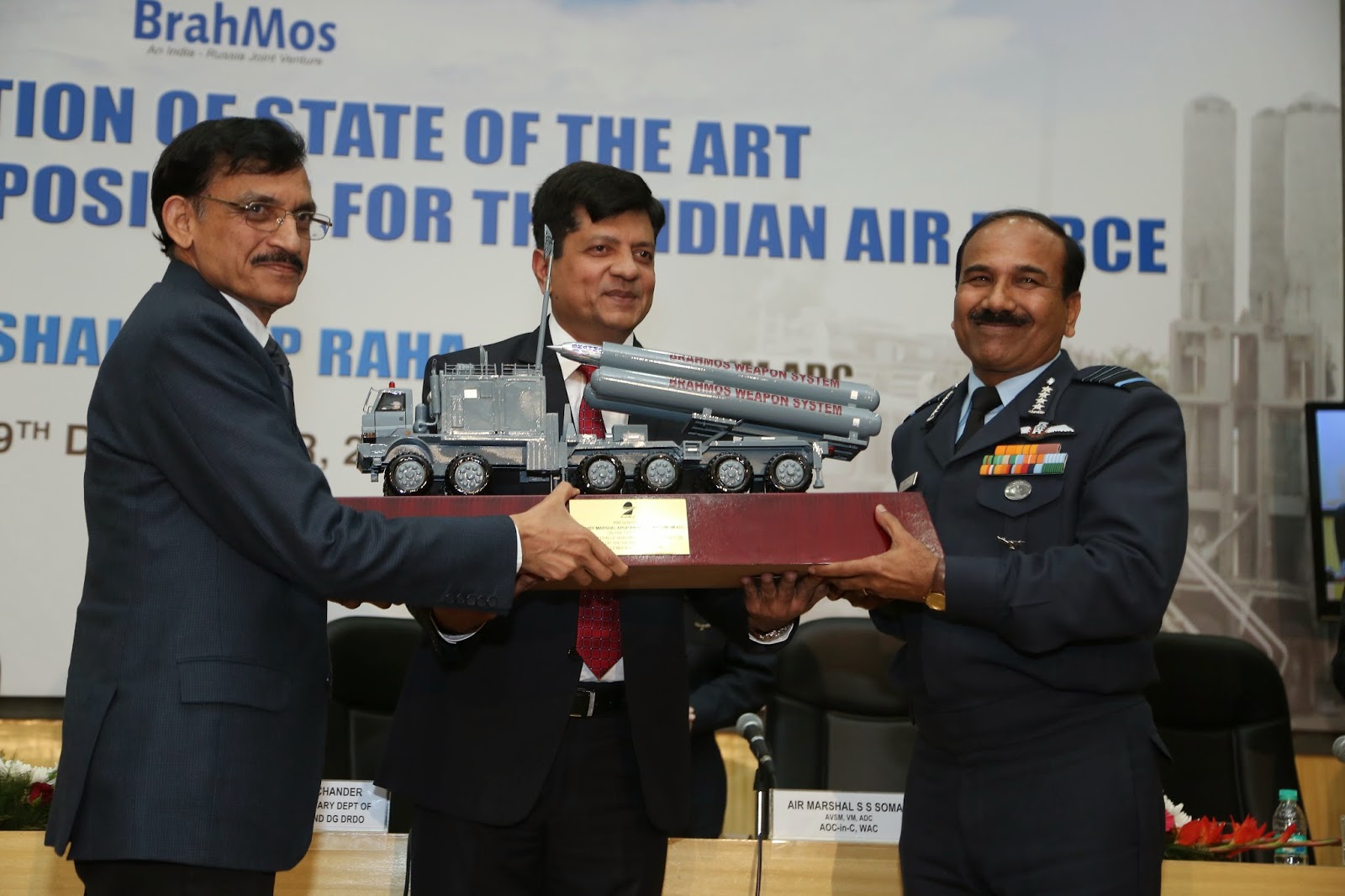 The BRAHMOS missile system was inducted into the Indian Navy in 2005 after a series of successful test launches starting from 2001. The commencement of deliveries of the land-attack BRAHMOS in Indian Army started from 2007. With the induction of the land based weapon complex for the Indian Air Force, BRAHMOS has now been successfully inducted into all the three wings of the Armed Forces.

The Su-30 MKI armed with BRAHMOS missile is a combination of lethal strike with the ability of air fighting within and beyond the visibility range. It will provide IAF with the capability of attacking targets protected by powerful air defence assets, including aircraft carriers.

Jointly developed by India and Russia, BRAHMOS is a precision strike weapon for Army, Navy & Air Force. This universal missile can be fitted in ships, Mobile Launchers, Submarines and Aircraft against land and sea targets.

Thank you for your interesting and informative blog. I have enjoyed reading it and appreciate the work you have put into it. Here is some relevant information for you to review .
Kids Tactical Vests