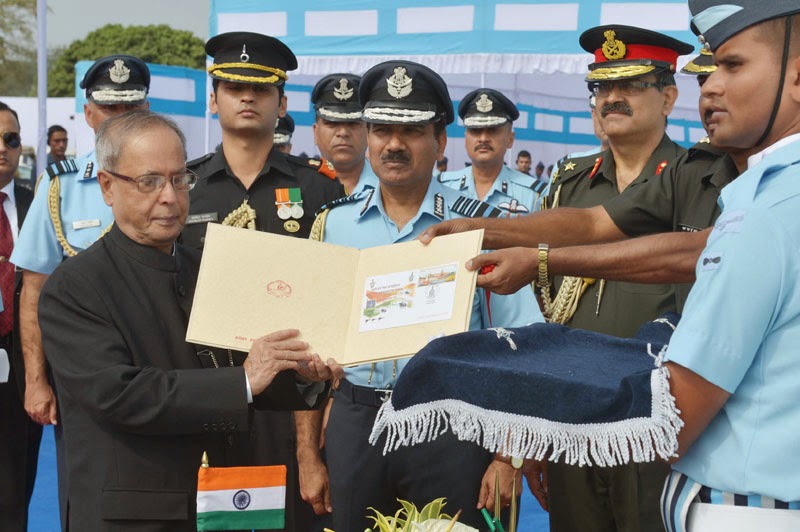 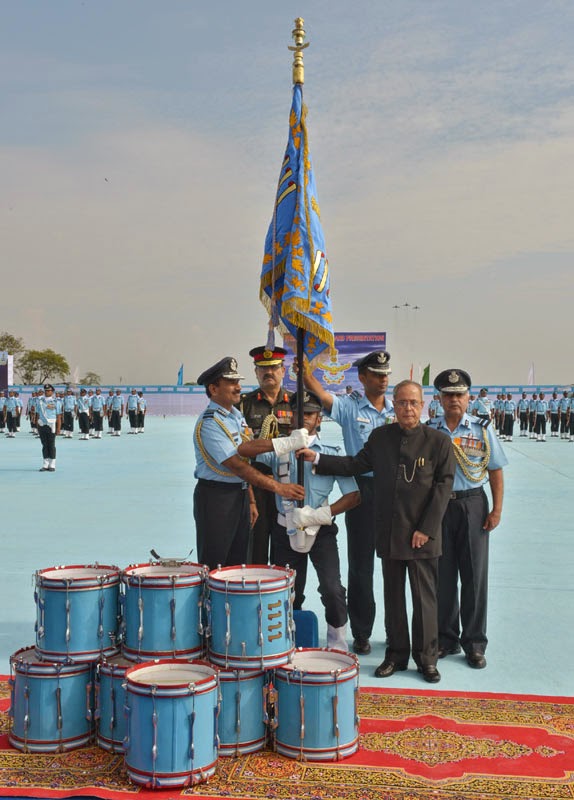 The President, Shri Pranab Mukherjee awarding the Standards to 115 Helicopter Unit and 26 Squadron of Indian Air Force, at Tezpur, in Assam on November 21, 2014. The Chief of the Air Staff, Air Chief Marshal Arup Raha is also seen.

Speaking on the occasion, the President said that it gave him immense pleasure to be there at Air Force Station Tezpur, one of the premier Air Bases of the Indian Air Force in the Eastern Sector, to award Standards to 115 Helicopter Unit and 26 Squadron. These distinguished flying Units have a glorious past and a rich tradition of professional excellence. Since their inception, they have rendered illustrious service to the Nation and done us proud. He stated that their rich heritage and stellar efforts in the pursuit of excellence have set a benchmark for others to emulate. For their selfless devotion, professionalism and courage in the face of adversity, the Nation honours them today with a deep sense of gratitude and appreciation.

The President said that to preserve peace and harmony and promote all round development, it is imperative for us to have an effective deterrence and a strong defence. Though as a Nation we are firmly committed to peace, we must be prepared to use our might to safeguard the sovereignty of our Nation, should the need ever arise.