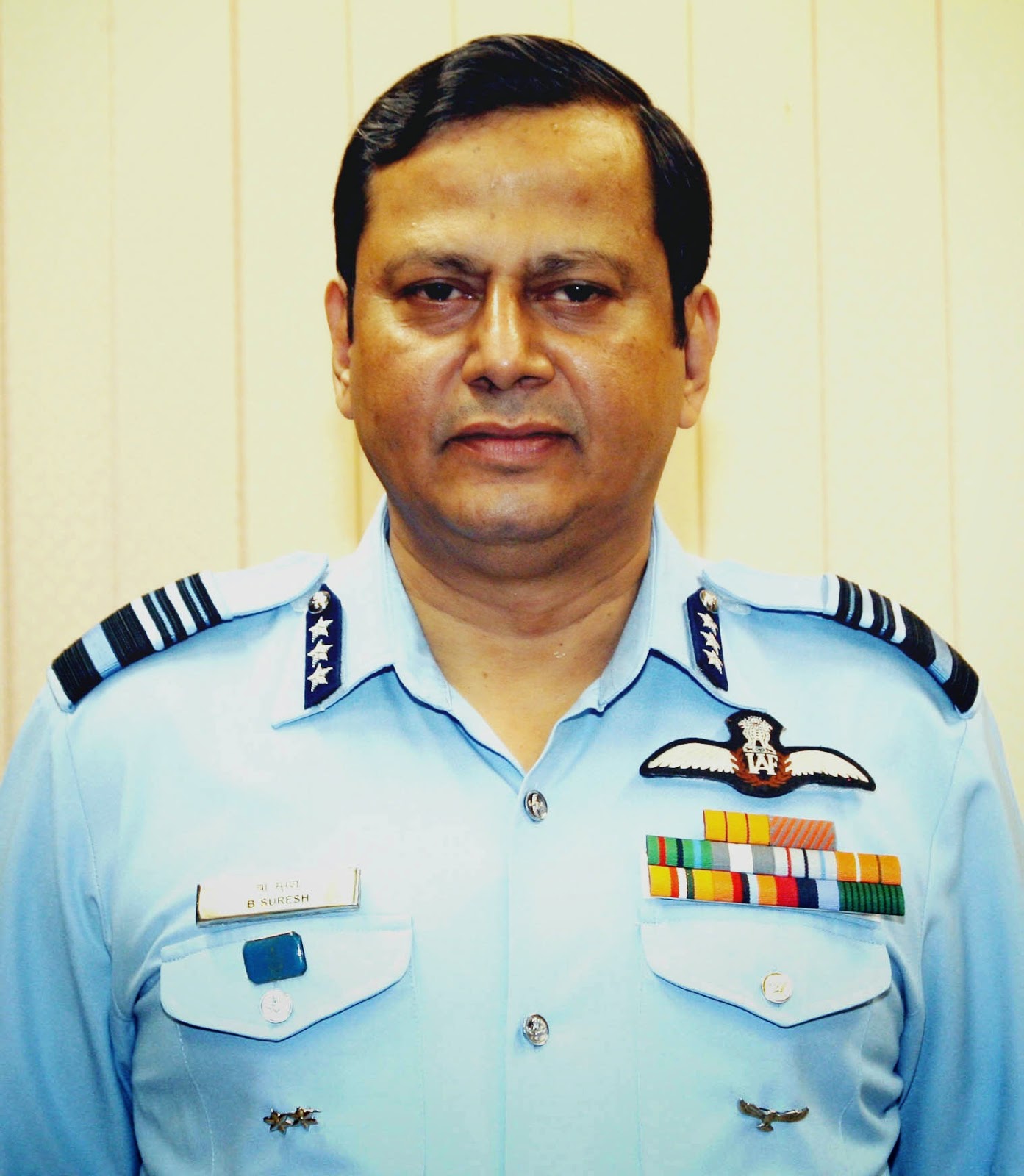 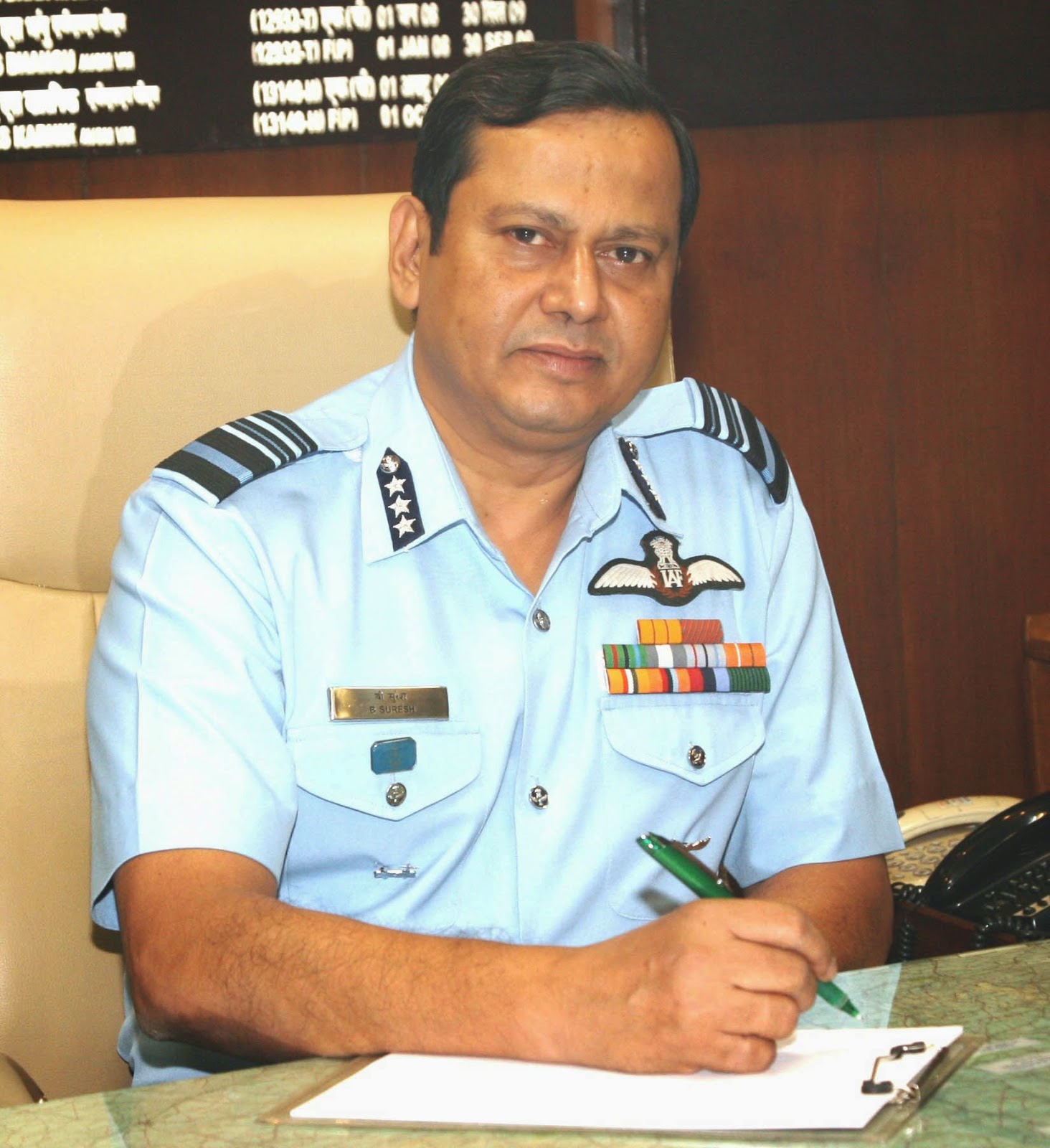 The Air Marshal is a graduate of the ‘Rashtriya Indian Military College’, Dehradun, and the ‘National Defence Academy’ Khadakwasla. He was commissioned as a fighter pilot in the Indian Air Force on 13 Dec 1980.

He is a meritorious graduate of the ‘Tactics and Air Combat Development Establishment’ (TACDE), a graduate of the ‘Defence Services Staff College’, Wellington, and a post graduate from Cranfiled University, Shrivenham UK. He commanded a leading fighter squadron as a Wing Commander and TACDE as a Group Captain. He has flown a variety of fighter aircraft and helicopters.

He has held a number of staff appointments that include Joint Director and Director (Air Staff Inspection), Director Operations (Joint Planning), Directing Staff (TACDE) and Air Assistant to Chief of the Air Staff. Prior to taking over the present appointment, he was Assistant Chief of Air Staff (Air Defence) at Air Headquarters, Vayu Bhawan.

Air Mshl B Suresh is married to Mrs Radha Suresh and they have a son and a daughter.