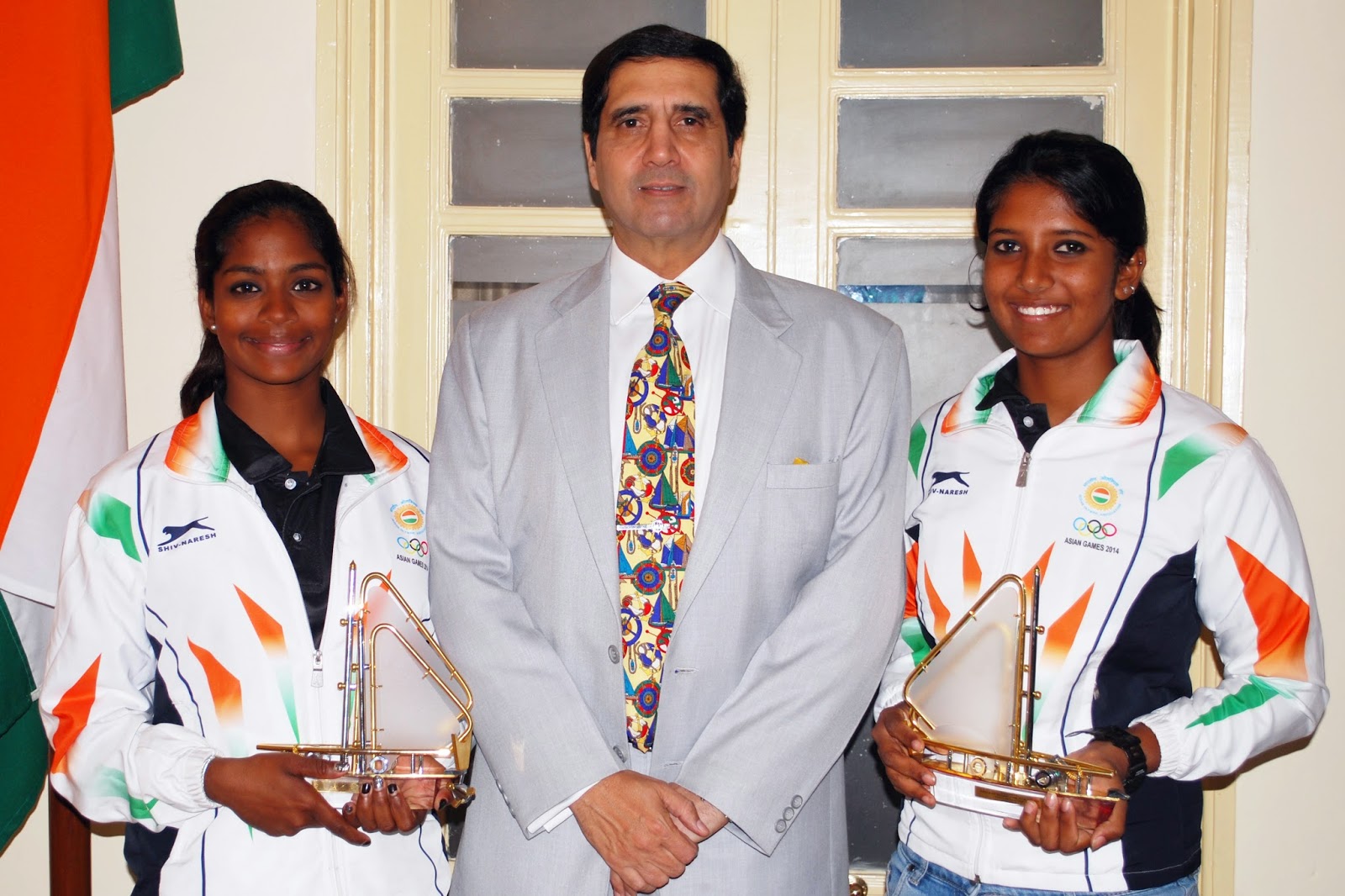 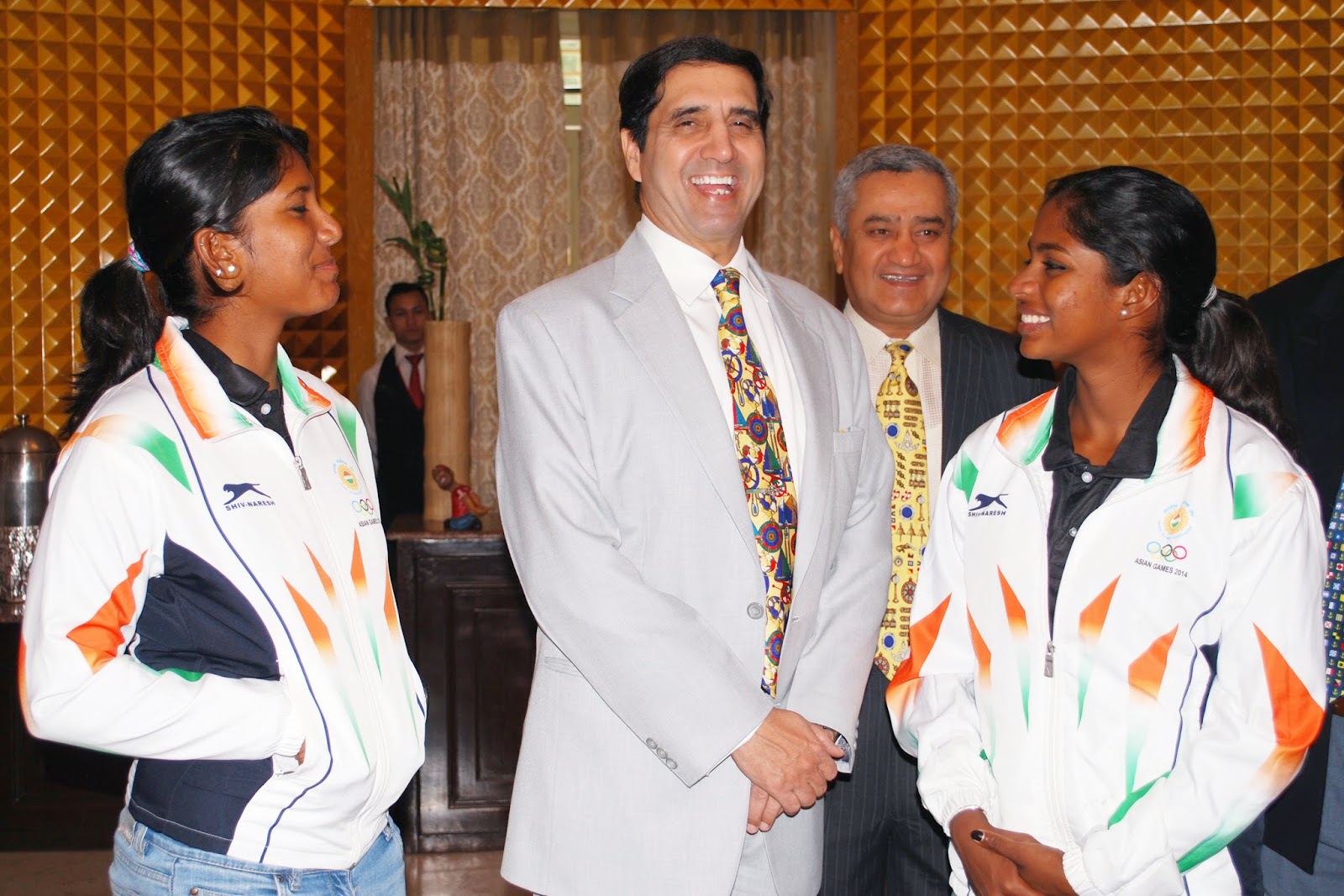 Ms. Varsha and Ms. Aishwarya, winners of the Bronze Medal at the recently concluded Asian Games at Incheon, S Korea are the first Girls team to have won a medal in sailing competition for India. They are also the youngest yachtspersons to have ever won a medal for India in sailing at the Asian Games.

Lauding the players for their achievement, Admiral Dhowan said the improved performance of our young sailors, across all classes of boats, was very heartening and indicative of more medals which could be won in future. During the interaction, Admiral Dhowan urged the yachtspersons to practice hard and win laurels in the forthcoming Olympics at Rio de Janerio, Brazil in 2016.
Lt Gen Bhalla said that the players would be provided all possible support so that they do well in the Olympics.The Chief National Coach, Mr Peter David Conway, a British National, who was responsible for coaching the Indian contingent at the Games, was also present.