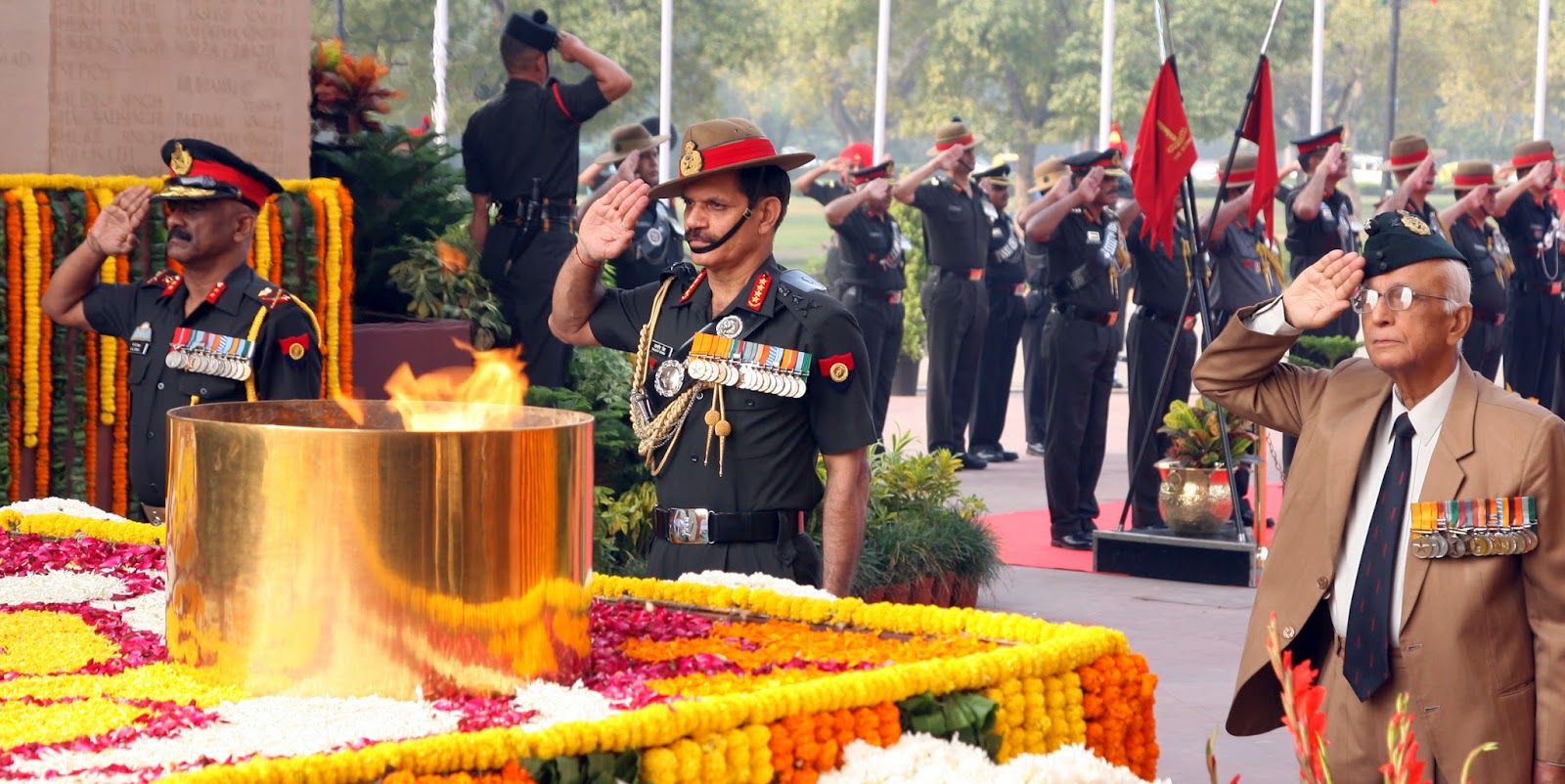 The 68th Infantry Day is being celebrated today.  This day has a unique significance for Infantry, as it was on this day in 1947, that Indian Infantry first air landed at Srinagar and reversed  the tide of a fierce battle in Kashmir that saved the State of Jammu and Kashmir from falling into the hands of Pakistani mercenaries, thereby, creating a legacy for independent India.

27th October is an apt reminder of the Infantry’s grit and determination to rise to the occasion to defend the country’s honour and sovereignty, no matter how grave or serious the threat may be.

As part of the Infantry Day celebrations, ‘Wreath Laying’ ceremony was held at ‘Amar Jawan Jyoti’, at India Gate to honour the martyrs of the Infantry, who have made supreme sacrifice for the honour and safety of the country. The Chief of Army Staff, Gen Dalbir Singh, laid the wreath as the senior most serving Infantryman.  Lt Gen Chandra Shekhar (Retd) laid a wreath on behalf of all the veterans of Infantry. The ceremony was attended by the Colonels of the Regiment of Infantry and soldiers from all the Infantry Regiments. In his message to all Infantrymen on this momentous day, the COAS exhorted all infantrymen to rededicate themselves to uphold the values of courage, honesty, integrity and devotion to duty which is the unique ethos of the Infantryman and to remain indomitable in their resolve to defend the integrity and sovereignty of our country in the highest traditions of the Indian Army.