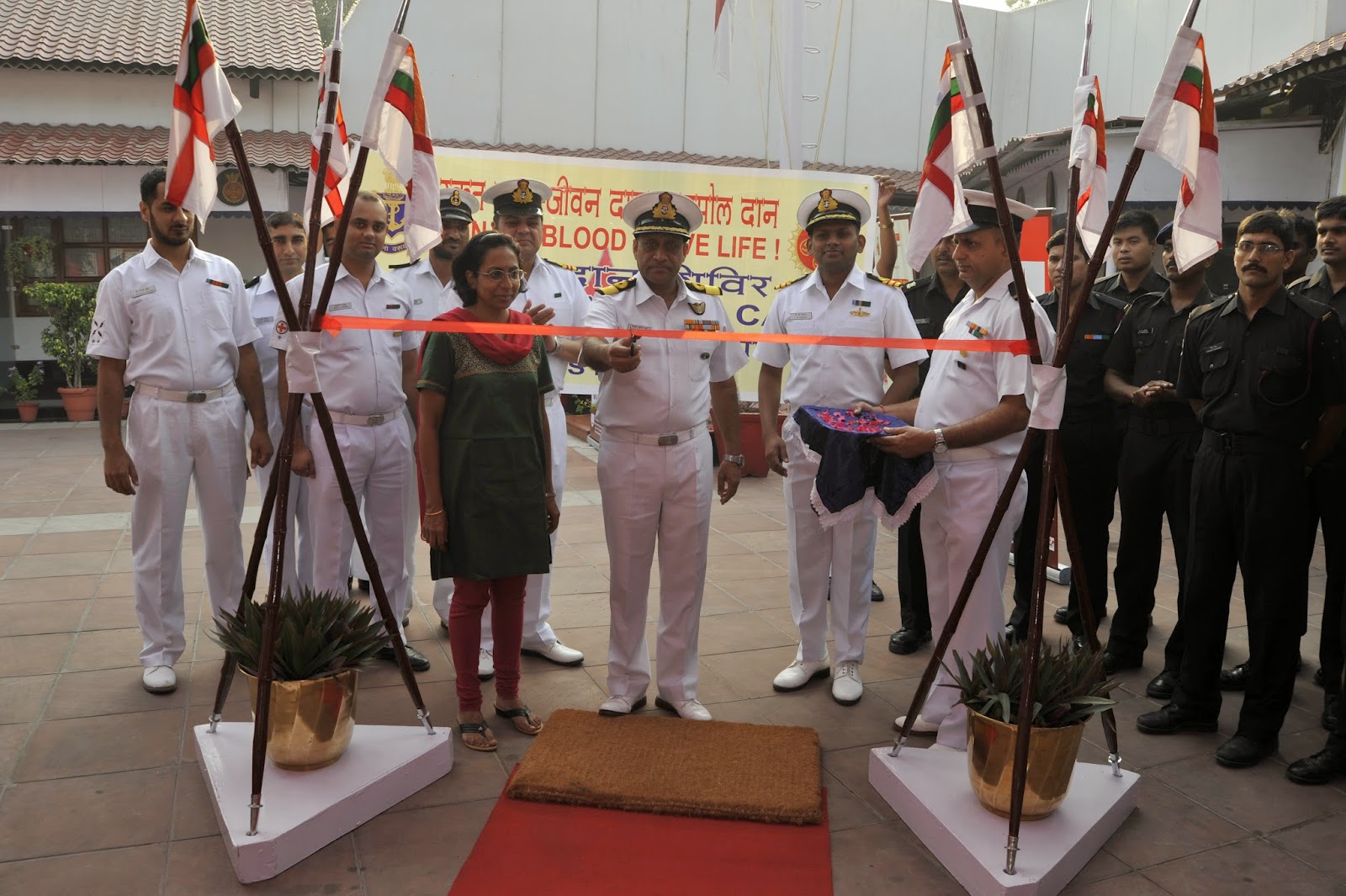 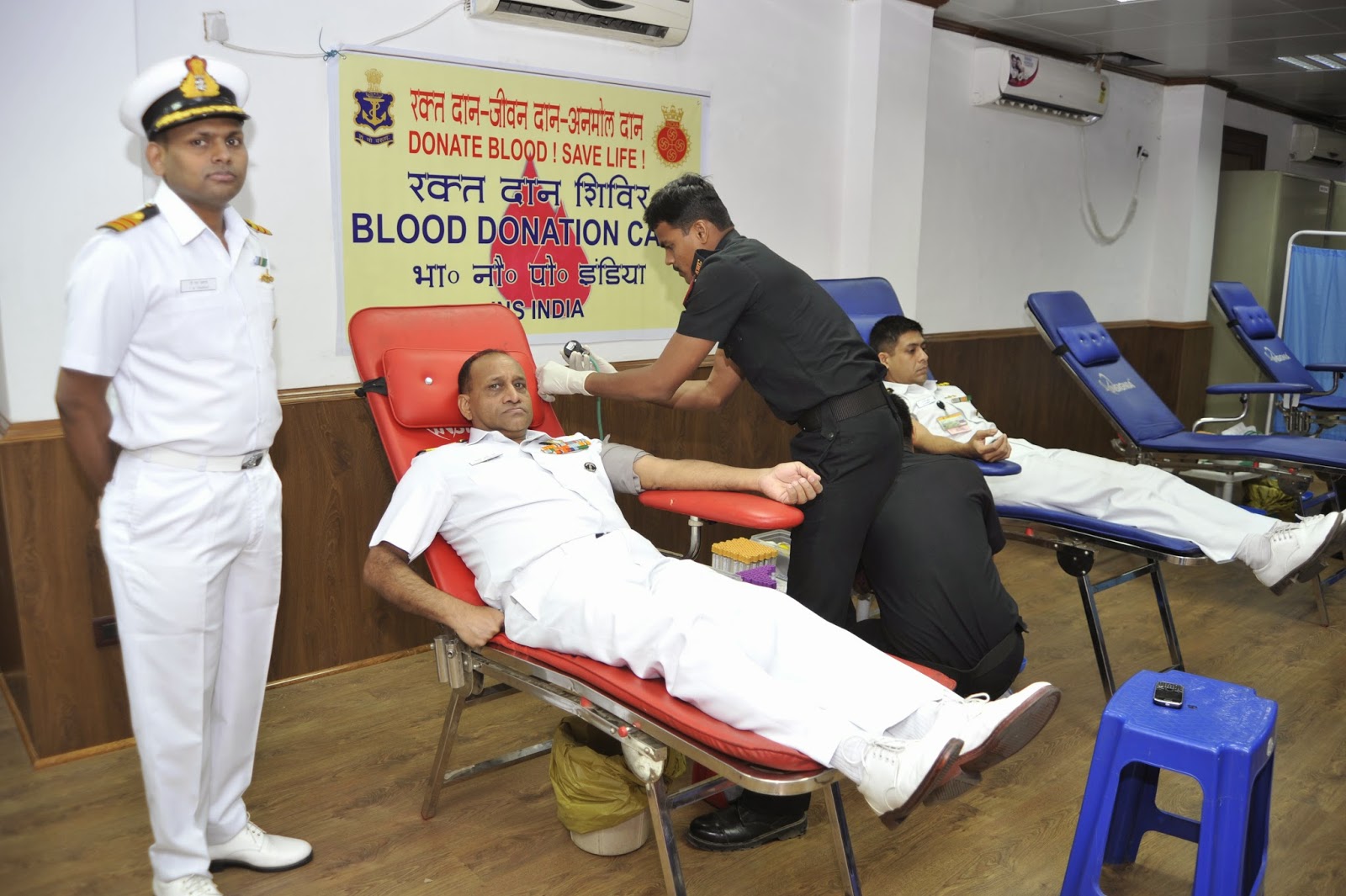 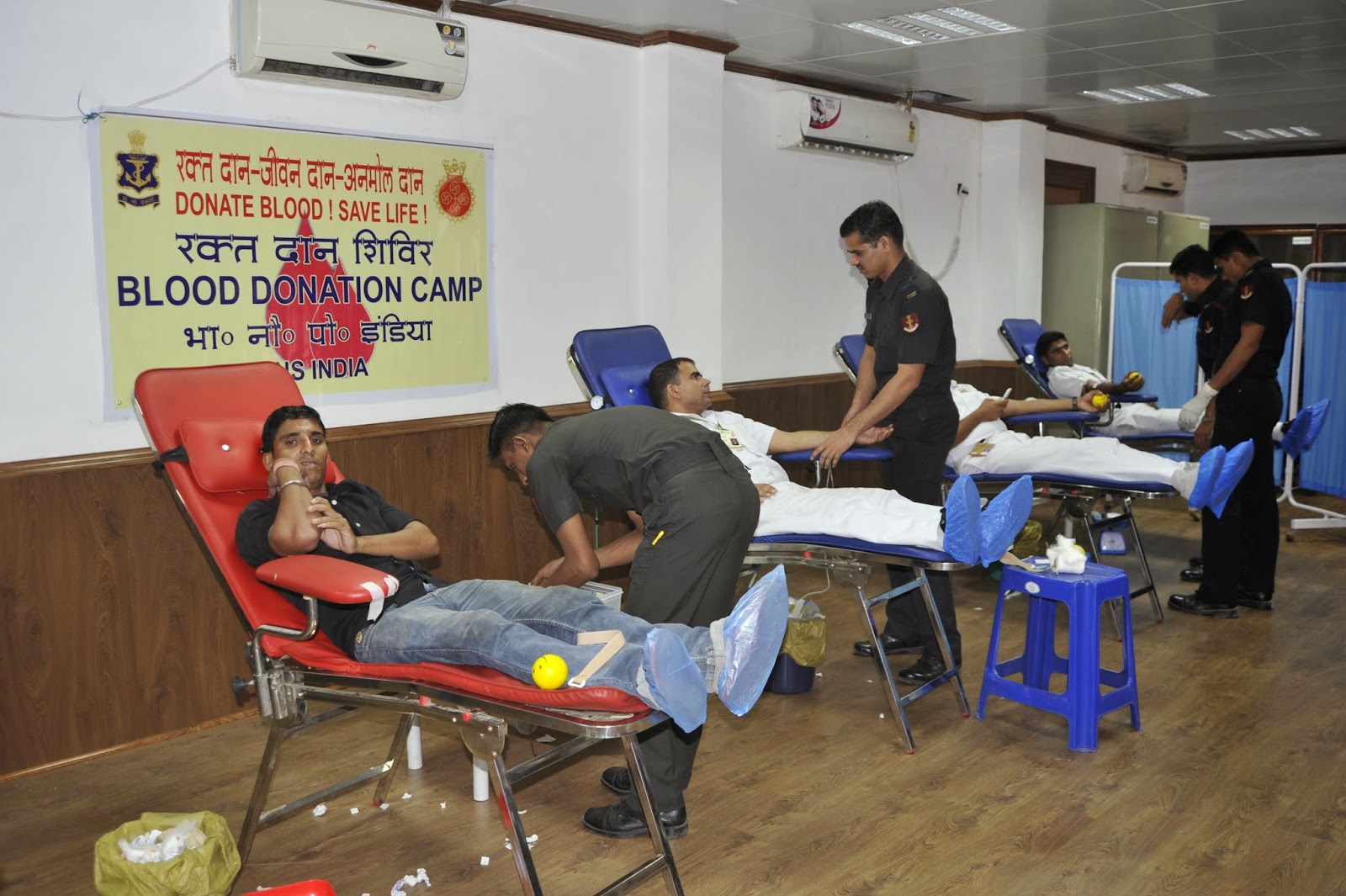 As a very first activity of the Navy Week for the year 2014, Indian Navy conducted a Blood Donation Camp today in coordination with the Armed Forces Transfusion Centre at INS India.
This camp was inaugurated by Commodore Vijesh Kumar Garg, Commanding Officer and Station Commander (Navy) Delhi Area.  Naval personnel and their families and civilians working within INS India donated blood for a noble cause.  A record number of 343 units were collected during the blood donation camp.  Many senior officers of the Navy also donated blood along with sailors and civilian personnel.  An encouraging aspect of the camp was the sizable participation in blood donation by ladies and civilian personnel.  Surg Vice Admiral T Sinha DGMS (Navy) visited the camp and appreciated the noble initiative and arrangements.