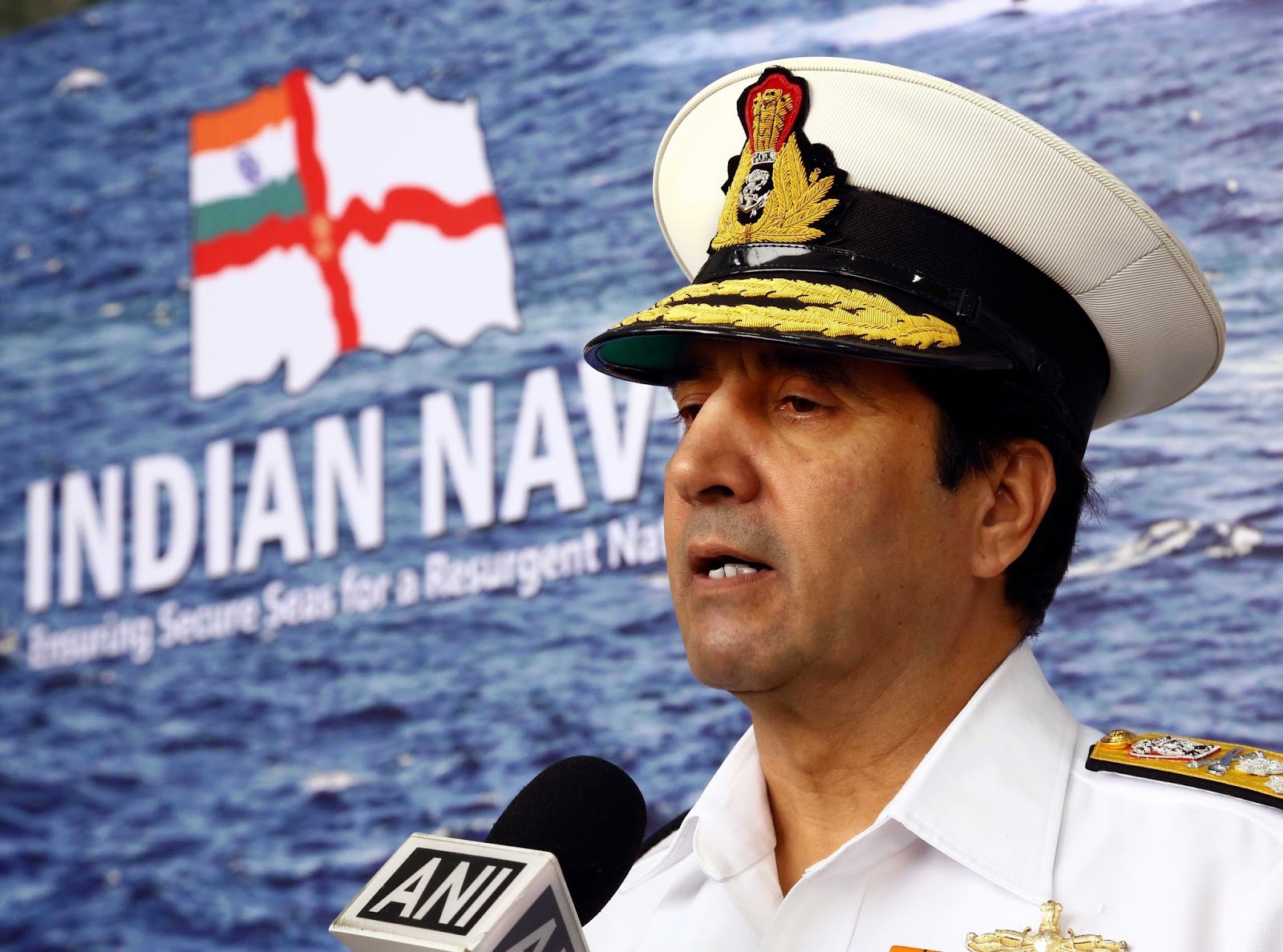 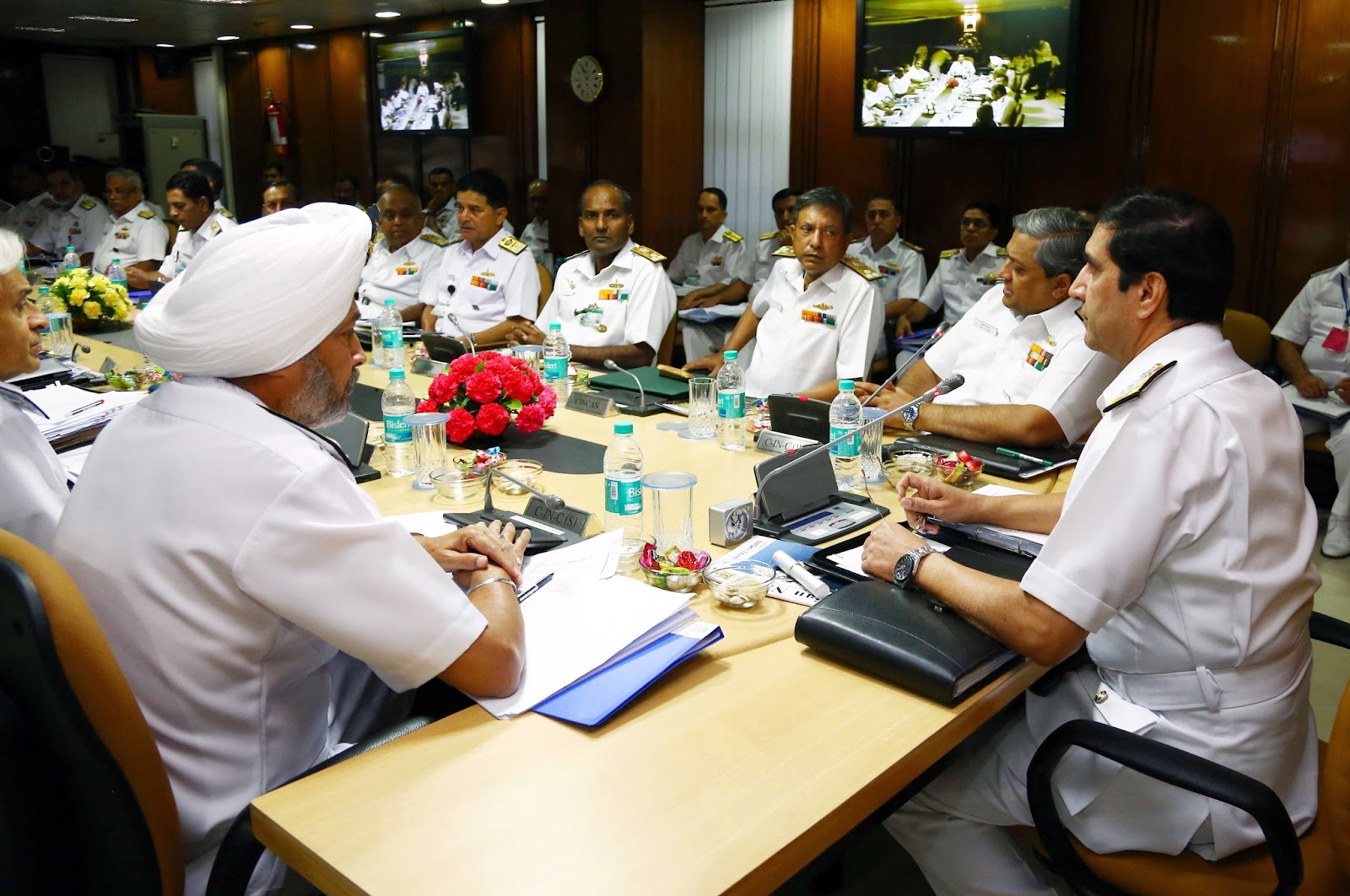 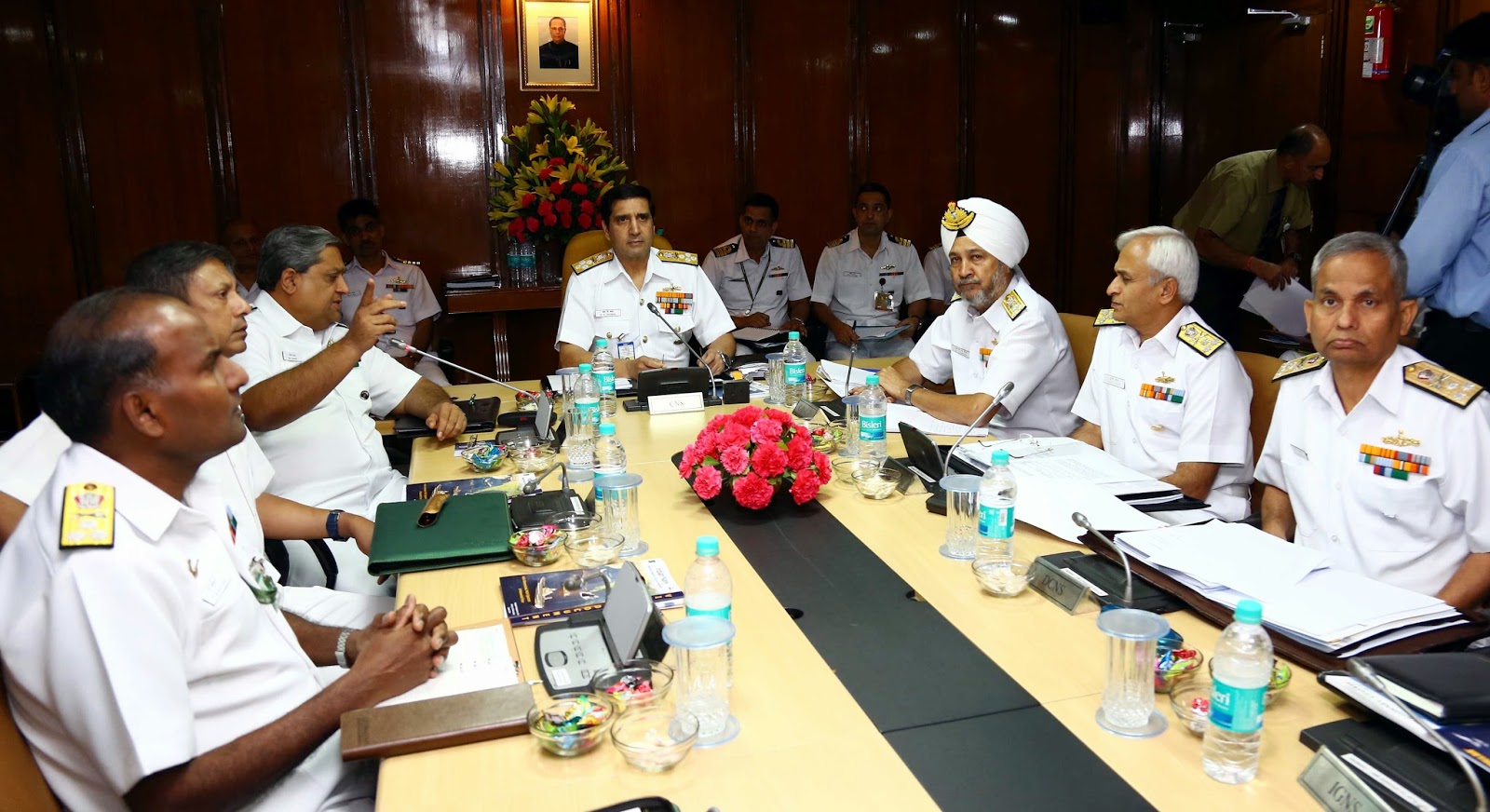 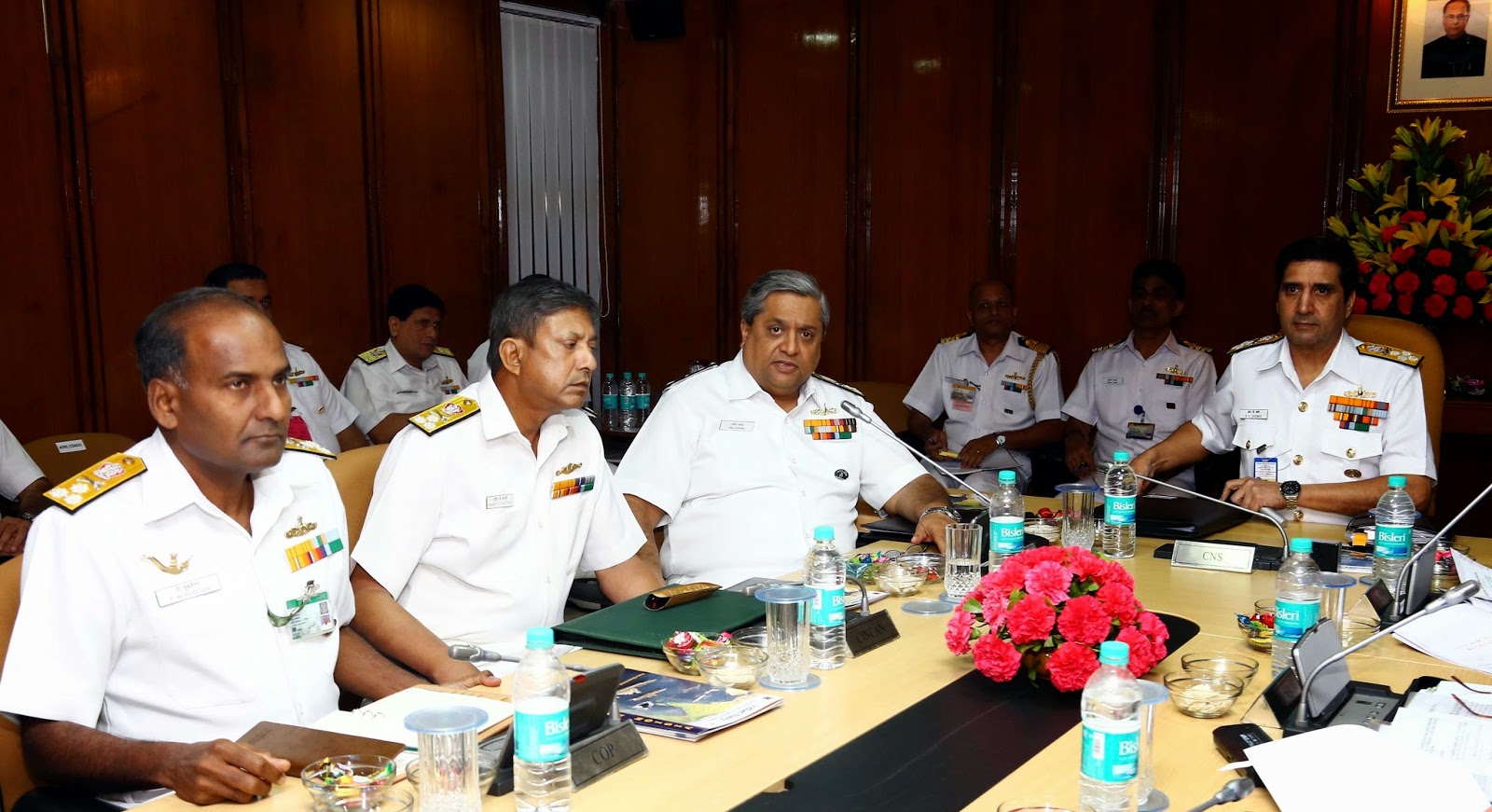 The second edition of the bi-annual Naval Commanders' Conference commenced at New Delhi today. As has been the practice, the conference (from 14-16 Oct 14) is being held to discuss issues of operational relevance as also to identify capability gaps and review the future plans and activities of the Indian Navy. Admiral RK Dhowan PVSM AVSM YSM ADC, Chief of the Naval Staff met the Naval Commanders to conduct these discussions. In particular, he took stock of the relief efforts being undertaken by the navy in the aftermath of Cyclone Hudhud which hit the East coast of India at Visakhapatnam. The Admiral said that all ranks of the Navy have joined hands in the face of this natural calamity and pledged their whole hearted support in mitigating the hardships caused by the severe cyclonic storm. He said that the Indian Navy has been nominated as the lead service for the conduct of relief and rescue operations codenamed ‘Op Lehar’ in Andhra Pradesh & Odisha and will undertake operations with a whole navy approach i.e. the entire navy will do its best to respond to the situation through the Eastern Naval Command, with the aim of not only attending to the needs of the naval base and naval personnel, but also the entire town of Visakhapatnam and its citizens.

The Admiral reviewed the progress of various activities undertaken by the Eastern Naval Command for providing relief assistance. A few actions being taken by the command are as follows:-

(a)     More than a ten ships are ready to sail with relief material. Additionally, four more ships have been kept ready for sailing at short notice for relief operations.

(b)     Approximately 24 diving teams have been deployed in and around Vizag for relief operations.

(c)     Damage Assessment sorties by long range maritime reconnaissance (LRMR) aircraft P8I ex-Rajali and Dorniers ex-Dega to undertake damage assessment. Based on this, IN assets are being deployed with rescue and relief teams to best effect.

(d)     With sustained efforts, both runways of the airfield at INS Dega, which was flooded and damaged, have been made fit for flying operations since last evening.

(f)      In addition to the above, officers and men of the naval base at Vishakhapatnam are working to get the base back to its operational status at the earliest.

During the course of the conference, senior naval commander's are going to discuss several important issues, including sustaining of combat readiness, building capabilities for the future and addressing human resource challenges which are also the “thrust areas” of the Navy. Amongst other issues, deliberations would also be held on the means to enhance Battle Space & Maritime Domain Awareness, review of progress made in strengthening coastal security, operationalisation of  NC3I project for  realisation of the multi-agency national network under National MDA,  maintenance philosophy and quality of refits for ensuring combat effectiveness of platforms, infra-structure development and foreign cooperation initiatives.