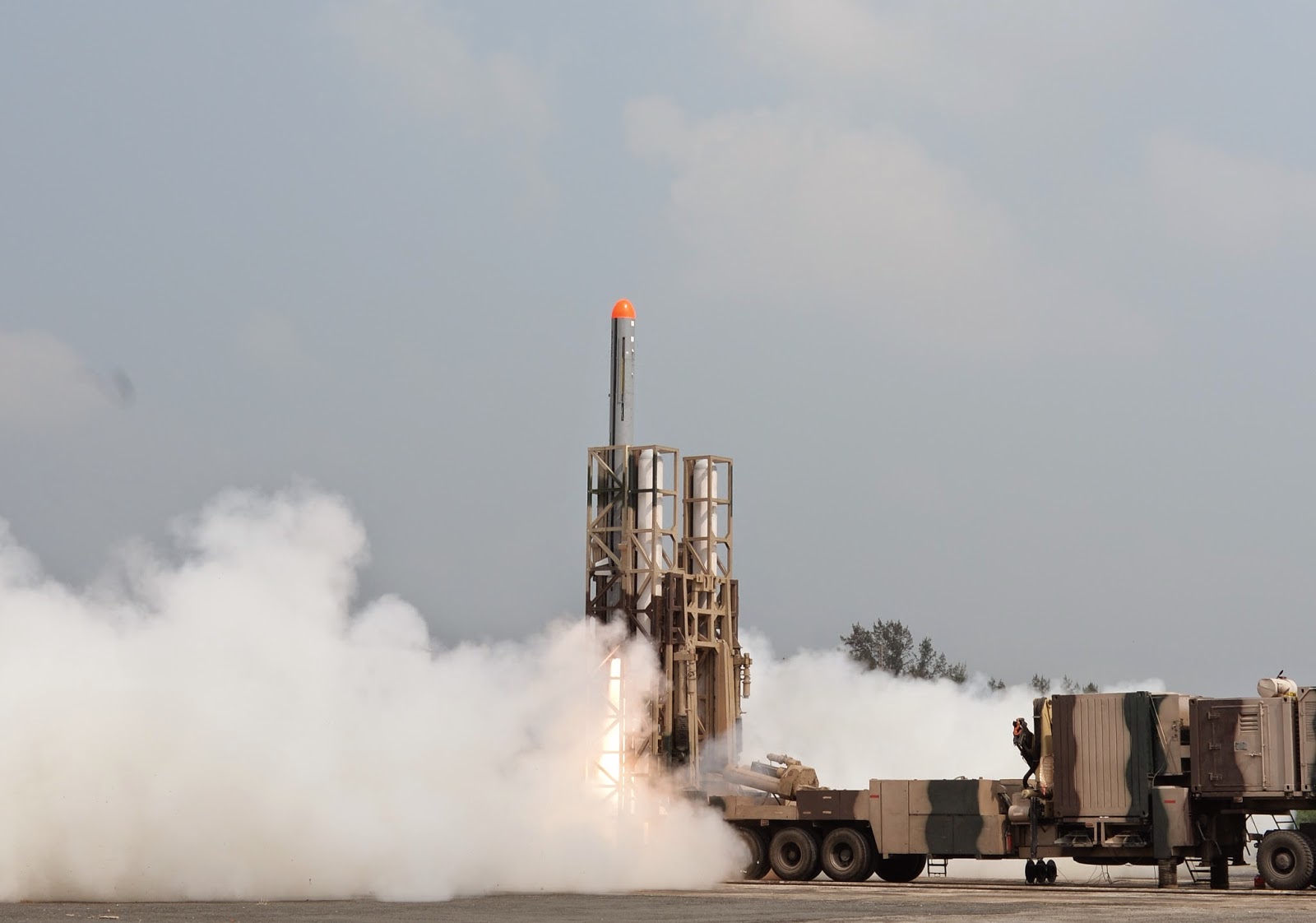 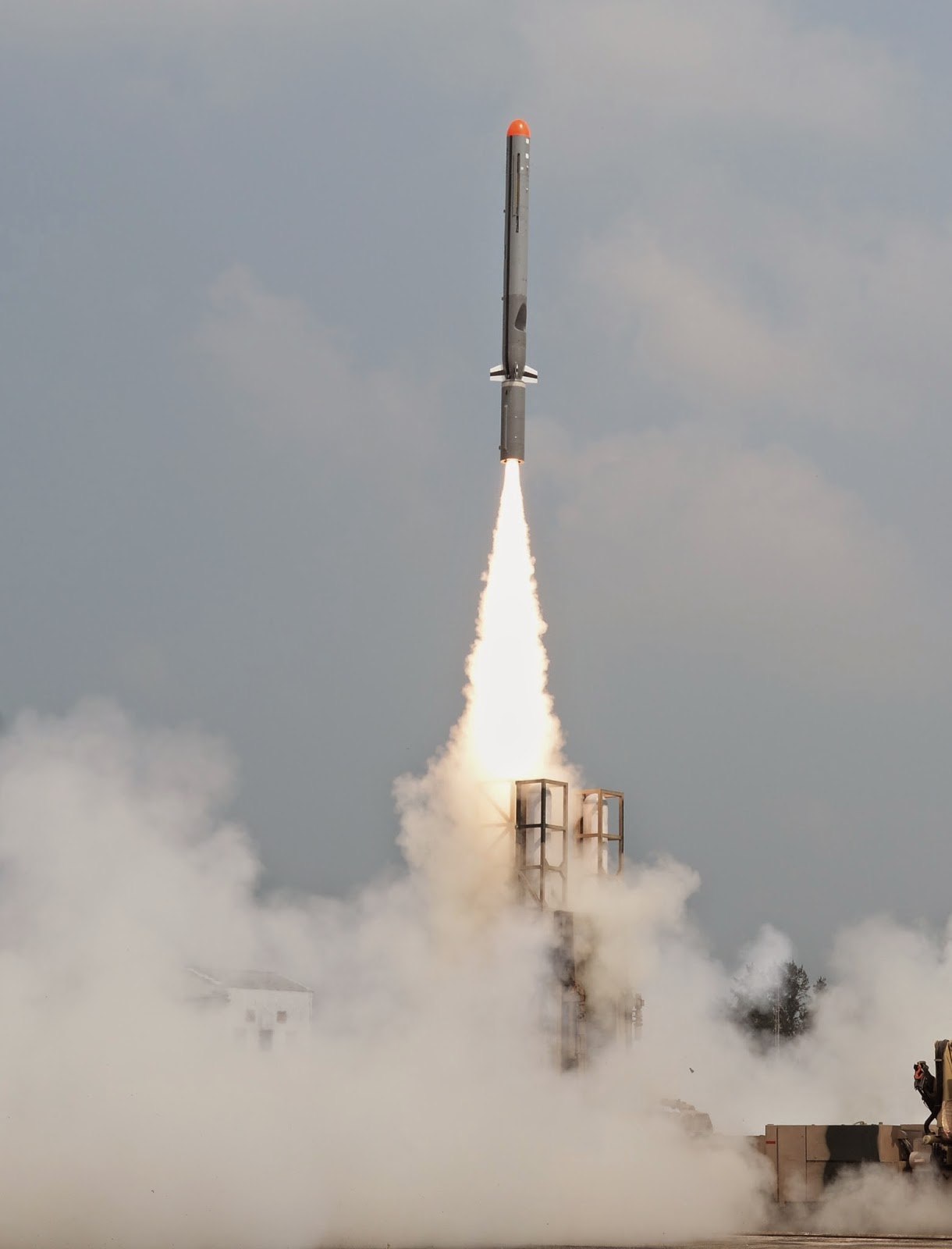 India's first indigenously designed and developed long range sub-sonic cruise missile Nirbhay was successfully flight tested today the 17th October 2014 at 1005 hrs from the Integrated Test Range (ITR), Balasore,  Odisha. The entire mission, from lift-off till the final splash down was a perfect flight achieving all the mission objectives.

The Hon'ble Raksha Mantri ji has congratulated Dr Avinash Chander,  the Scientific Advisor to Raksha Mantri,  Secretary Deptt of Defence R&D and DG DRDO and  the DRDO team on the successful flight trial of Nirbhay.

The cruise missile Nirbhay, powered by a solid rocket motor booster developed by the Advanced Systems Laboratory (ASL) took off majestically from a mobile launcher specifically designed for Nirbhay by the Vehicles R&D Establishment, VRDE; Both being DRDO laboratories. As it achieved designated altitude and velocity,  the booster motor got separated, the turbofan engine automatically switched on taking over the further propulsion and the wings opened up by the commands generated by the onboard computer (OBC) stabilising the flight. Guided by a highly advanced inertial navigation system indigenously developed by Research Centre Imarat (RCI) the Nirbhay continued it's flight that lasted a little over 1hr and 10 minutes. Throughout it's path, the missile was tracked with the help of ground based radars and it's health parameters were monitored by indigenous telemetry stations by team of professionals from DRDO's ITR and LRDE (Electronics & Radar Development Establishment). Additionally, the performance of Nirbhay was closely watched by an Indian Air Force aircraft.

"The missile maintained an accuracy better than 10 meters throughout it's path and covered a distance of more than 1000 km" informed Dr Avinash Chander speaking after the completion of the mission. "The successful indigenous development of Nirbhay cruise missile will fill a vital gap in the war fighting capabilities of our armed forces." Contined Dr Avinash Chander.

The 1000 kilometer class cruise missile with capability to strike deep in to the enemy territory,  has been designed and developed by the Defence Research and Development Organisation,  DRDO,  India's premier Defence R&D organisation at it's aeronautics R&D laboratory ADE (Aeronautical Development Establishment) based in Bengaluru, Karnataka. The missile is yet another giant step forward in India's technological capabilities for design development and leading to production state of the art weapons platforms and equipment for country's Armed Forces.

This was the second launch of Nirbhay cruise missile.  The maiden launch last year on 12th March 2013 was partial success achieving most of the mission objectives. The maiden flight had to be terminated for safety reasons due to malfunction of a component, after deviation from intended path was observed.

Earlier, the launch preparations and plans were authorised after thorough review by experts led by Dr Avinash Chander, under whose guidance the launch process was executed.