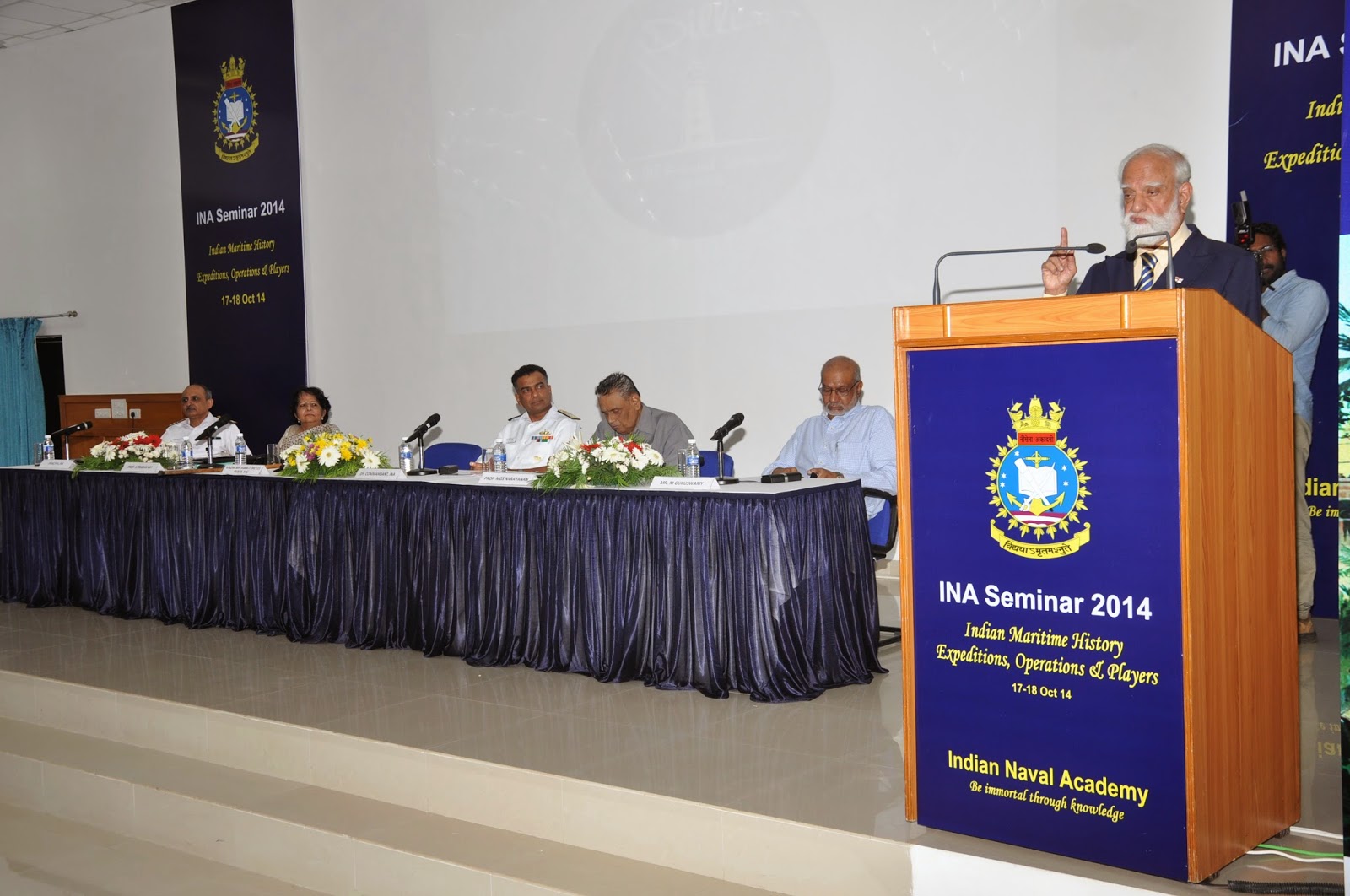 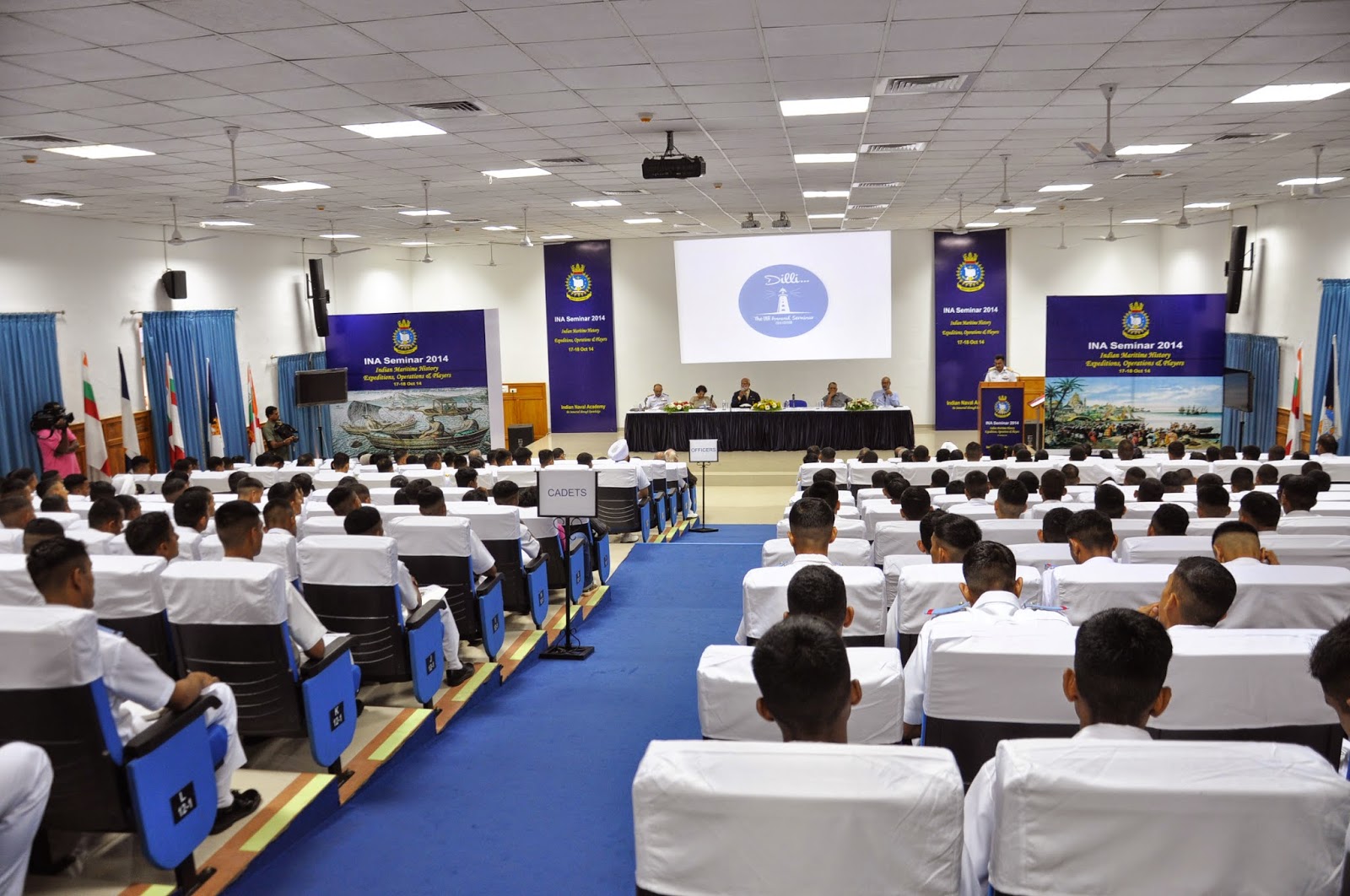 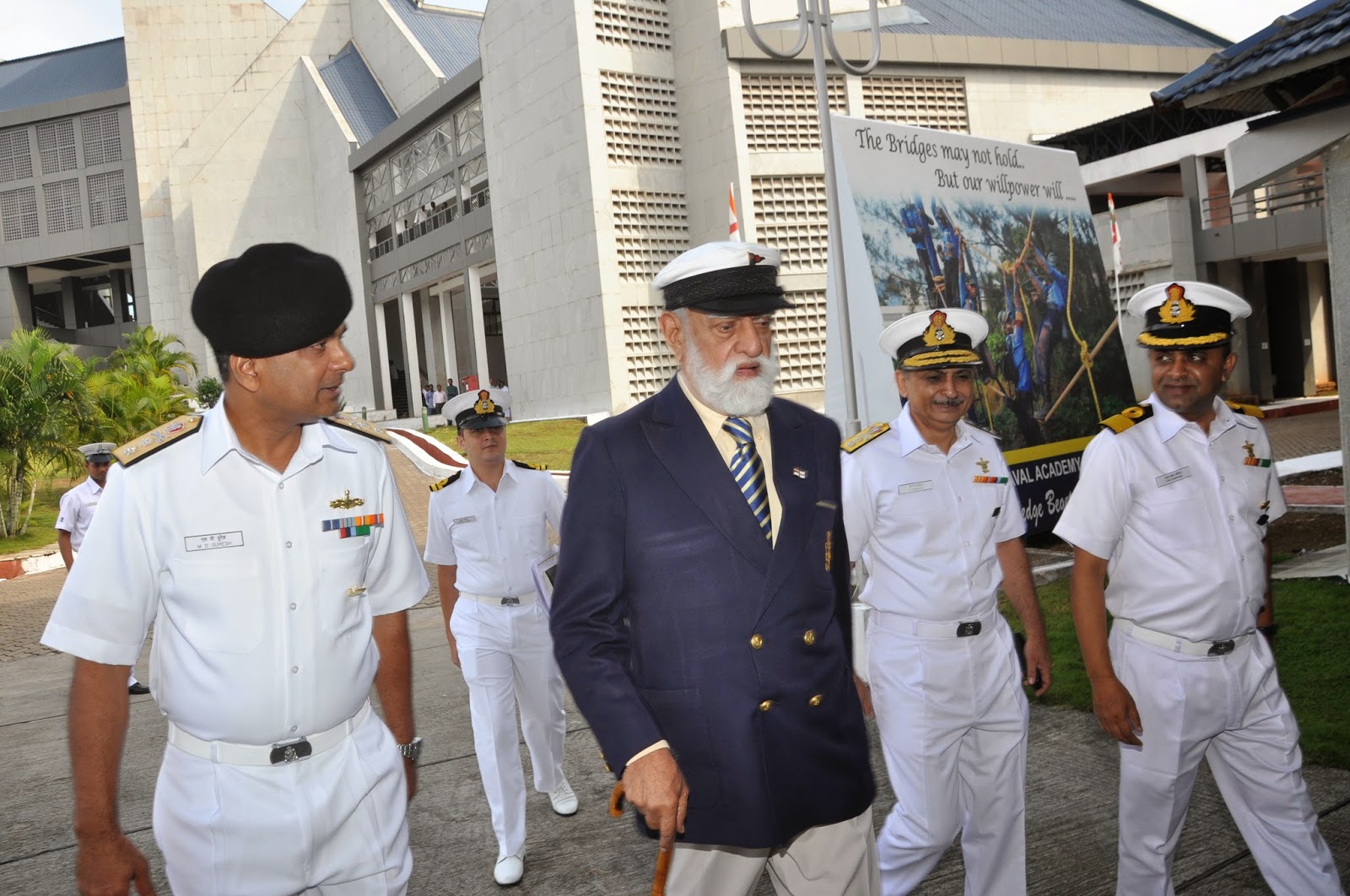 The seminar proceedings commenced with an Opening Address by Rear  Admiral MD Suresh, NM, Deputy Commandant, INA. Admiral Awati and Prof MGS Narayanan in their inaugural session provided deep insight into the proud and rich maritime history of our country and inspired the cadets of INA and the delegates present. Admiral Awati said that the sea has to be reopened to India by a deliberate national effort through strengthening the Indian Mercantile Marine. He also urged the young men and women to go out upon the Blue in open sailing boats for recreation and make the sea its playground, as the sea will be a wonderful teacher to them in gaining confidence, courage and character.

Of the thirteen papers to be presented during the two day event, eight presented today largely dwelt with the 'Important Expeditions and Sea Battles of Indian Maritime History’ – ranging from the ‘ Naval foray of 1025 AD in Southeast Asia by the Cholas to the more recent ‘Indo-Pak Conflict of 1971’. Tomorrow’s sessions will cover the recent operations undertaken by the Navy and the presence of other Navies in the Indian Ocean. The Annual INA Seminar 2014 will have a fitting finale with a Valedictory Address by Mr Mohan Guruswamy of the Centre for Policy Alternatives, New Delhi, during the closing ceremony on 18 Oct 14.

On the sidelines of the INA Seminar 2014, a book exhibition of exclusive maritime history books and an exhibition of rare maritime history related documents in association with Mathrubhumi books and
Kerala State Archive Department respectively, are also being held and both the exhibitions saw huge number of INA cadets and delegate visiting the stalls.  The initiative taken by the INA, as the cradle
for Indian naval leadership, has been an enriching experience and the Dilli’ series promises to become an important event in the calendar of maritime history studies of the country.