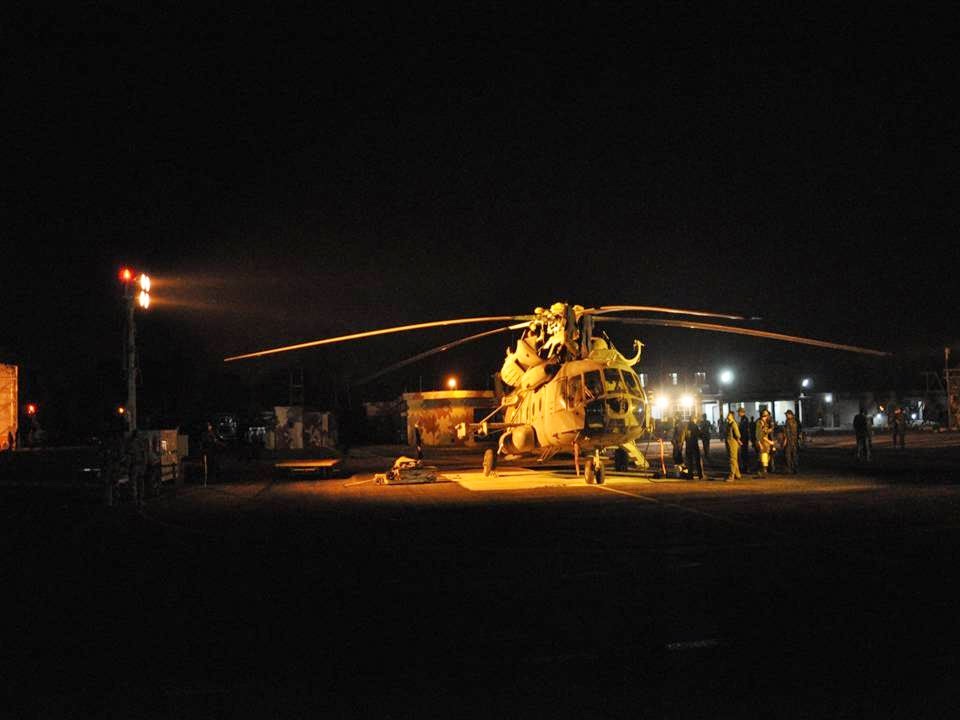 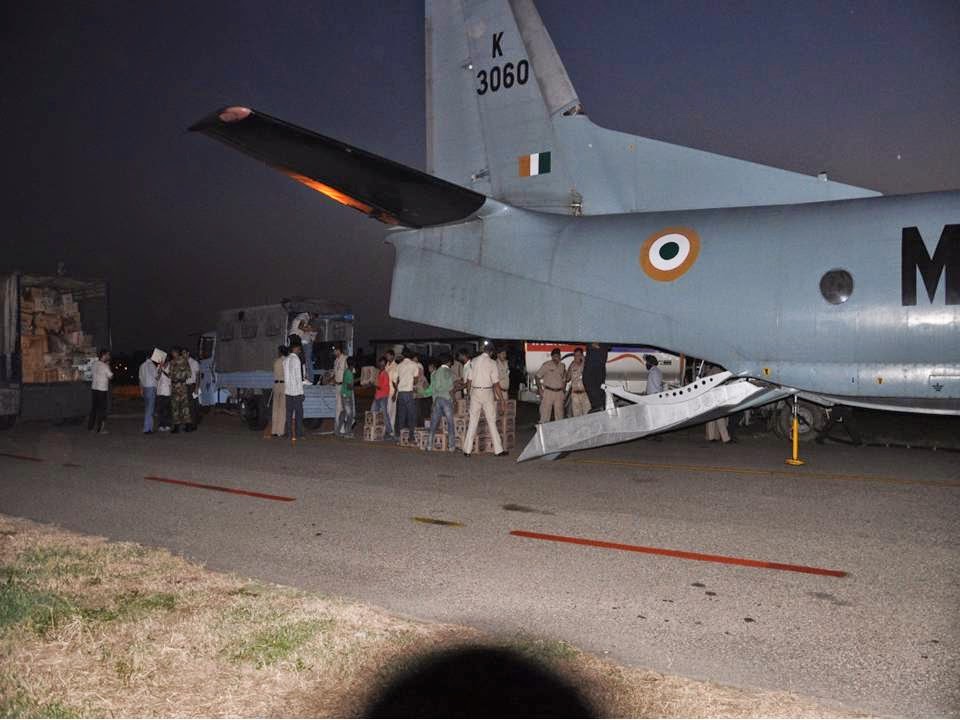 The unprecedented floods have caused unimaginable disaster across J&K.  The Army Aviation and IAF and other Central Para military forces are reaching out to innumerable people reportedly stranded at various places even after a week of floods.

The CONDORS of Air Force Station, Jammu today till reports last came in has been making relentless, round the clock efforts to supply relief material since last three days from 09 Sep to 11 Sep 14.  A total  of 102 sorties of fixed & rotary wing have been undertaken to supply 159 tones of relief material. Close to 4000, people have been rescued in last 3 days. Braving   against the prevailing adverse weather conditions, in addition to Mi-17, Chetak and medium lift transport aircraft like AN-32, the technical airport at Jammu has started operating heavy lift aircraft like C-130, both during day and night. On 12 September 2014, 05 sorties of C-130 were flown.  They carried 354 passengers and 34 tons of load, PRO (Defense) Jammu, Lt Col Manish Mehta said.

Tiger Division has flown in 12 tons relief materials to Srinagar till date and in all 150 tons of relief materials has been flown by Western Command for assistance of people of the valley. In addition to assist in restoration of Mobile communication six sets of Ether Net radios along with personal have also been inducted into the valley PRO (Defence) Jammu, Lt Col Manish Mehta said.

NH-1A is cut off in various places near Ramsoo, Ramban, Banihal area due to heavy landslides which were triggered on 03 September 2014.  However, the adjoining areas of Ramsoo which is 177 Km away from Jammu were not affected by the landslides. 11 Sector of Rashtriya Rifles of Delta Force immediately swung into action with the help of civil administration and locals. With the flood situation showing marginal improvement in Srinagar, the labourers from North India who were in Srinagar and had lost everything have started coming back to Jammu.  Some have come by foot from Srinagar and reached at Banihal as Ramsoo was totally cut off.  23 Rashtriya Rifles of Delta Force set up medical aid posts in Ramban, Ramsoo and Banihal.  They also made a separate foot track above the steep mountainous ridges to bring back the people to Ramsoo.  First aid, Water and Food is being provided by the Indian Army.  Food packets, food and water is being air lifted by helicopters from Jammu.  Around 500 soldiers are working day and night to rescue the needy people, PRO (Defence) Jammu, Lt Col Manish Mehta said.

Under the leadership of Air Commodore PE Patange YSM, VM, the Air Force administration is deeply involved in providing food, clothing and transportation to the rescued people who are arriving from Srinagar to Jammu Air Force Station.

The unpardoning weather has not deterred the spirit of the Indian Armed Forces.

The primary purpose of the Urban Aero Systems is to introduce cutting-edge aerospace technologies, while having its own modern infrastructure, with an experienced team in Aviation. We assist in providing clients with the world's most highly specialized consultants and research partners in the Aviation field.
http://www.urbanaerosystems.com/