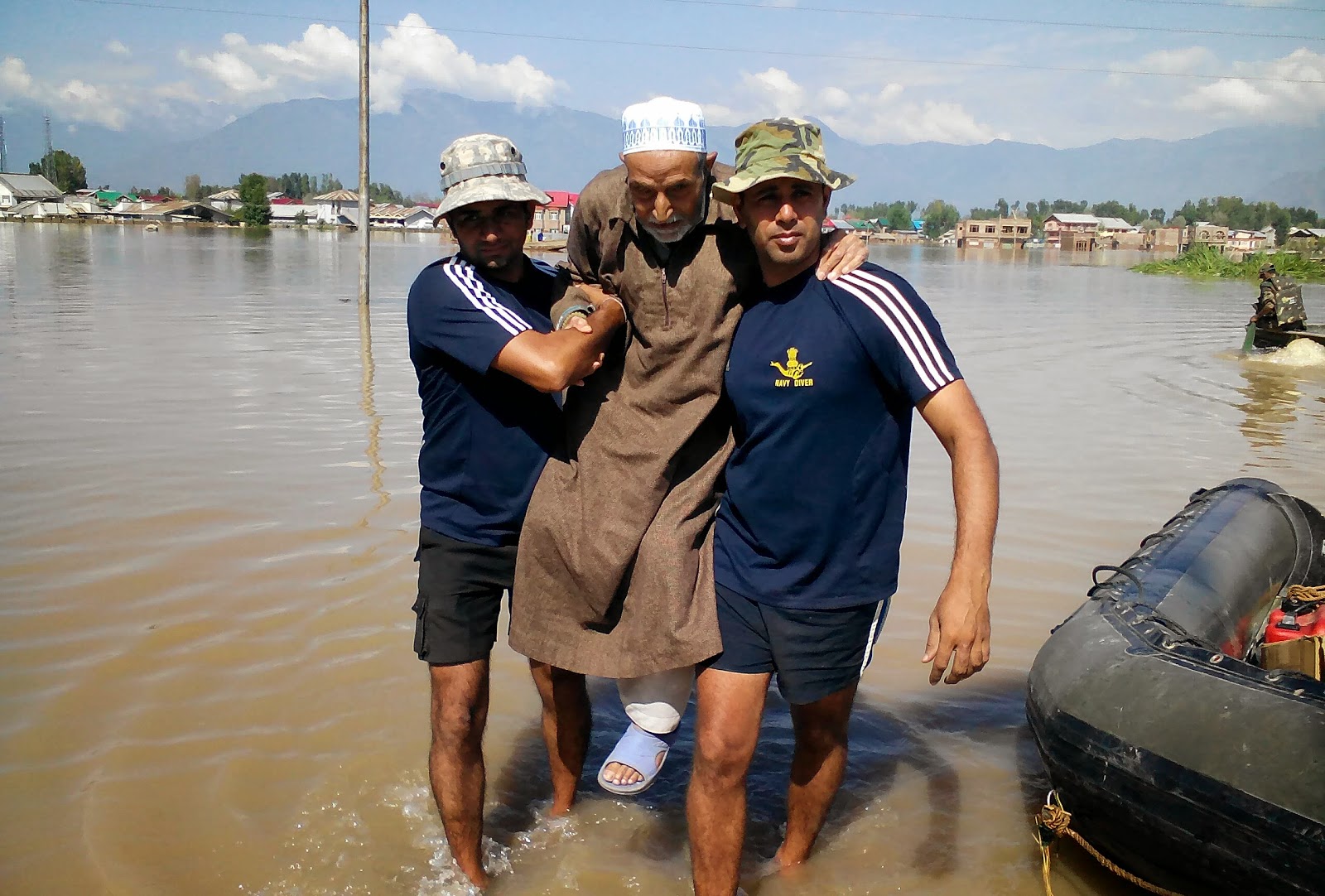 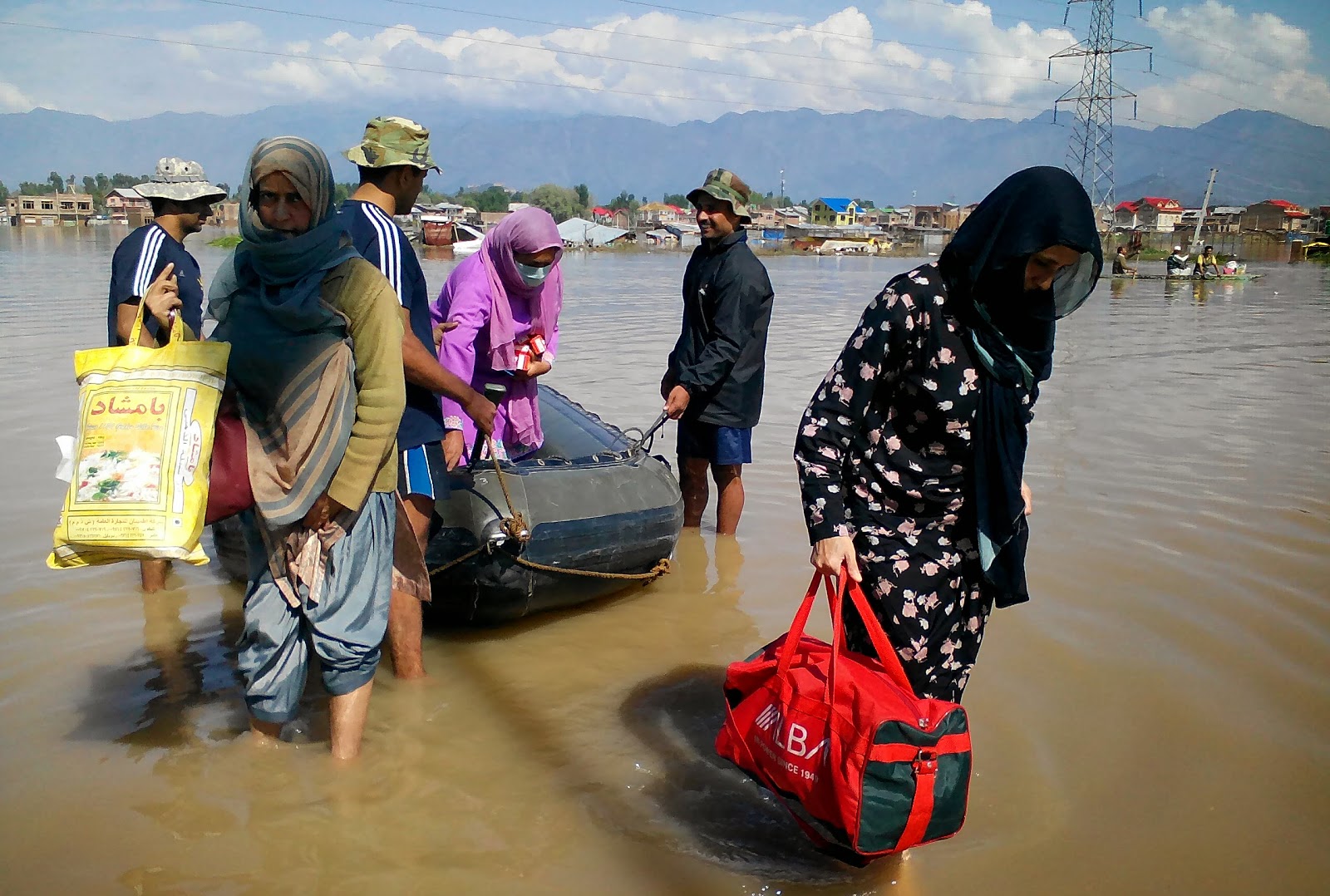 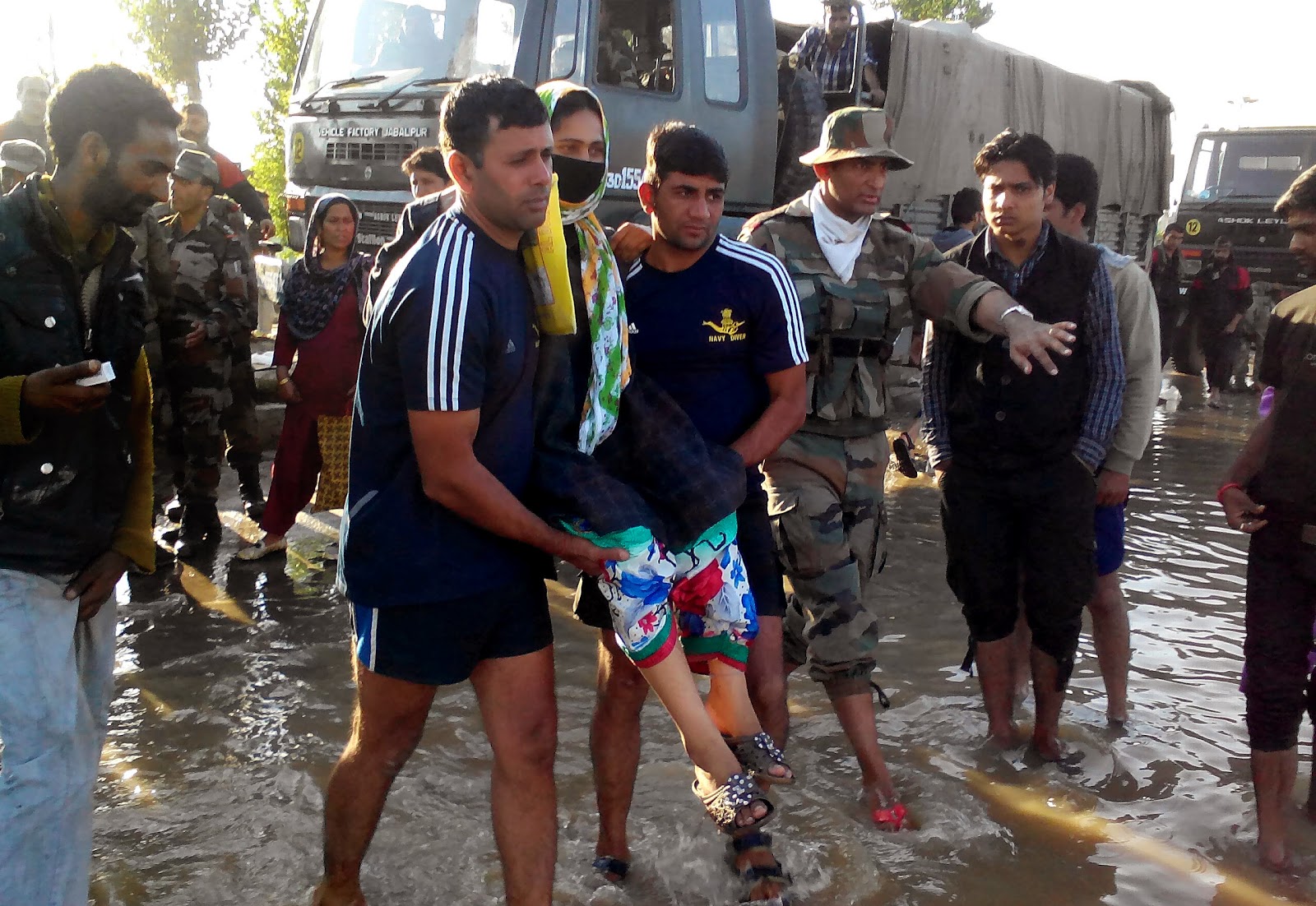 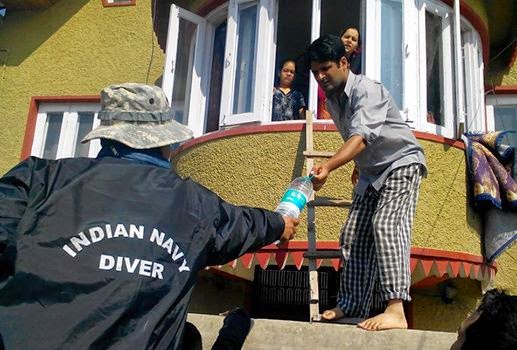 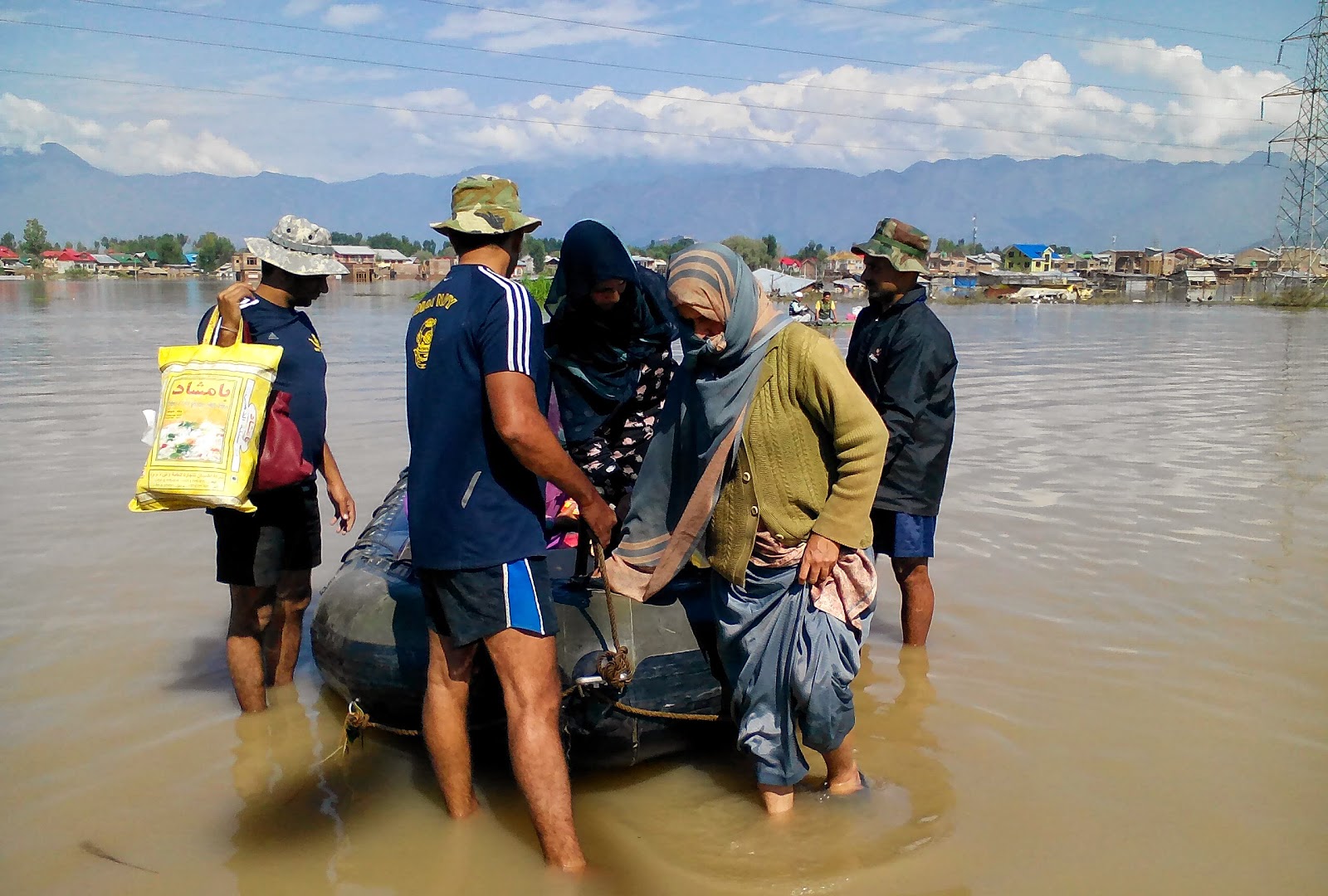 Over 2,34,000 persons have been rescued so far by the Armed Forces and NDRF from different parts of Jammu & Kashmir in the ongoing rescue and relief operations in the flood ravaged State. Three teams of Naval Marine Commandos are actively involved in rescue operations at Watlab, Widipura & Tankpura.

As the flood water has started receding the apprehension for water-borne diseases is rising. Now demand for filtered water has increased. Twenty RO plants with a capacity to filter 4 lakhs litre per day from Hyderabad and four RO plants from Delhi with a capacity to filter 1 lakh litre per day are being sent to Srinagar, today. Thirteen tonnes of water purifying tablets and six water filtration plants with a capacity to filter 1.2 lakh bottles per day was sent earlier to Srinagar. More heavy duty suction pumps are being airlifted from Jodhpur and Raipur. Sewage pumps from Delhi have also been dispatched to the valley. Thirty generator sets of 3 to 5 KVA capacity have also been sent to Srinagar to augment continuous power supply in relief camps and field hospitals. Additional communication equipment of BSNL are being dispatched to restore the communication systems in the State.

Over 33,000 blankets are being airlifted to flood-affected area today, which were donated by Ministry of Textile, Red Cross Society and Government of Jharkhand and Punjab. Earlier 8,200 blankets and 1572 tents were provided to the flood victims. 80 medical teams of the Armed Forces Medical Services are already operating in full swing. Four Army Field Hospitals have been established in Avantipur, Pattan, Anantnag and Old Airfield where medical aid is being provided to the ailing people. Till now they have treated around 53,082 patients. Two additional fully equipped field hospitals with laboratory testing equipment facility have also been established in Srinagar. One rapid action medical team from Air Force has been deployed at Avantipur and Srinagar. This team has provided medical aid to 2,684 patients. More relief materials including tents, water bottles and food packets are being airlifted from Delhi, Arakonam and Amritsar.

Eighty transport aircraft and helicopters of Indian Air Force and Army Aviation Corps are continuing their efforts in rescue and relief operations. Army has deployed around 30,000 troops for rescue and relief operations in the flood affected area. Nearly 6 lakh litres of water and over 1313 tonnes of food packets/cooked food and ration have already been distributed in the flood-affected areas.

So far 2527 sorties were undertaken by the helicopters and aircraft of Armed Forces and 3673 tonnes of relief materials have been dropped by the Indian Air Force. A total of 224 boats of Army and 148 NDRF’s inflatable boats are actively involved in the rescue operation.

To restore the road connectivity, five task forces of Border Roads Organisation, which include 5700 personnel, have been deployed in Srinagar, Rajouri and Akhnoor. They have restored the road connectivity from Batote – Bijbiara. The connectivity from Srinagar to Sonamarg has been opened for all traffic, while, between Srinagar and Baramulla the road has been opened for light vehicles. Jammu to Poonch road has been cleared for traffic. On the Jammu – Srinagar highway, BRO personnel have cleared the road up to KM 172 (Ramsu) and work is in progress to clear fresh landslides in areas that were cleared earlier.