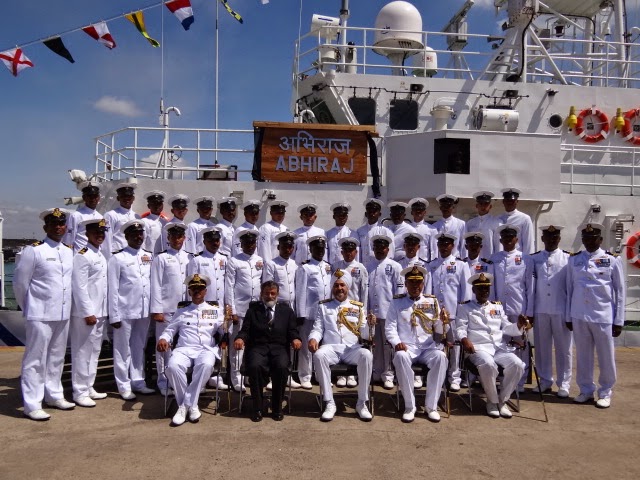 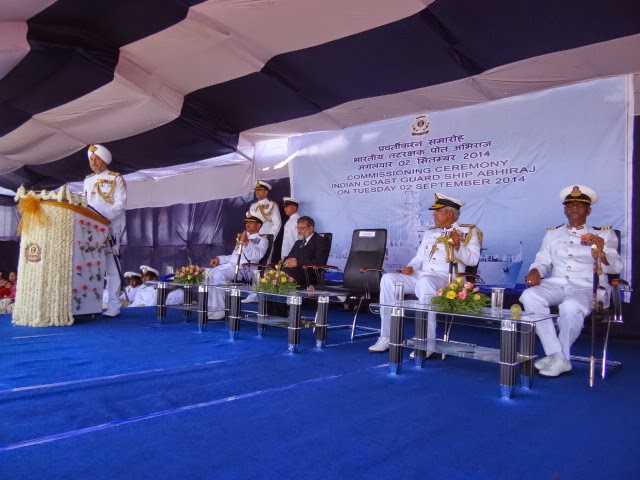 The 50 meter indigenous FPV displaces 290 tonnes and can achieve a maximum speed of 33 knots with an endurance of 1500 nautical miles at an economical speed of 13 knots. The ship is equipped with state-of-the-art weaponry and advanced communication and navigational equipment. The ship makes an ideal platform for undertaking multifarious missions such as surveillance, interdiction, search and rescue and medical evacuation. The special features of the ship include an Integrated Bridge Management System (IBMS), Integrated Machinery Control System (IMCS) and an integrated gun mount with indigenous Fire Control System (FCS).

The ship which has been named ICGS “Abhiraj”, literally meaning “Brilliant”, will be based at Tuticorin and will be under administrative and operational control of the Commander, Coast Guard Region (East).

In his address during the commissioning ceremony, VAdm SPS Cheema termed the fast patrol vessels as the work horses of Indian Coast Guard. The Admiral also dwelt upon the fast paced development of the Indian Coast Guard and acknowledged the support of government for the Coast Guard’s plan to increase force levels substantially to face the emerging security challenges in the maritime domain. He emphasised the importance that the Government of India accords to the coastal security in view of the asymmetric threats from the sea.