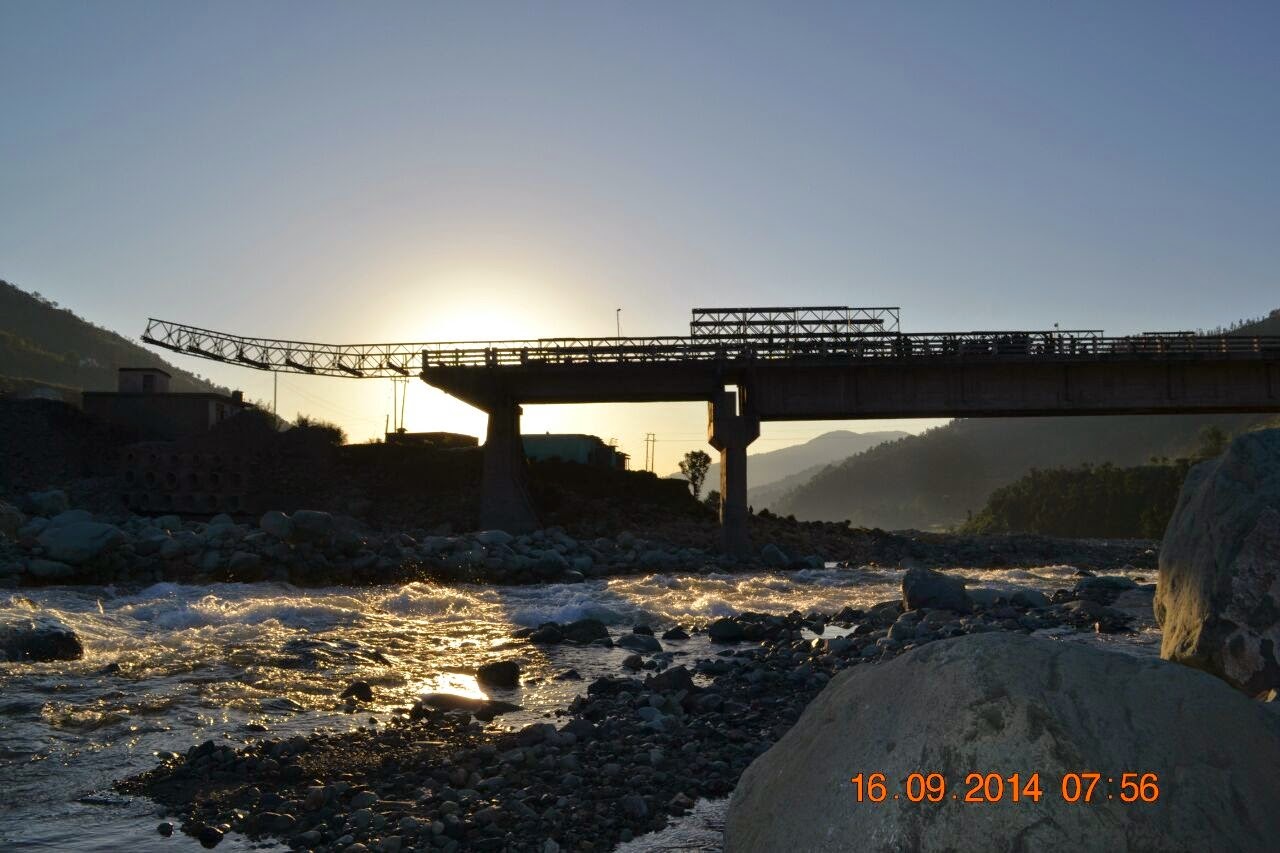 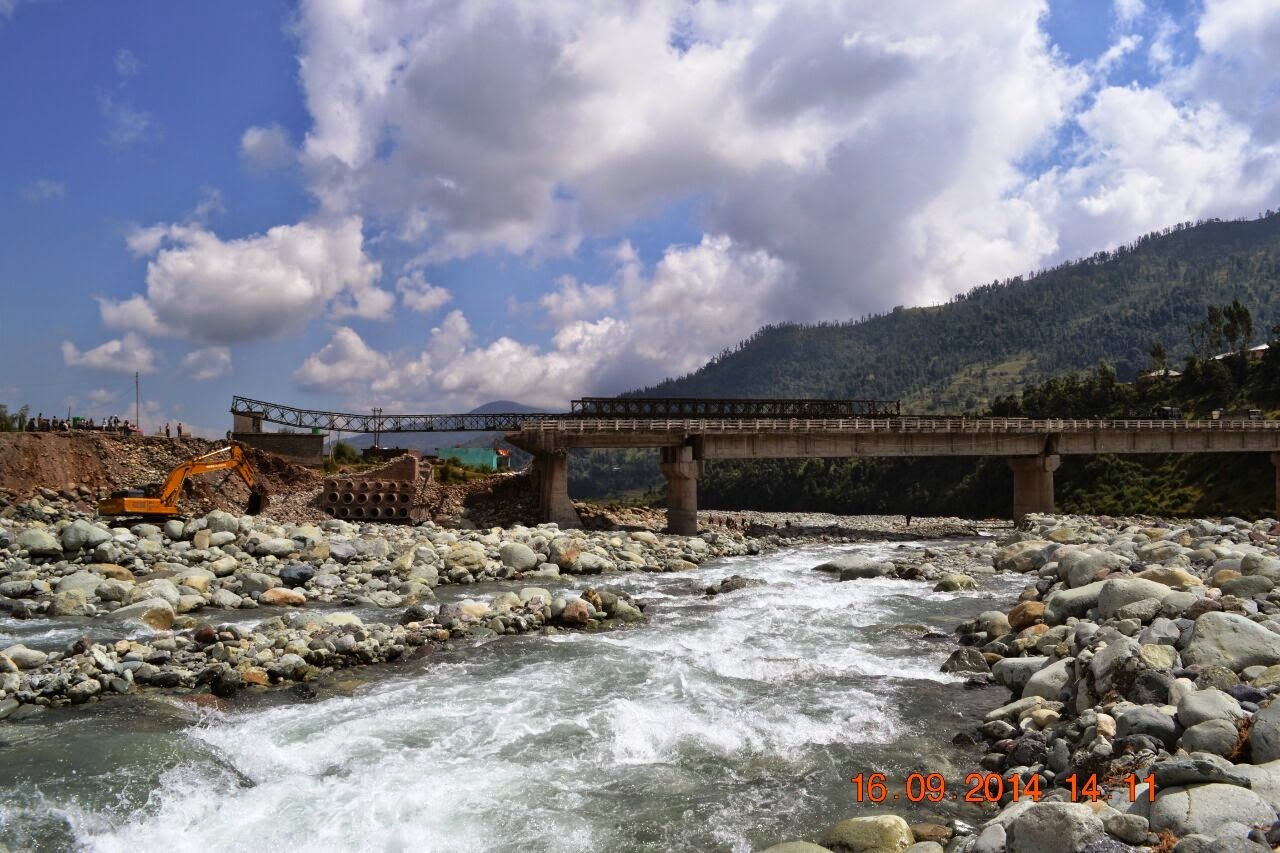 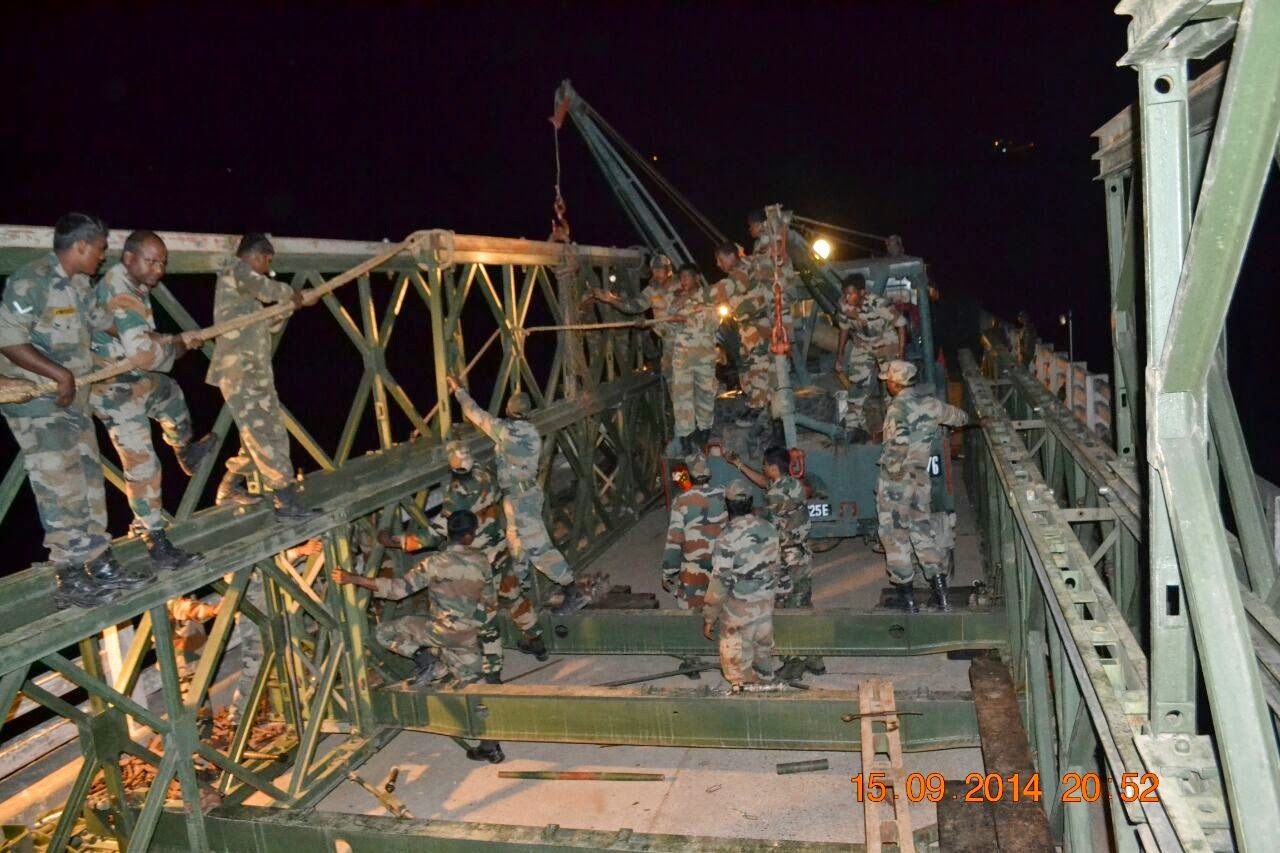 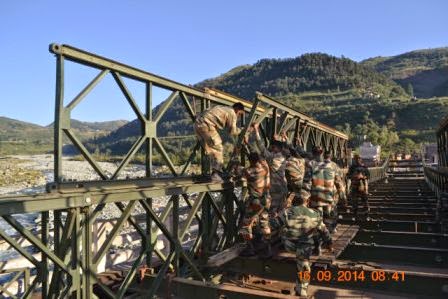 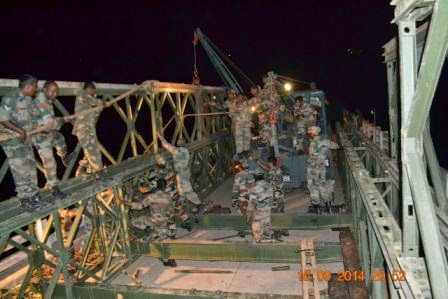 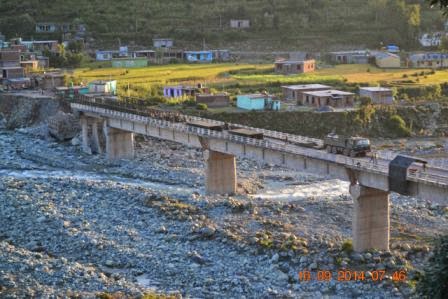 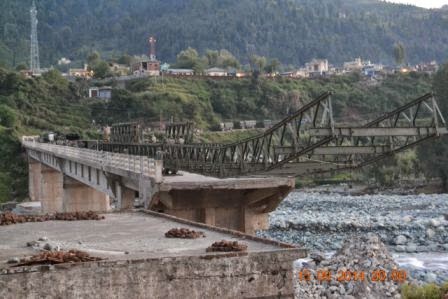 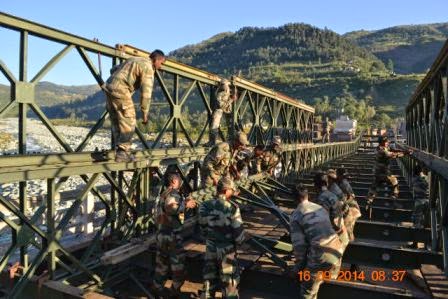 In continuation of the mammoth task of restoring the connectivity across the length and breadth of the state of J&K after the recent floods in the state,Army Engineers, after successfully opening the national highway between Jammu and Srinagar, restored the connectivity between Rajouri and Budhal yesterday by constructing a 180 feet Bailey bridge over Ans River at Kot Ranka. With the completion of this bridge, Army has ensured that relief and rehabilitation support  can reach the remotest part of the state. The Army Soldiers were working day and night as they are constructing a double storey bridge which shall be the largest bridge to be made by the Indian Army in the Srinagar and Jammu Divisions till date and that too in shortest possible time.

An  approx  10,000 personnel of Army Engineers and Border Roads Organisation (BRO), equipped with an over 400 dozers, excavators and JCBs, besides 300 tippers and dumpers, have restored road links at an over 1000 places damaged by landslides or flash floods, besides reconstruction of various bridges across the state during the last few days.
One such critical road link is being restored at Kotranka, on river Ans in Rajouri District by Army Engineers. The existing RCC bridge could not stand the water pressure and one of its abutment was swept away by the floodwaters, resulting in a wide gap of 180 feet approx.  This bridge is the only road link between the two important districts viz. Rajouri and Reasi. Moreover it is situated at the heart of the Kotranka Tehsil, with a population of over 70,000 distributed on either side of this Bridge, which makes it a vital life line for the people of this region. The soldiers of 10 Engineer Regiment of the Indian Army launched the Bailey Bridge as part of restoration and relief operations.