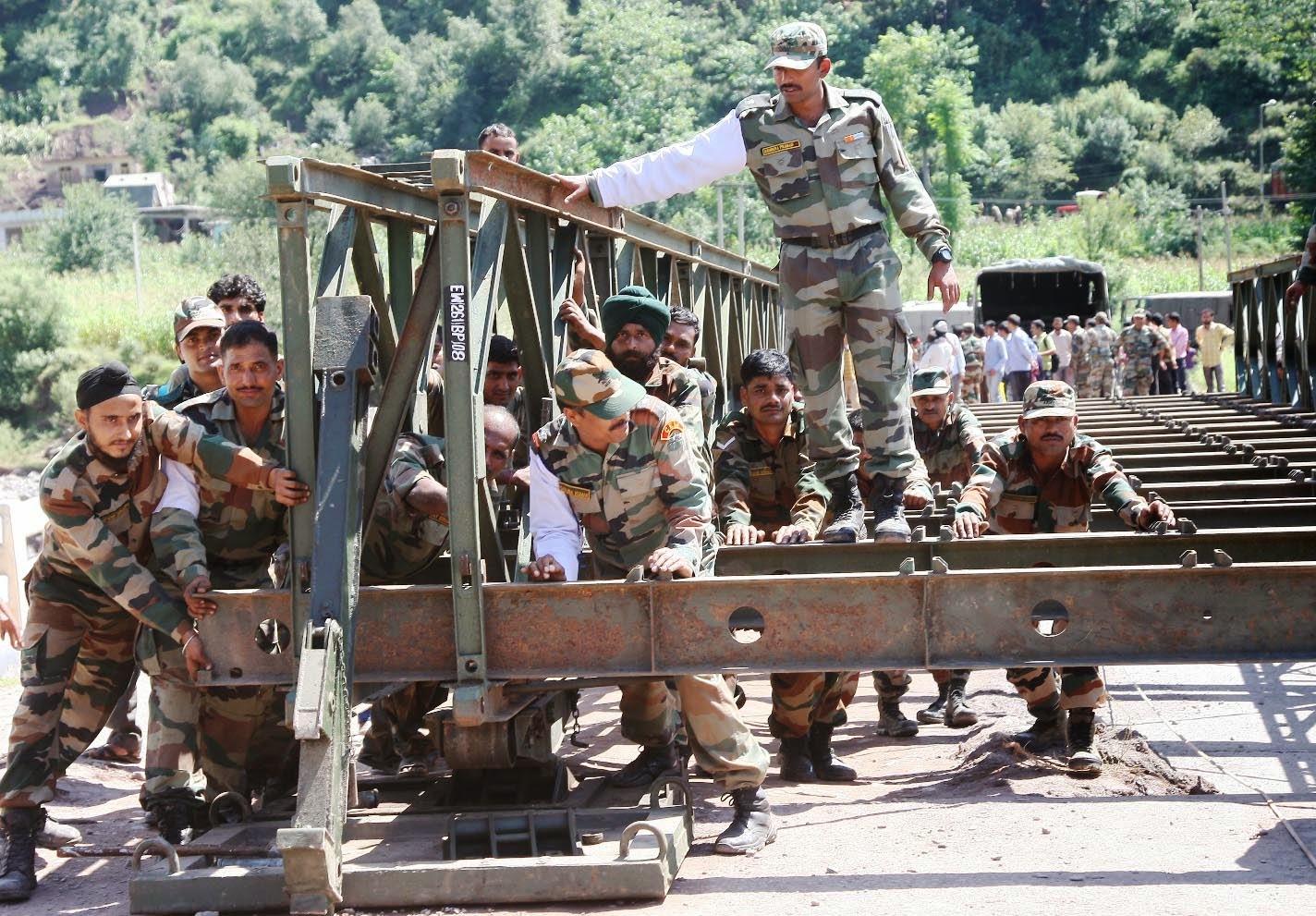 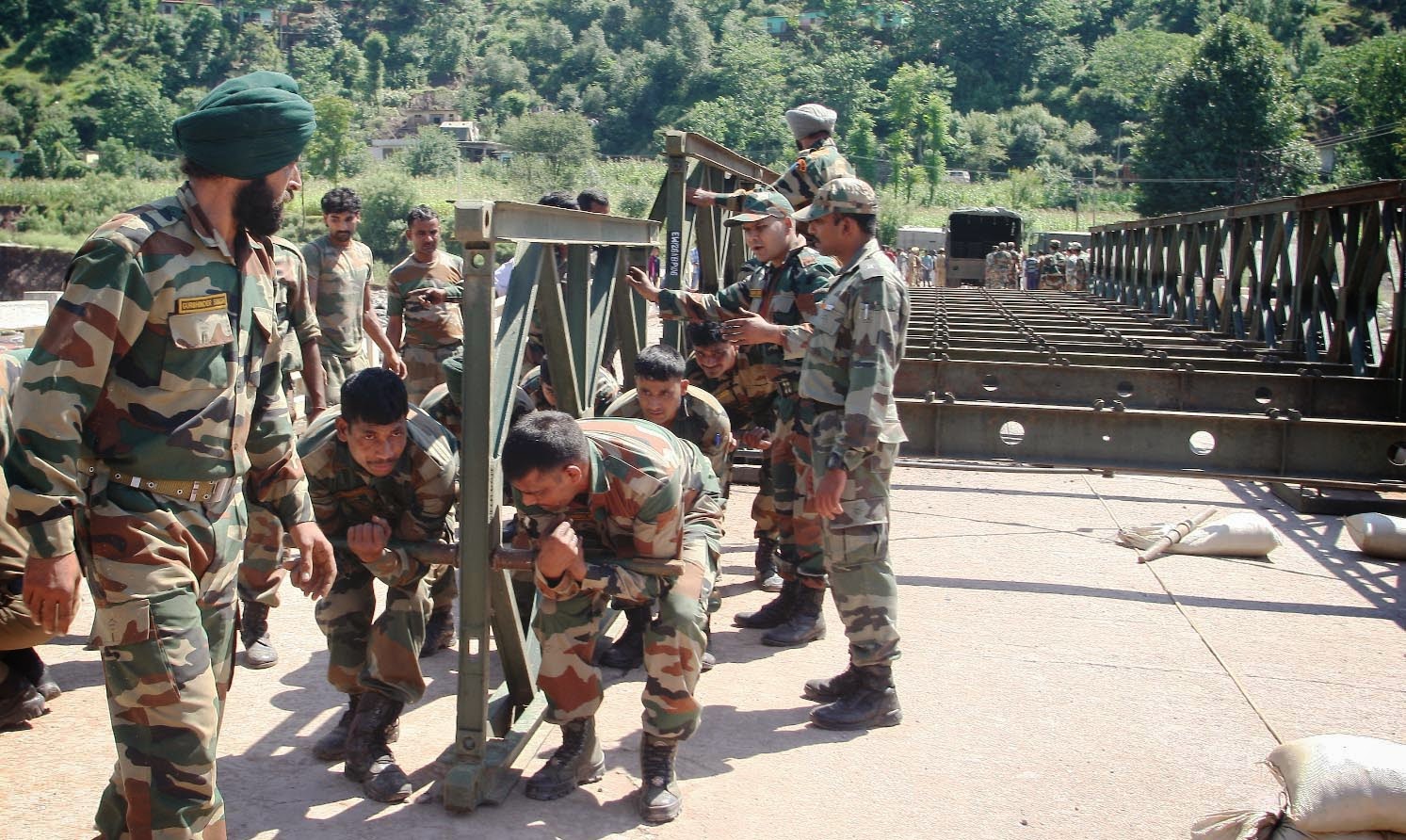 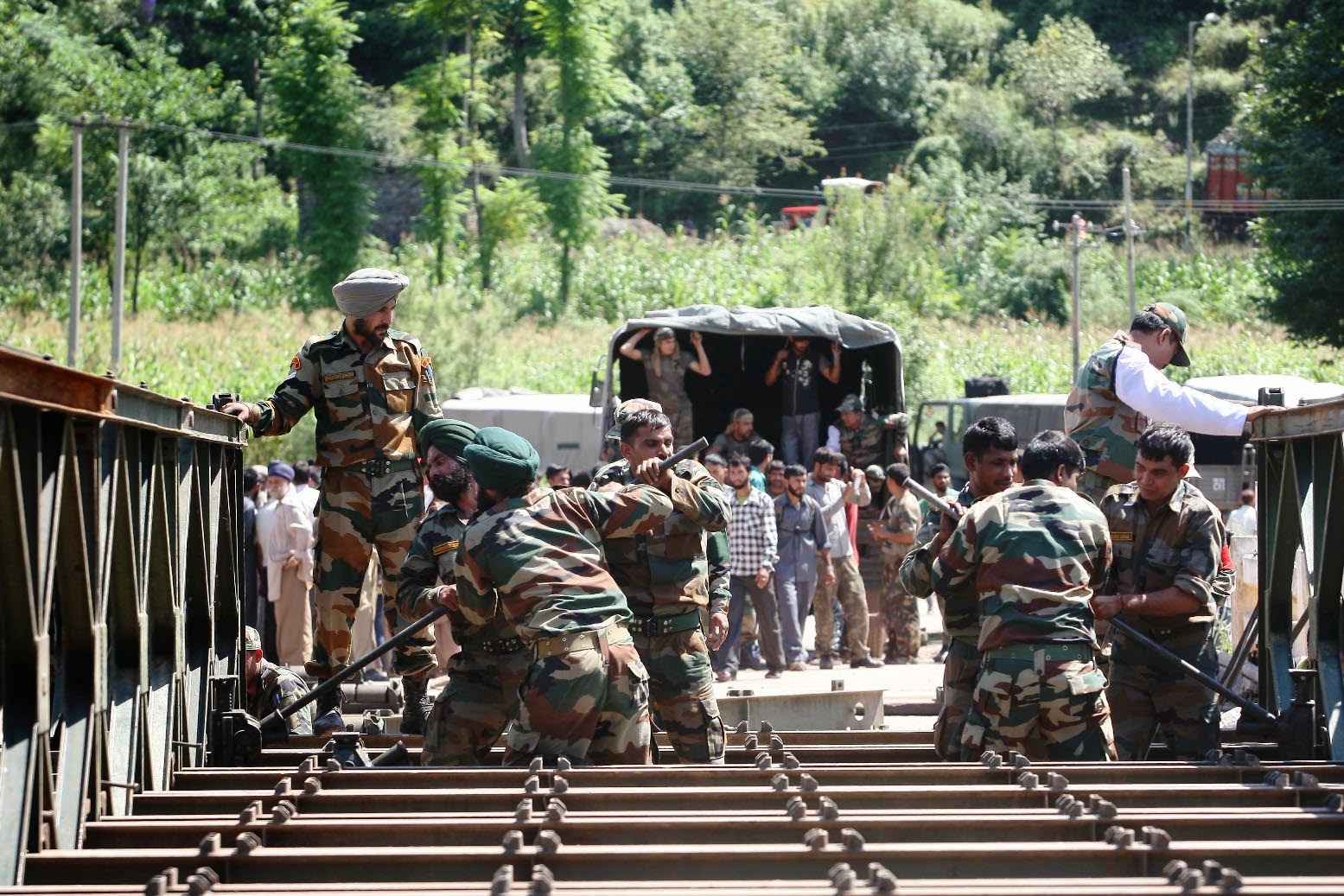 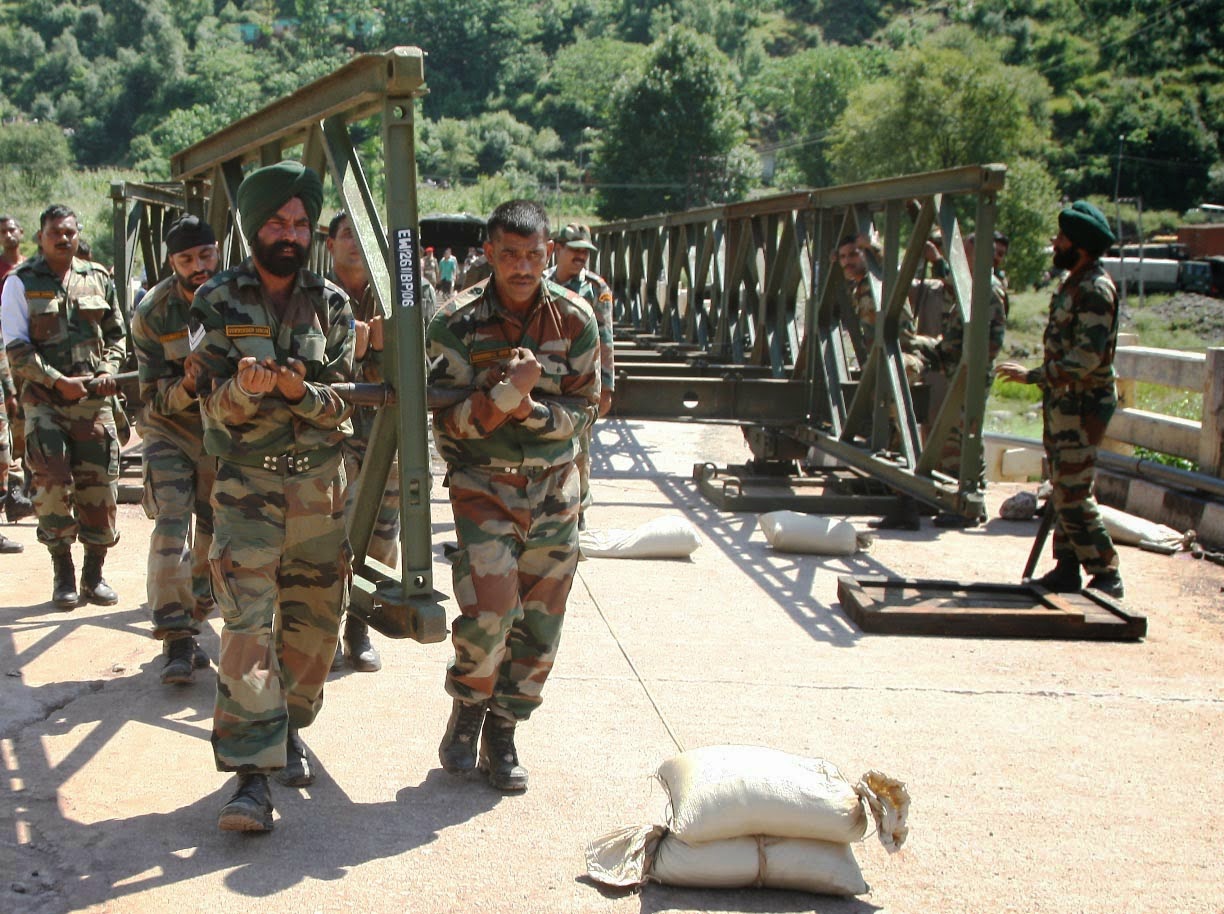 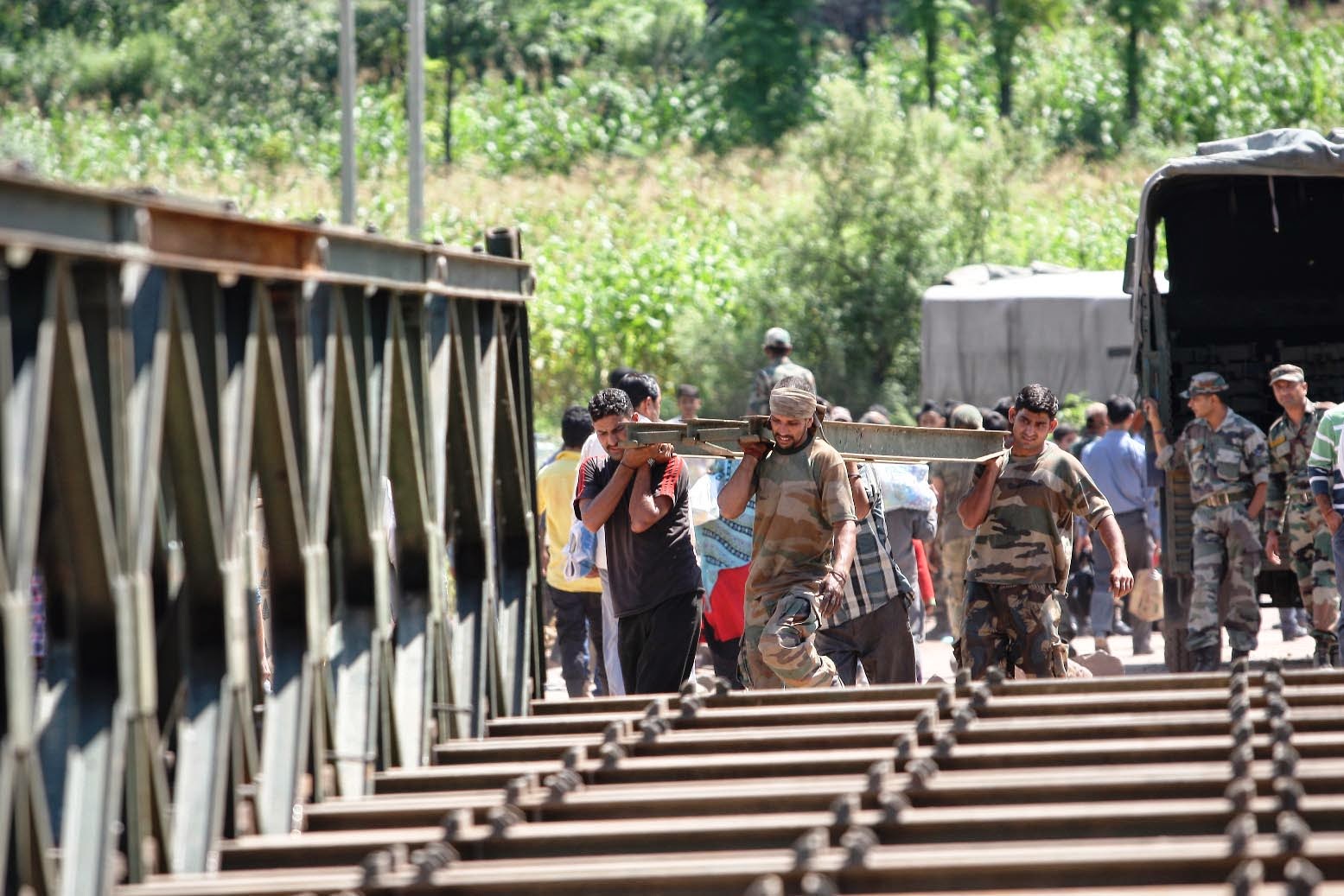 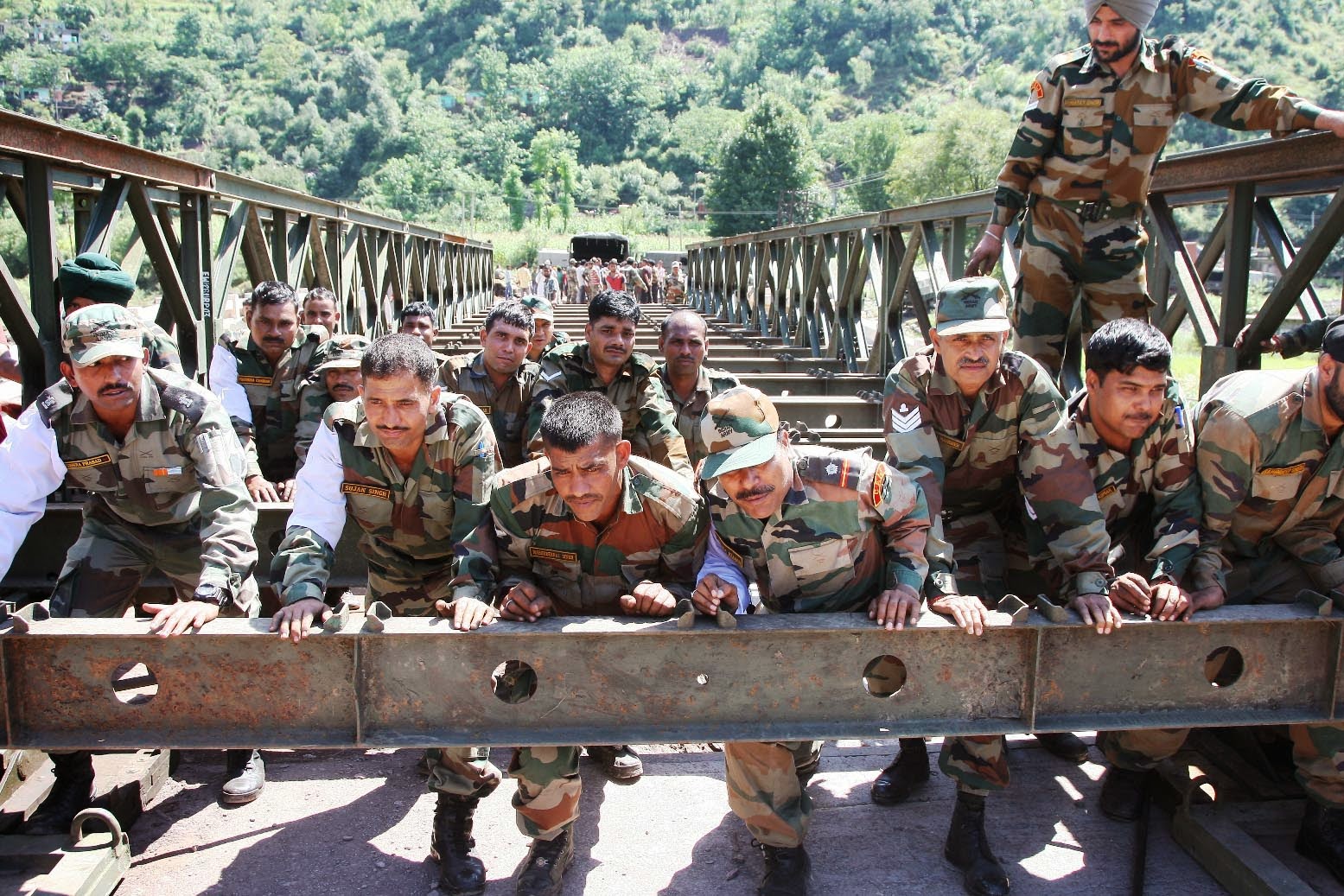 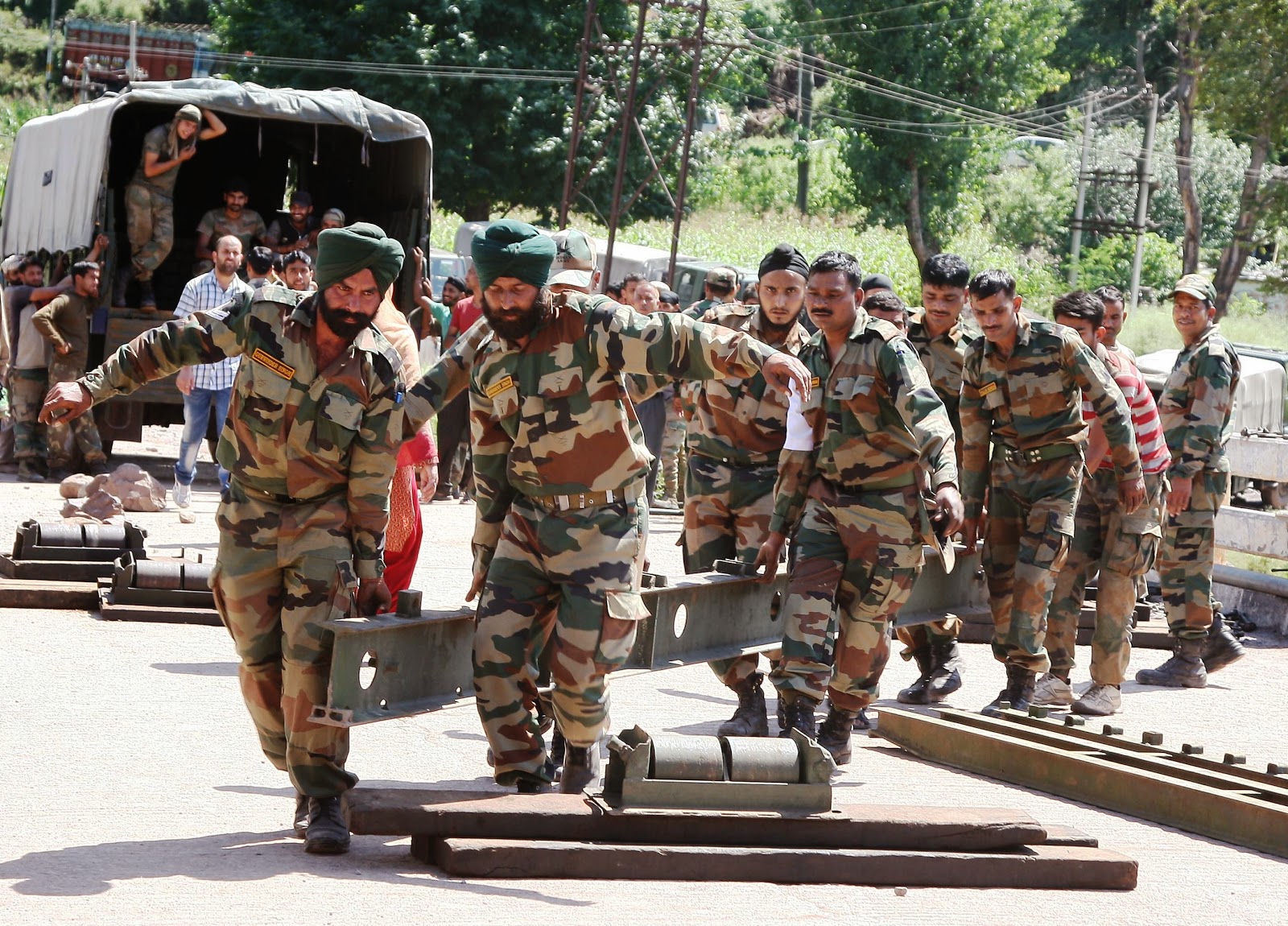 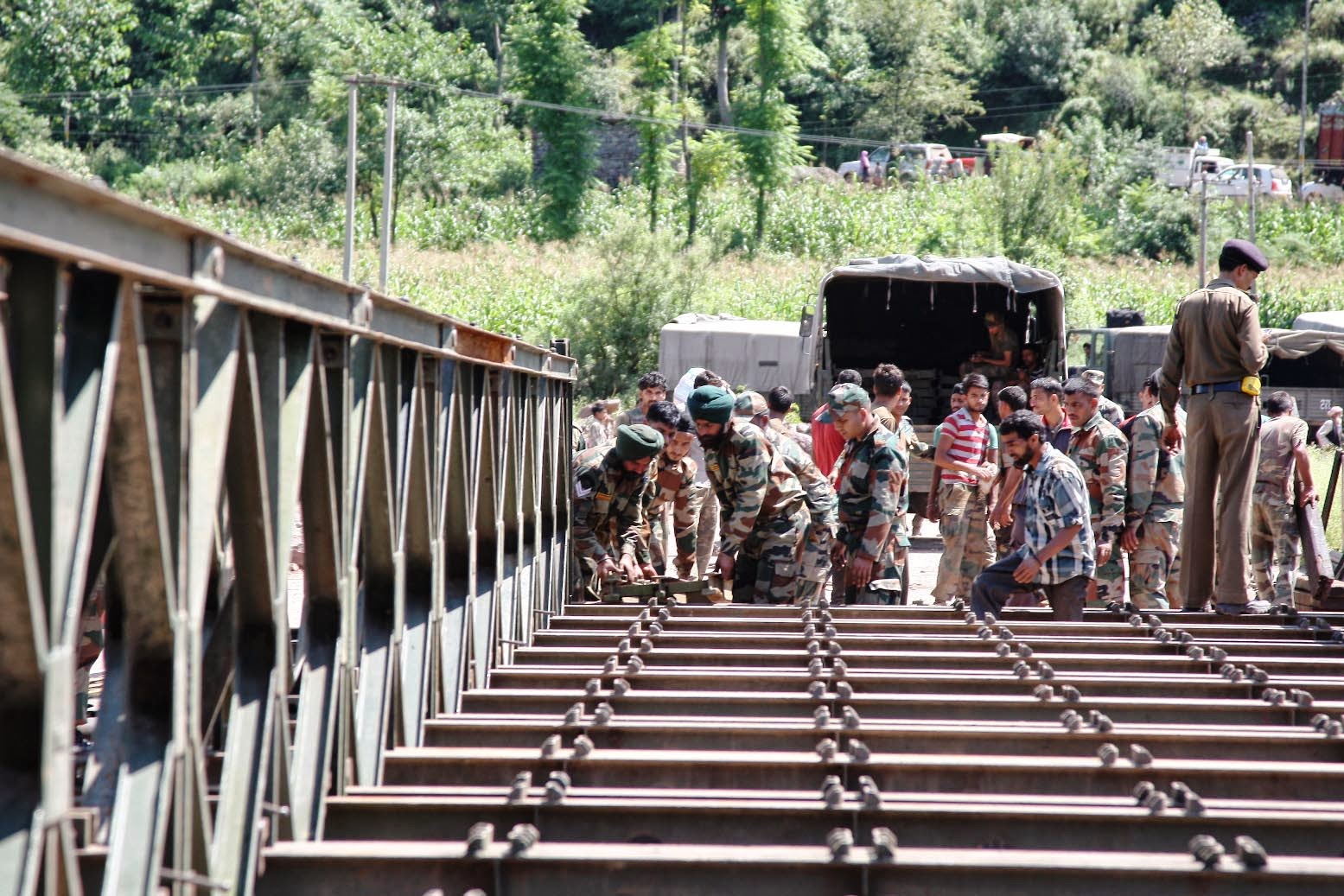 A massive rescue and relief operations by the Indian Armed Forces is continuing on a war footing in Jammu and Kashmir with over 76,500 persons rescued so far by the Armed Forces and NDRF in different regions of the State.

79 transport aircraft and helicopters of Indian Air Force and Army Aviation Corp have been pressed into service. Army has deployed 329 columns of its personnel for rescue and relief operations, in which 244 columns deployed in Srinagar region and 85 columns in Jammu region. They have distributed 8,200 blankets and 650 tents. The Army also has distributed 1,50,000 litres of water, 2.6 tonne of biscuit, 7 tonne baby food and 28,000 food packets in the flood-affected areas. Additional water bottles are being airlifted from Chandigarh and Delhi. In an endeavor to provide speedy medical aid to the affected populace, 80 medical teams of the Armed Forces Medical Services have also swung into action. More relief materials including 2000 hospital bed sheets, blankets and tents, water bottles and cooked food are being airlifted today.

So far 613 sorties were undertaken by the helicopters and aircraft of Armed Forces and 715 tonnes of relief materials are dropped by the Indian Air Force.

To restore the road connectivity, five task forces of Border Roads Organisation, which include 5700 personnel, have been pressed into service. As of now, they have restored the road connectivity between Batote – Kishtwar and Kishtwar - Sinthan Pass. Work between Sinthan Pass and  Anantnag is in progress and Jammu to KM 172 is open for light vehicular traffic. Jammu - Poonch road has been cleared for traffic.

Fifteen engineering task force teams along with boats and other lifesaving equipment have already reached the flood affected areas to supplement the rescue operation. The situation is being continuously monitored and progress of the events are updated at the office of the HQ IDS in New Delhi.