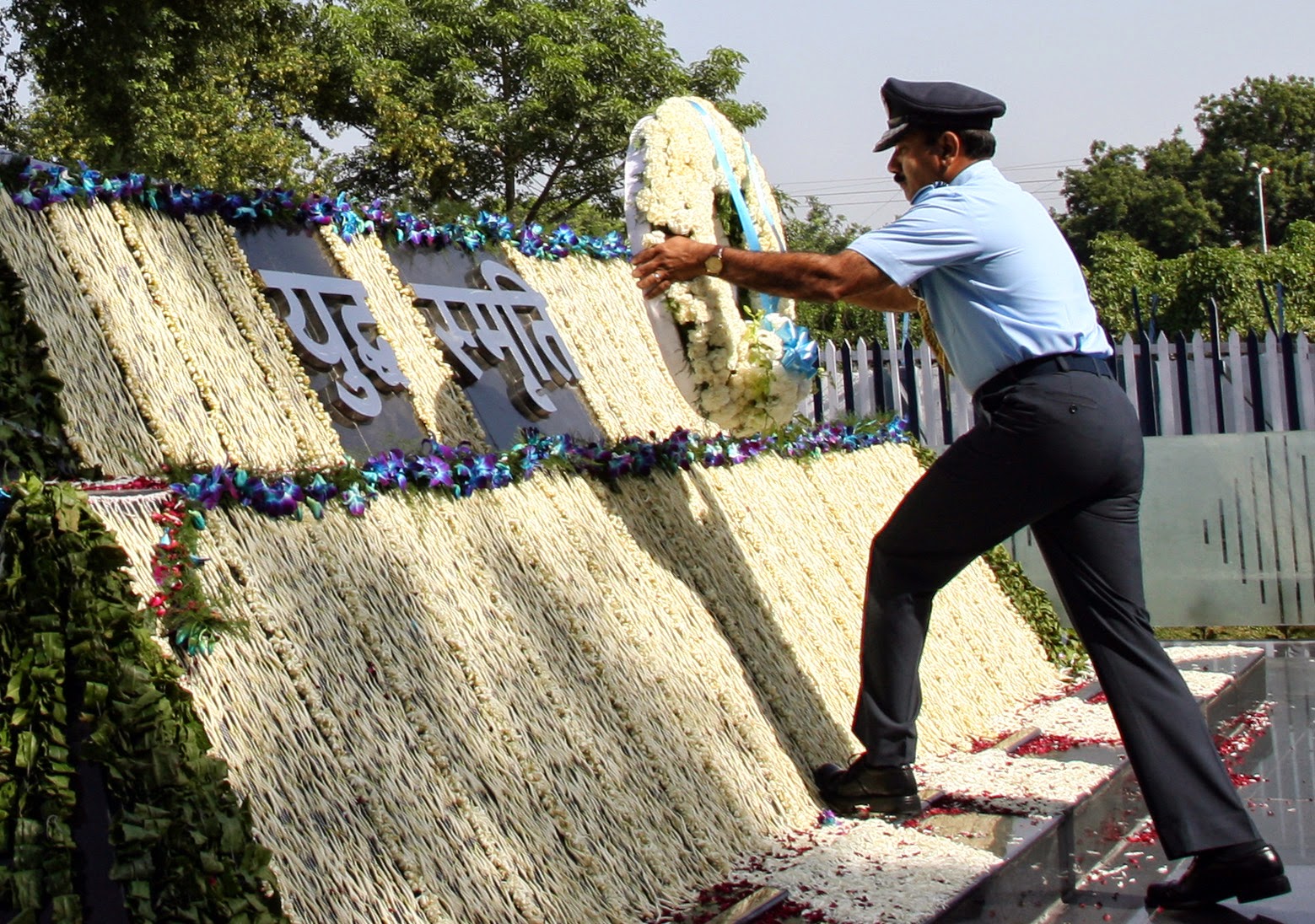 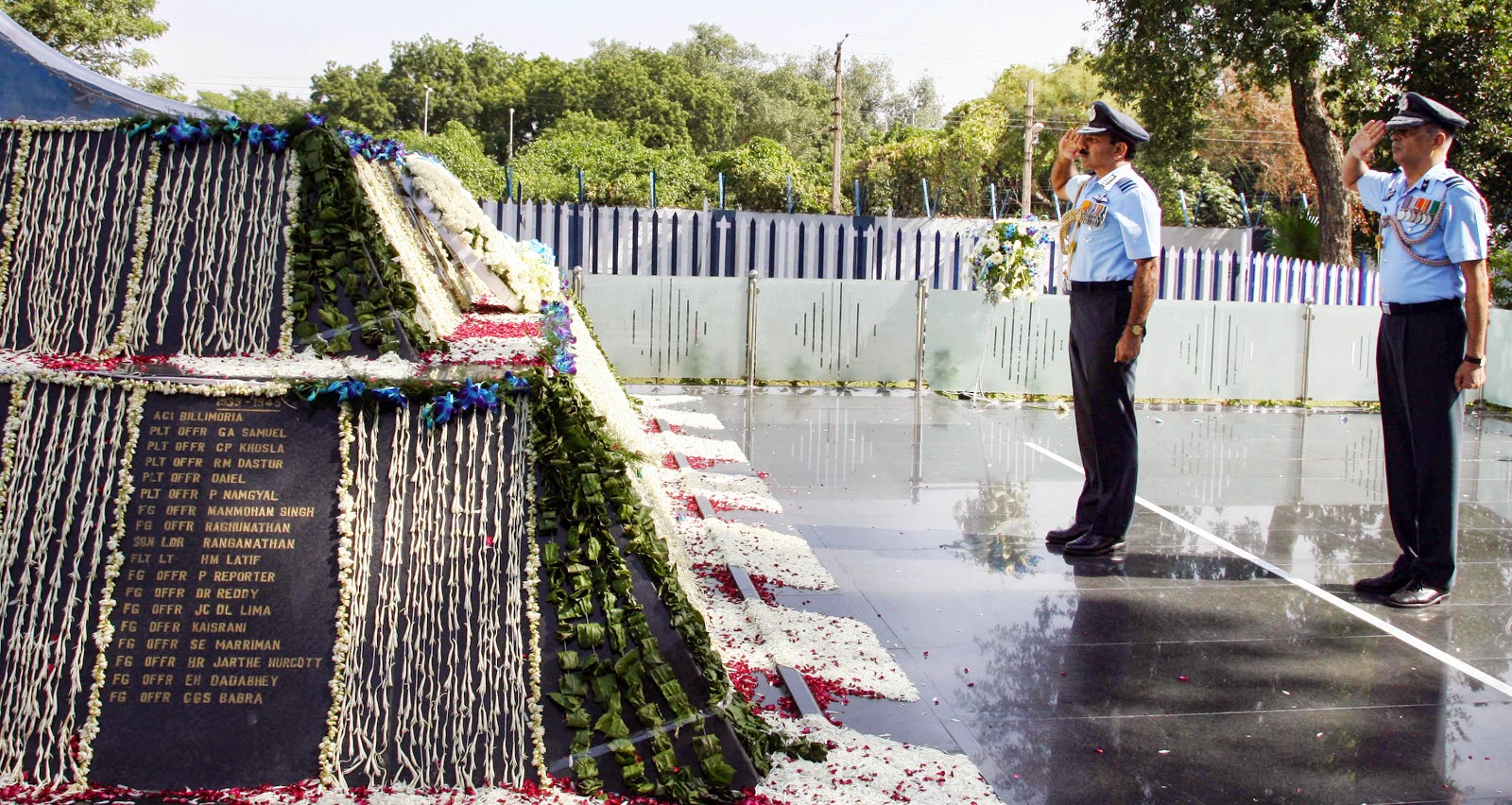 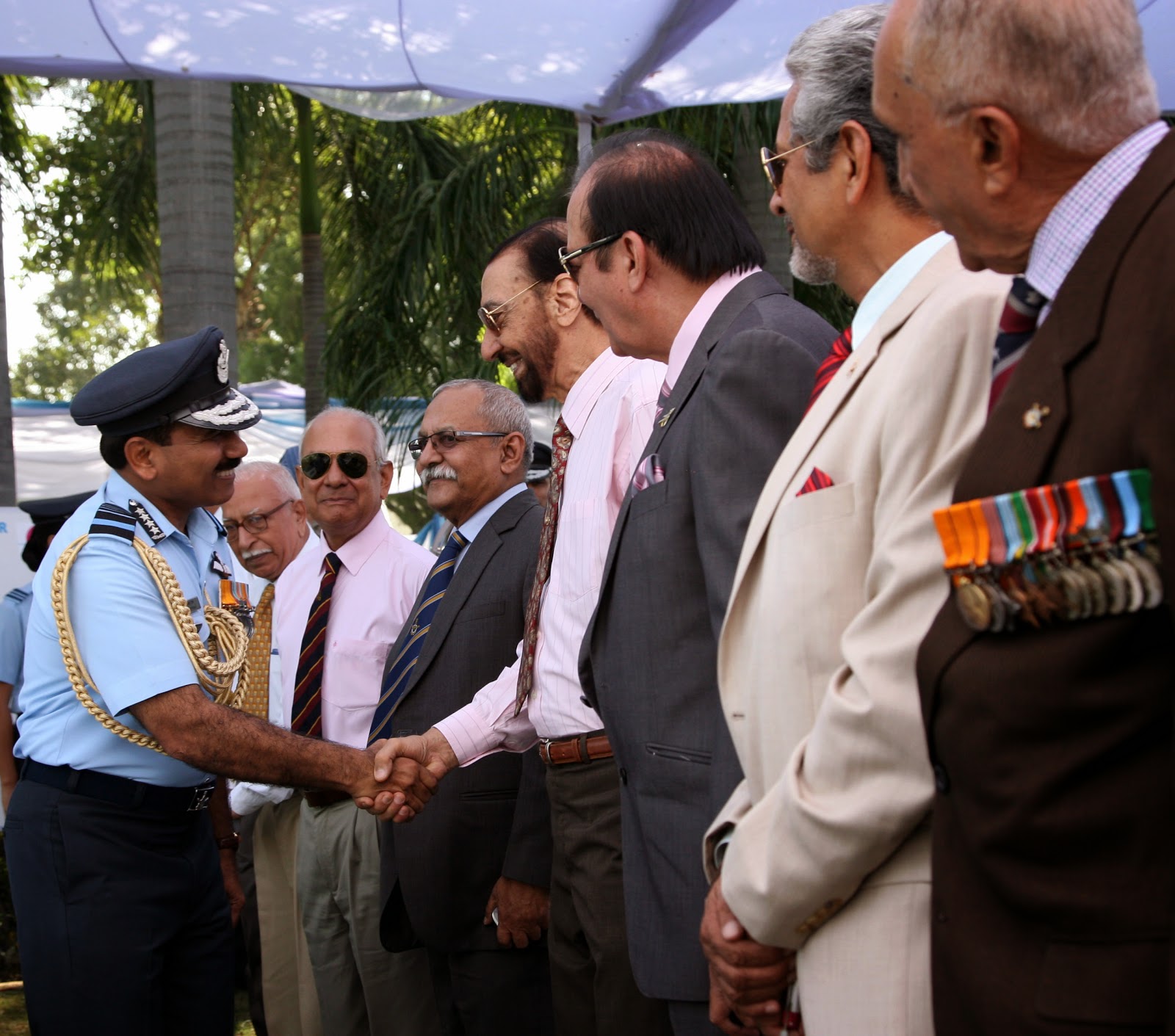 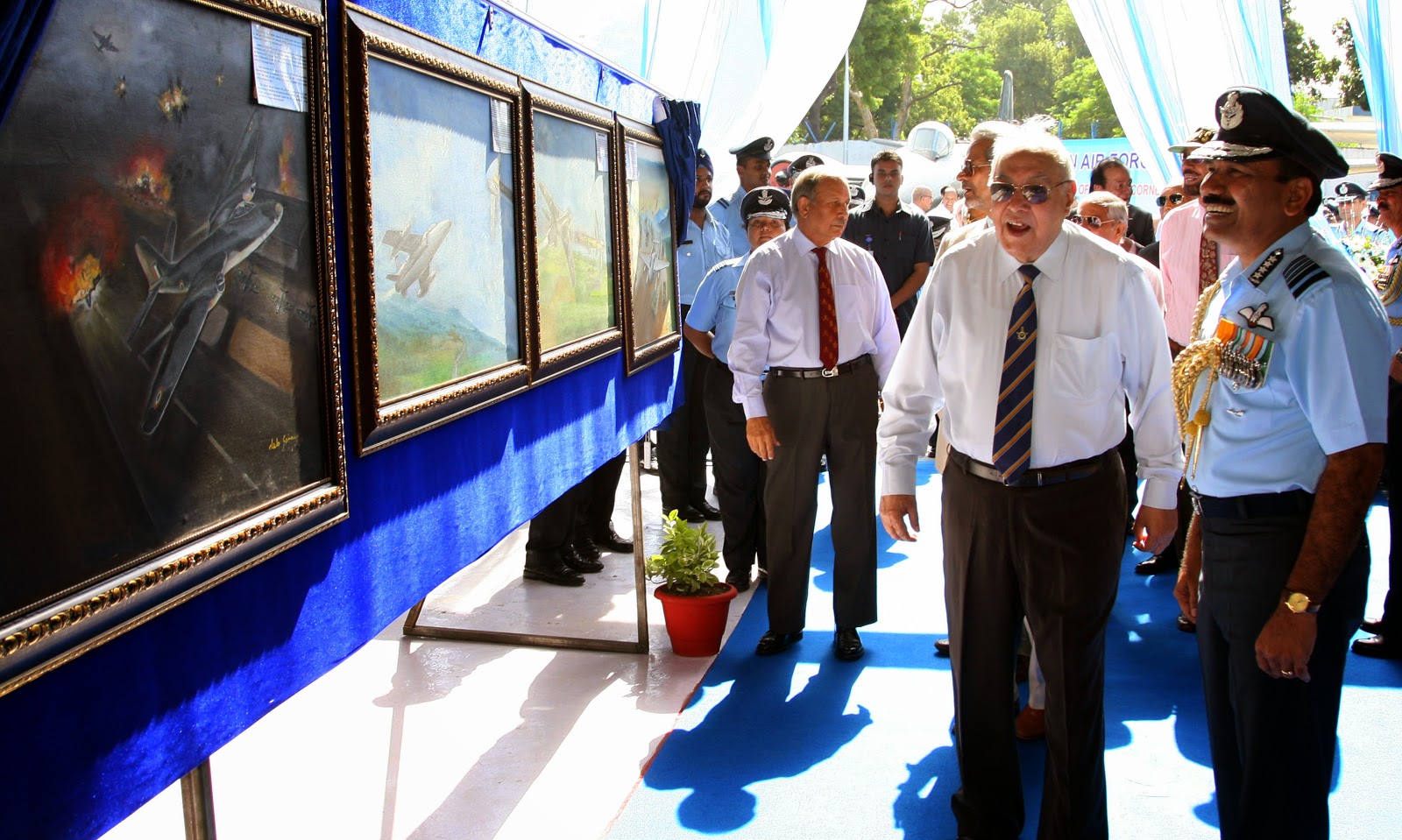 As part of Commemoration of 50 years of 1965 Indo-Pak war, the Chairman Chiefs of Staff Committee (COSC) & Chief of the Air Staff (CAS), Air Chief Marshal Arup Raha paid homage in remembrance of martyrs of 1965 war who laid down their lives for the country by laying a wreath at the Air Force War Memorial at Air Force Station Palam.  The function was attended by former Chiefs of the Air Staff and Air Veterans in service at that time.

Following the wreath laying ceremony, the CAS inaugurated the 1965 War Section at the Air Force Museum, where painting, photographs, Squadron war diaries and the artifacts were systematically organized and displayed.   Four paintings specific to the 1965 war capturing significant Air Combat Situations were commissioned by the CAS to commemorate the historic occasion.  The 1965 war corner included a display of all the aircraft that participated during the war, display of the martyrs who sacrificed their lives during the war and the various award winners.  The Commanding Officers of the Squadrons who received Battle Honors during the war were also present during the ceremony displaying their memorabilia of the war.
The Indo-Pak conflict of 1965 is a corner stone in the annals of Military History of the Indian sub continent.  During the war, the IAF was awarded three Maha Vir Chakras and 43 Vir Chakras for their exemplary acts of courage  Air Veterans of yesteryears reminisced about their glory days recalling tales of Valour, and signed the signature wall of the veterans of the war which would be displayed in the Museum for posterity marking the historic occasion.

This ceremony was part of the yearlong celebration marking the 50 years of 1965 India-Pakistan war which would culminate on 22 September 2015.