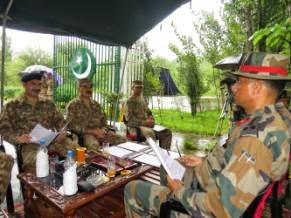 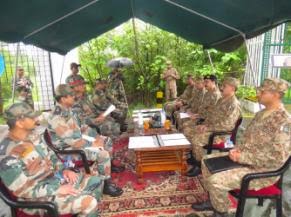 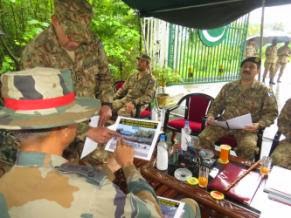 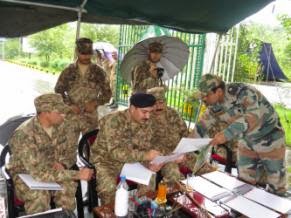 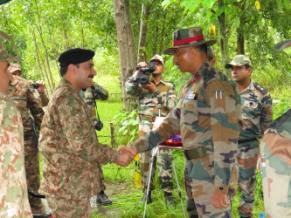 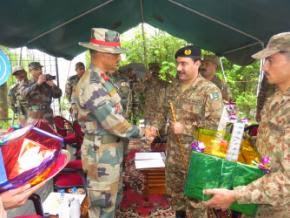 A flag meeting was held on 03 September 2014 at the Punch- Rawlakot Crossing point in the Poonch Sector on the Line of Control (LC).  The flag meeting was held to discuss the current situation along the LC and resolve local issues arising therein.  The Indian Delegation of Six officers was led by Brigadier S Thakaran and Pakistan delegation of five officers was led be Brigadier Dhar.

Issues pertaining to escalating trends in trans LC firing, cease fire violations, civilian and military activities in the vicinity of the LC and other local issues were discussed. Among other issues, the Pakistan side raised the issue of their civilians and livestock crossing the Line of Control inadvertently and the measures needed to control the escalating trends in trans LC firing.  The Indian side raised the issue of cease fire violations by Pakistan and terrorists crossing the LC.

The meeting was held in a cordial atmosphere and both sides agreed to strengthen the existing mechanisms of maintaining peace along the LC.