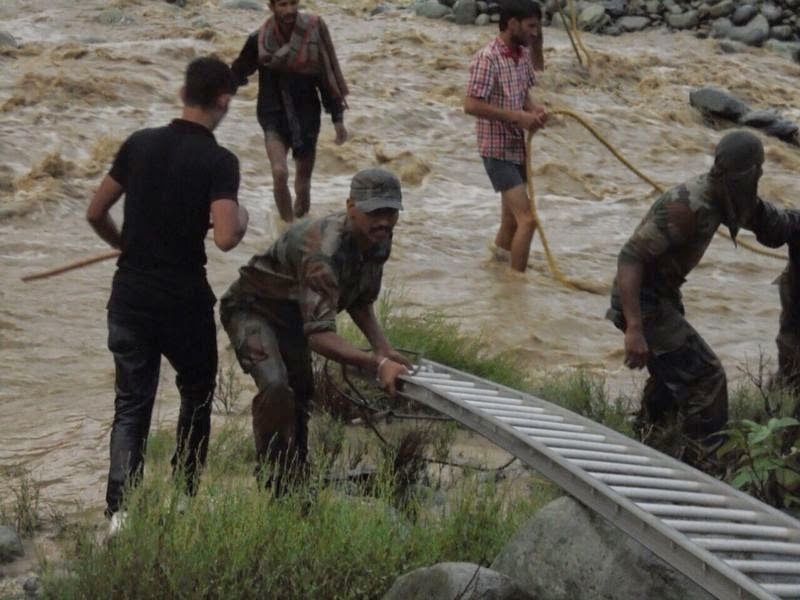 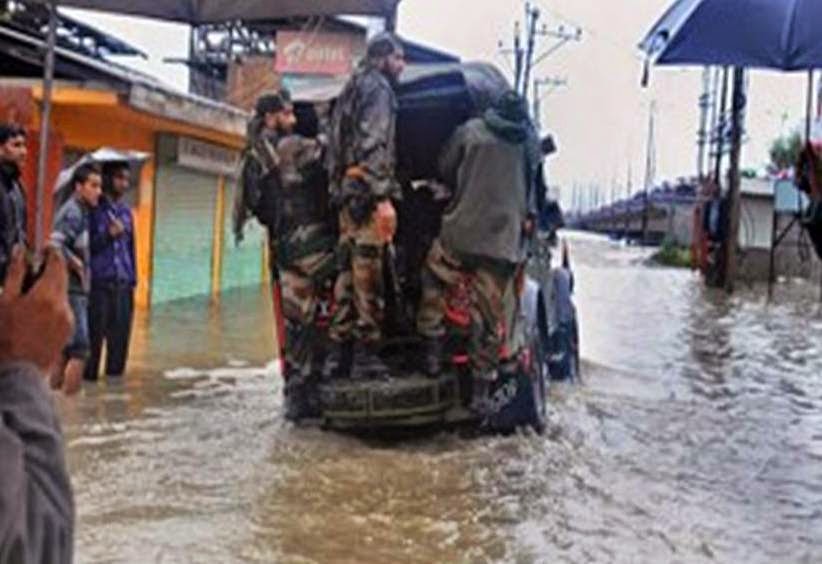 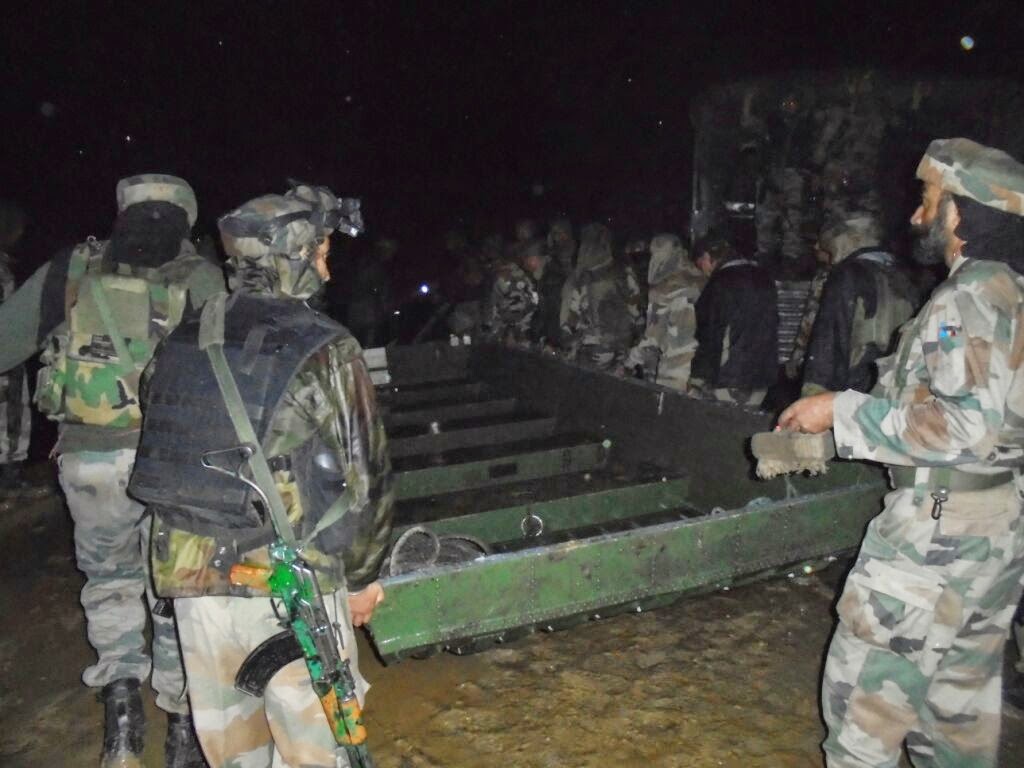 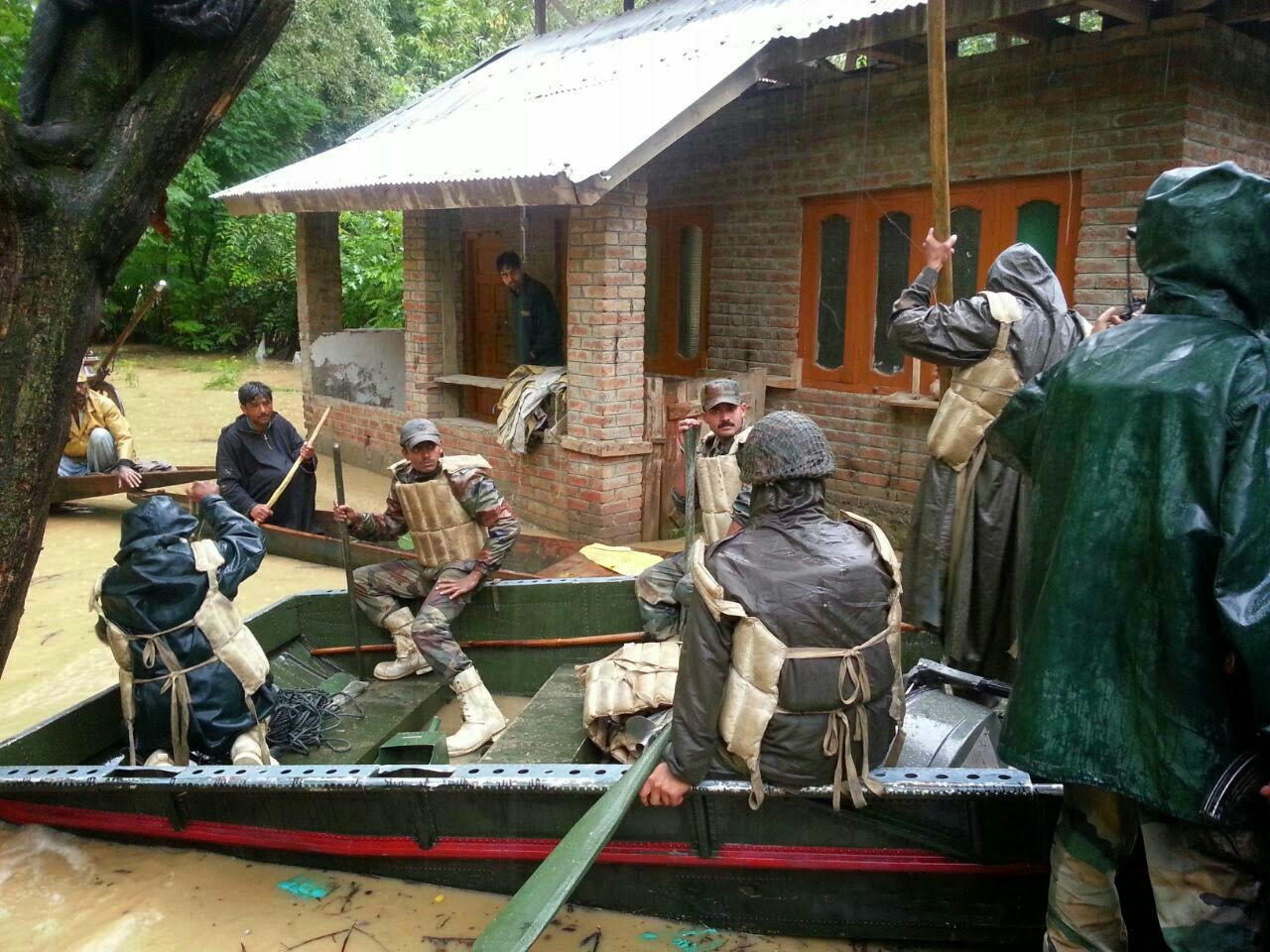 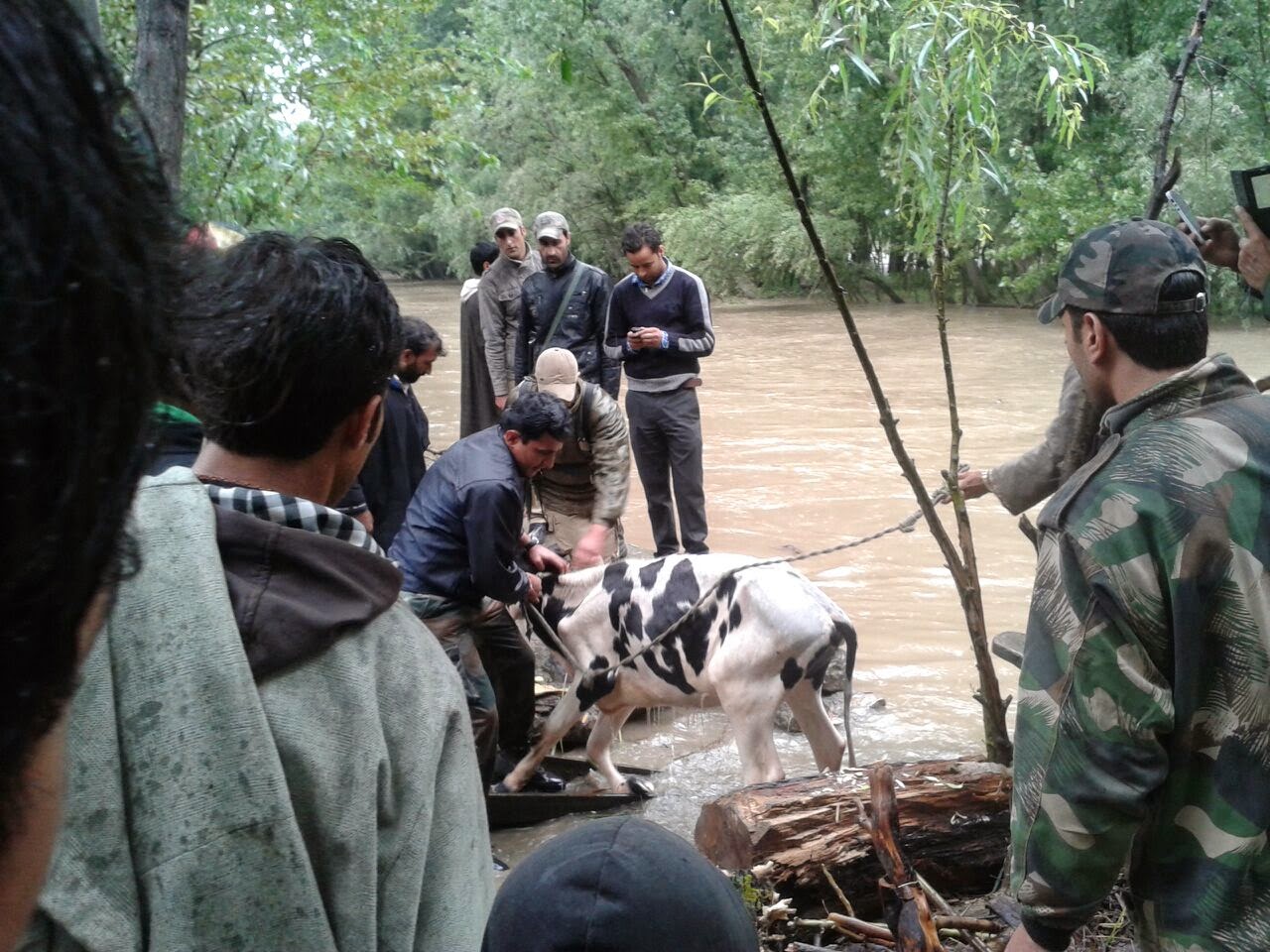 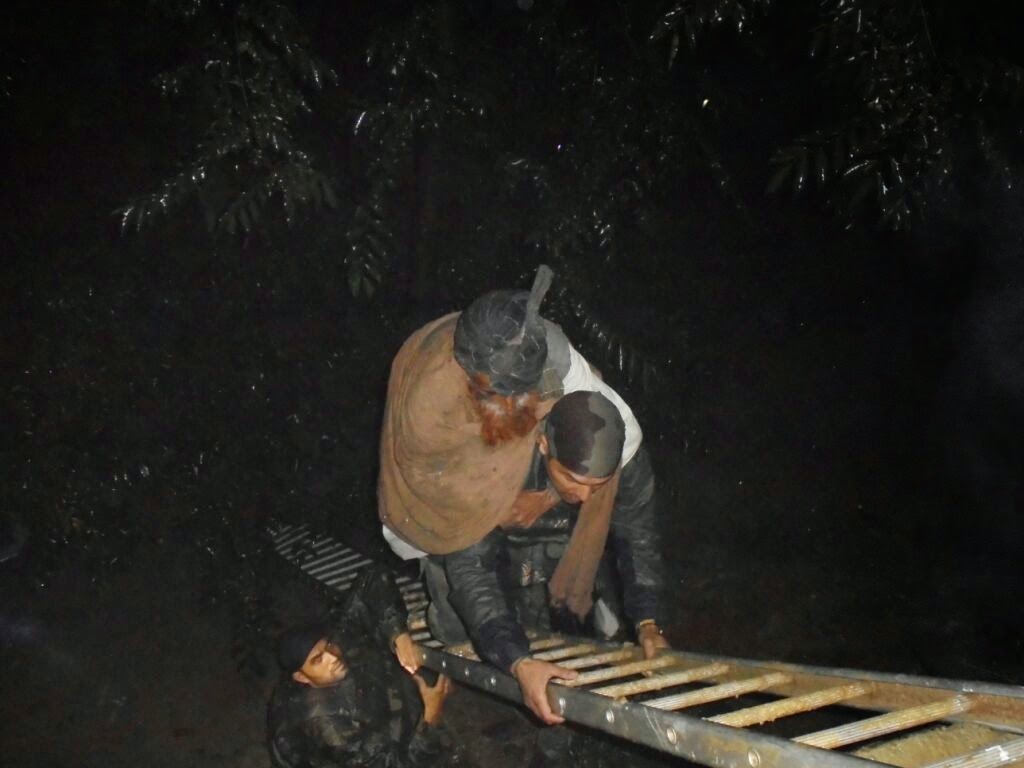 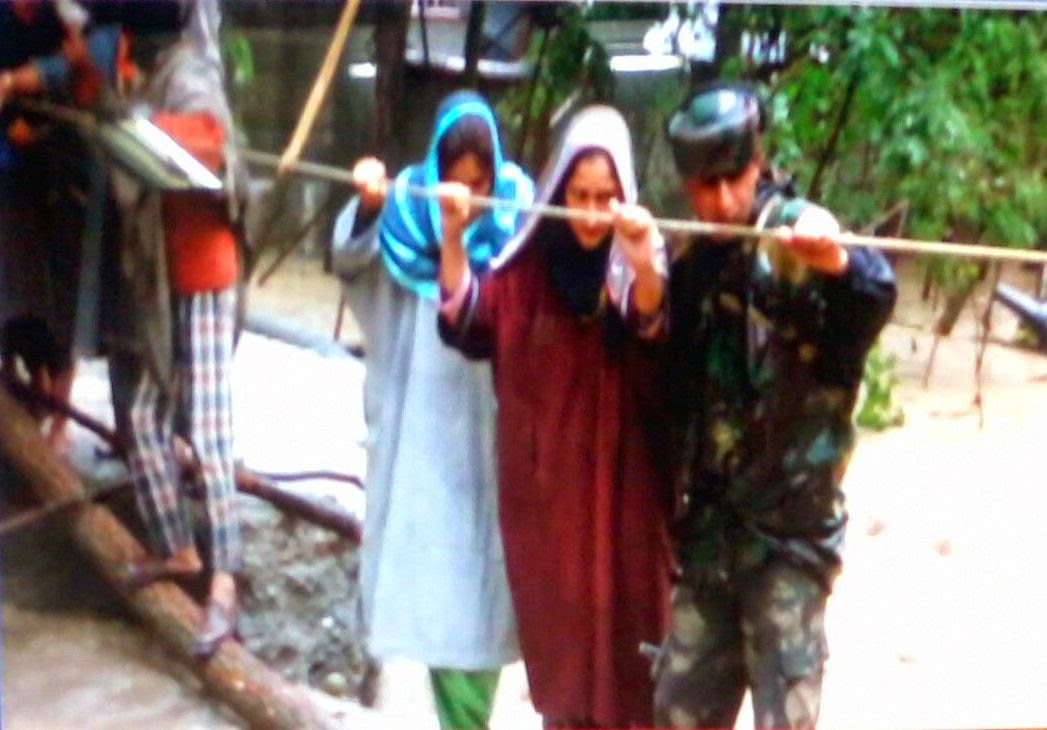 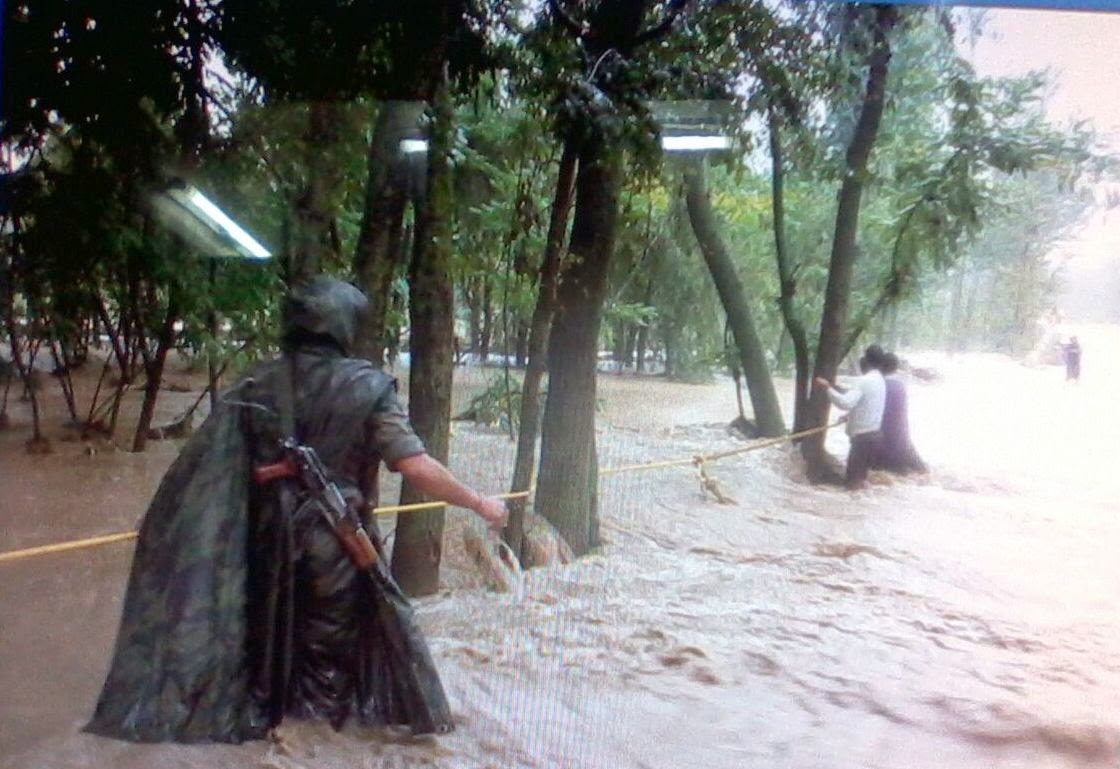 Due to incessant rains since 03 Sep 14, Army has launched ‘Operation Sahayata’ to provide rescue and relief in areas of Kashmir Valley, Naoshera, Rajouri, Thanamandi and Poonch, in coordination with civil administration.

Fifty Army columns have been deployed and another 65 are standby.  Approx 1750 people have been evacuated to safety from life threatening situations. The operations are in progress.

Army assistance is being provided in form of rescuing and shifting people to unaffected areas, providing tented accommodation to displaced, assistance in providing crossing places over rivers/nallals in spate, clearance of roads due to land slides especially  NH-44 (Jammu – Banihal - Srinagar), and providing medical aid. Army Formations are proactively reaching out to flood affected people to render all possible assistance.

Army helicopters are on standby in the ongoing rescue and relief operation.

Three columns have been carrying out flood relief operations on requisition by the Civil Administration. More than 100 people have been evacuated. Poonch river is in spate and Pooch Town is out of electricity and water supply.

Two villages, Degwaar and Karichaman are completely submerged. More than 125 civilian have been evacuated by the Army employing two flood relief columns.

Three columns have been carrying out flood relief operations and have rescued more than 200 people in Village Khandli and Dangri.

Three columns have been carrying out flood relief operations and have rescued more than 60 people. Special Forces Divers have also been deployed for the search and rescue operations and recovery of dead bodies of passengers of bus accident on 4 Sept 2014.