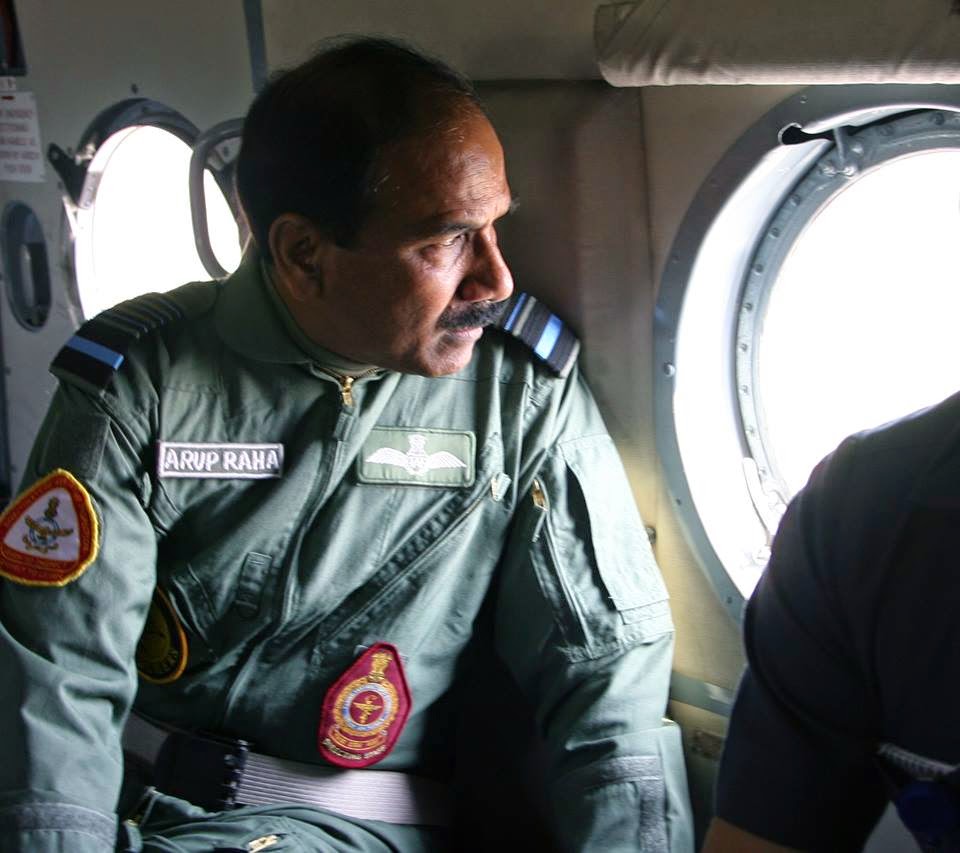 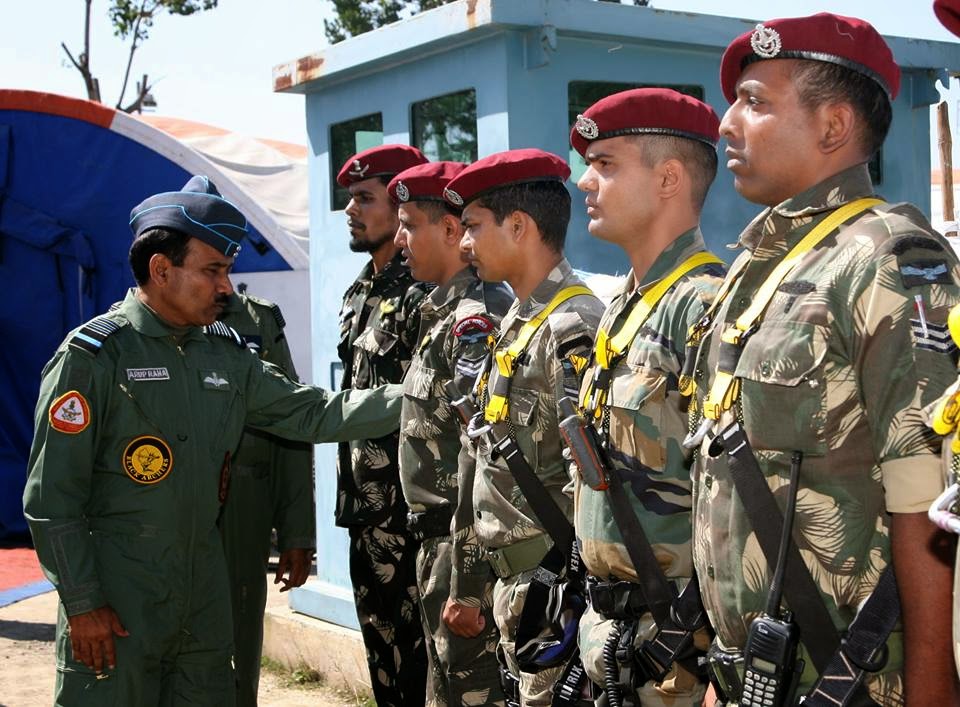 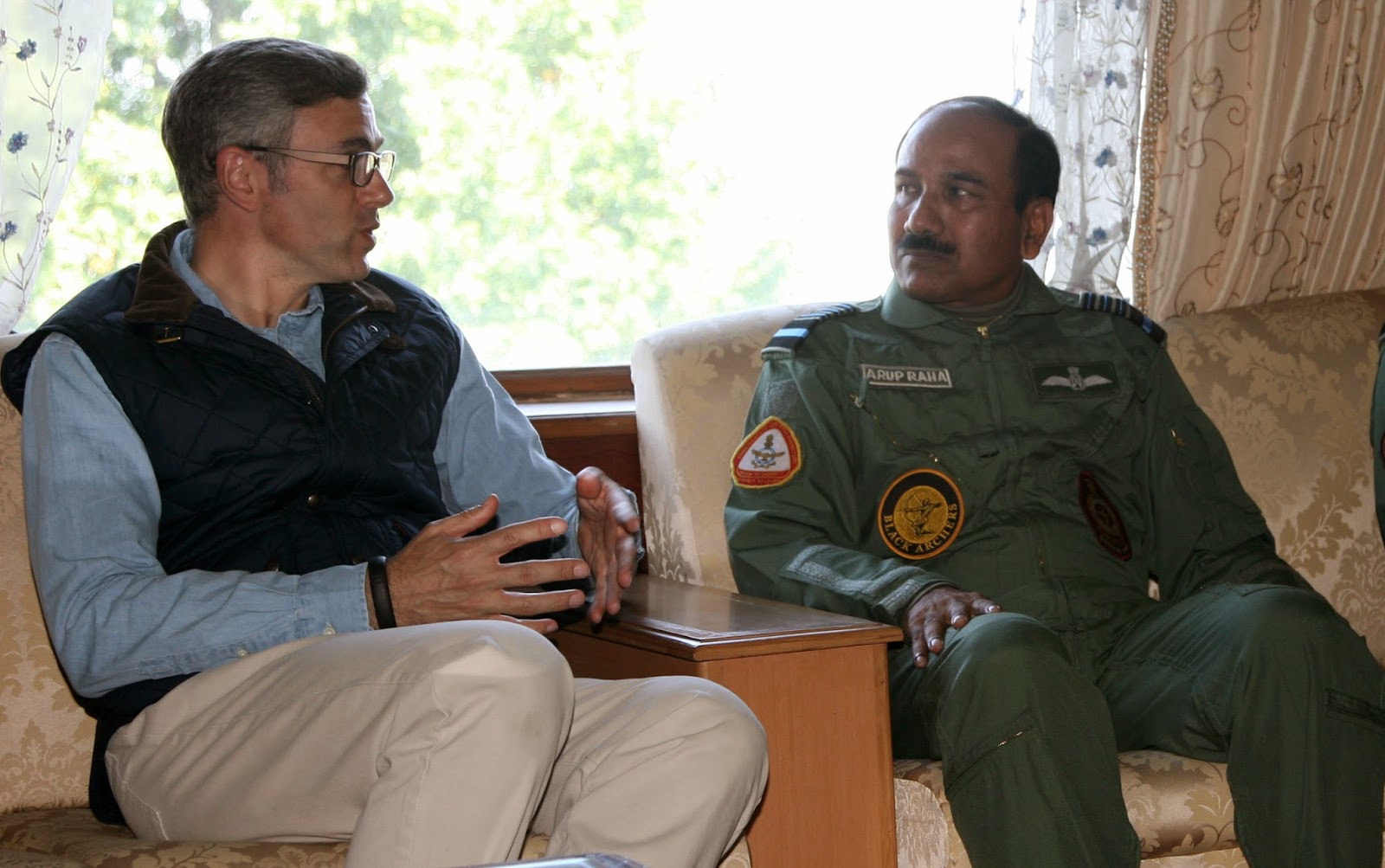 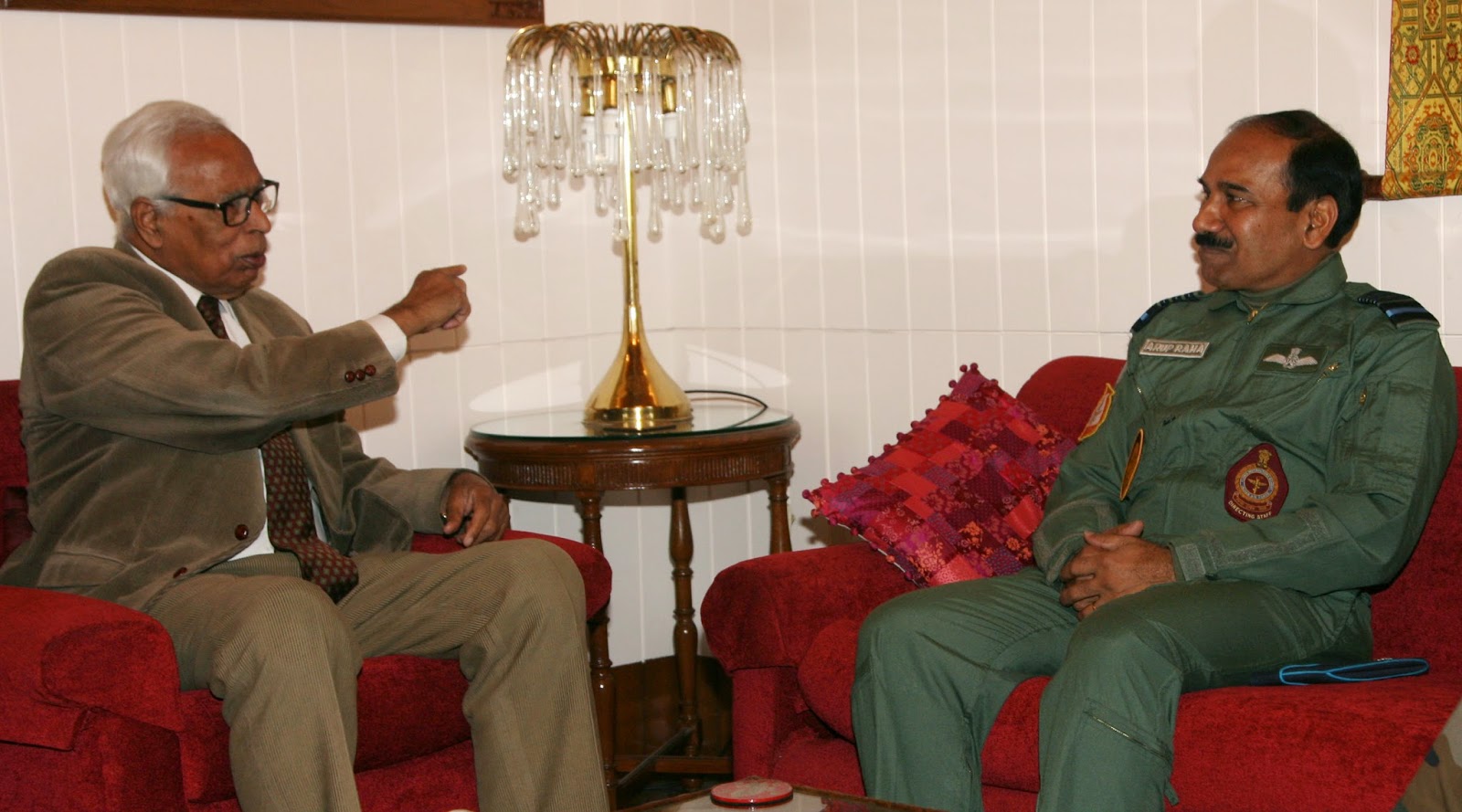 The Chairman, Chiefs of Staff Committee (COSC) and Chief of the Air Staff (CAS)  Air Chief Marshal Arup Raha visited the flood affected areas of Jammu and Kashmir, today and carried out aerial recce of both north and south Kashmir.

The Air Chief Marshal took stock of the relief and rescue operations being carried out by the Armed Forces.  He was extremely satisfied with the team work and joint operations being carried out by  Army, Navy,  Air Force and NDRF  and trying their best to restore conditions back to normalcy.
During his visit, the Air Chief was received by Air Commodore B Balachandran, Air Officer Commanding (AOC) Air Force Station, Srinagar.  The majority of relief operations have been launched and carried out from Air Force Station Srinagar.  He then met  Lieutenant General Subrata Saha,  Commander 15 Corps at Badami Bagh Cantt.  He also called on Hon’ble Chief Minister Shri Omar Abdullah at Hari Niwas and  Hon’ble Governor  Shri NN Vohra at Raj Bhawan.

The Air Chief Marshal was extremely happy with all the Air Force  stations that pitched in all effort day and night to rescue and provide relief to flood victims.  The Air Chief said “that the operations will continue till the time there is a requirement and we are here to help the people, Nation and Government in rescue and relief in time of need.”  He interacted with the station personnel of Srinagar and Awantipur and said that every air warrior “had done their bit including the support  services”.  It was one of the biggest and challenging helicopter and transport operation carried out  in the past one week in one of the most challenging circumstances of difficult terrain, inclement weather,  flying at a varying altitude and unprecedented  bird activity.  He said that an outstanding effort was put in by all personnel of Indian Air Force (IAF) carrying out  day and night operations to offload and disperse relief  material.

The Air Chief also visited the No. 3 Rapid Air Medical Team (RAMT) and  found it well established and equipped Mobile Critical Care Centre for flood victims.  He interacted with the Commandos who were involved in these operations and had rescued a number of people.