110 Indian Army Columns Out In J&K For Rescue From Kashmir Floods, IAF Swings Into Action For Flood Relief In J&K 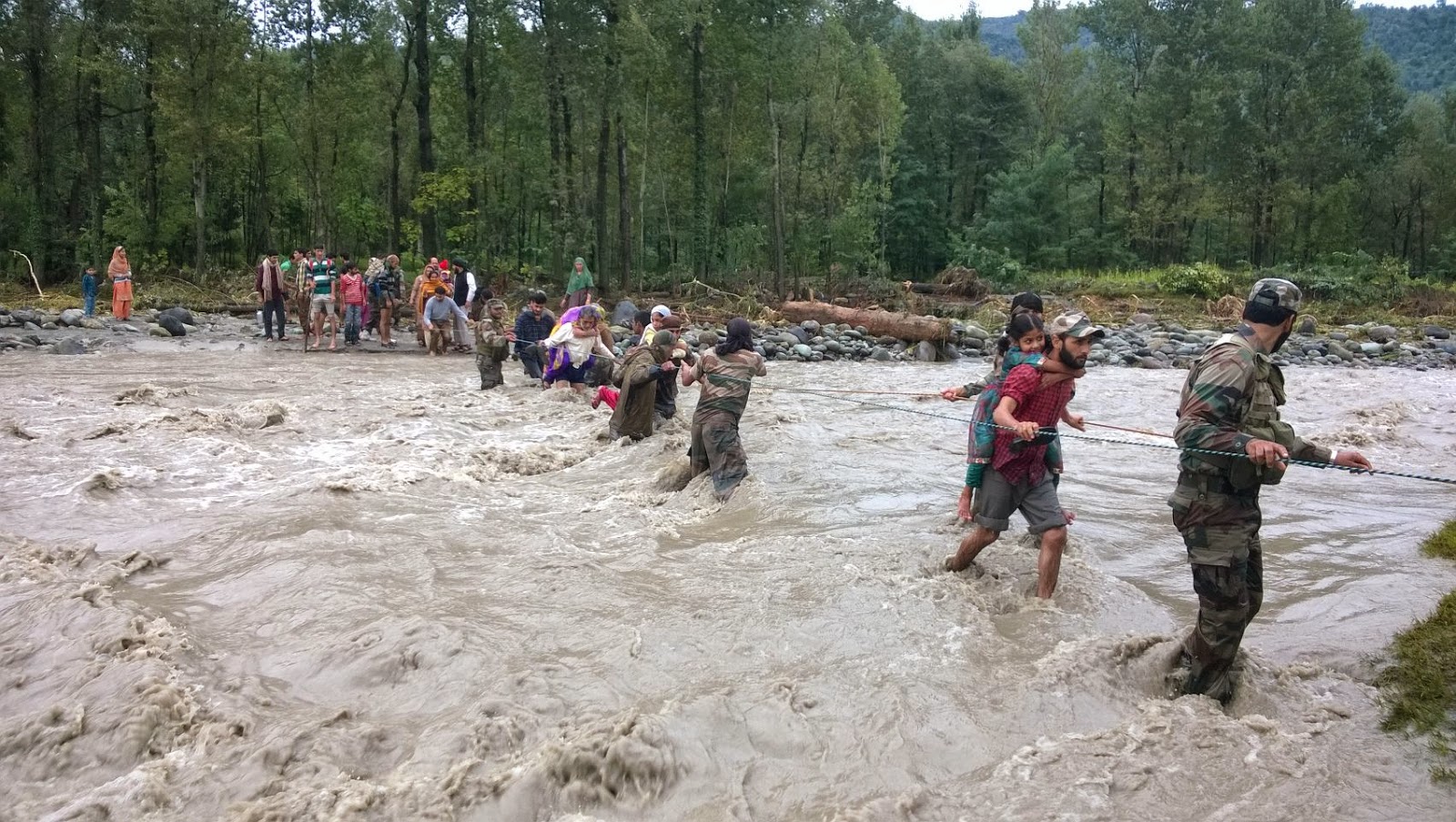 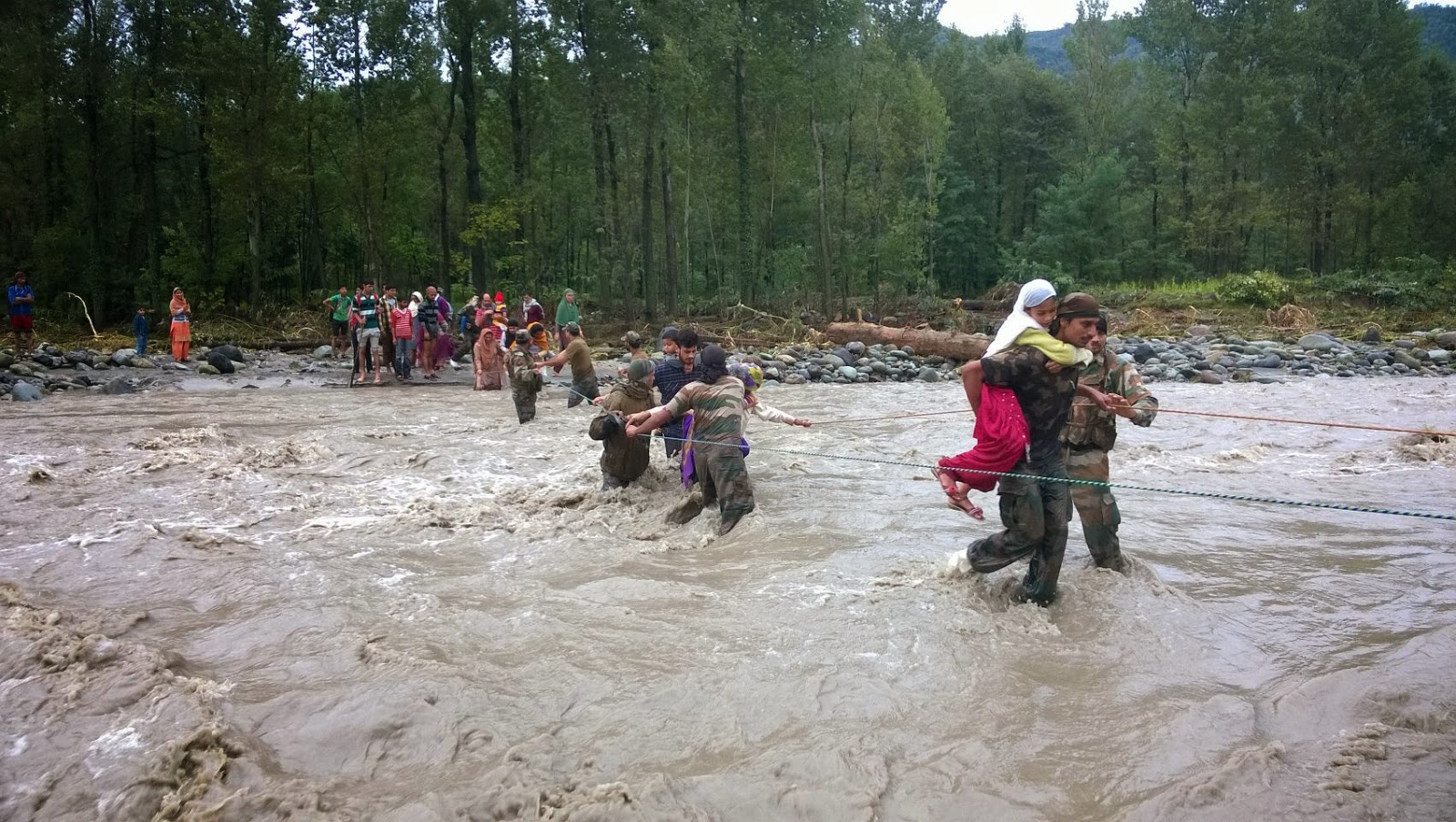 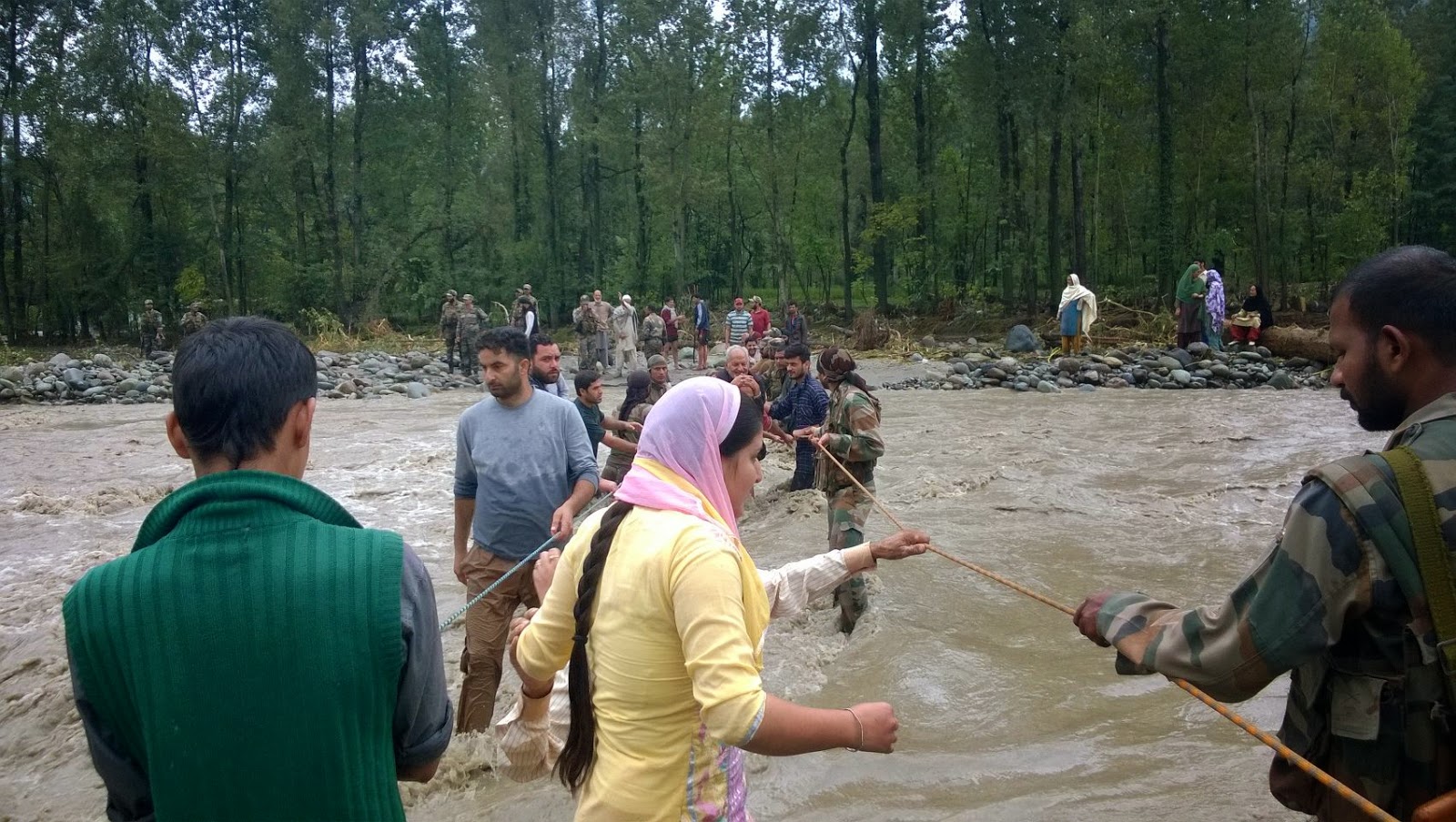 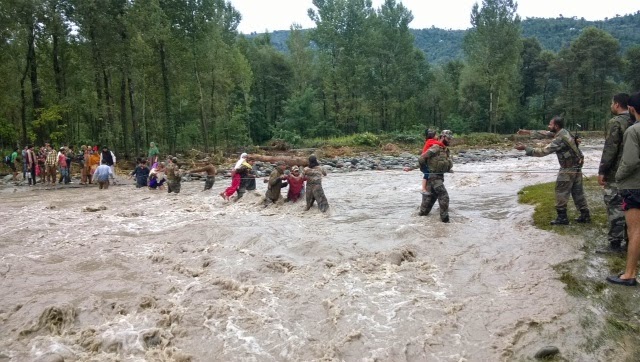 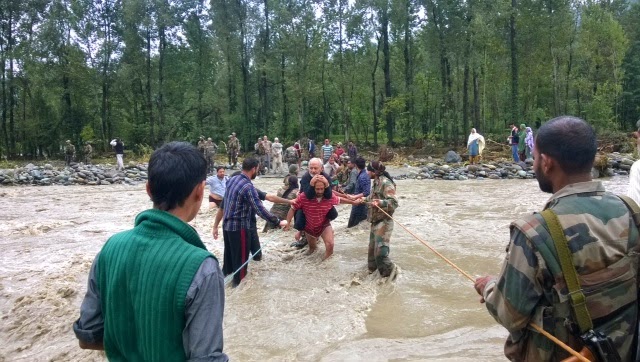 In the past 48 hours Indian Air Force mounted IL-76 sorties and pressed into action two AN-32 aircraft to airlift NDRF teams and equipment from Bhatinda to Srinagar and Jammu Air Force Bases.

The HQ Western Air Command has opened a disaster monitoring cell that is coordinating the efforts between all its bases including Srinagar, Udhampur, Jammu & Sarsawa apart from fixed wing effort from other bases. The IAF Command has alerted all its bases to a high state of readiness to respond to the emerging situation.

Today bad weather at Srinagar did not permit lauch of Helicopter effort, from there. 06 sorties by Mi-17 IV and Mi 17 V-5 were launched ex AF Stn Jammu that evacuated 108 personnel from including 3 children of these 94 personnel were moved to safer areas. Many of them were stranded on rooftops, marooned in the floods.

The IL-76 airlifted 32 tonnes of load and 162 NDRF personnel to Srinagar, Where as two AN-32 carried 25 NDRF personnel and load of 4 Tonnes to AF Stn Jammu.

The IAF has assigned aircrafts at its bases at Agra, Chandigarh, Suratgarh and Sarsawa apart from those in J&K area for the relief operation.