Soldier Who Went Missing 18 Yrs Ago Laid To Rest 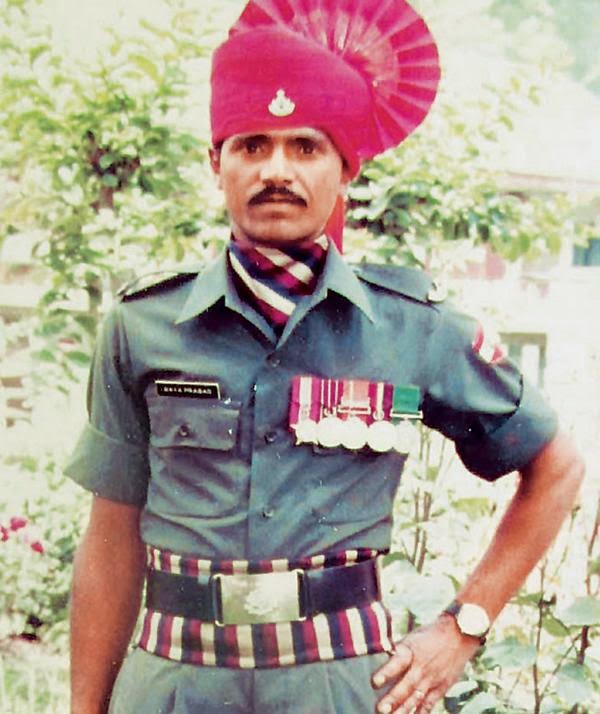 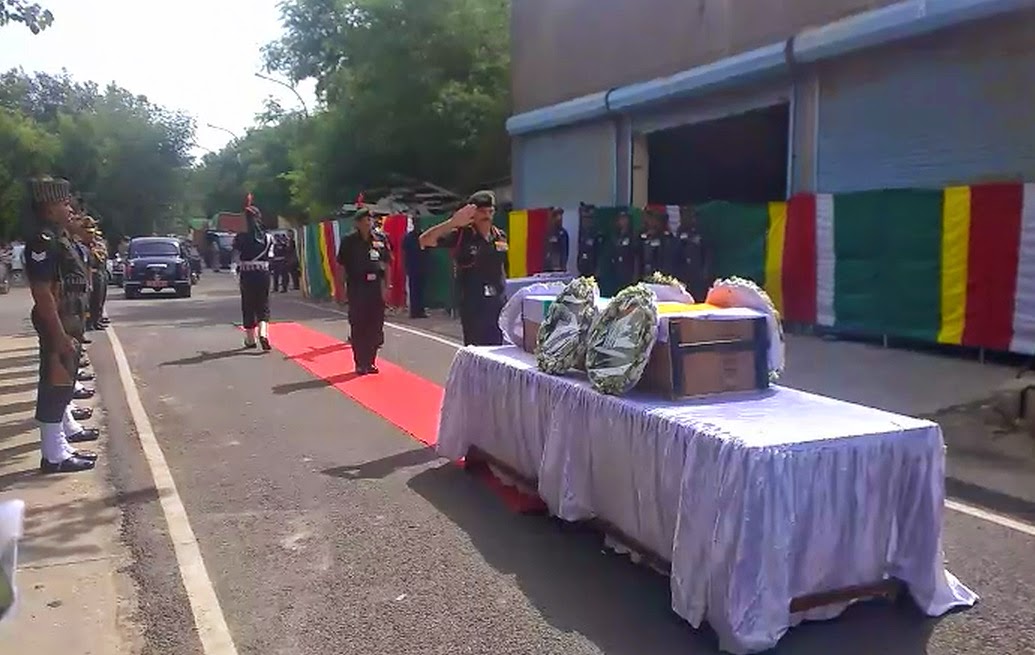 The COAS, Gen Dalbir Singh, paid tributes to the mortal remains of Havildar Gaya Prasad of 15 RAJPUT on 20 Aug 14 in Delhi, who was declared “Missing Dead” 18 years ago while serving at Khanda Post in Siachen (Northern Glacier).

Havildar Gaya Prasad was collecting stores dropped by  helicopter at Khanda Dropping Zone, when he fell into a crevasse, on 09 Dec 1996. All attempts to rescue him could not succeed despite sustained efforts over three days.

Recently, a unit deployed in the area recovered the body which had partially surfaced and was identified as that of Havildar Gaya Prasad.  He is survived by his father, Shri Gajadhar (Retired Subedar), his wife Smt Rama Devi, one son and two daughters.

His mortal remains were flown from Leh to Delhi and are being transported by road to his native village of Kurlia, Police Station – Kishni in Mainpuri District of Uttar Pradesh, where the last rites will be performed on 21 Aug 2014.