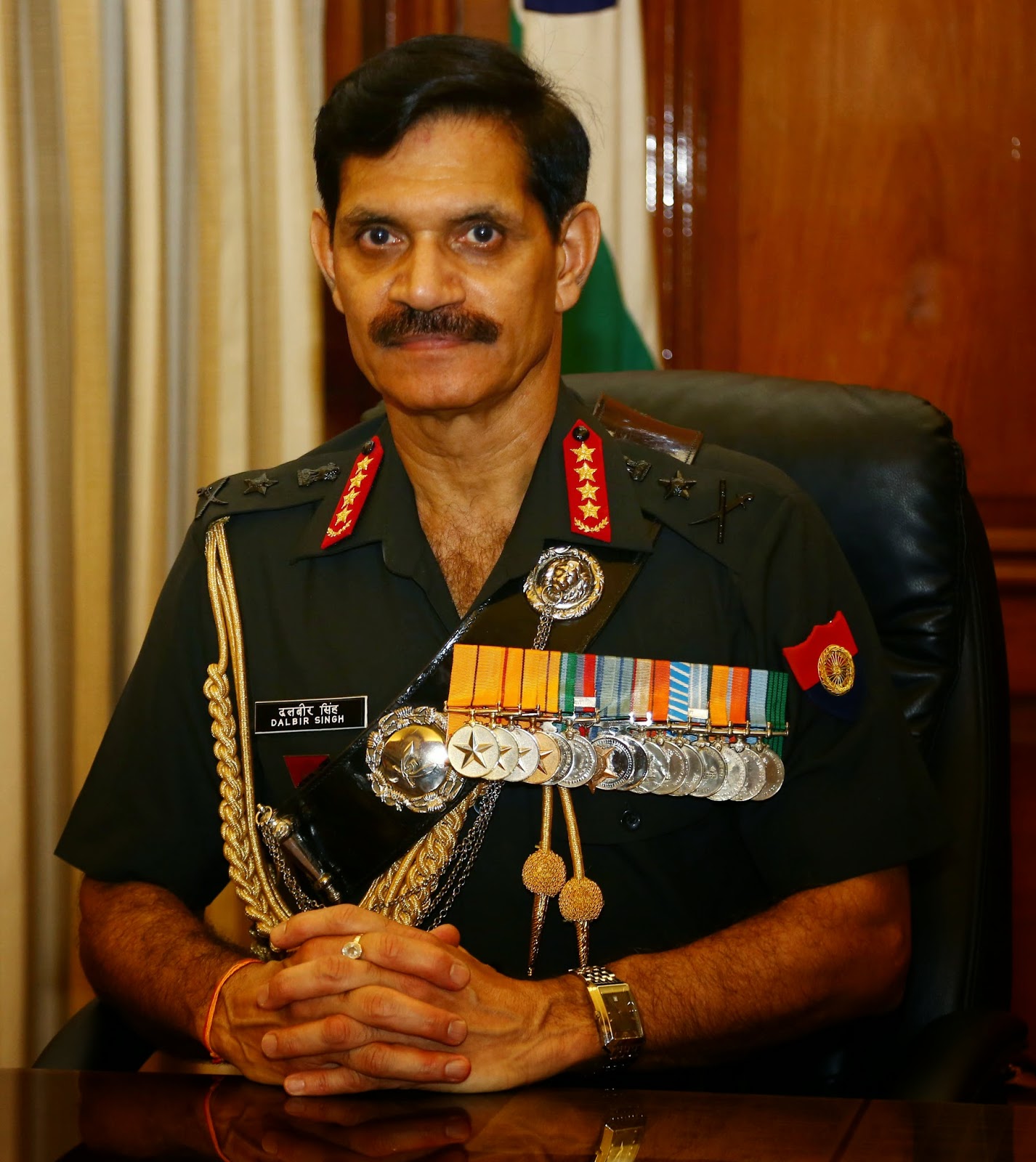 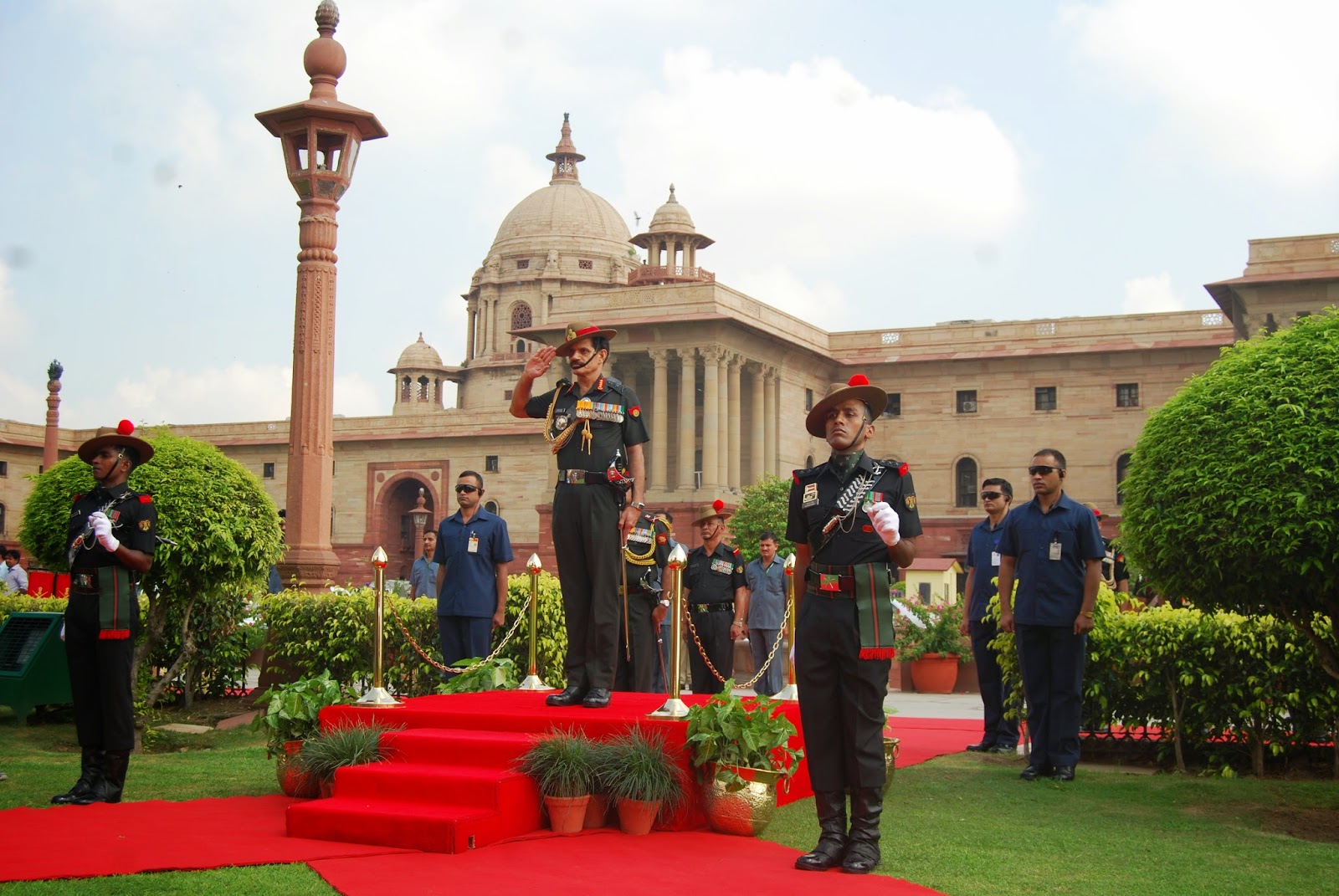 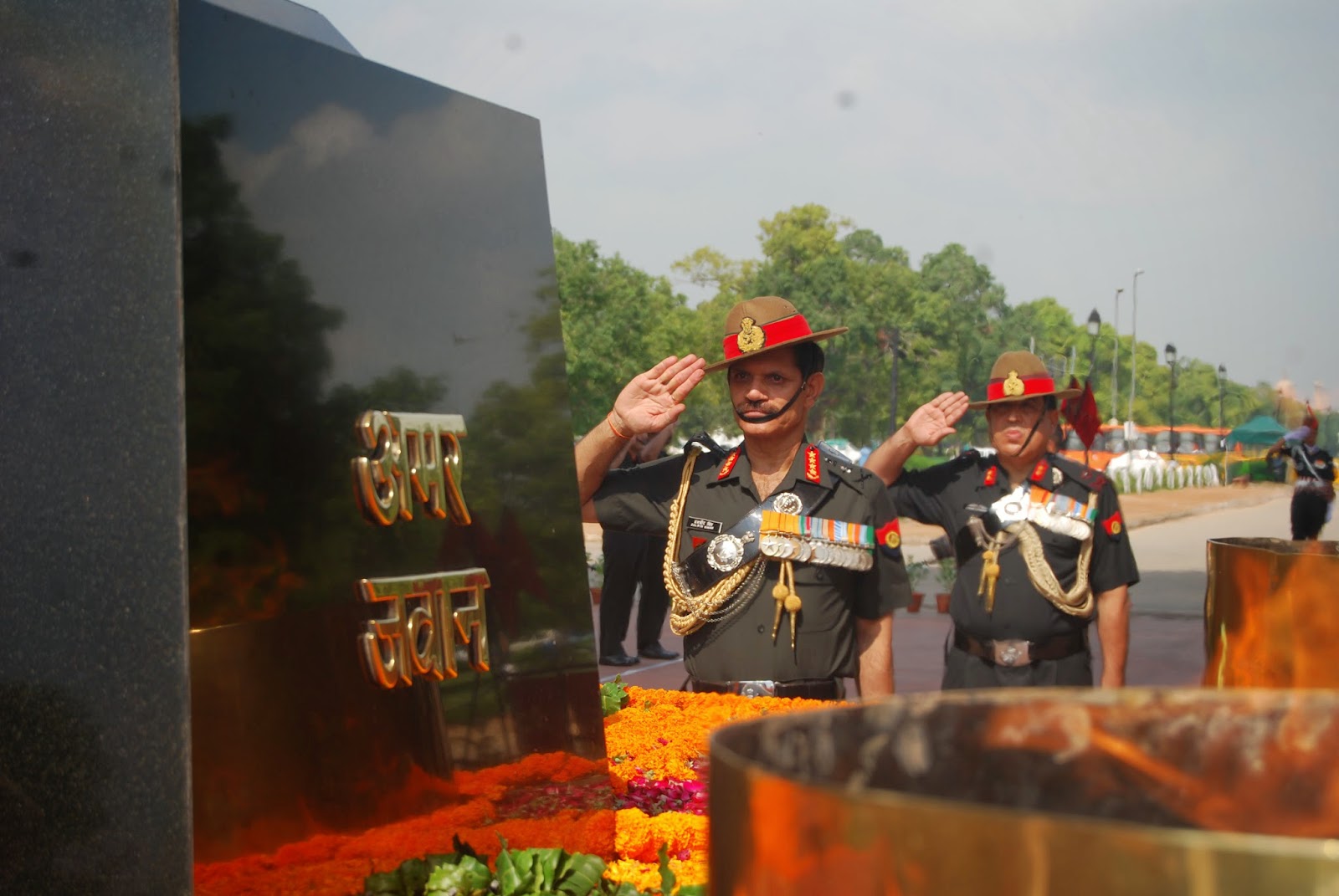 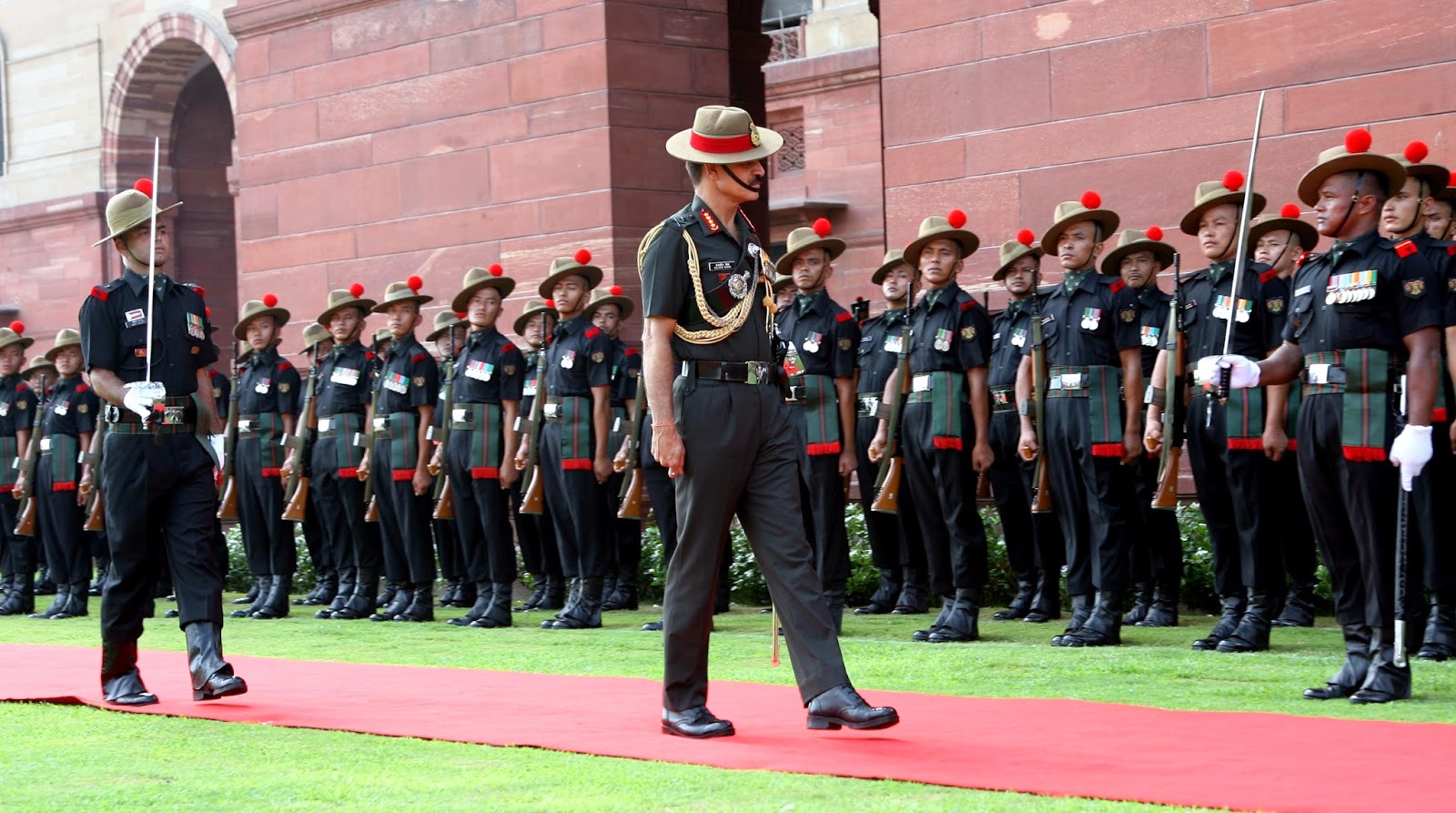 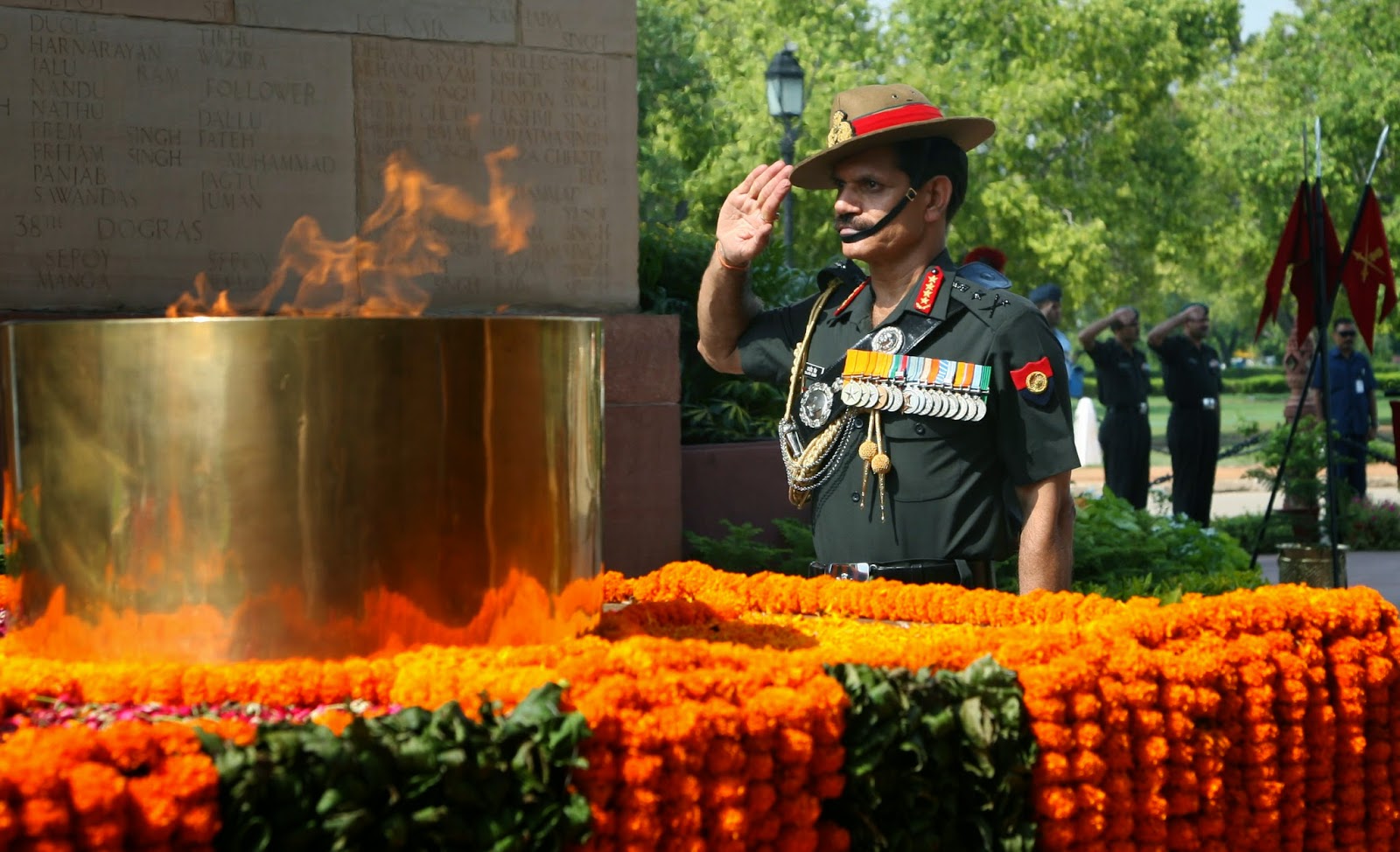 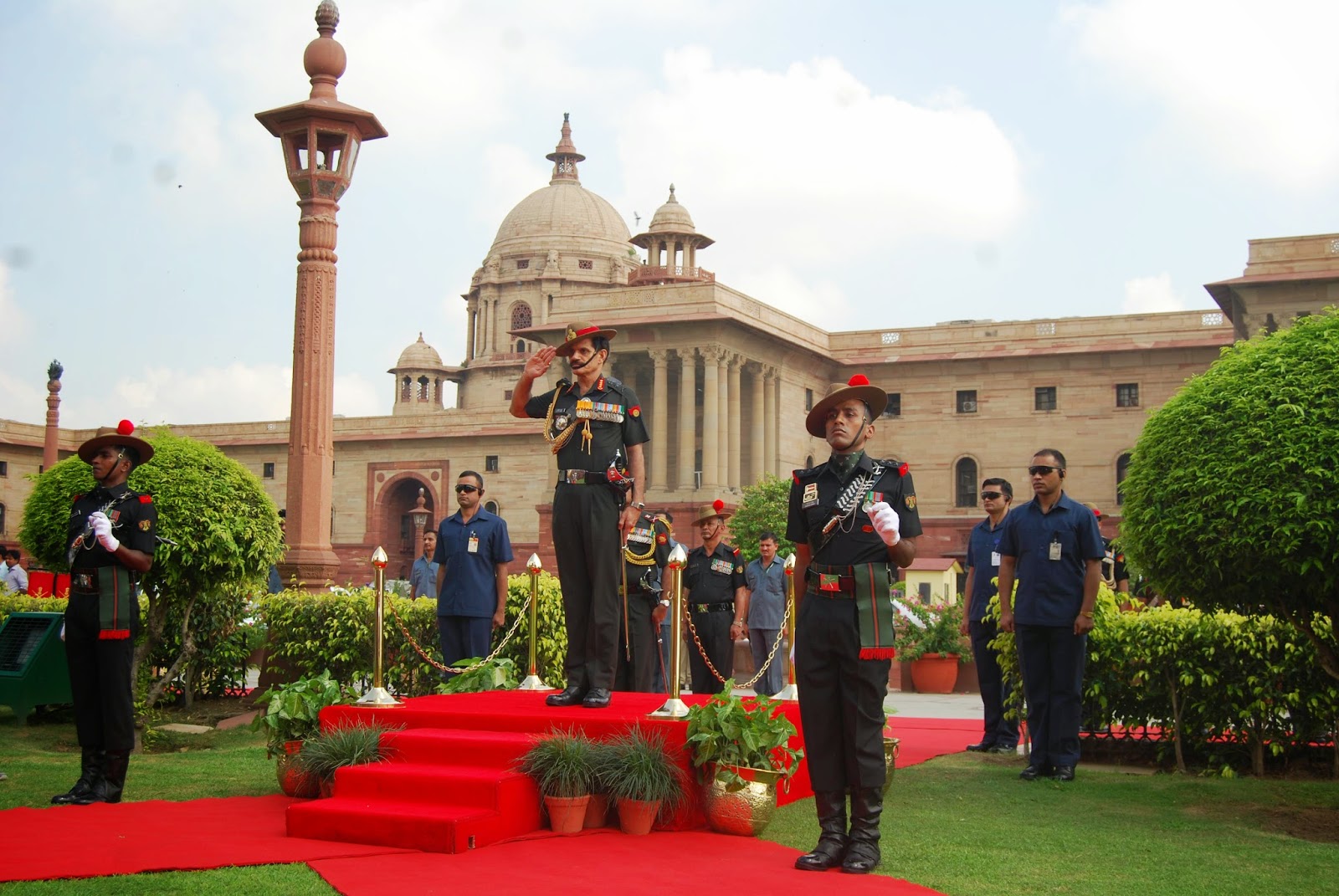 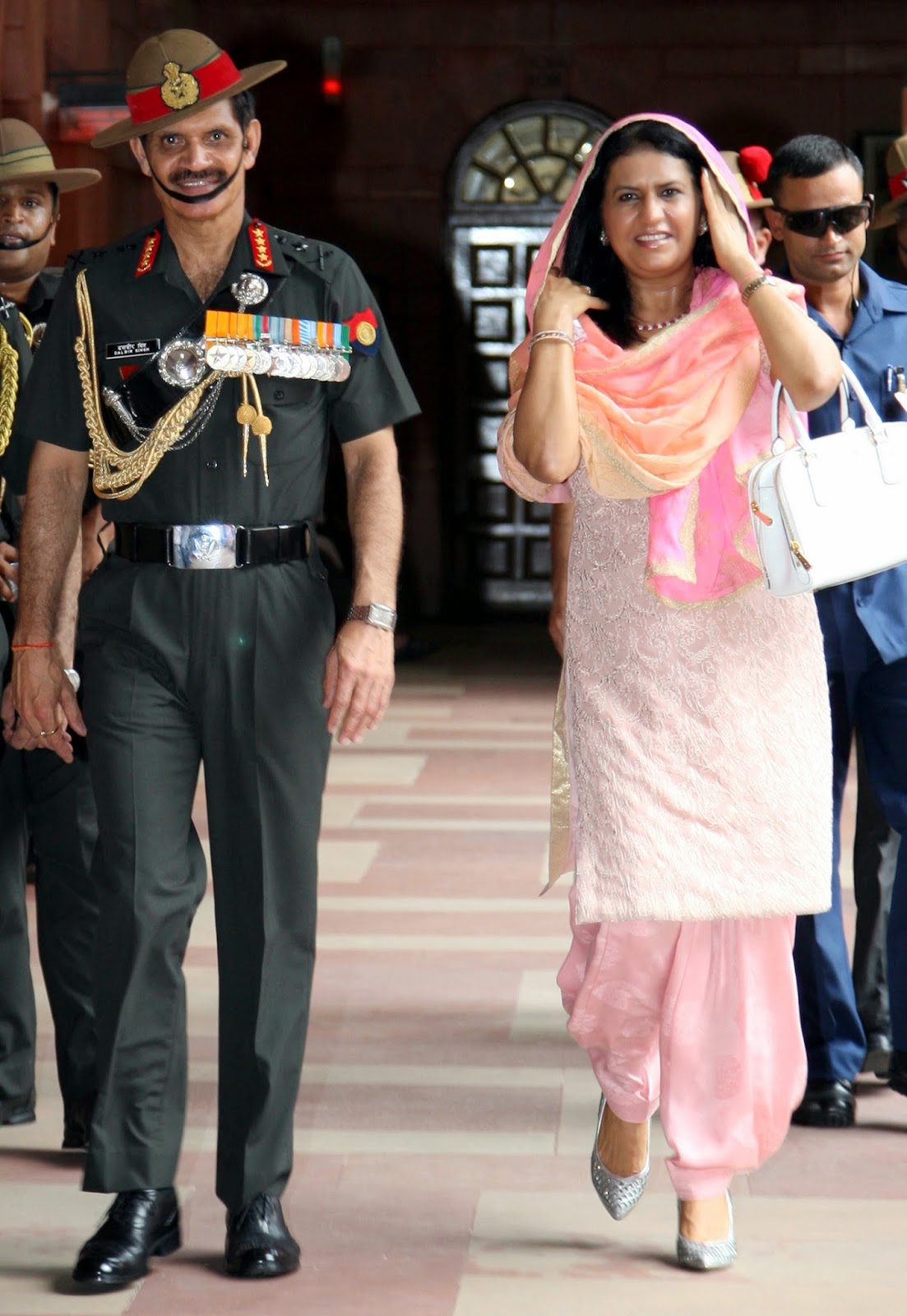 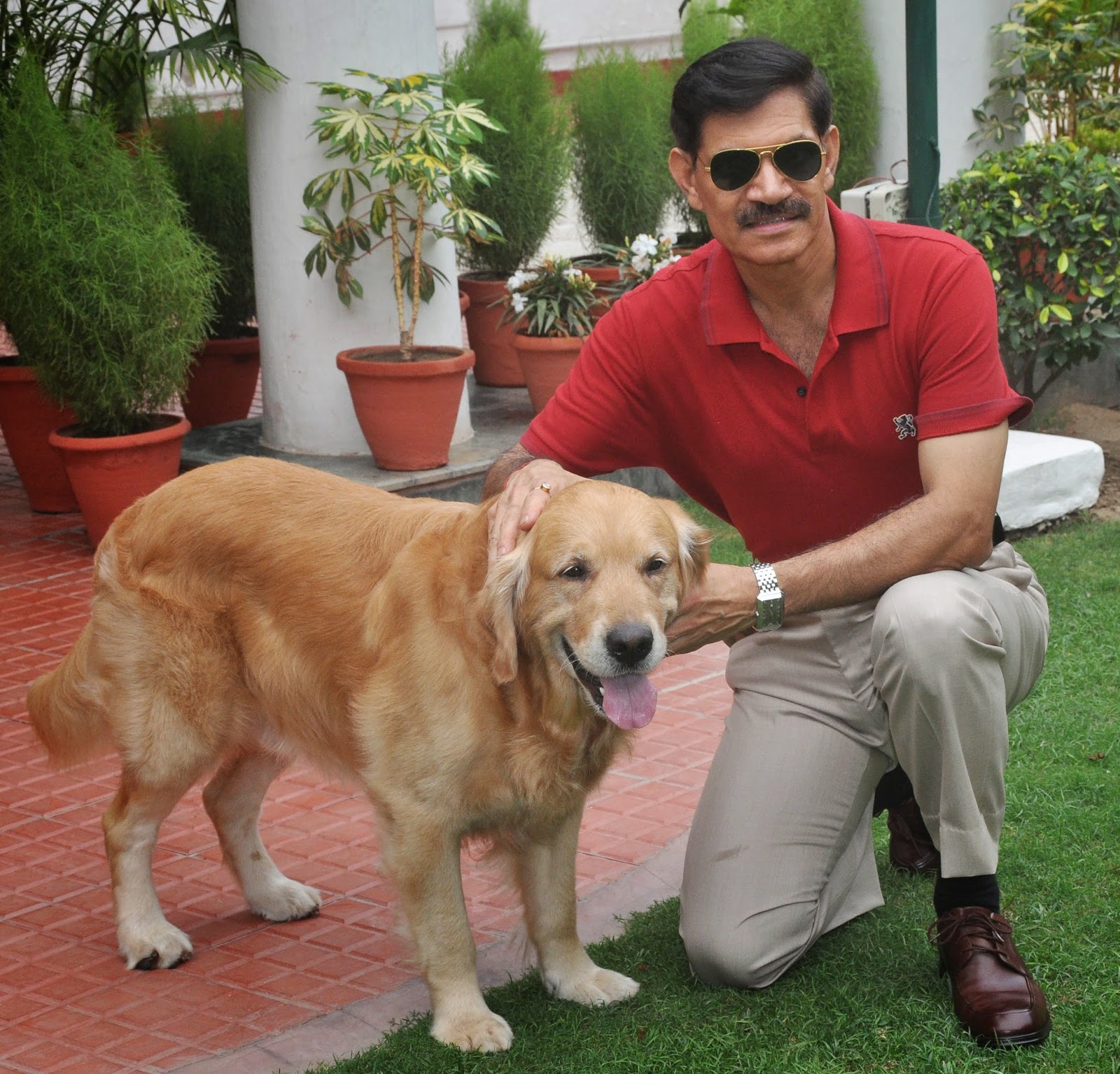 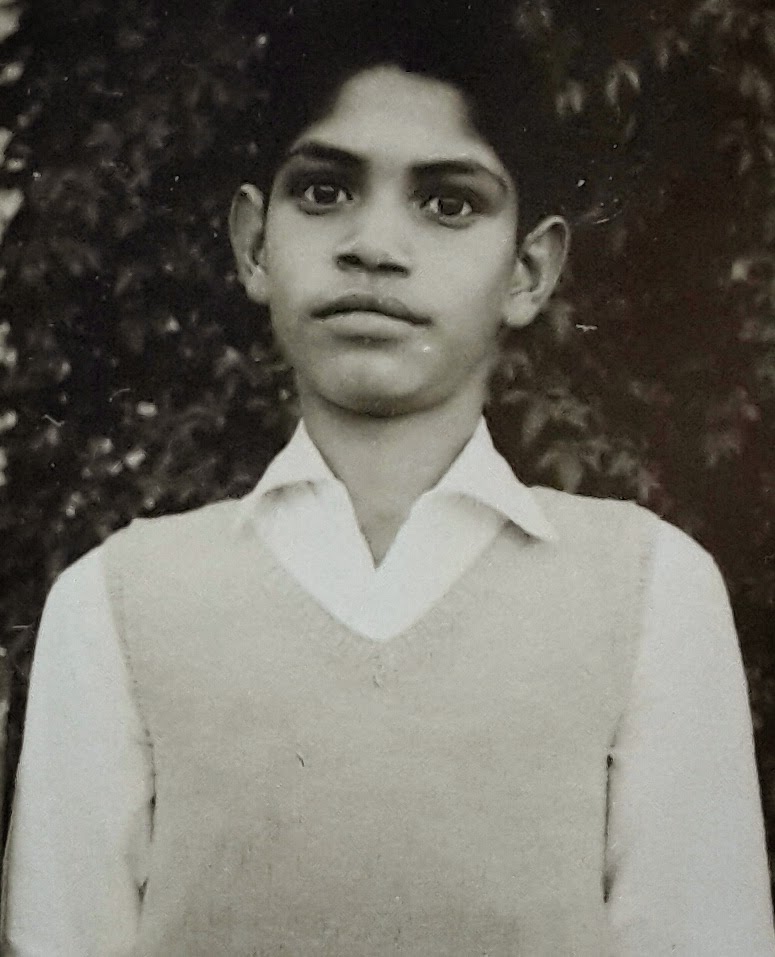 General Dalbir Singh, PVSM, UYSM, AVSM, VSM, ADC,  has taken over as the 26th Chief of the Army Staff of the Indian Army today.  The General is an alumnus of Sainik School, Chittorgarh.  He joined National Defence Academy (NDA) in 1970 and was commissioned into 4/5 GR (FF) in Jun 1974.  He holds a Masters Degrees in Management Studies from Osmania University and Strategic Studies from Chennai University. The General Officer has attended various career courses in India and abroad which include ‘Long Defence Management Course’ at CDM, Secunderabad, NDC Course at New Delhi, Executive Course in USA and Senior  Mission  Leaders Course (UN) in Kenya.

In a distinguished military career, spanning four decades, he has tenanted critical Command and Staff appointments which include tactical and operational levels of command in active counter insurgency and proxy war environment in the North East and Jammu & Kashmir. The General possesses tremendous operational experience which includes a tenure as a Company Commander in Op PAWAN in Sri Lanka, raising and commanding a Rashtriya Rifles Battalion in Nagaland and  an Infantry Brigade deeply committed in intense Counter Insurgency Operations in the Kashmir Valley.  He also holds the distinction of commanding a Mountain Division in Jammu & Kashmir, deployed on the Line of Control in High Altitude Area.

The General has served as an Instructor in Army School of Mechanical Transport (ASMT), Bangalore as well as Indian Military Academy (IMA), Dehradun. He has also tenanted important staff appointments at the Divisional and the Corps levels.  He has also held important assignments in Army Headquarters, both as a Colonel and as a Brigadier.

The General is a keen sportsman and takes special interest in Riding and Swimming.  He is married to Mrs Namita Suhag, who is a Political Science graduate from Delhi University.

Ascent of a General

His elevation to the coveted post is an inspiring saga of a young village boy's aspirations who wanted to be an army officer one day. By sheer hard work, resolve and dedication he not only succeeded in becoming an army officer, but also its topmost General, this day.

The story of his life is what dreams are made of; dreams that millions of youth see, but few realise. The story of the ascent of India's new Army Chief will most certainly inspire the youth who can now believe in themselves and their dreams, and with efforts, realise them too.

For the records, he is the third Army Chief after and Gen S.H.F.J. Manekshaw (later conferred the Field Marshal's rank) and Gen G.G. Bewoor, who were either commissioned into or were associated with the Brigade of Gorkhas.

Gen Dalbir Singh was commissioned on June 1974 into 4/5 GR (FF), more easily understood as the 4th Battalion of the 5th Gorkha Rifles (Frontier Force) for those not too familiar with such military nomenclatures.

It was a conscious choice I made as I wanted to join only the infantry,” says Gen Dalbir of his choice to seek out the Gorkha Regiment, whose soldiers are inarguably among the finest in the world, also much-feared and renowned for their bravery.

With a lean and muscular frame at six-feet, the new Army Chief literally and figuratively stands tall not just in the army but also is the revered patriarch for the Gorkha troops as their senior-most serving General. By virtue of the same, he holds the twin ceremonial appointments of 'Colonel of the Regiment' 5 GR (FF) since April 19, 2011, and as 'President Gorkha Brigade' since January 1, 2014.

However, traditionally an Army Chief also becomes 'Honorary Colonel' of several other 'Arms' and 'Regiments' of the Indian Army by age-old customs.

Born to be a warrior

General Dalbir Singh was born in Bishan village in Haryana's Jhajjar district on December 28, 1954. Although essentially an agrarian village like so many others in the region, large numbers of able-bodied men from these predominantly Jat villages, who inherit a martial ancestry and legacy, also choose to serve in the army.

It may seem an odious inference but the coincidence is nearly hard to miss. Hailing from a nearby town – Kurukshetra -- made famous in the Indian epic Mahabharata for its warring generals and an enduring battle, it seems as if ordained that a warrior would one day emerge from around here to be bequeathed as a modern-day General for the Indian Army.

In a script that belies belief, the boy who would one day be a General and Chief of the Indian Army in the 21st century had a far more humble beginnings than many would ever imagine. Dalbir began his schooling in the village primary school that had just about two brick-laid rooms to speak for any modicum of a school. The rooms were also the exclusive preserve of the senior classes, he recalls. Others including him had an earthier and shaded space beneath the trees.

Life in a village for a young boy then was much the same as is perhaps even today, in most rural settings. Nearly every village lad lends a helping hand in tilling or attending to the fields in their spare time or when the harvest season so demanded.

Young Dalbir too would also help his family members in his own way. This would nurture a deep sense of respect for the motherland that bore them their daily bread. It also instilled a great deal of pride in the young lad who was destined for a far bigger role in future, to protect this very land and its frontiers from external aggressions and threats, someday.

A cadet's life beckons at school

In 1961, the Government of India set out to establish Sainik Schools, a residential Public School for boys in several states that would serve as feeder schools to various officers training establishments such as the National Defence Academy (NDA) among others.

Sainik School, Chittorgarh (SSC) in Rajasthan was also among them. Gen Dalbir's granduncle was an equestrian instructor in the school, who suggested that he studied there. Thus began a journey of a life in uniform for Cadet Dalbir Singh on January 15, 1965, now almost half a century.

Suhag, incidentally is indeed his surname and although not averse to being addressed as such, it may only be prudent to address the General by his duly listed name -- Dalbir Singh -- to rule out any speculation on the correctness or lack of it, in so far as addressing him on record is concerned.

The flight from his village Bishan to his eventual alma mater at Chittorgarh would greatly shape his future to be an officer in the army. The process of transforming him with all-round abilities, conviction, courage and a steely resolve would be set forth here under the tutelage of some of the finest teachers of those times.

Those who taught him are today, understandably, a proud lot. Among them, Shri K.S. Kang who is in his 90s, exclaimed he felt “18 again” on hearing the news that a protégé of his is set to be the Army Chief. Shri Kang had a 10-year stint as an instructor at Indian Military Academy (IMA) before joining SSC in its formative years. His experiences would prove invaluable.

Shri H.S. Rathi, a national-awardee teacher who retired in 1996, describes Cdt Dalbir as a “very sincere, hard-working and obedient student,” and also makes a special mention of his sporting excellence. “He was also very good in sports and was a gifted basketball player,” he recalls.