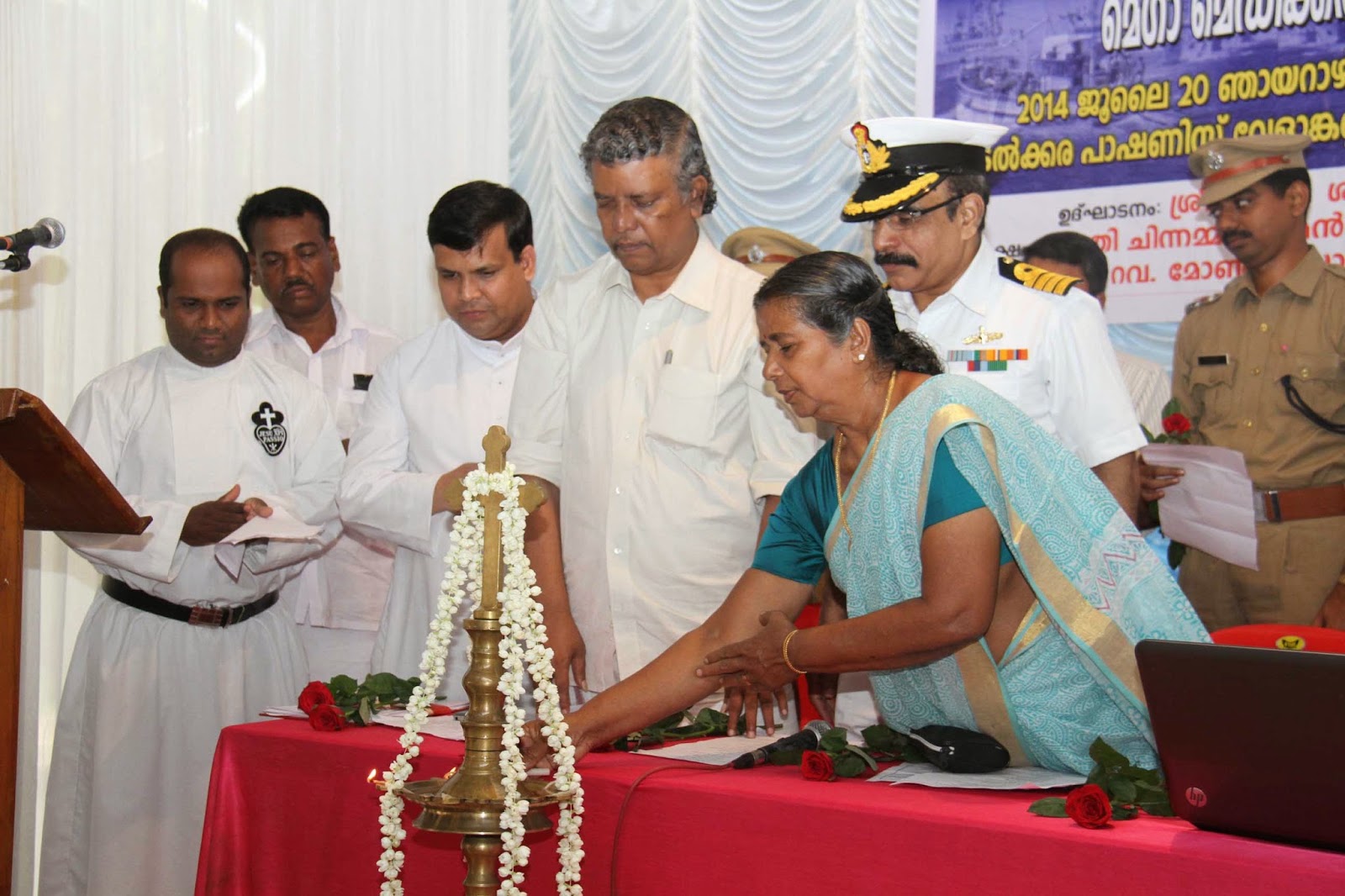 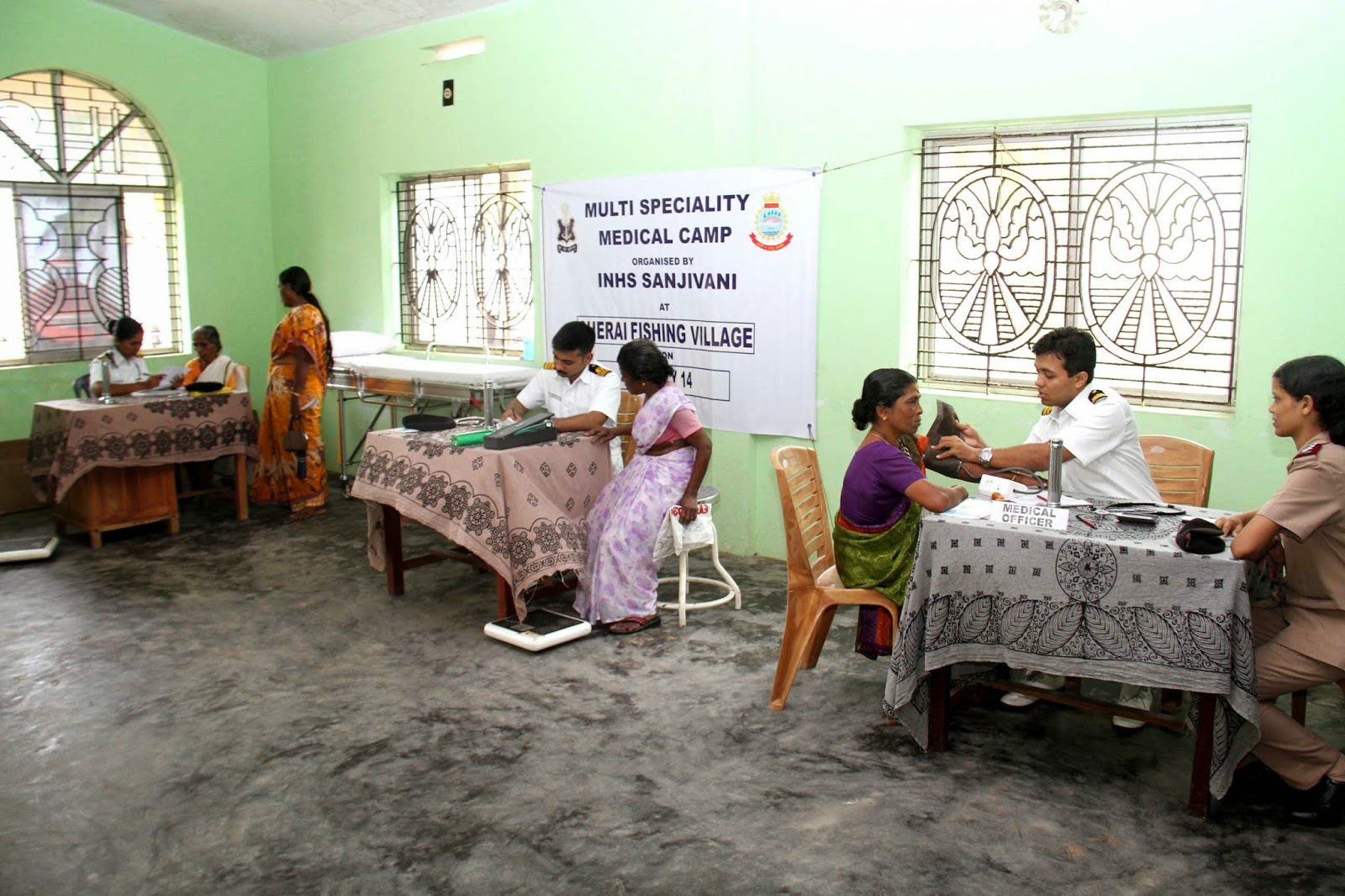 The Southern Naval Command conducted Coastal Security Awareness Campaign at  Njarakkal  today . The campaign is aimed at bringing in awareness about the threats from the sea and the actions to be taken by the coastal populace as well as the fisherman at sea, towards thwarting it. The campaign is a part of the Navy’s constant and continuous efforts towards involving the general public in the matters concerning security. The Navy will undertake more such campaigns on 21 Jul 14  at  Chellanam and Fort Kochi.The department of fisheries and Coastal Police also participate in the campaign.

Indian Navy also organised a medical camp for the benefit of the Coastal population at Parish Hall, Church of Velankanni, Palliport, Cherai Fisheries Village from 10 AM to 01 PM today. The medical team consisted of specialists in dermatology, ophthalmology, dental and general medicine. Medicines were issued free of cost and cases which needed further attention was referred to hospitals. The camp was well received by the local population.