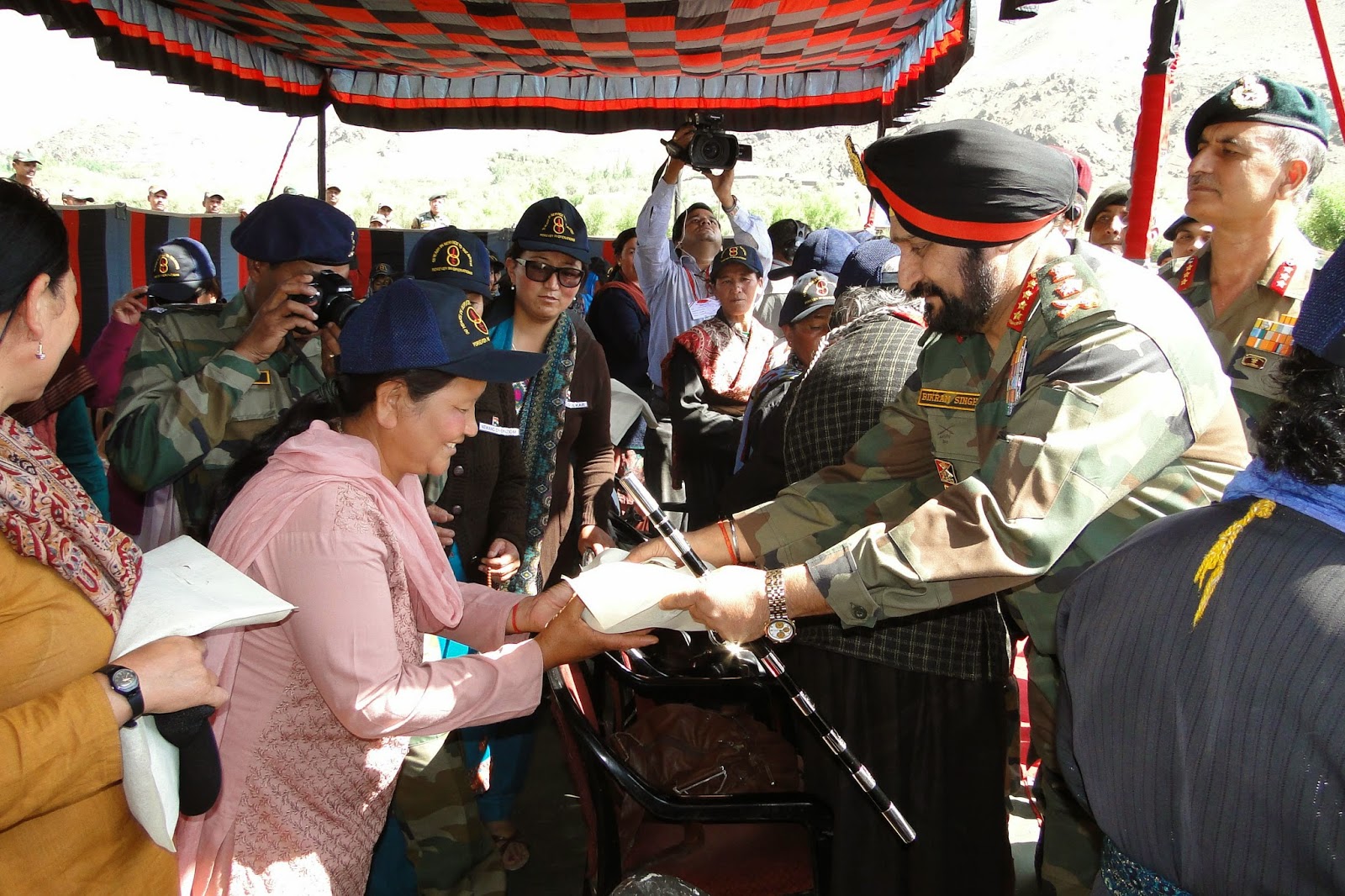 The visit started with a solemn wreath laying ceremony at the war memorial by the Chief, who also interacted with the ‘Next of Kin’ of those who sacrificed their lives, Veer Naris and the gallantry award winners.  In the sombre mood at the event, all present remembered the sacrifices made during Kargil War in 1999.

The event and venue is of a special significance to the COAS who has not only been the Corps Commander of the Srinagar Corps but was also the official spokesmen of the Army during the Kargil war. Addressing the media on the occasion, the Chief complimented them on their patriotic fervour and thanked them and the countrymen for participating in the Kargil Vijay Diwas Celebrations year after year. He stated that paying homage to the brave men who laid down their life for the nation’s cause was the most befitting way for him to mark the culmination of his career in the Army.  The Chief reassured all present that the Nation’s defence preparedness was much better today than it was fifteen years ago. He reiterated that the Indian Army was fully geared up for safeguarding the nation’s sovereignty and territorial integrity.