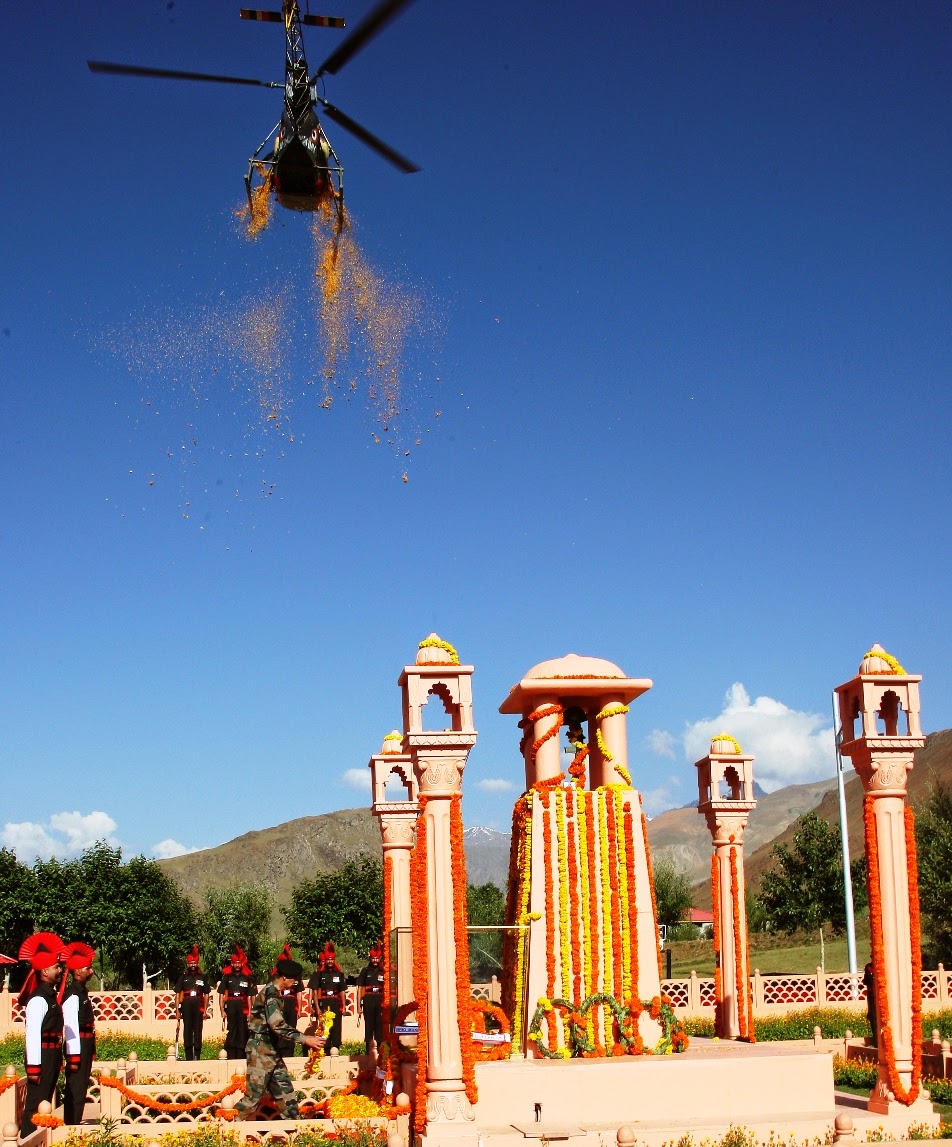 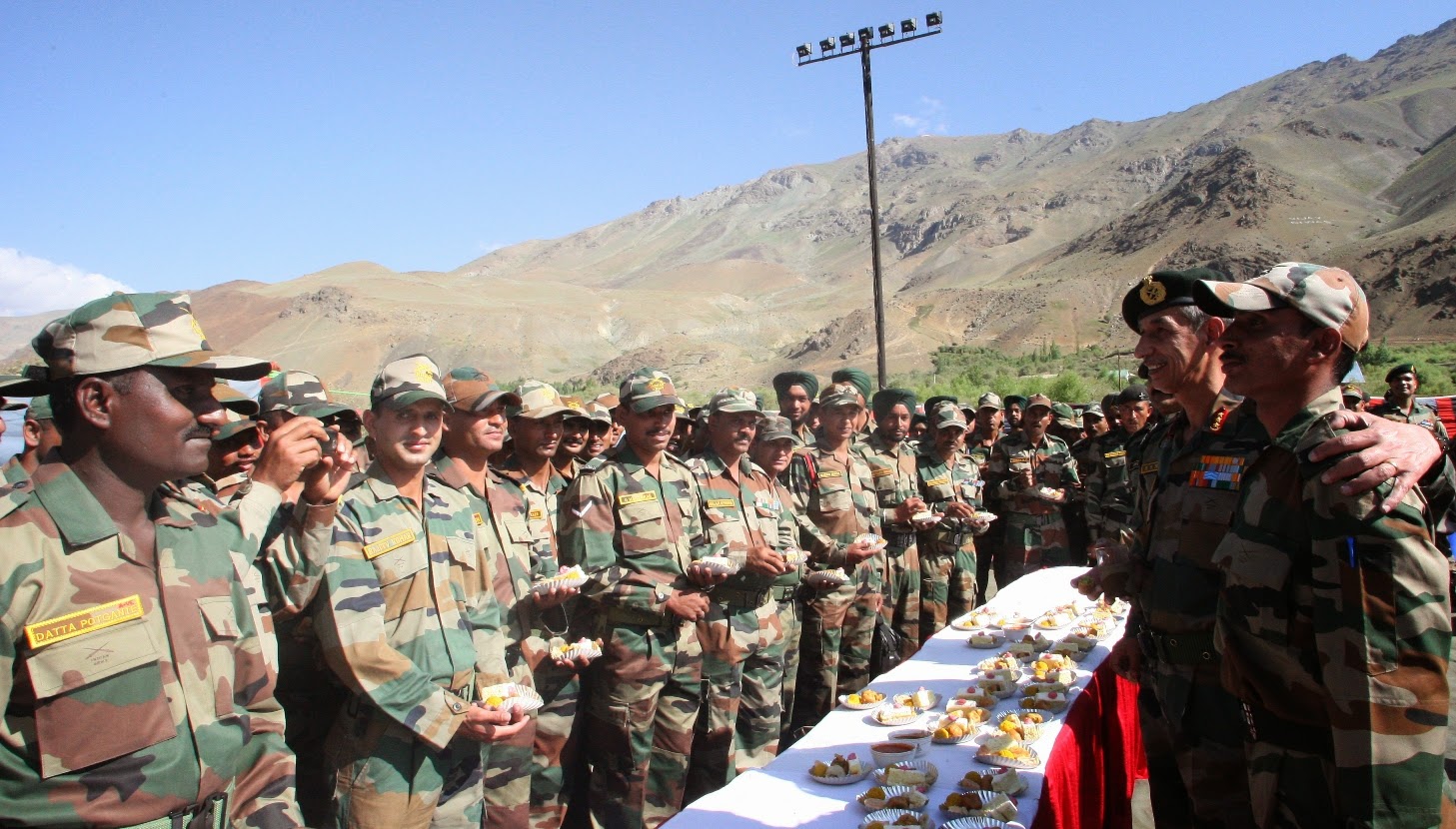 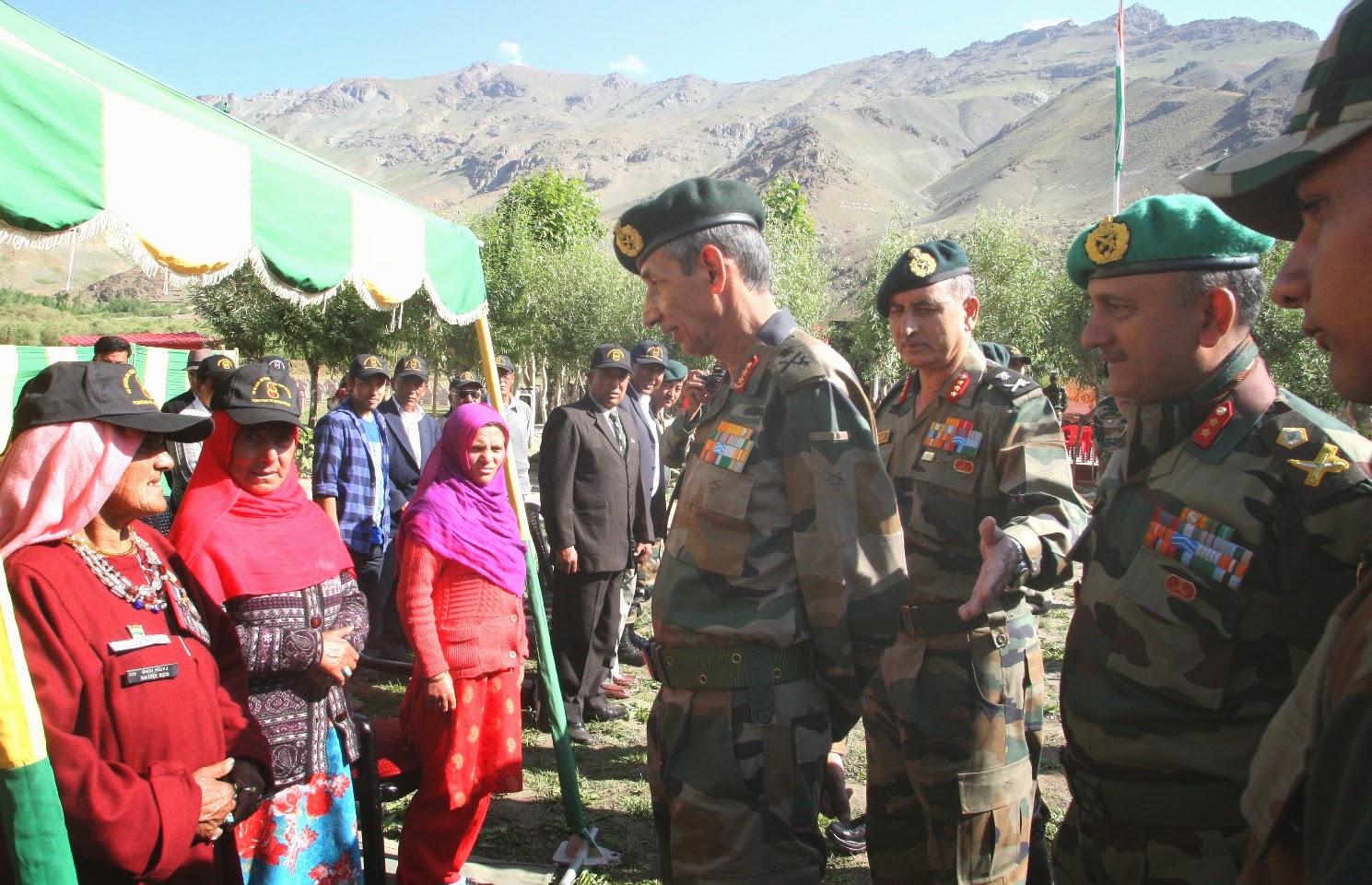 The ‘KARGIL VIJAY DIWAS’ was celebrated at Dras (J&K) today.  Earlier in the day, the proceedings opened with a solemn wreath laying ceremony at the Dras War Memorial led by Lt Gen D S Hooda, Army Commander Northern Command of the Indian Army. Gallantry award winners of the Kargil Conflict and next of kins of martyrs, Veer Naris, senior army officers and civil dignitaries also paid tributes to the martyrs. This was followed by a pledge taken by all present at the function to rededicate themselves to the cause of the Nation.
The sombre mood at the ceremony brought home memories of the losses borne so proudly by the martyrs’ families in the bloody summer of 1999. Many in the audience were moved to tears when the buglers played the poignant tune of “The Last Post” after the wreath laying.

The event was celebrated with full military decorum and solemnity. Lt Gen D S Hooda while talking informally to the media thanked them and the families of martyrs for their presence at Dras for the Event.