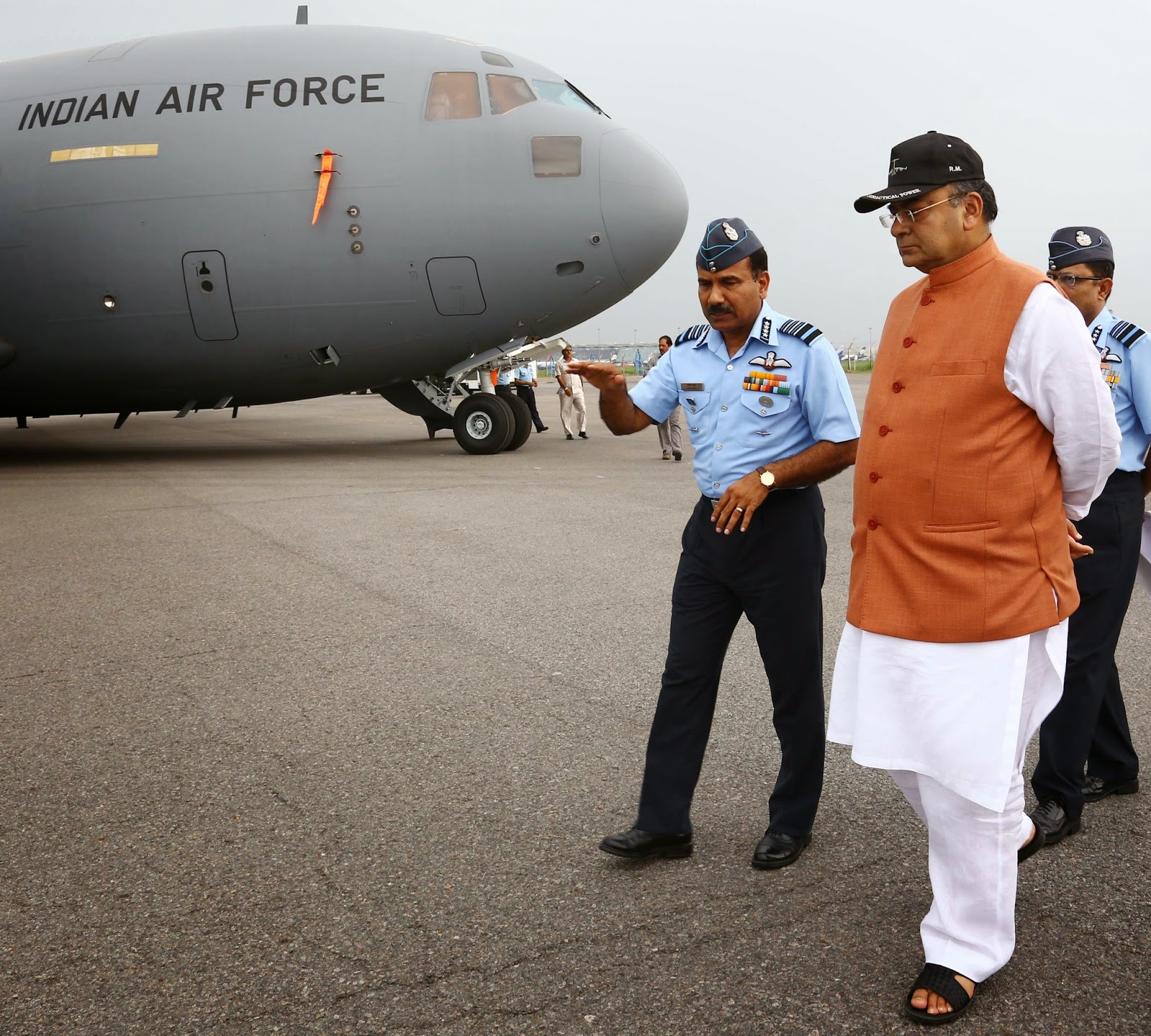 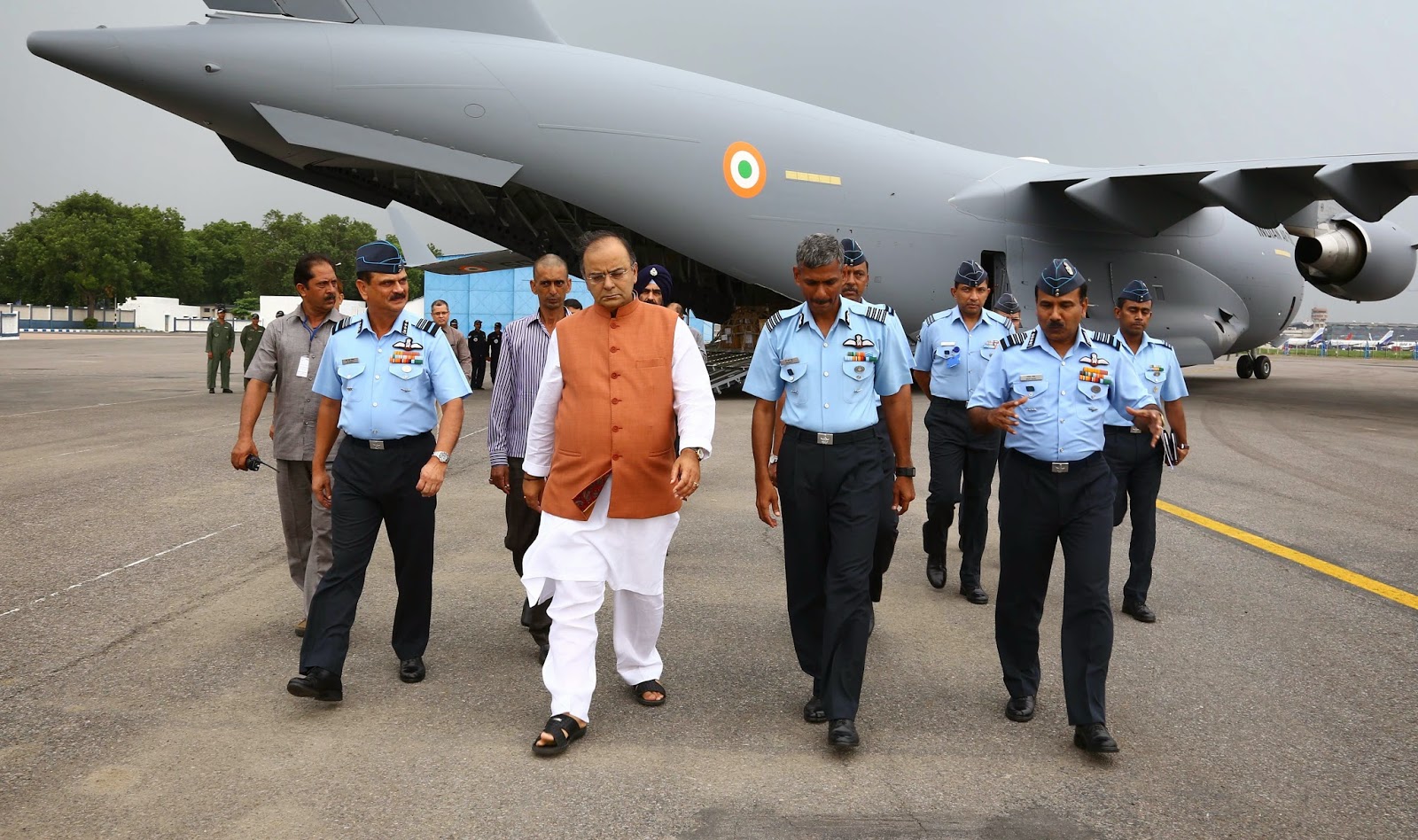 The IAF received its Sixth C-17 Globemaster III when it touched down at 1205 hrs at Palam Airbase today.  On its arrival, the Hon’ble Defence Minister Shri  Arun Jaitley visited the Airbase and familiarized himself with the aircraft. The Chief of the Air Staff,  Air Chief Marshal Arup Raha conducted the Hon’ble minister through the aircraft and briefed him on  the Strategic Capability and Role of the aircraft.The Hon’ble minister  was  also given a detailed brief  by the Commanding Officer Group Captain  BS Reddy.

The government accorded approval to buy 10 C-17 Globemaster III along with associated equipment for the IAF in June 2011.  The first of the 10 aircraft touched down in India on 18th June 2013 and the delivery of all 10 is expected to be completed by December 2014.  This aircraft will enhance the operational potential of the IAF with its payload carriage and performance (about 75 Tones) and would augment the strategic reach (about 4500 Kms) of the nation during Operations, Disaster Relief or any similar mission.

correct the heading as 6th please.