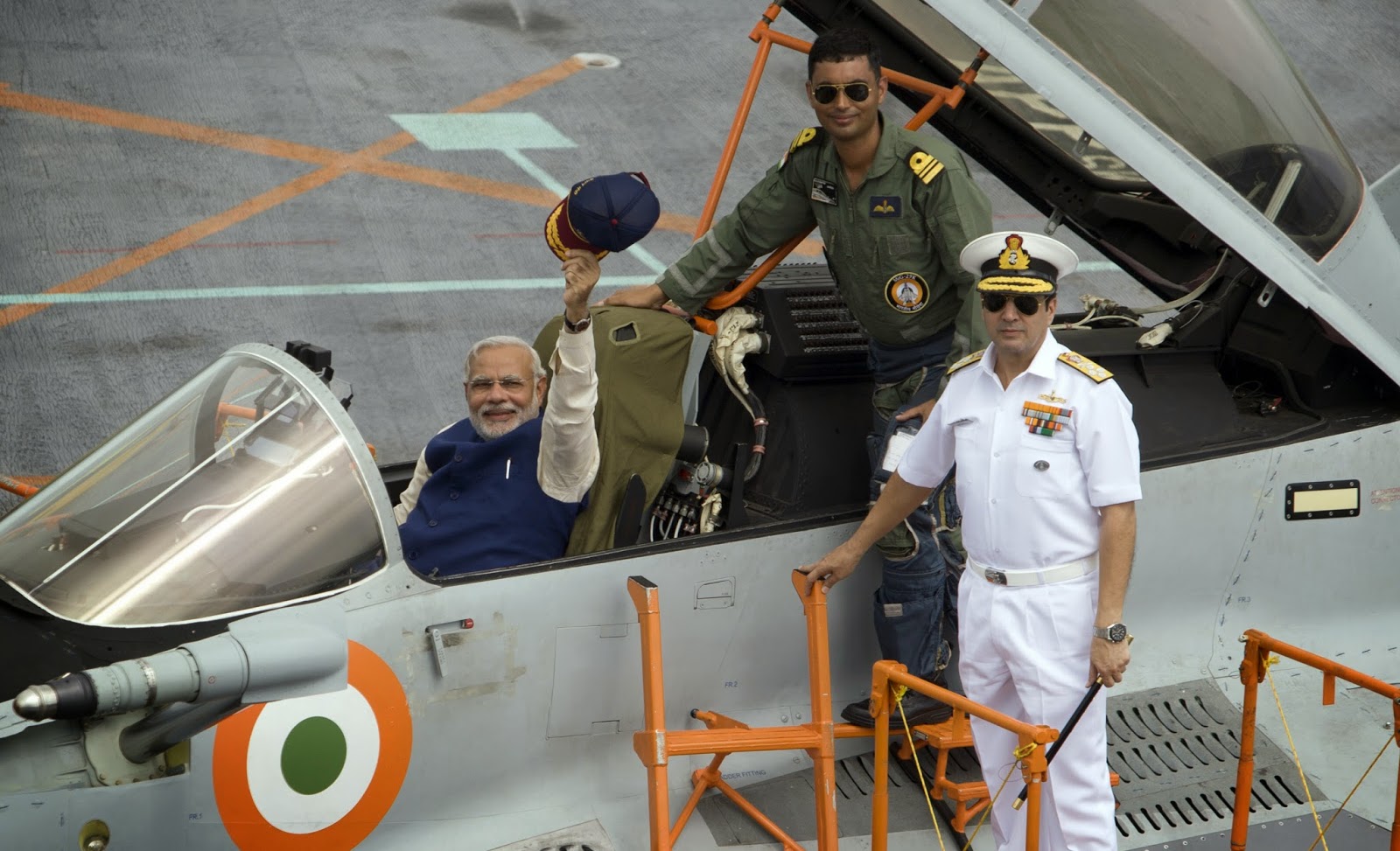 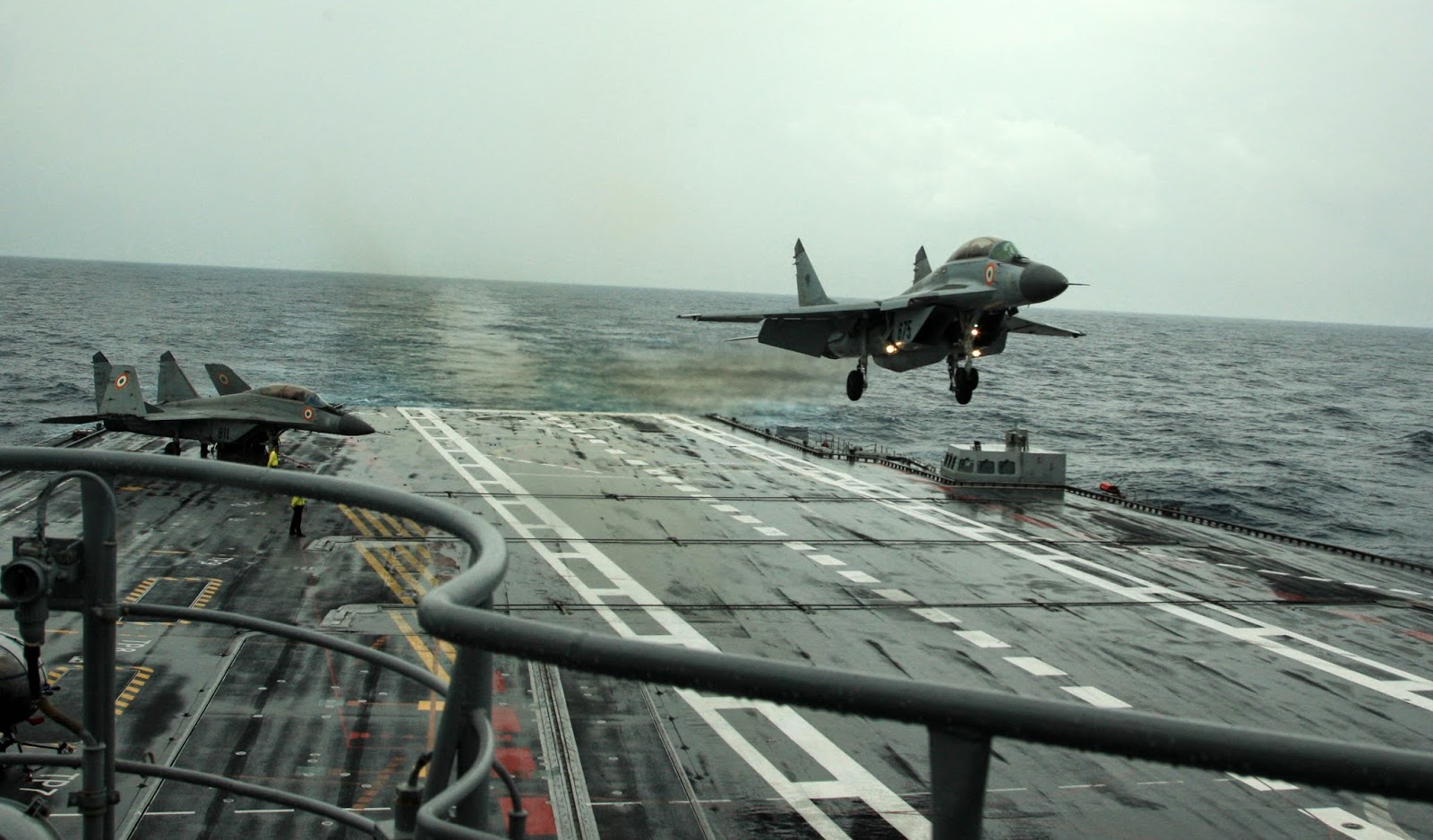 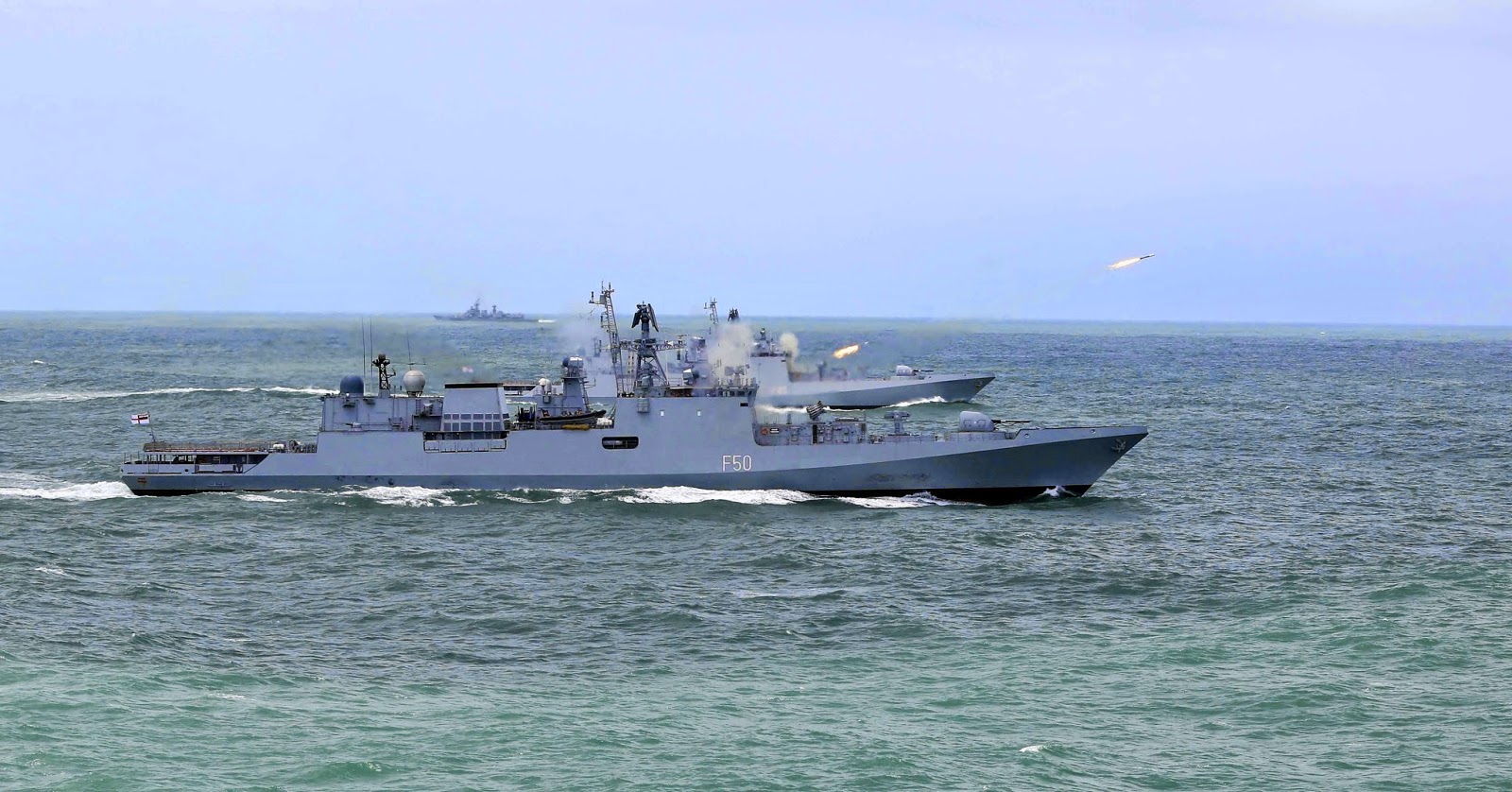 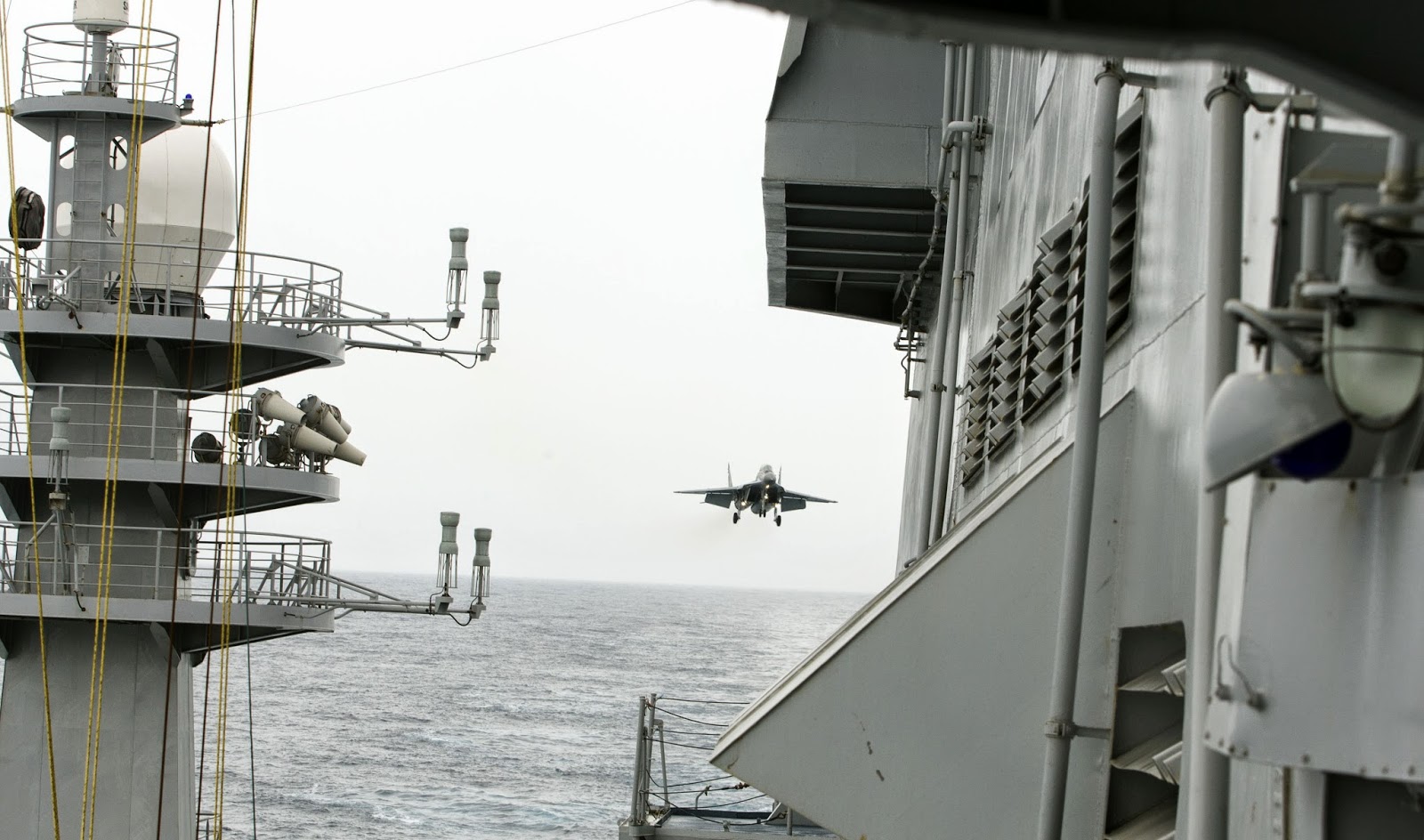 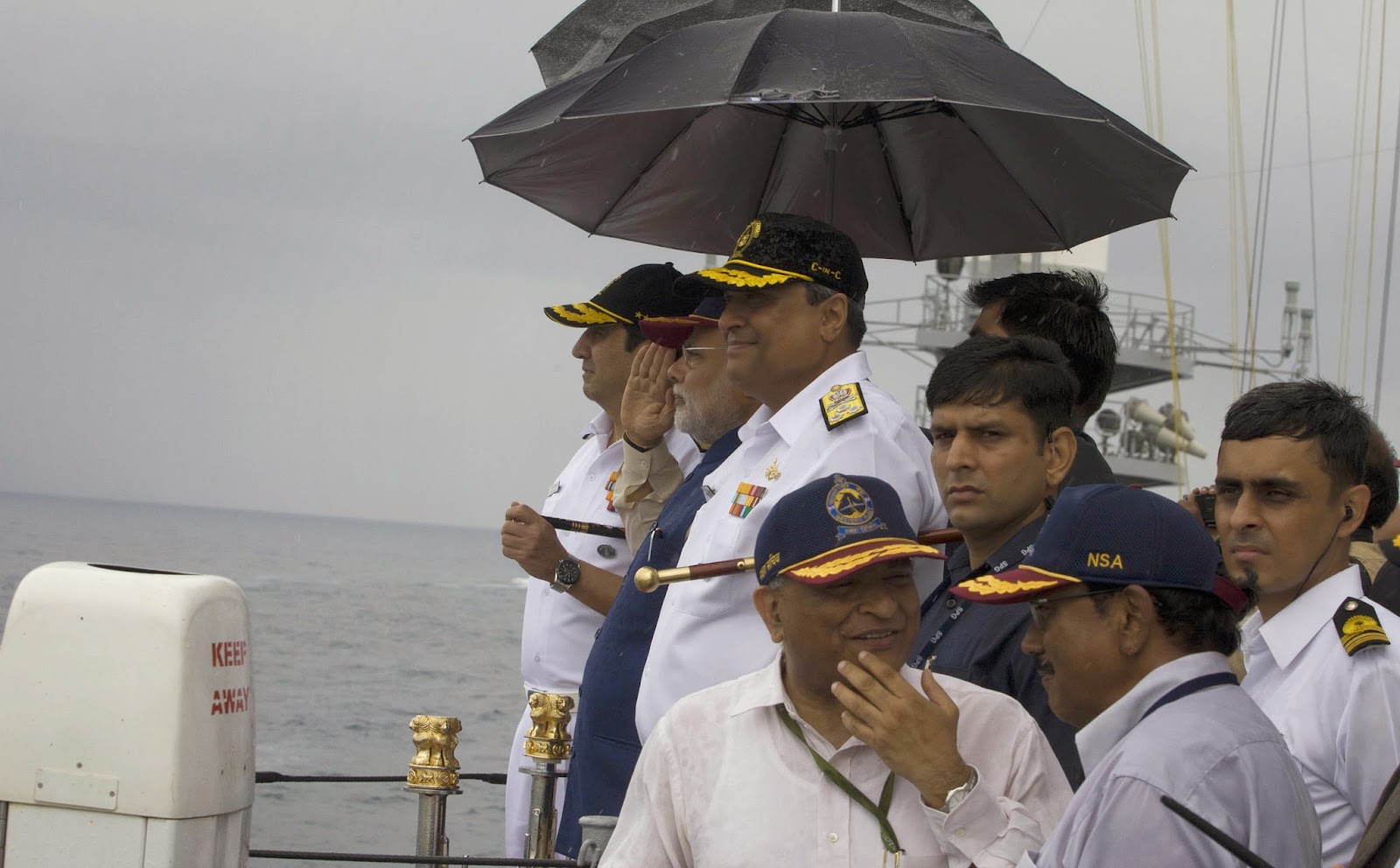 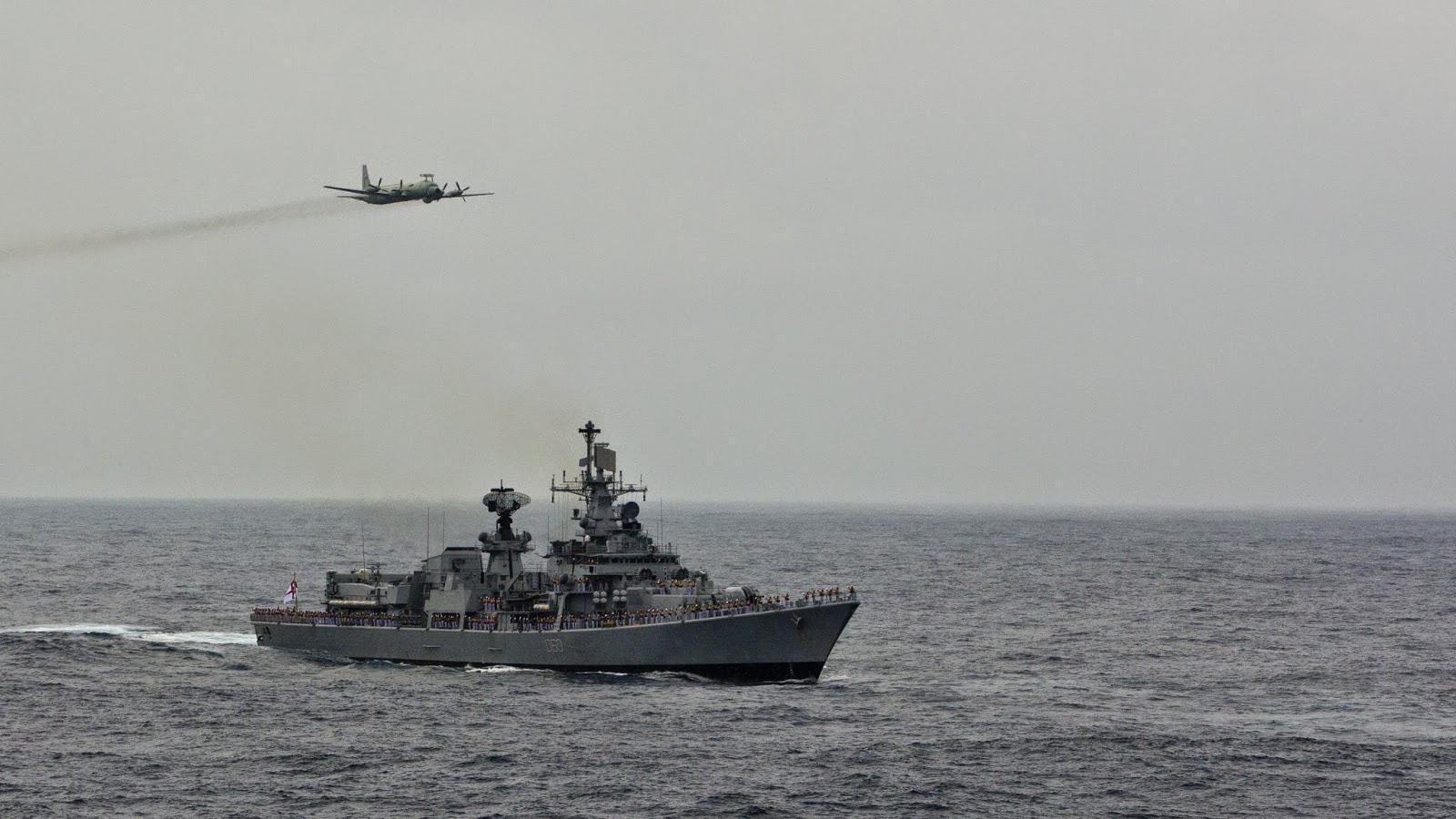 Shri Modi also interacted withofficers and sailors onboard and congratulated them on their hard work anddedication in fully operationalising the INS Vikramaditya in such a short period.  In his address to the personnel of the fleet,the Prime Minister stated that INS Vikramaditya will significantly enhance the‘Blue Water’ capability of the Indian Navy.
TheWestern Fleet, also known as the Sword Arm of the Indian Navy consists of manyfrontline warships including the Aircraft Carriers, INS Vikramaditya and INSViraat.  Commissioned on 16 Nov 2013 atSeverodovinsk, Russia, the 44,500 tons displacement INS Vikramaditya marks thecoming of age for the navy and its commitment to safeguard the maritimeinterests of the country.
Withan overall length of 284 meters and a width of 60 meters measuring over threefootball fields, this floating airfield is equipped to carry a maximum of 34aircraft such as MIG 29 K fighters and Kamov 31 helicopters.  The ship is now fully operational with Indianpilots taking off and landing the MIG 29K naval combat aircraft.  Manned by a highly professional and competentcrew of 110 officers and 1500 sailors, the ship can propel at speeds over 30knots on the strength of her eight boilers producing a combined thrust of1,80,000 Shaft Horse power.
Forthe first time, the Naval communication satellite, Rukmini, was used totelecast live the events on board INS Vikramaditya. It was significant that thelive telecast took place from a moving platform.