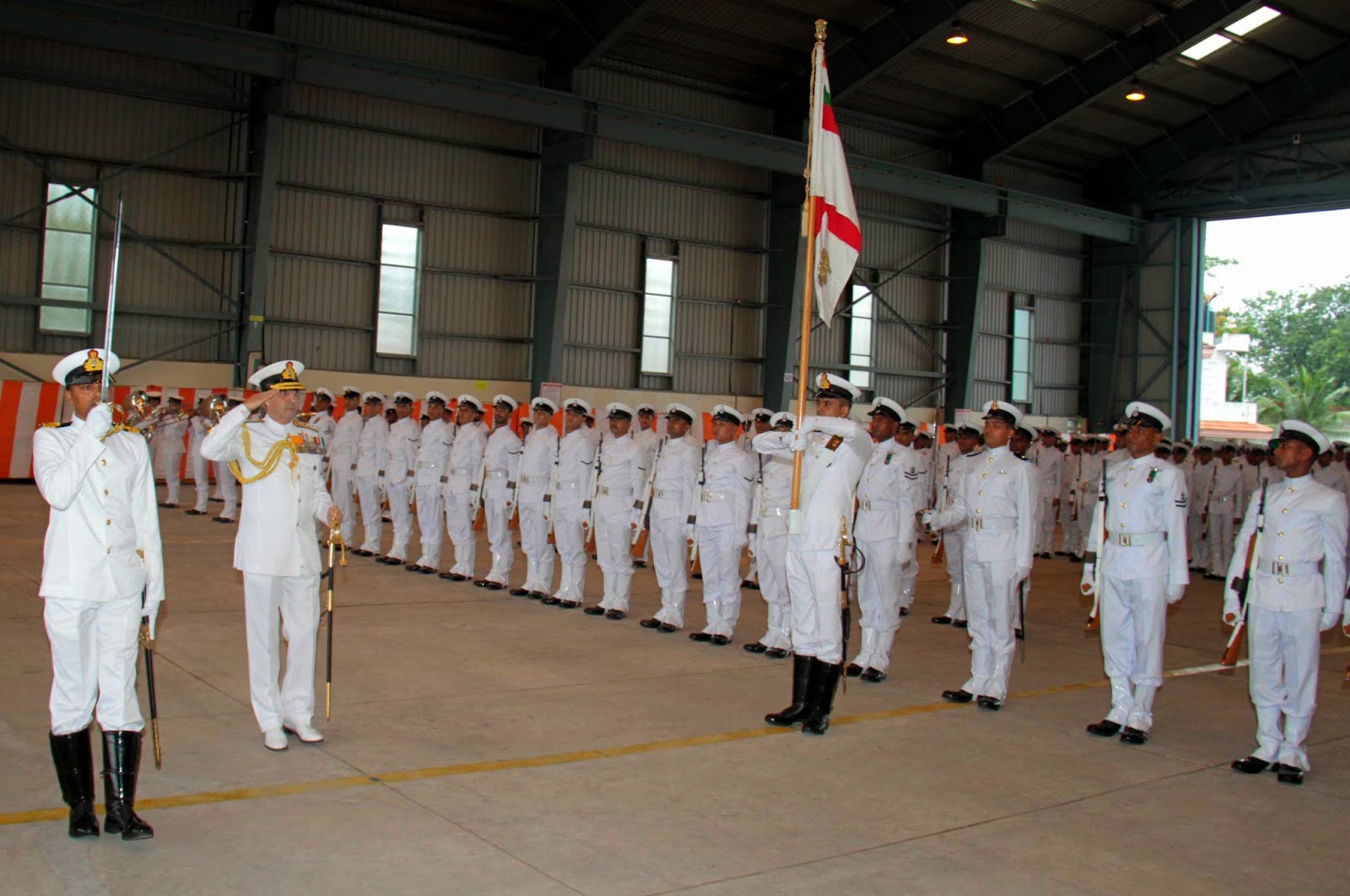 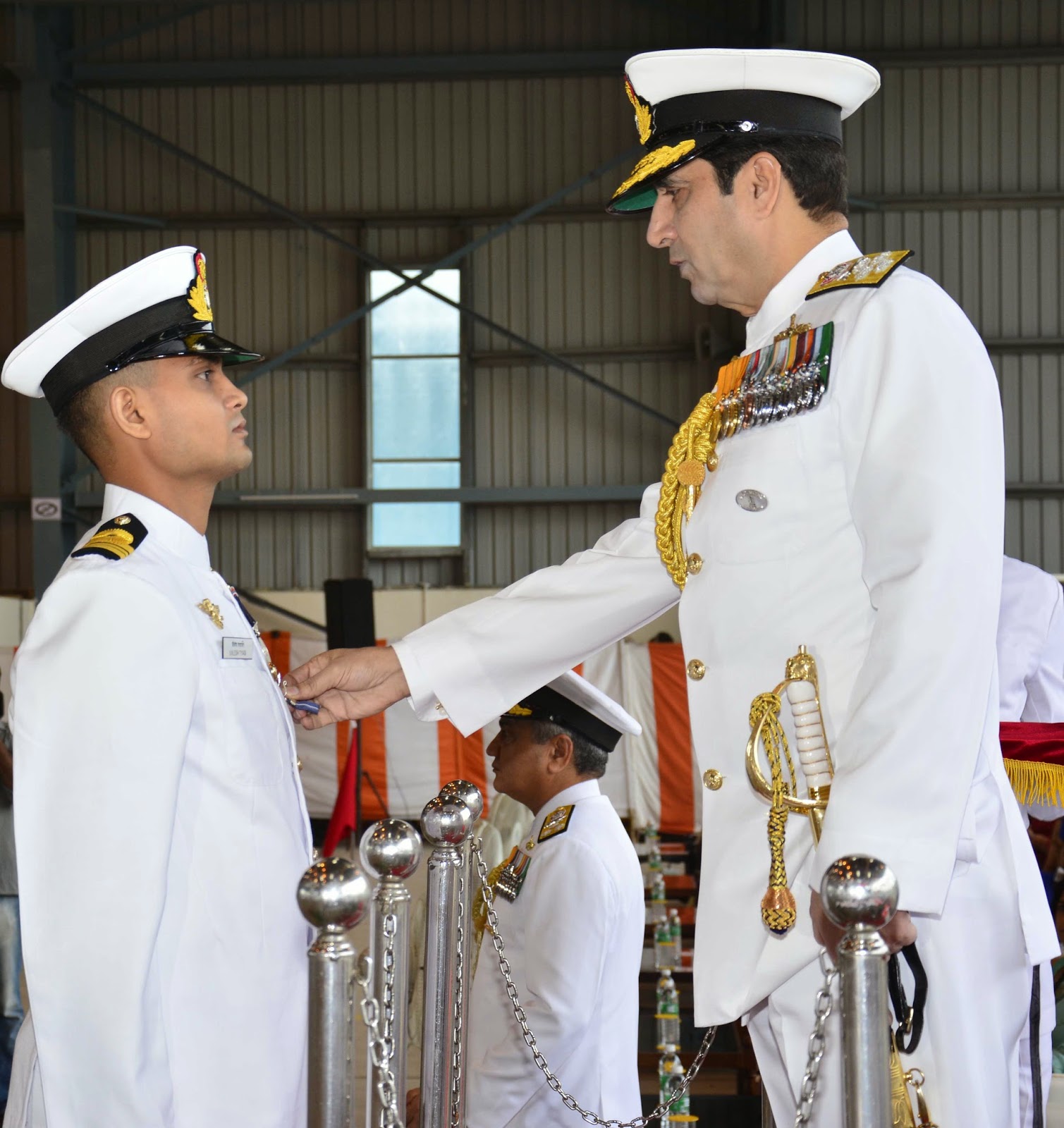 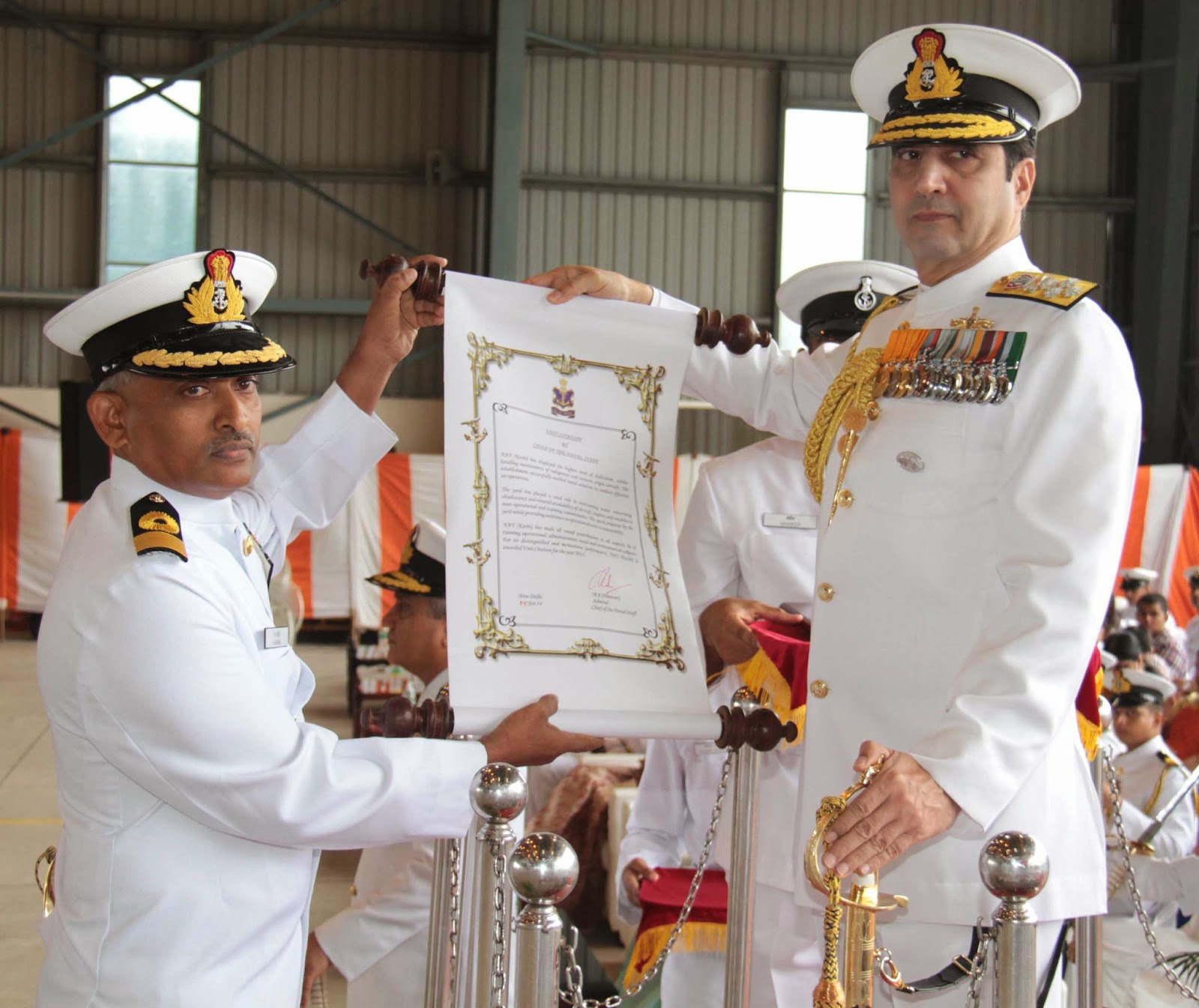 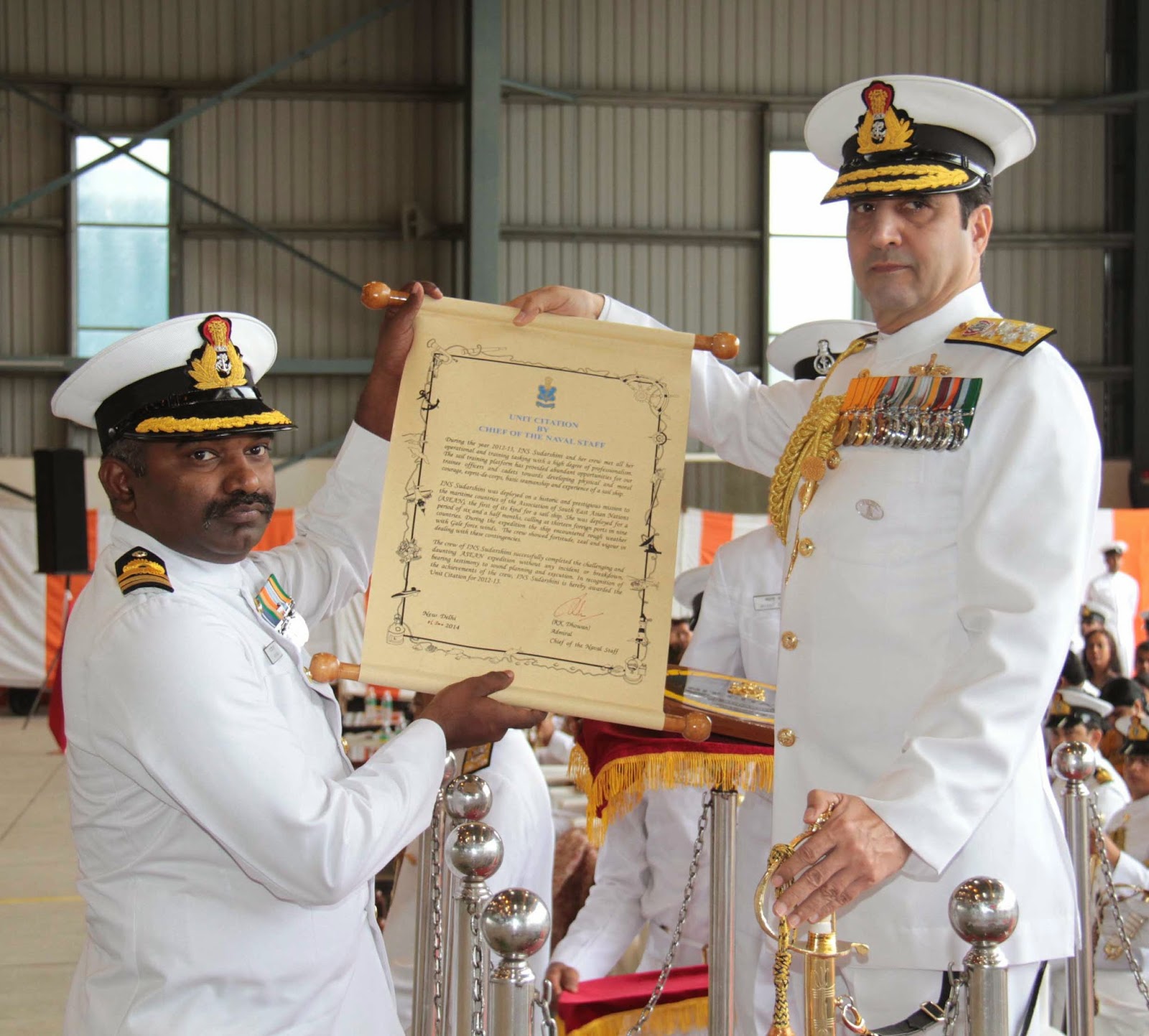 The awards which were presented at this Ceremony included Three Nao Sena Medals for Gallantry, Eight Nao Sena Medals for Devotion to Duty and Sixteen Vishisht Seva Medals for distinguished service. Captain Ravi Dhir Memorial Gold Medal was awarded to one officer for enhancement of flight safety.
Lieutenant Commander Shailesh Tyagi, NM was awarded Bar to Nao Sena Medal (Gallantry) for the act of an extraordinary courage and undeterred attitude in a joint operation against militants in Jammu and Kahmir at Cherhar village. Whilst carrying out surveillance mission he and his team came under heavy fire and were injured. Even though injured, the Officer led his team and managed to ensure the safety of his injured team members and eliminated the hard-core militant.

The Nao Sena Medal for Gallantry was awarded to Commander KM Arun Kumar for displaying bravery during the rescue operations of crew of MV Asian Express. The Officer displayed exceptional courage, leadership and professional competence in rescuing twenty-two crew members in adverse sea and weather conditions from the sinking ship.

The Admiral congratulated all the awardees and complimented the families and team members for providing support. The role of team work in accomplishing the goals was highlighted. The Naval Investiture Ceremony was also attended by the Flag Officers, Commanding Officers of the ships and establishments, families of the award winners and Defence civilian personnel and families.