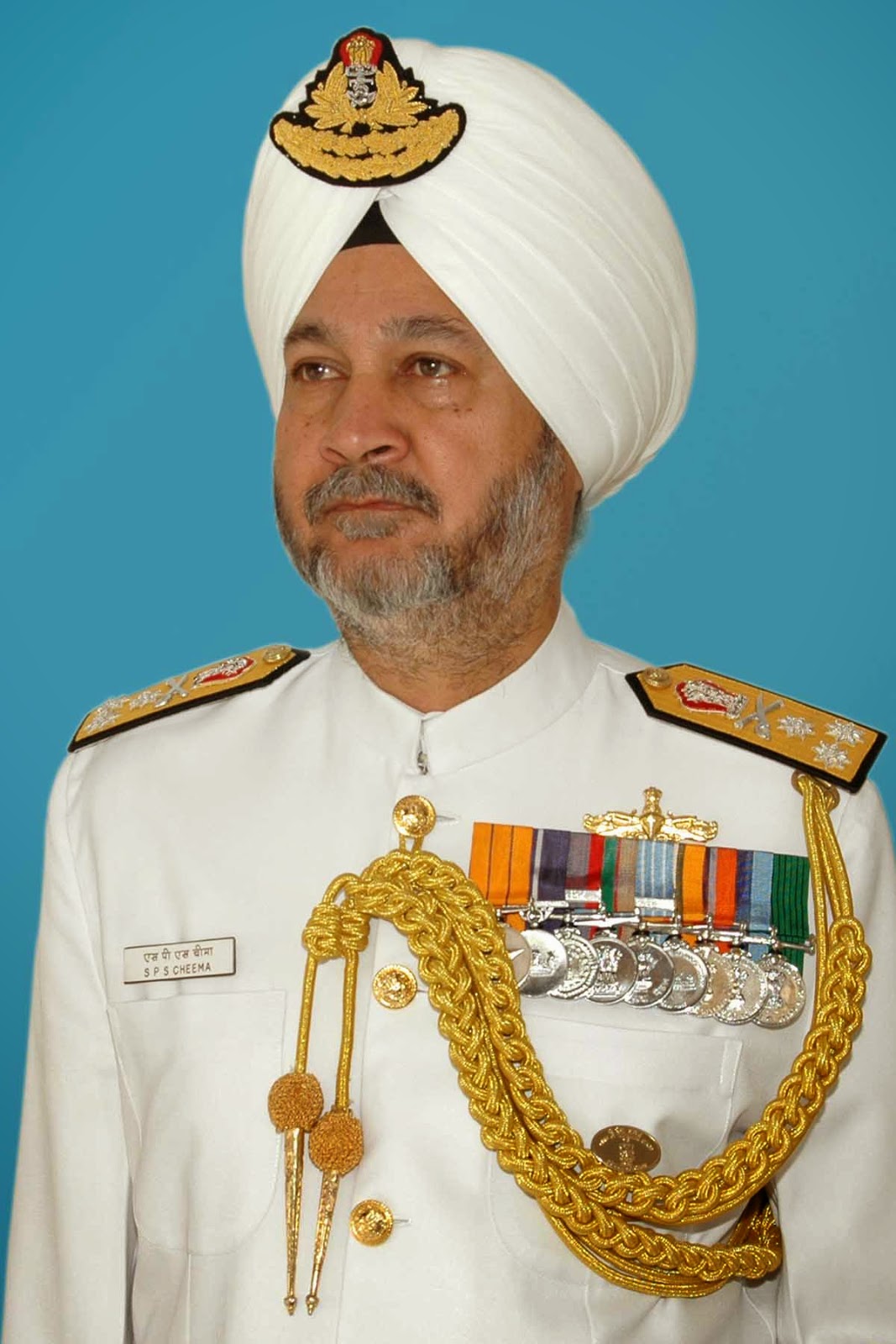 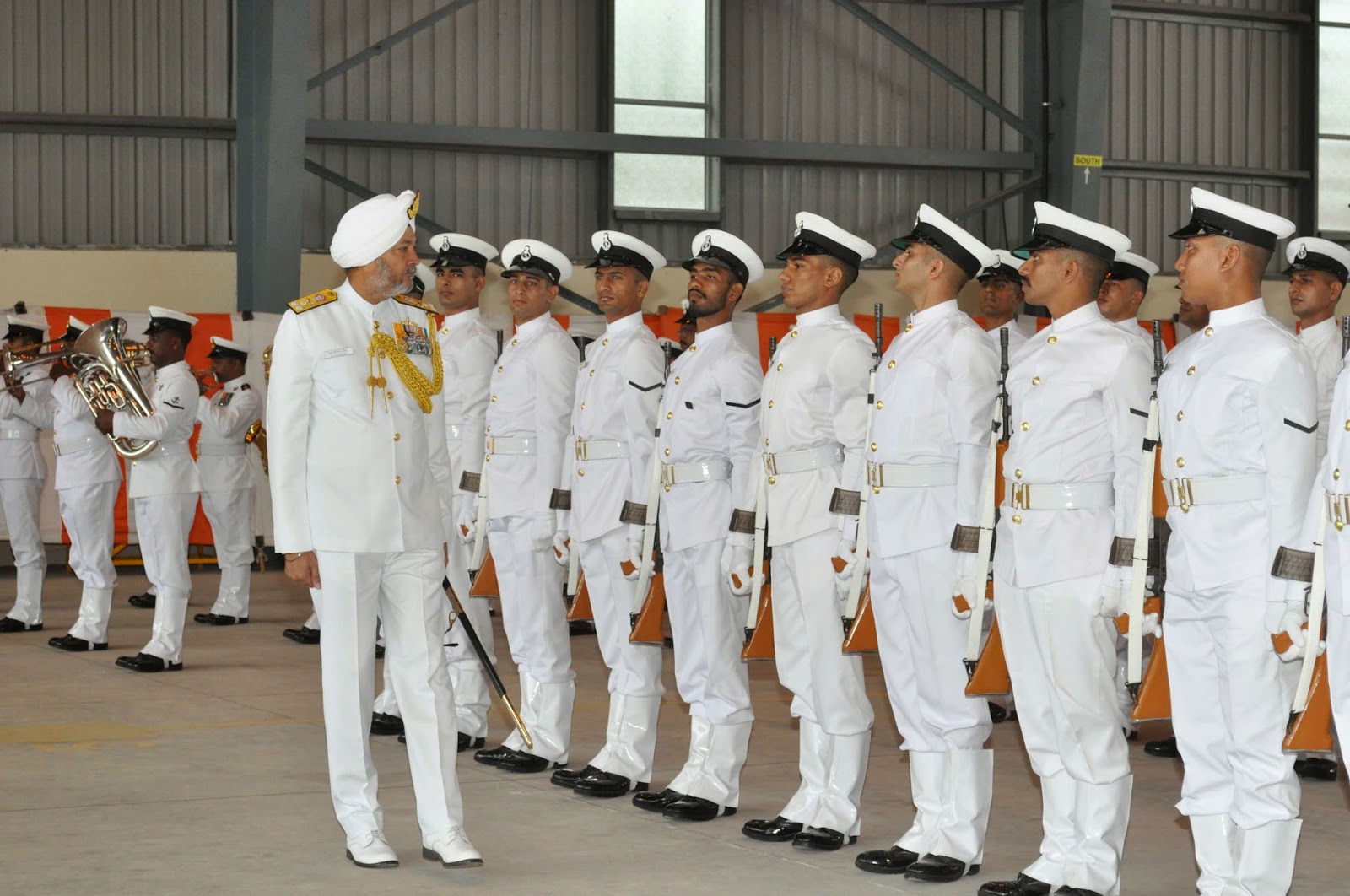 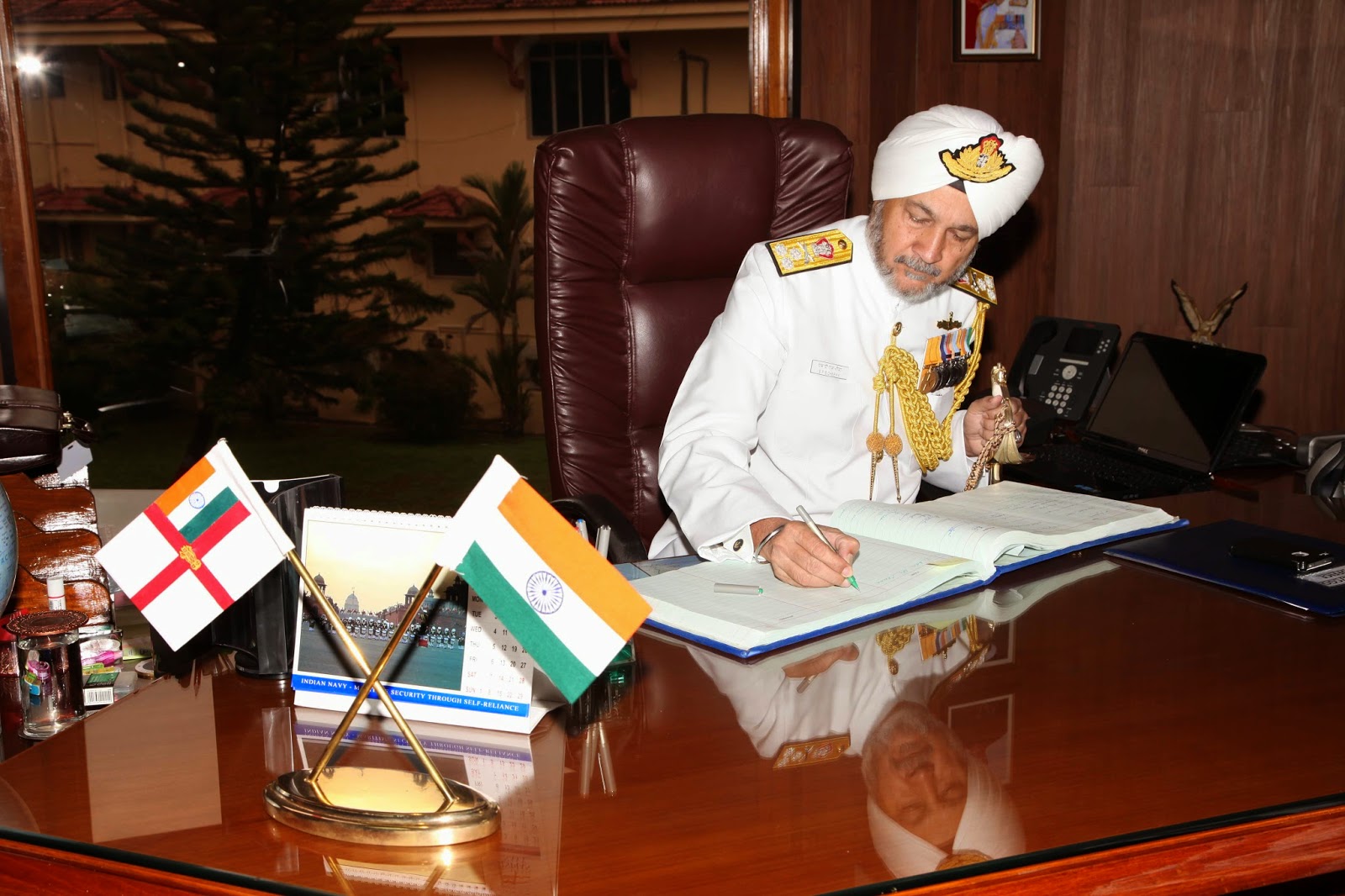 Vice Admiral Surinder Pal SinghCheema PVSM, AVSM, NM assumed command of Southern Naval Command as itsCommander in-Chief at an impressive ceremonial parade held at INS Garuda today.The Flag Officer prior to assuming the command laid wreath at the War Memorial tooffer remembrances to thousands of martyrs who had fought for the country.

TheAdmiral was commissioned into the Indian Navy on 01 Jan 1977.  He is a graduate of the National DefenceAcademy (NDA), Khadakwasala, The Defence Services Staff College (DSSC),Wellington and the College of Naval Warfare (CNW), Mumbai. A specialist in Missile and Gunnery, he spentmajority of his time on afloat and operational appointments. He has had thedistinction of being the Commanding Officer of five frontline ships, namely, themissile boat INS Nishank, Mauritian Coast Guard OPV Vigilant, the missilecorvette INS Khanjar, the stealth frigate INS Trishul and the prestigious Aircraftcarrier INS Viraat.

Hisappointments ashore include the Commandant of the Naval Academy and CommandingOfficer INS Mandovi. He also has the unique distinction of winning both the Lentaigne(Best Dissertation) and Scudder Medals (First in overall order of merit) whileundergoing course at DSSC.

On promotion to the Flag rank in May2006, he was appointed ACNS, Information Warfare and Operations (IW & Ops)at IHQ, MoD (Navy).  His other flag appointmentsinclude the Chief of Staff, Western Naval Command, Flag Officer CommandingWestern Fleet, Controller Personnel Services, IHQ MoD (Navy), DCIDS PerspectivePlanning and Force Development (PP&FD) and DCIDS (DOT).  His appointment as the Flag OfficerCommanding in Chief, Southern Naval Command is a unique distinction being histhird Command as a Commander-in-Chief since being promoted to C-in-C grade on31 Aug 12. Prior to this he has been the Chief of Integrated Defence Staff(CISC) to the Chairman, Chiefs of Staff Committee as also the Commander-in-Chiefof the Strategic Forces Command - a Tri-Services Command responsible for allnuclear forces of the country.

The Officer has excelled anddistinguished himself in several operational appointments at sea earning‘Mention in Despatches’ for duty in the face of enemy during operations in SriLanka. He was also awarded the Nau Sena Medal (Gallantry) when in Command ofINS Nishank; AVSM when in Command of INS Viraat and PVSM as the C-in-C, StrategicForces Command.  He is a keen sportsmanand plays Squash and Golf.