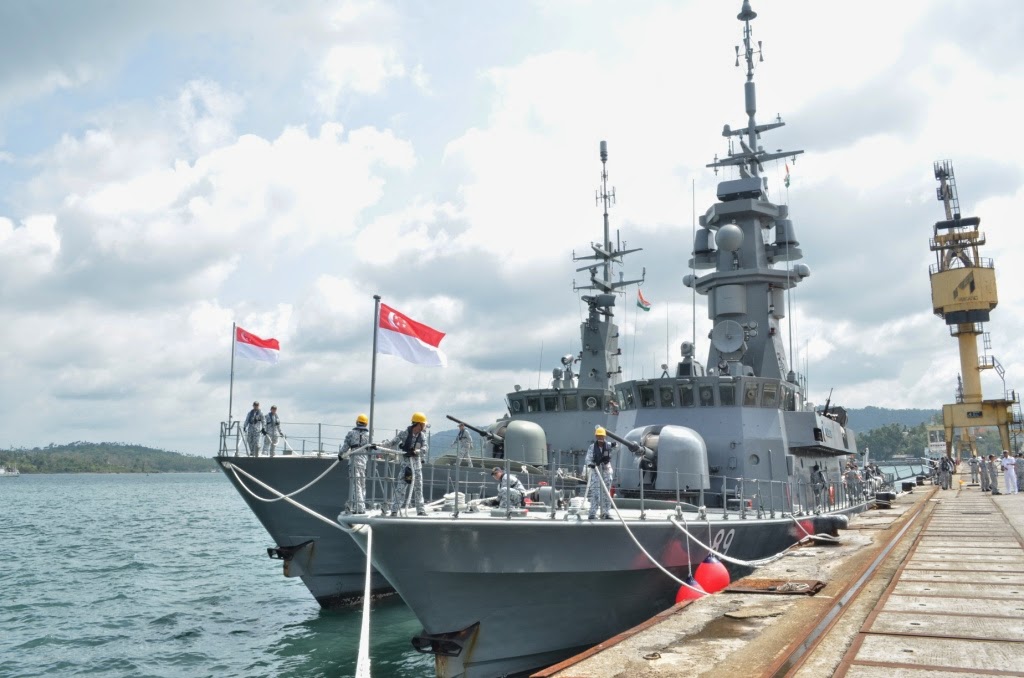 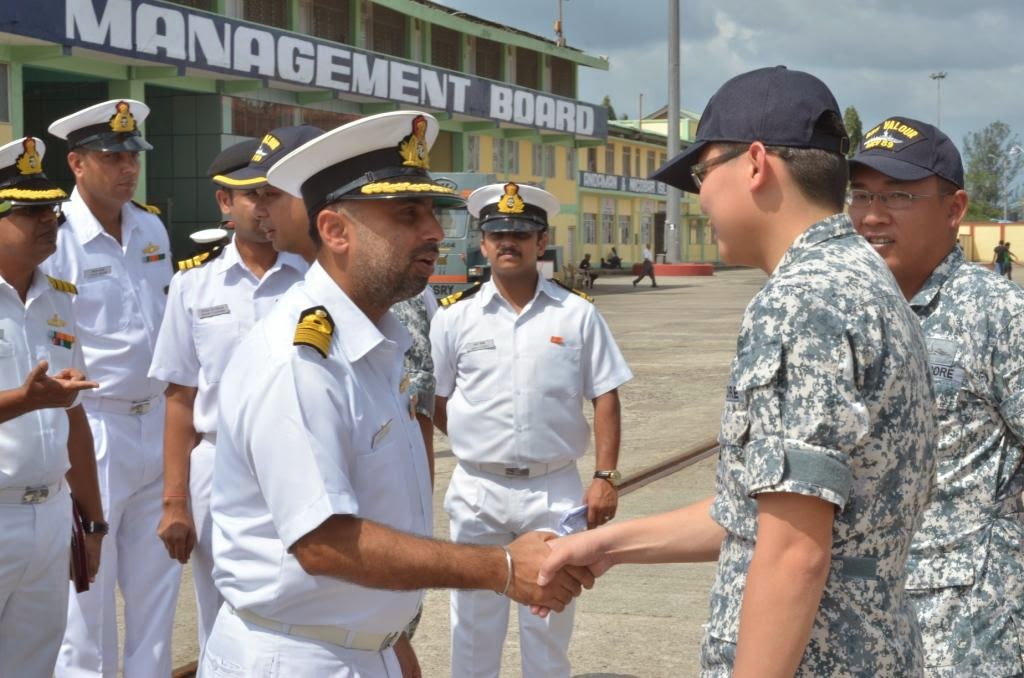 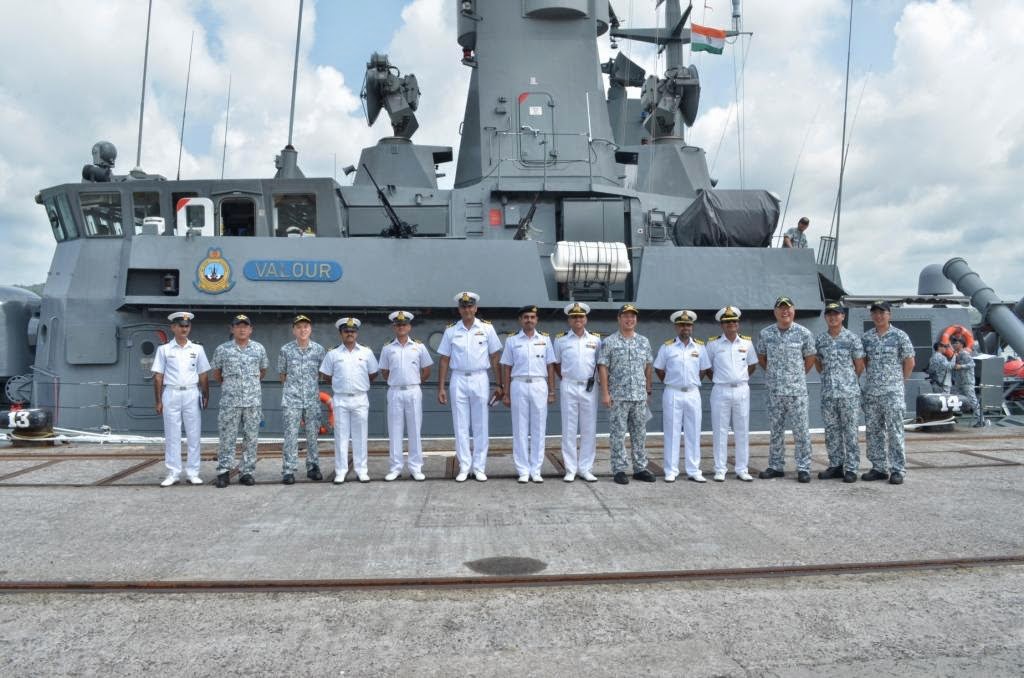 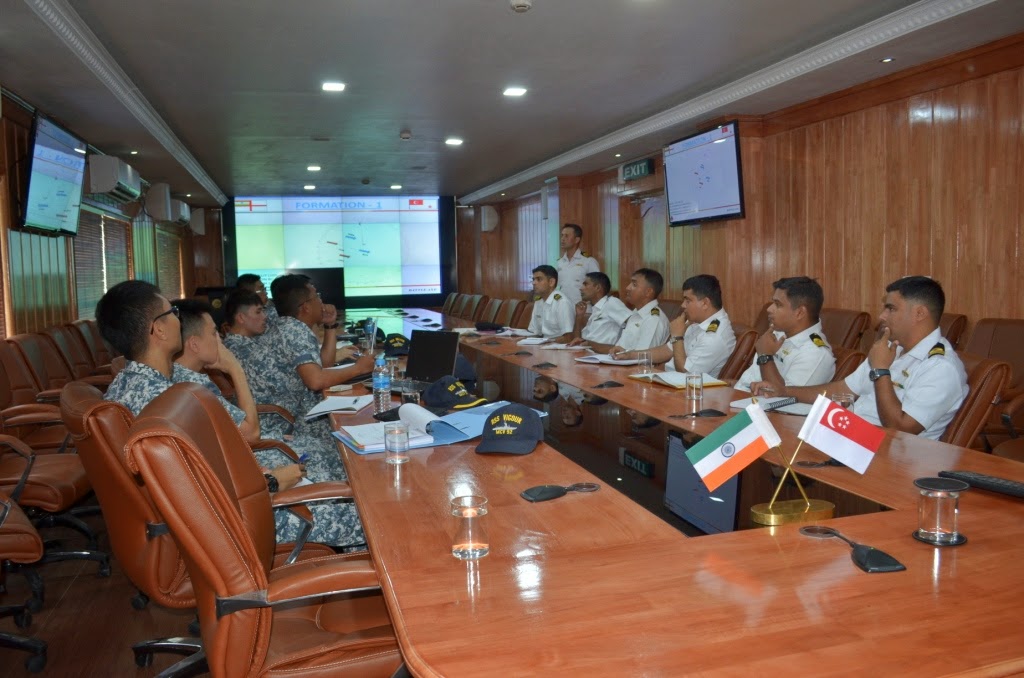 The 2014 edition of the ‘SIMBEX 14’ series of annual bilateral naval exercises between the Indian Navy (IN) and the Republic of Singapore Navy (RSN), is being conducted in the Andaman Sea from 22 May to 28 May 14. Hosted by IN, SIMBEX 14 will be the 21st in the series, designed to enhance inter-operability and mutual understanding between the two navies.
Bilateral Naval cooperation between the two navies was first formalised when RSN ships began training in Anti-Submarine Warfare (ASW) with the Indian Navy in 1994. SIMBEX is an acronym for ‘Singapore Indian Maritime Bilateral Exercise’. Since its inception in 1993, SIMBEX has grown in tactical and operational complexity. It has transcended the traditional emphasis on Anti-Submarine Warfare (ASW) to more complex maritime exercises, involving various facets of naval operations like Air Defence, Air and Surface practice firing, Maritime Security and Search and Rescue Operations. Both navies derive considerable value form the conduct of SIMBEX. Inter-operability between the two navies has matured to a point where Standard Operating Procedures for the conduct of exercise have been formalised.
This year, the Indian Navy is being represented by IN ships Kuthar and Karmuk from the Eastern Naval Command. In addition, a Maritime Patrol Aircraft and a Helicopter each from Andaman and Nicobar Command is also participating in the exercise. The Singapore Navy is represented by the missile corvette, “Valour’ and the patrol vessel, ‘Independence’. The RSN ships are making a port call at Port Blair form 22 to 23 May 14 for harbour phase of the exercise. The ships will sail for the sea phase on 24 May 14 and will be visiting Port Blair again from 26 to 28 May 14 for debrief and closing ceremony of the exercise.
IN and RSN share a long standing relationship with regular professional interactions. This includes exchange programmes, staff talks and cross-attendance at courses. SIMBEX is an important outcome of this comprehensive process of bilateral engagement and it is through these interactions that the two navies continue to reinforce the strong maritime bridges of friendship that connect our respective nations.

Guys being Naval officers, you must have noticed the flag and corrected it. Sad.