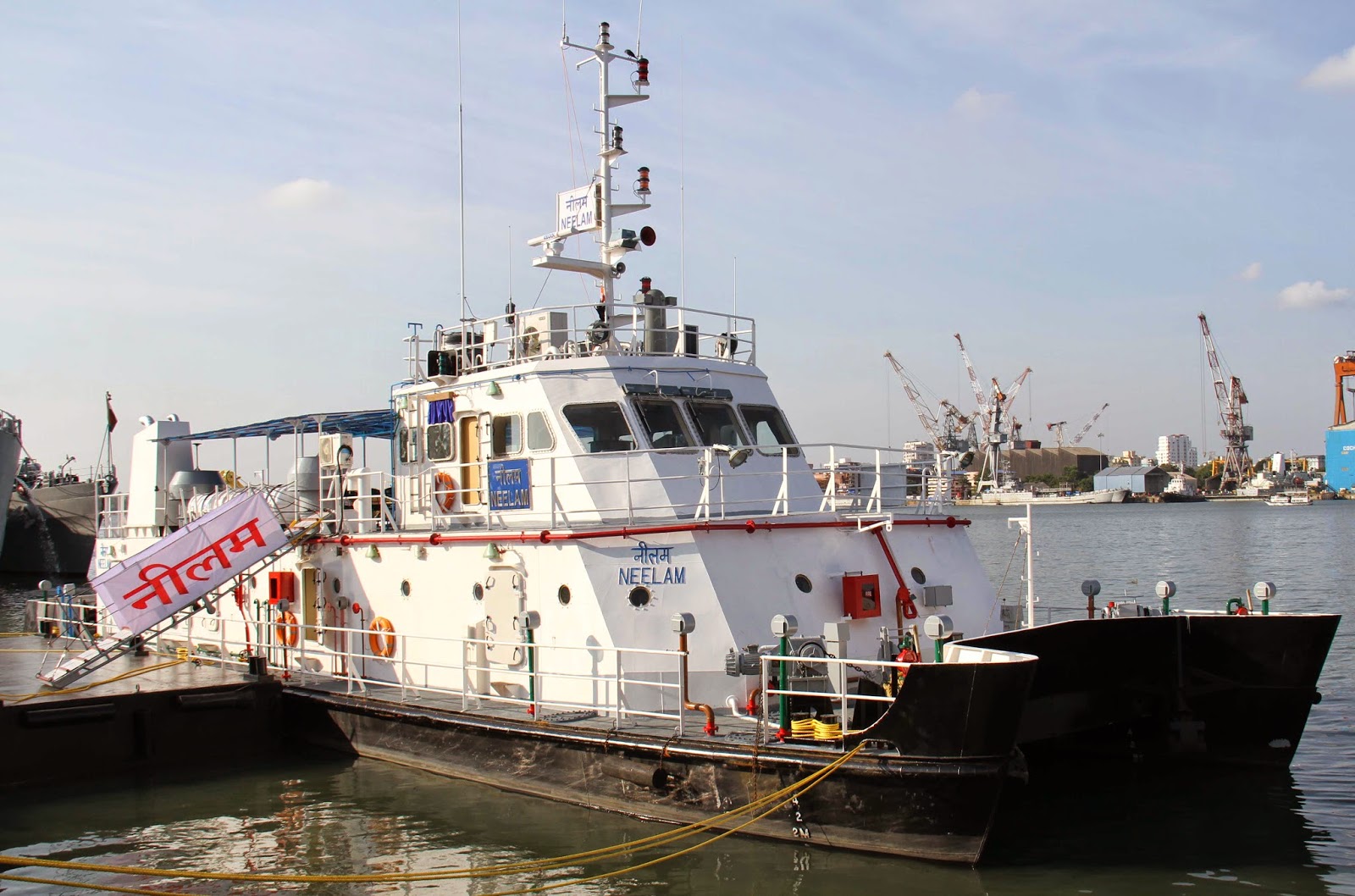 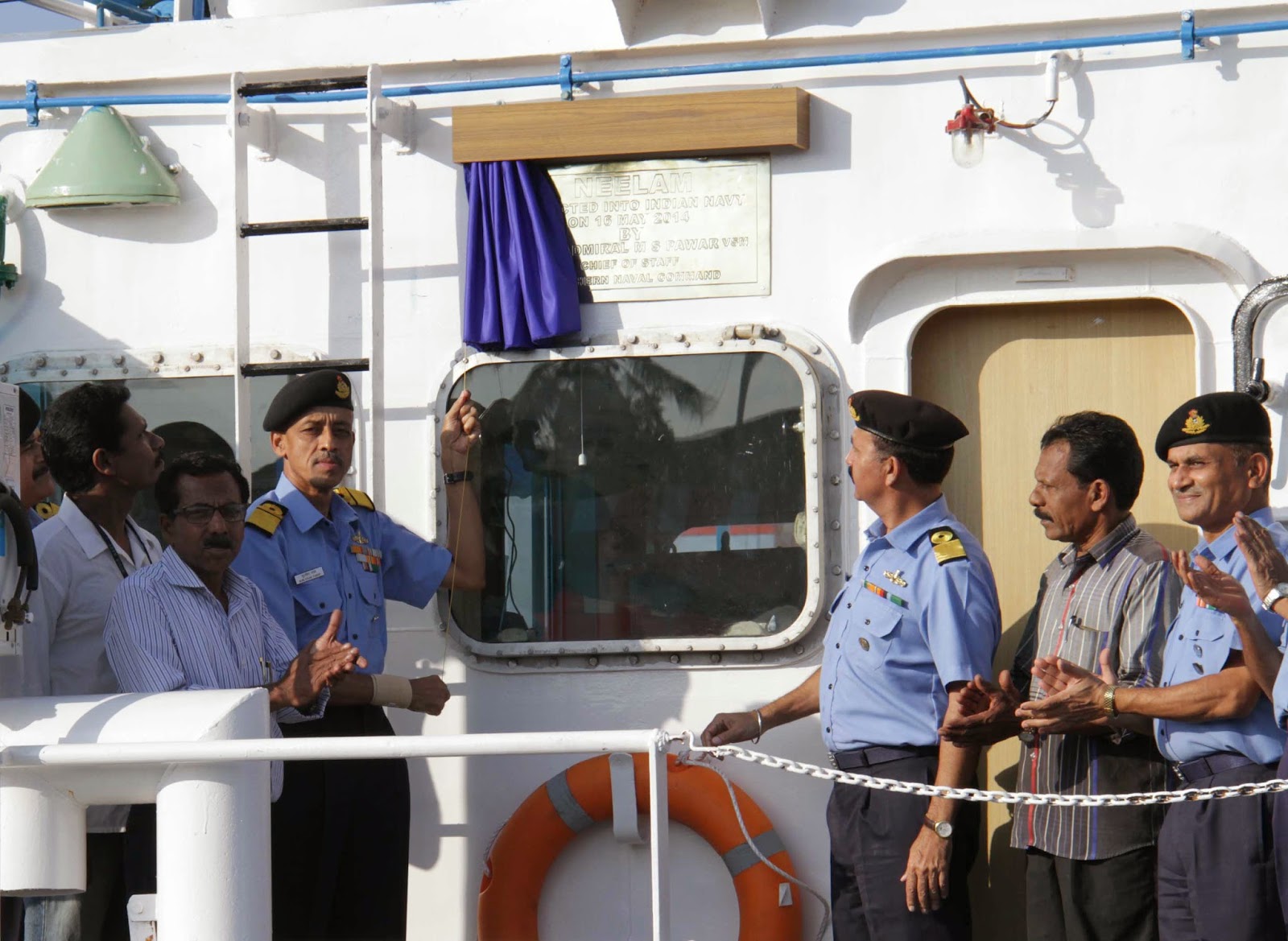 A ferry craft named Neelam was inducted into the auxiliary fleet of Naval Ship Repair Yard (NSRY) Kochi today by Rear Admiral MS Pawar, Chief of Staff , Southern Naval Command. The craft capable of carrying 50 men was built by M/s Shalimar Works Kolkota. Speaking on the occasion, Rear Admiral Pawar said that the ferry vessel would bolster the operational support capabilities of Naval Ship Repair Yard by transportation of men and material to ships at anchorage and other berths. He asked the crew to be diligent in maintenance of the vessel. The 218 tonne vessel has a twin hull configuration and is capable for doing speeds up to 15 Knots. The induction ceremony was witnessed by senior officers of Southern Naval Command, employees of Naval Ship Repair Yard and representatives of the ship builder. Commodore TN Kaul, General Manager NSRY , Kochi presided over the function.