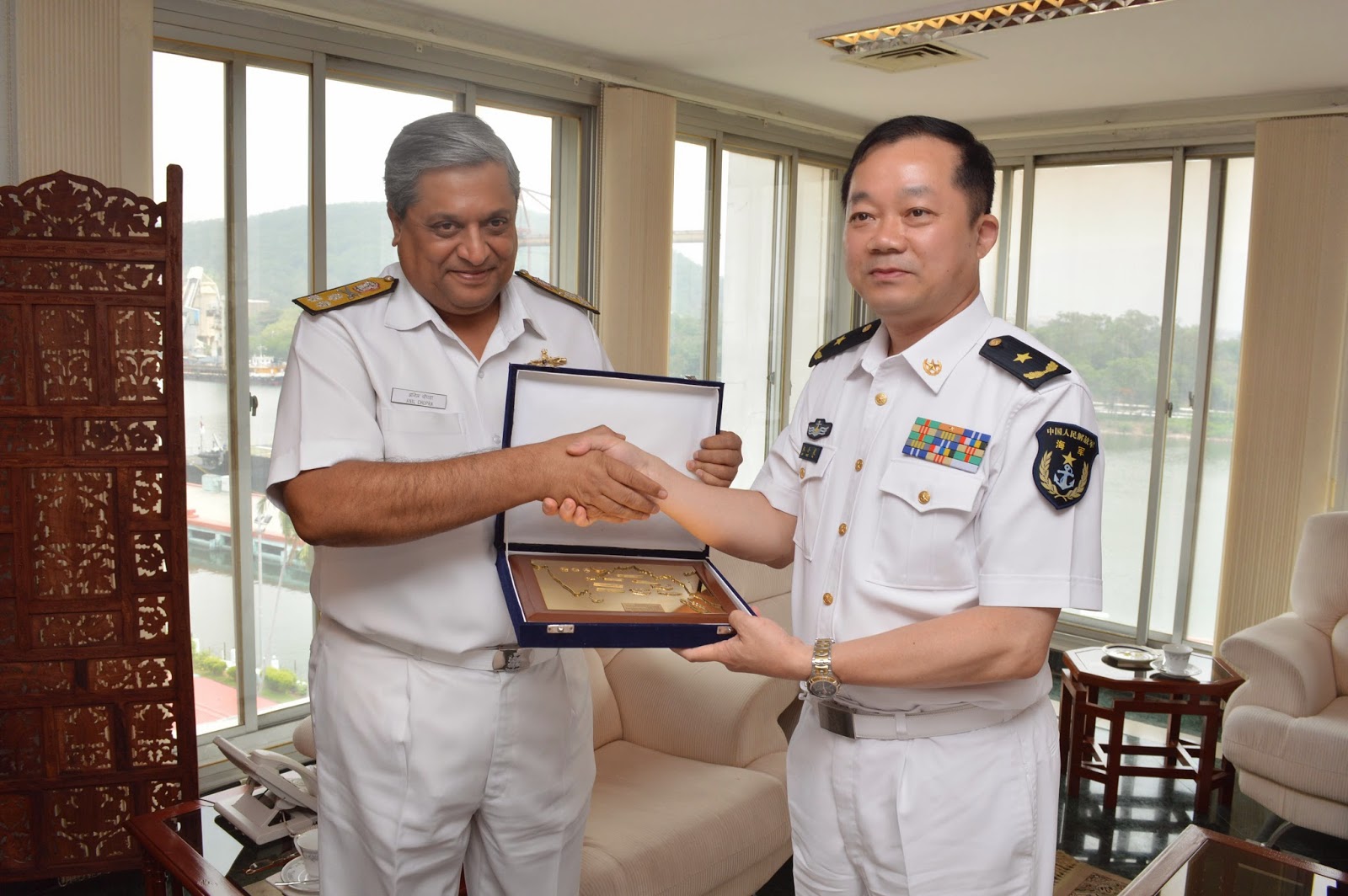 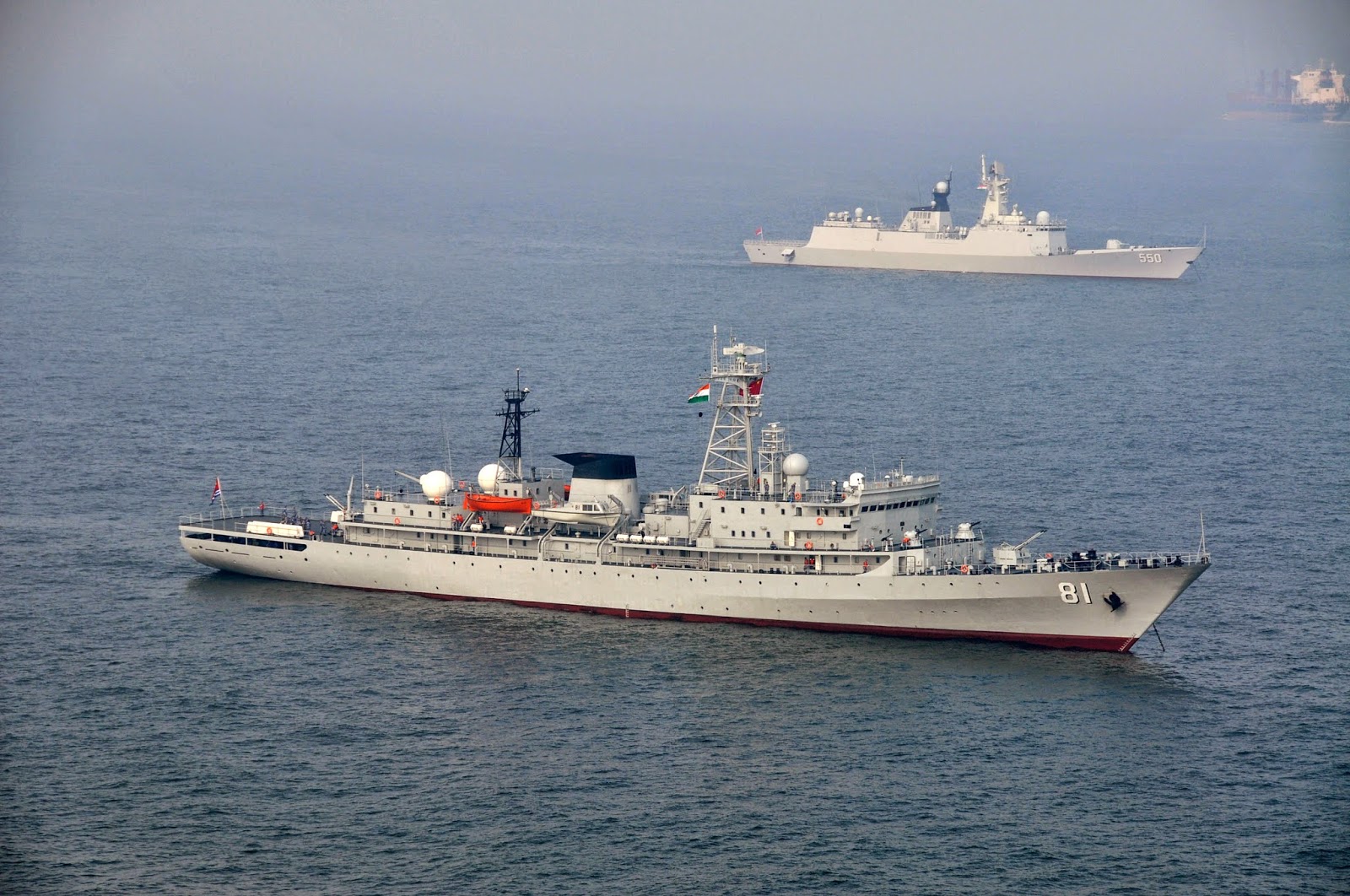 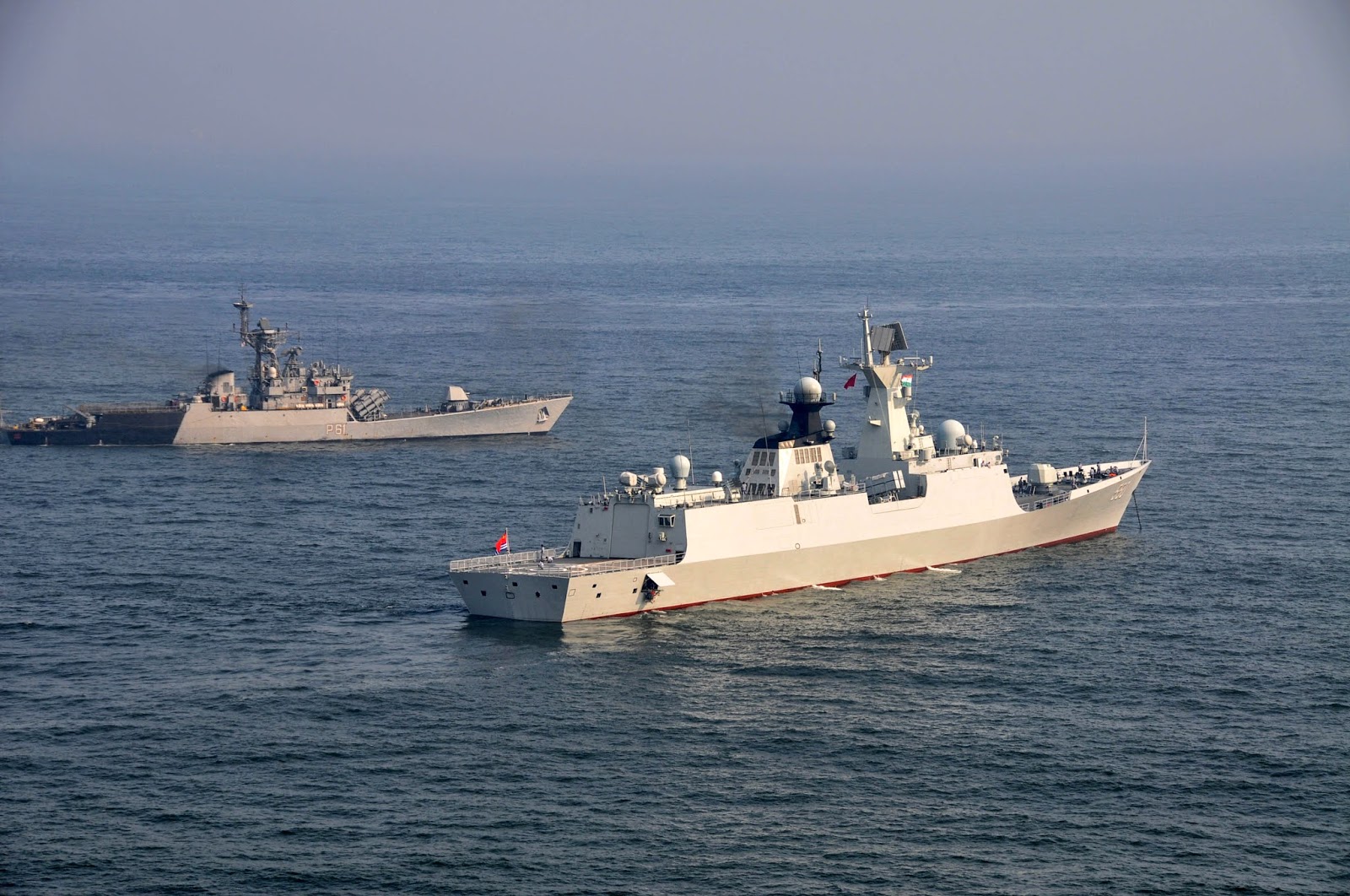 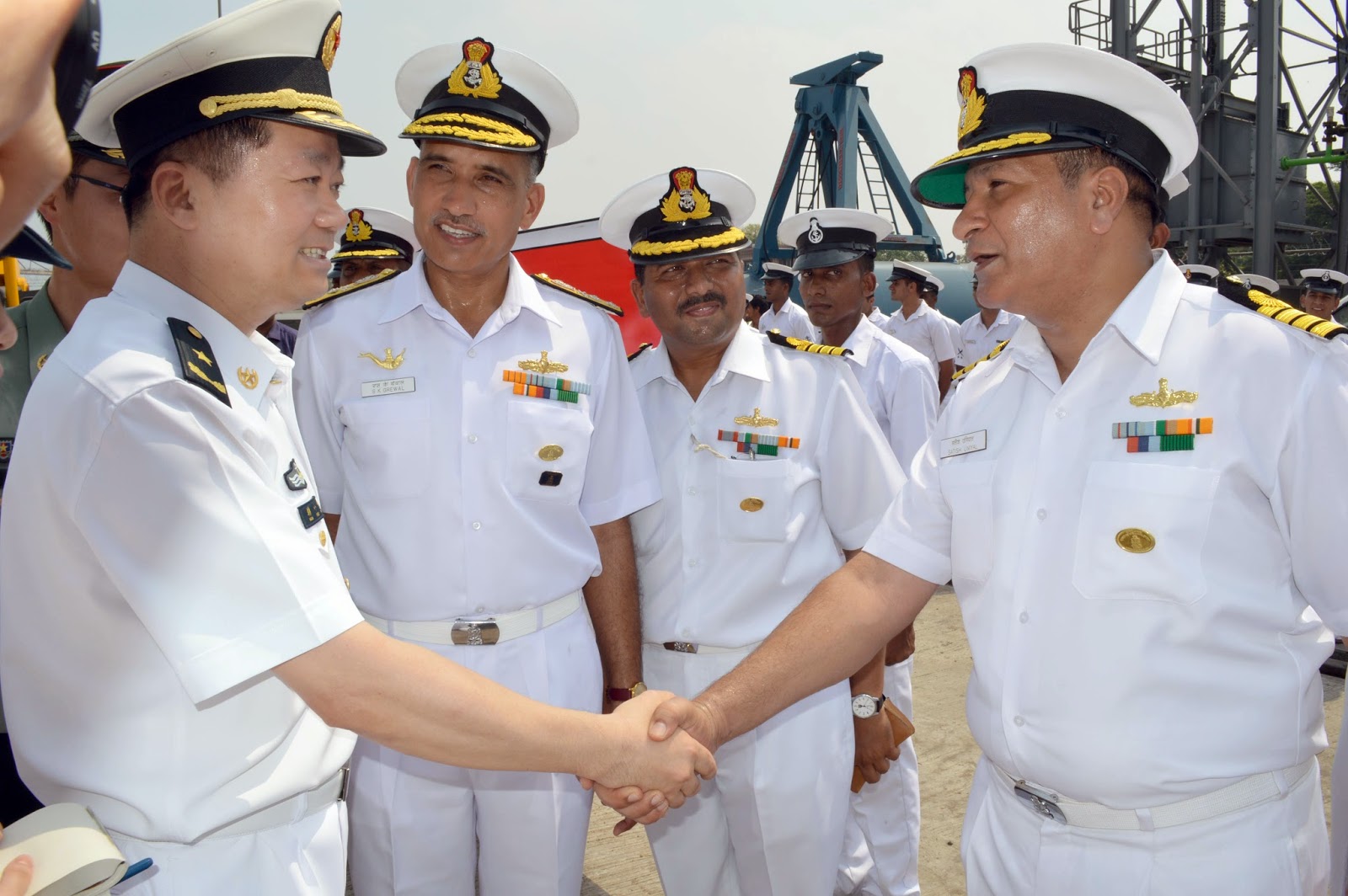 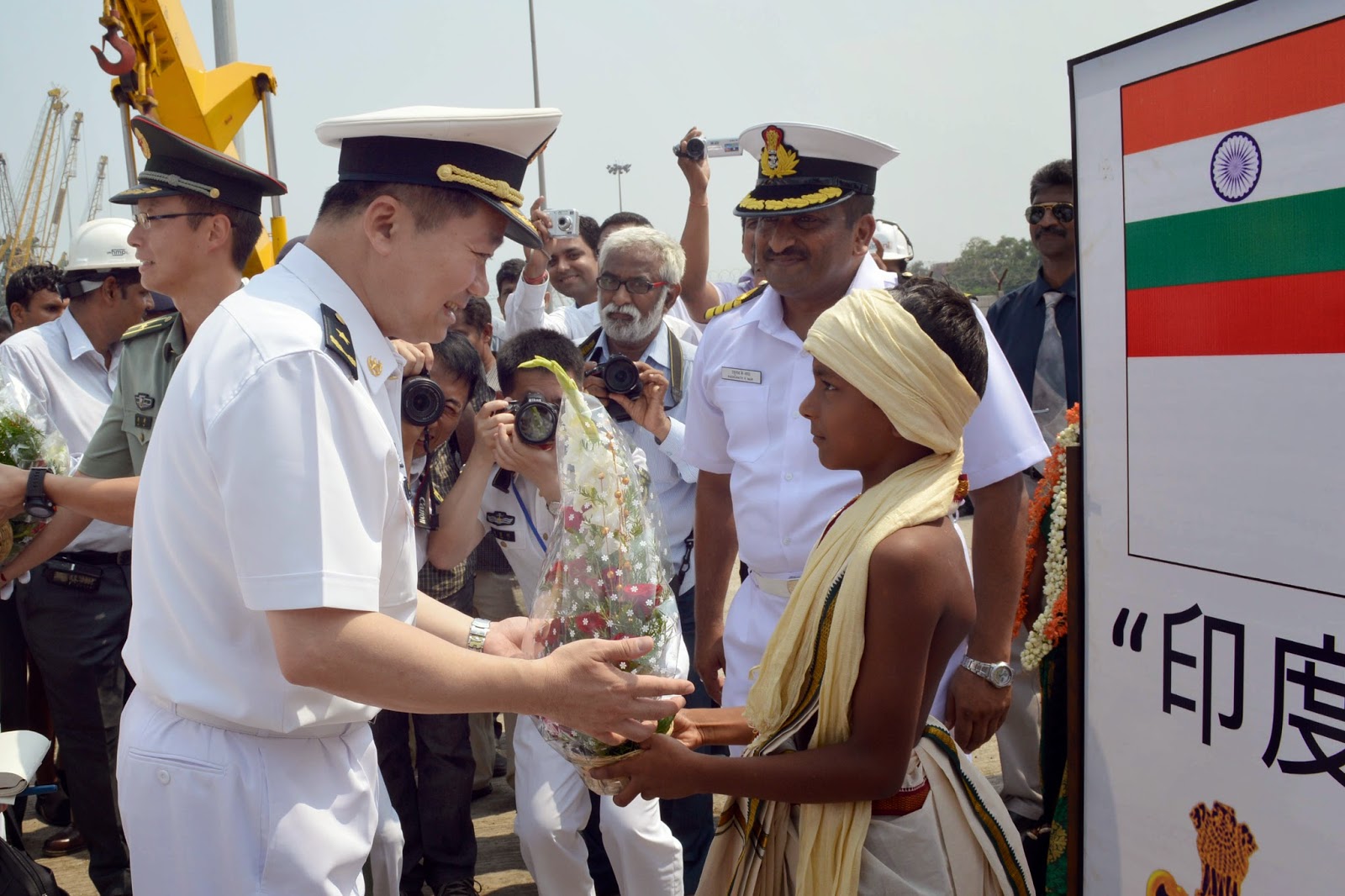 The Flag Officers are embarked onboard PLA Navy ships Zhenghe and Weifang that are on a four day visit to Visakhapatnam. During their stay here, the Officers and crew of the Ship visited ships of the Eastern Fleet and the Kursura submarine museum. Ships of the PLA Navy were also open to visits from the Indian Naval personnel and their families. The PLA Navy Band performed alongside the Indian Naval Band at a concert held at Samudrika Naval auditorium today, to an appreciative audience of personnel from both the Navies. Performances by the two Bands were followed, befittingly, by a collective rendering of the World Community song, A Small World After All. In addition, the PLA and Indian Navy teams engaged in friendly matches on the sports field.

The visit will encompass interaction between personnel of both the Navies in various professional, cultural, social and sports events. Apart from engaging in friendly basketball and football matches with the Eastern Fleet teams, the PLA Navy personnel will also visit places of interest in Visakhapatnam. The Admirals of the PLA Navy are scheduled to call on Vice Admiral Anil Chopra, Flag Officer Commanding-in-Chief, Eastern Naval Command.

Commisioned in 1987, Zhenghe is a Training Ship that has Commander Ye Kaihua at the helm, and the Frigate Weifang is commanded by Captain Zhang Zaige. The ships are on a good will visit to four Asian Nations including Myanmar, Indonesia and Vietnam, and are scheduled to depart Visakhapatnam on Tuesday, 20 May.