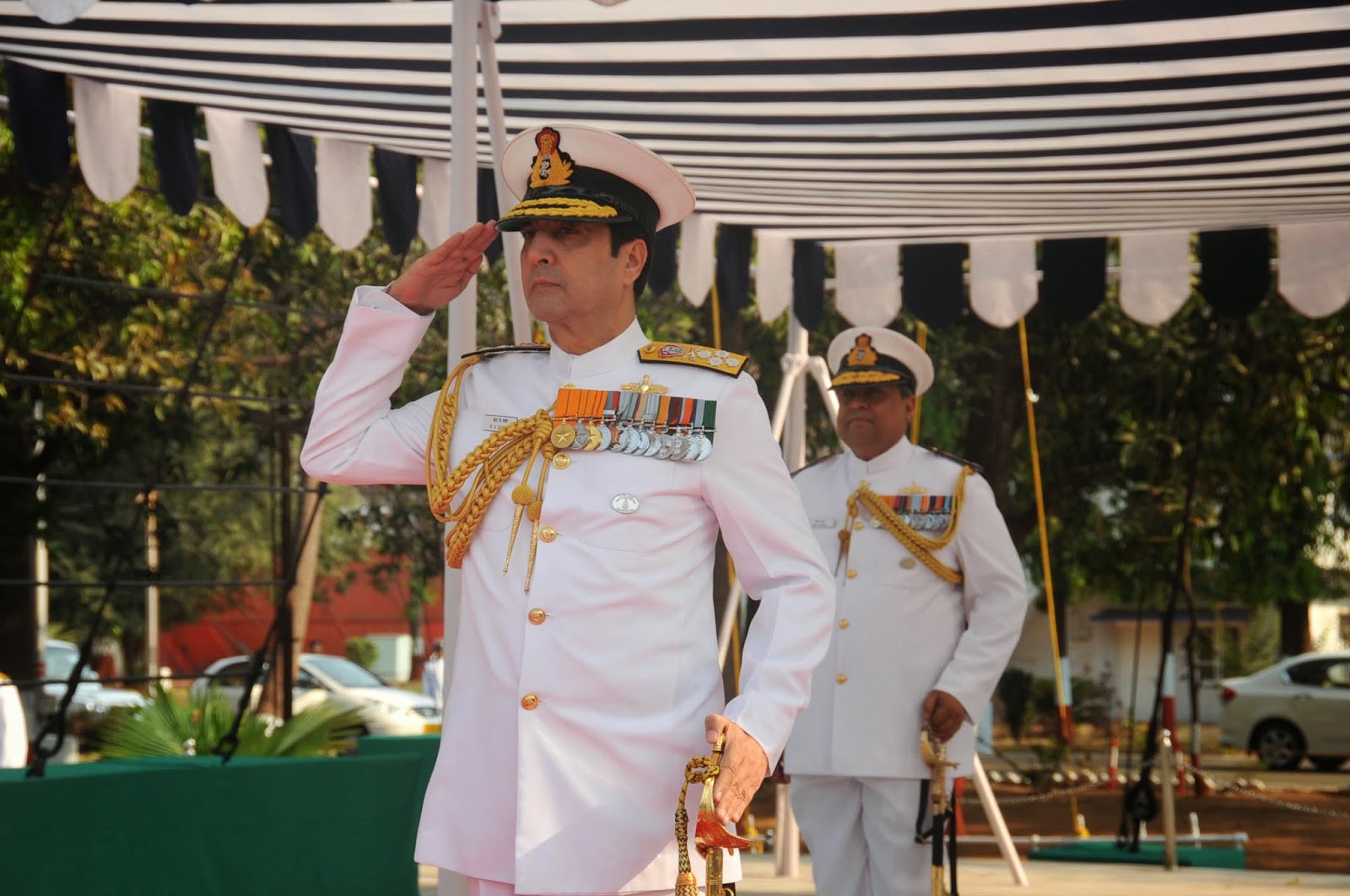 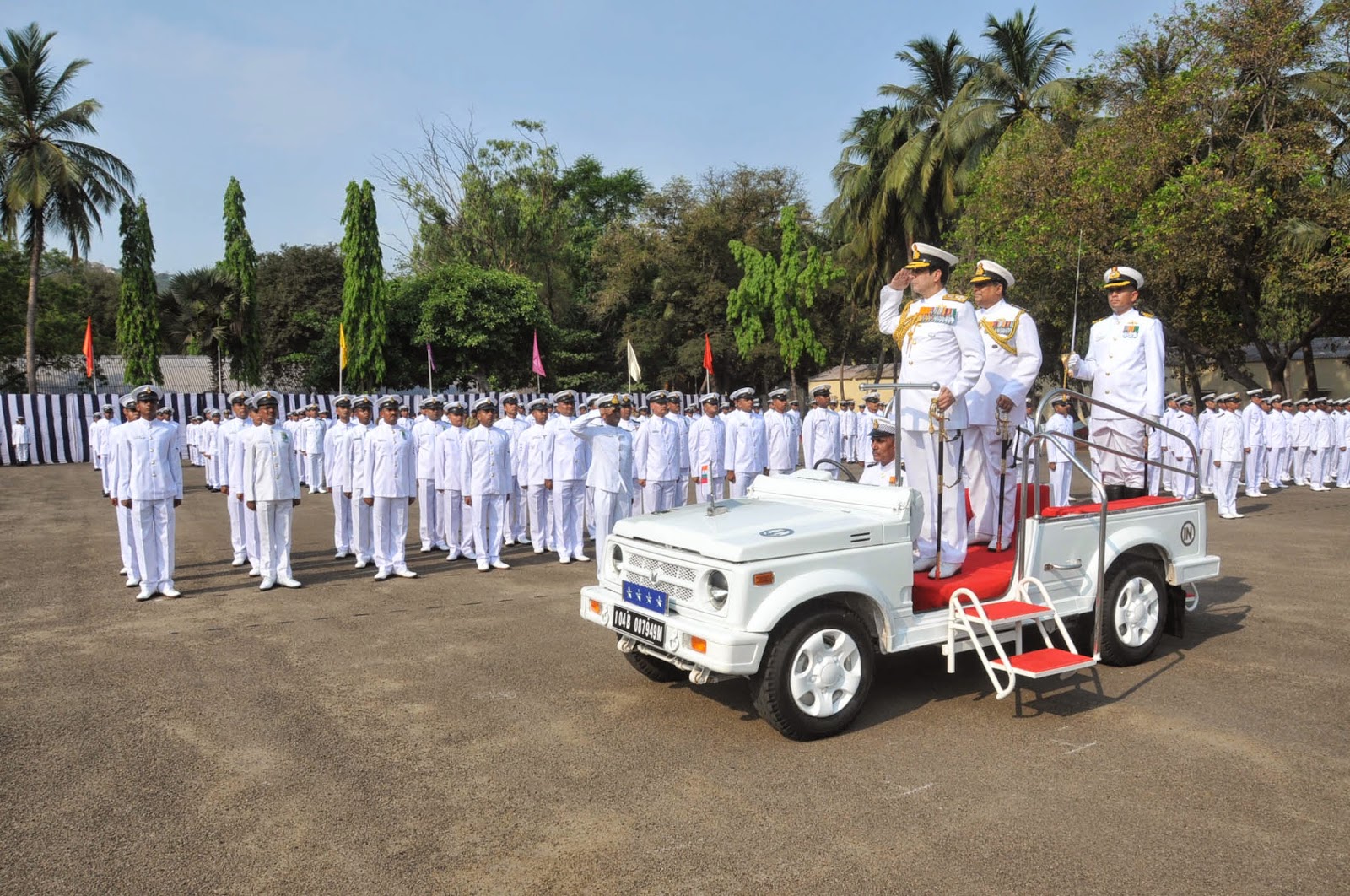 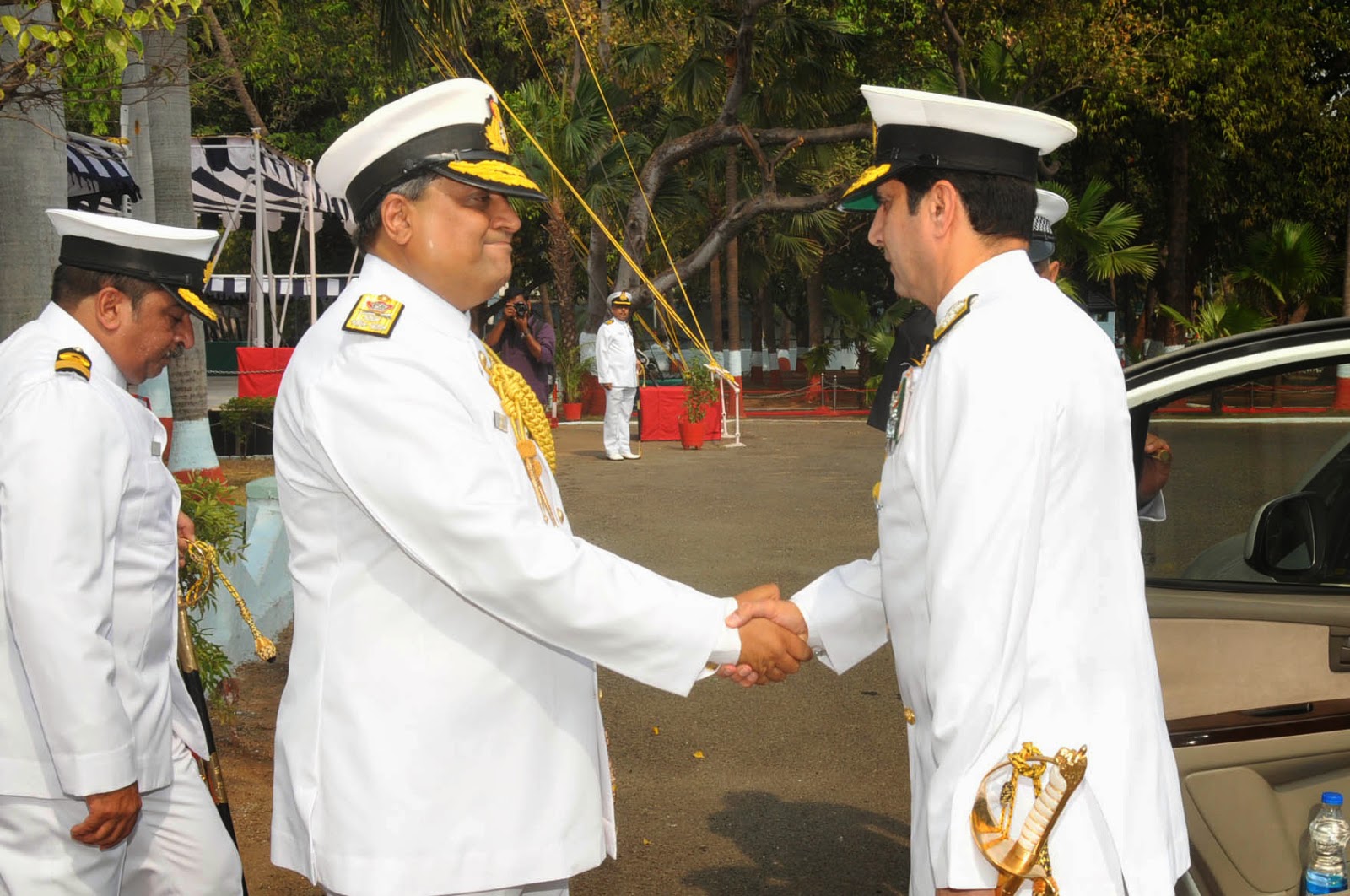 Admiral RK Dhowan, the Chief of the Naval Staff reviewed a Ceremonial Parade held in his honour at INS Circars Parade Ground today, 30 Apr 14. He inspected a 50 men Armed Guard, and reviewed the platoons of Naval and DSC personnel drawn from various ships and establishments of the Command. Flag Officers and Commanding Officers of various ships and establishments of Eastern Naval Command were present on the occasion.

Complimenting the officers and men on a smart parade, Admiral Dhowan said that he felt privileged to be visiting the Eastern Naval Command the premier Command of the Navy, on his first visit in the present capacity, as it was here that he had commanded the Fleet and was the Chief of Staff earlier.

During his address after the ceremonial parade the Admiral said that it is the responsibility of the men in white uniform to ensure that Indias maritime interests are pursued unhindered, both in peace and war. This necessitates a multi-dimensional, combat-ready force, and the Eastern Naval Command, with operations spread across the Bay of Bengal and the Indian Ocean, is undertaking these tasks admirably, he said. Over the last two years, ENC has acquired three Shivalik class stealth frigates, P8I Long Range Maritime Patrol and Anti-Submarine Warfare aircraft, Hawk Advanced Jet Trainers, nuclear attack submarine INS Chakra and a number of Fast Interceptor Craft. Also, Arihant is in the final phase of its harbour trials and will shortly be put to sea; first of the four indigenous P28 class ASW Corvettes being built at GRSE, Kolkata will be joining the Eastern Fleet in the near future. He stressed that keeping these assets in a high state of combat readiness is the responsibility of every man in uniform.

Touching upon the incidents which happened in the recent past and have dented the image of the Navy, the CNS urged that we have to work together to restore the pride and prestige of the Indian Navy and this would surely be possible through effective teamwork, diligent training and strict adherence to procedures. The Admiral stressed on the importance of the Divisional System in improving quality of life and contributing towards a happy environment; he urged all men in whites to work with Commitment, Compassion, Credibility and Integrity (C3I) and work together to take the Indian Navy to greater heights and the pinnacle of professionalism.

Later, Admiral Dhowan visited the Headquarters, Eastern Naval Command and held discussions with Vice Admiral Anil Chopra, Flag Officer Commanding-in-Chief and was briefed on the activities of the Command. Thereafter, the Admiral addressed officers, men and defence civilians of the Command and visited ships, submarines and establishments.

Admiral and Mrs. Dhowan are on a two-day visit to the Eastern Naval Command, and are scheduled to depart Visakhapatnam on 01 May.