Sam Bahadur, The Indefatigable Field Marshal And His Tryst With Death 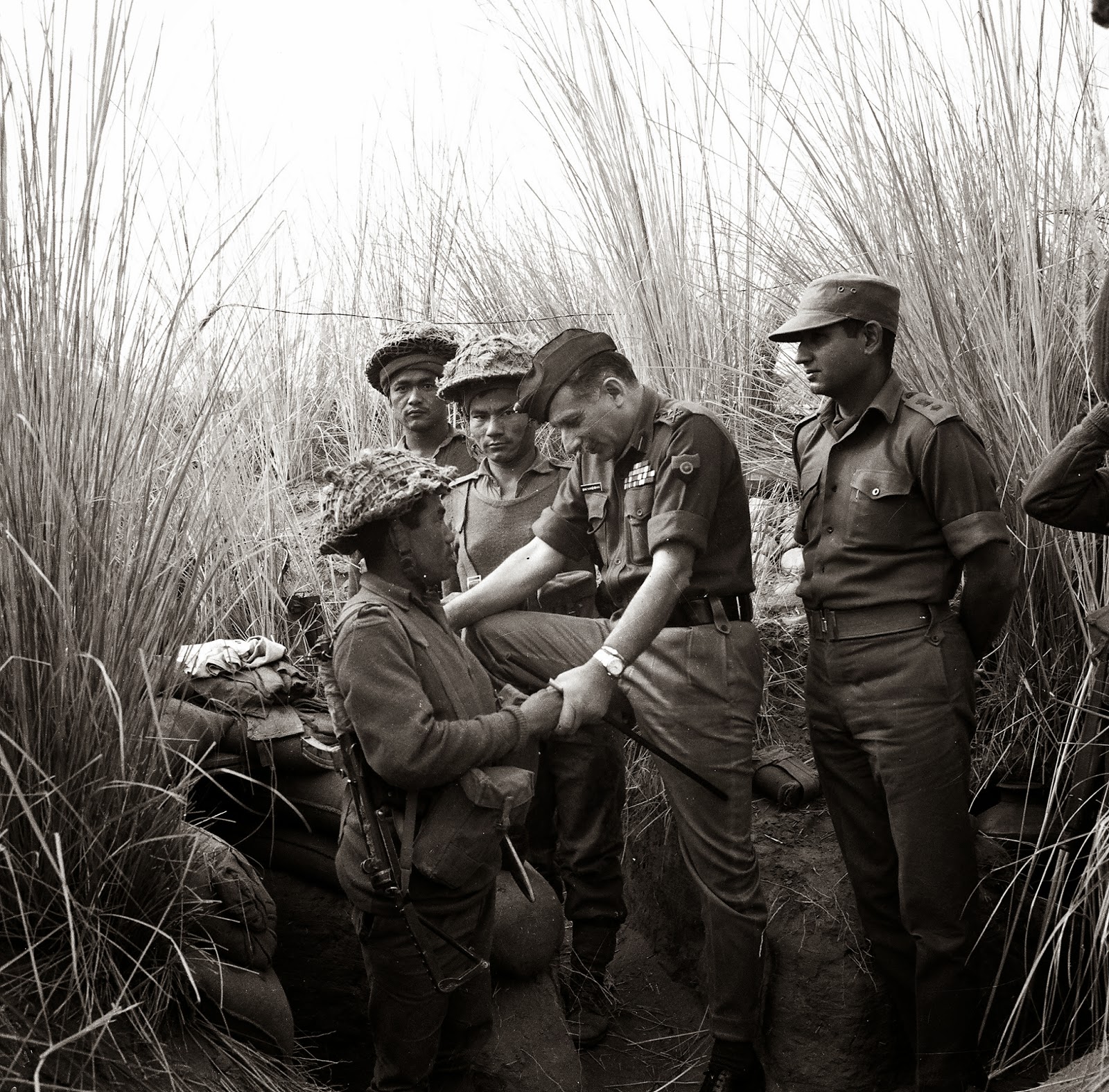 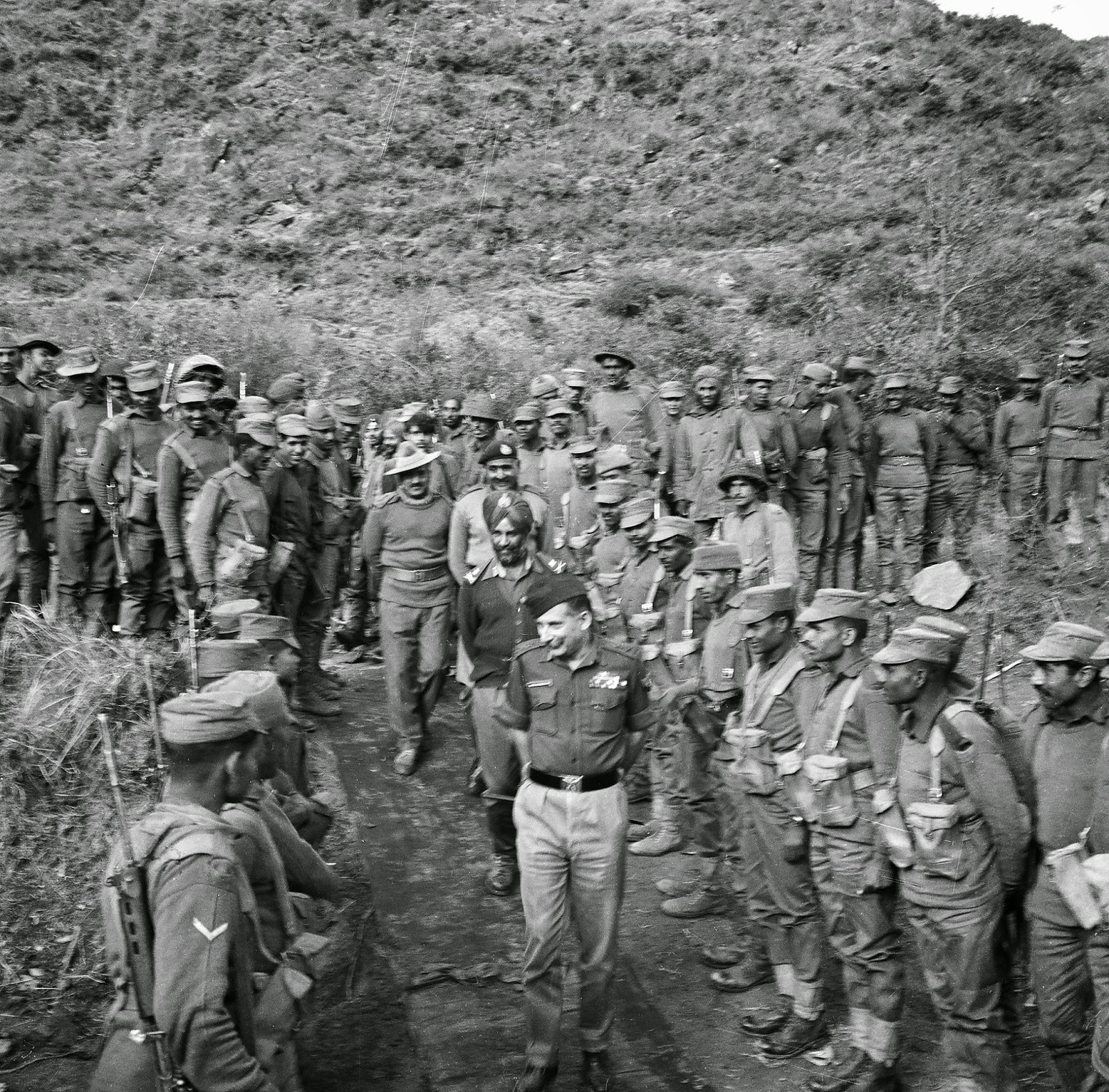 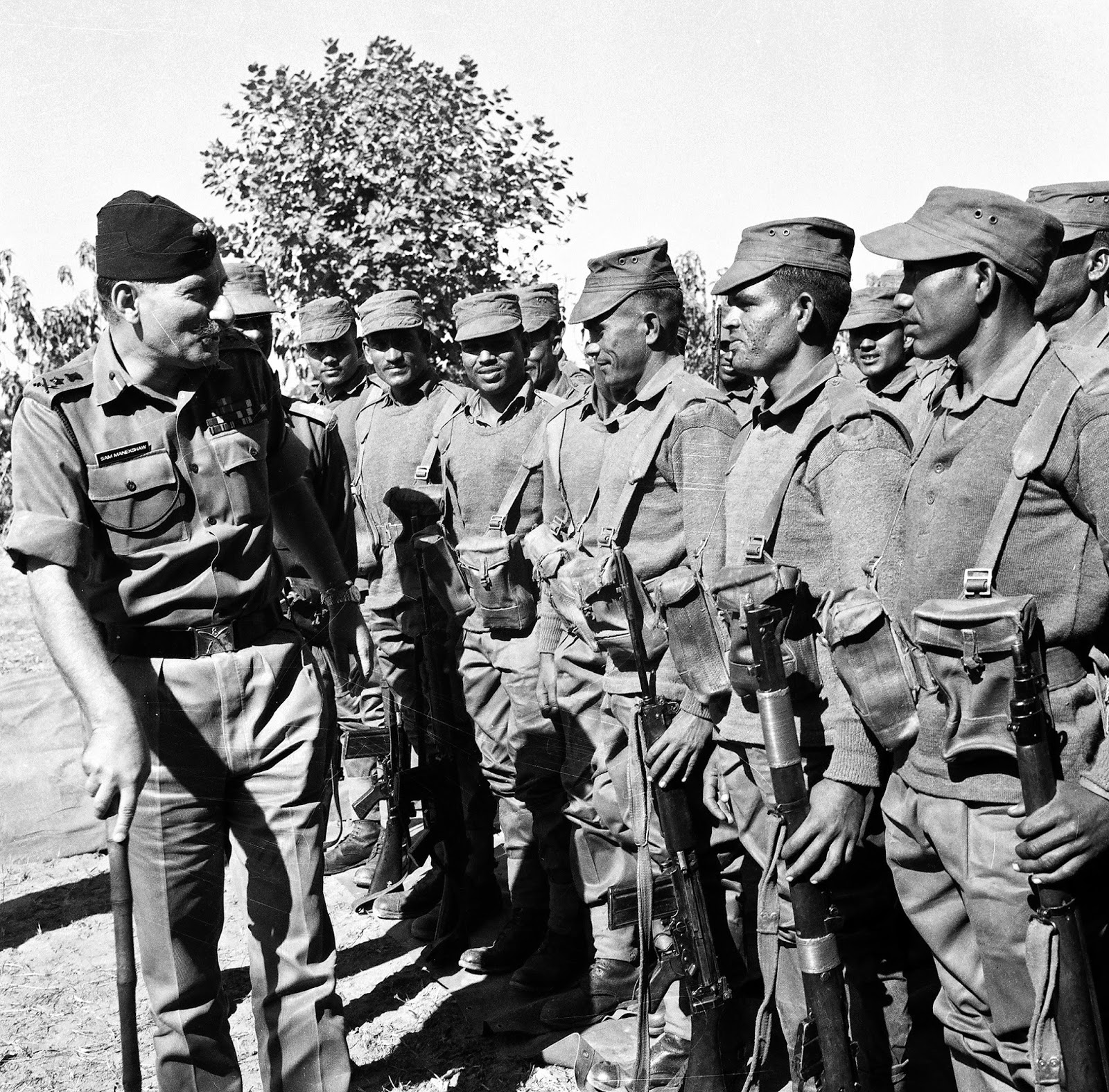 Field Marshal Sam Hormusji Framji Jamshedji Manekshaw remains one of the most enigmatic personas of our times.

Popularly known as Sam Bahadur -- a name purportedly uttered by a Gorkha soldier after failing to recall his tongue-twister Parsi name, literally means - Sam, the fearless; and remains his most easily remembered name till date.

Sam cheated death on a few occasions, both in a battlefield and away from it. He, however, lived on to be nonagenarian. Sam wanted to be a doctor much like his military-doctor father but ended being a field marshal.

As a young Captain, while posted in Burma and fighting a war with the Japanese in 1942, he was critically wounded with as many as nine bullets lodged in his body. While battling for life, his valiant Sikh orderly Sepoy Sher Singh came to his rescue and saved him from certain death.

The valiant Sikh soldiers of his platoon had proclaimed: “Captain Manekshaw is the crown of our head and has to be rescued at any cost”. Sam's orderly, Sher Singh, carried him on his back a good distance to the medical aid post where the army doctors were forced to treat him on priority.

Sam Manekshaw was decorated with a Military Cross (MC) for his exemplary courage during this period as it was feared he might die. MC, it may be known, was not awarded posthumously until 1979. Sam not only survived the ordeal but lived on to be 94.

Sam would eventually leave all his admirers on June 27, 2008, peacefully in his sleep in his Conoor home - Stavka - in the Nilgiris hills, surrounded by family members and well-wishers.

Towards the latter years of his life, Sam Manekshaw, who otherwise enjoyed robust health despite his grave injuries early in life, needed medical help to overcome some respiratory problems that began surfacing.

That was when an army doctor, Colonel BNBM Prasad, a pulmonary specialist, who is now a senior General himself, was assigned to attend to the field marshal.

The two would eventually share a bond beyond the usual doctor-patient relationship that lasted till the end, and curiously enough even beyond his death.
Gen Prasad who was until recently Commandant, Eastern Command Hospital at Kolkata was with the field marshal until his passing away. He offers rare insight of the gritty Sam, the fearless, even moments before passing away.

Sam Manekshaw would often relate many tales from his life to his doctor as they spent considerable time together during recuperation. He often spoke fondly of his darling wife Silloo, who preceded him on February 13, 2001, after a brief illness.

He would also speak of his doting daughters Sherry and Maja, son-in-laws Dinky Batliwala and Dhun Daruwalla, and grandchildren who also called him 'Sam' lovingly.

Above all, the field marshal's favourite talk would invariably revolve around his dear Gorkha soldiers who were more than just a family to him. Such was his endearment with them that the household and the pristine elegance at Stavka are preserved as Sam would have loved it by the trusted Gorkha families residing at his quarters.

Dr. Prasad easily reminisces 1971, the year when he was a student at Mysore Medical College as a period charged with patriotic fervor. India had defeated Pakistan decisively and a new country Bangladesh was created. Gen SHFJ Manekshaw, then Army Chief, was the toast of the nation.

"Many like me were motivated during our formative years to join the armed forces instead of seeking a lucrative career elsewhere," alluding to the enigmatic Sam Bahadur aura.

"Though I joined army as a doctor in 1977, I got the first opportunity to see him in person and listen to him in early nineties during the passing out parade at Indian Military Academy in Dehradun when he was invited to address the young officers," states Prasad.

He would eventually be appointed personal physician to the field marshal.

It would, however, take Col Prasad a whole decade more before meeting up his all-time hero. The year was 2003, when the field marshal first visited Army Hospital (Research and Referral) in New Delhi for his respiratory ailment.

"What impressed me the most on my first personal meeting with him was his magnetic charm. He was a star attraction as he slowly walked in the corridors of the hospital. People in the vicinity used to look at him with bated breath and admire silently despite his age and ill health," recalls Gen Prasad.

"As a doctor serving in the Indian Armed forces for past three decades, I have come across all types of patients. Some of them are very demanding while some are very humble who readily follow my advice without any murmur. The field marshal was an exception."

A gritty fighter till the end.

A year later while staying in a Mumbai hotel, the field marshal developed acute chest infection due to exposure to chill from the air conditioner. He was air dashed to Delhi and was brought to Army Hospital (R&R).

"When I examined him on his arrival, I found him quite sick and weak, barely able to walk.”

Despite his illness he politely declined to sit on a wheel chair and walked all the way to the radiology department for a chest x-ray. He was found to be suffering from a severe chest infection and required immediate hospitalization.

"As he was not inclined for an immediate hospitalization, I took the risk of treating him at his younger daughter’s residence in Delhi after convincing hospital authorities to permit domiciliary care" recalls Gen Prasad.

To his doctor, Sam Manekshaw would recount his father Dr. Hormusji Manekshaw's concern for his health and of the letter his father wrote asking him to give up smoking and drinking with a stern warning “Son, if you drink and smoke any more you will be dead soon.”

Sam joked: “Doctor, had I listened to my father and stopped drinking and smoking as I did initially while I was in the hospital, I would have died long time back.” He would never let his illness come in the way of humouring all those who looked after him.

Both advancing age and weak lungs by now began to progressively decline his health. He wished to spend last part of his life in his favorite house - Stavka - in Connoor.

He was relatively at ease in his own surroundings amidst Gorkha orderlies, pets, garden and local people.

Final days with his doctor

"The last time I saw him was on an emergency visit from Delhi at Military Hospital Wellington, Nilgiris following sudden deterioration of his condition on June 22, 2008."

This time I found a pale self of the ageing field marshal. He was gasping for breath and was bedridden and was barely able to open his eye lids.

"My long experience of dealing such cases, who have chronic lung disease complicated by a deadly broncho-pneumonia which the frail and 94-years old field marshal was suffering from, made me sound alarm bells and alert all concerned expecting an inevitable in next few hours," recalls Gen Prasad.

Given his condition, Dr. Prasad feared that their most illustrious patient would not possibly survive the next 24 hours. Killer pneumonia was getting the better of the gritty warrior.

Grandson Jehan and son-in-law Dhun Daruwala had lost hopes and were praying at his bedside for a miracle. His daughters, Sherry and Maja were on their way from Chennai and Delhi.

All were fervently praying and hoping he held on till their arrival. Defying odds as he did in the past, the wily field marshal held his own against the deadly infection for the next few days till his affectionate daughters were at his side before end came.

When his daughters came, he recognized them and spoke to them for the last time. He timed his death like his famous military operations at his will, and emerged triumphant in both - his life and in death.

Moments before the end, those present around him would witness an amazing happening.

Sam Manekshaw's younger daughter, Maja Daruwala, while trying to control her emotions, spoke about the life and times of her illustrious father to her near comatose father, acknowledging her love for him.

The moment she mentioned the name of her mother Silloo, he responded despite his state. The monitor which showed his oxygen saturation precipitously low and falling, suddenly shot up briefly while his breathing and pulse remained stable.

He passed away during wee hours peacefully on June 27, 2008, while his daughters held his hand and prayed.

He perhaps had the premonition of his death. He told an attending doctor few days before his death pointing at a skin rash on his forearm that he will be dead once the rash disappears. Sure enough the rash disappeared, and so did the iconic legend.

Despite debilitating illness, the field marshal had once asked: “Doctor, why can’t you have a scotch in my name? My sincere apologies that I just can’t give you company for the reasons better known to you.”

A week after he passed away, Col Prasad would have a surprise visitor. The field marshal's grandson, Jehan, dropped by his office in Delhi to deliver a small gift - a bottle of scotch under instructions from his grandfather with the following note:

"Col Prasad, FM sent his apologies that he could not drink this with you..."