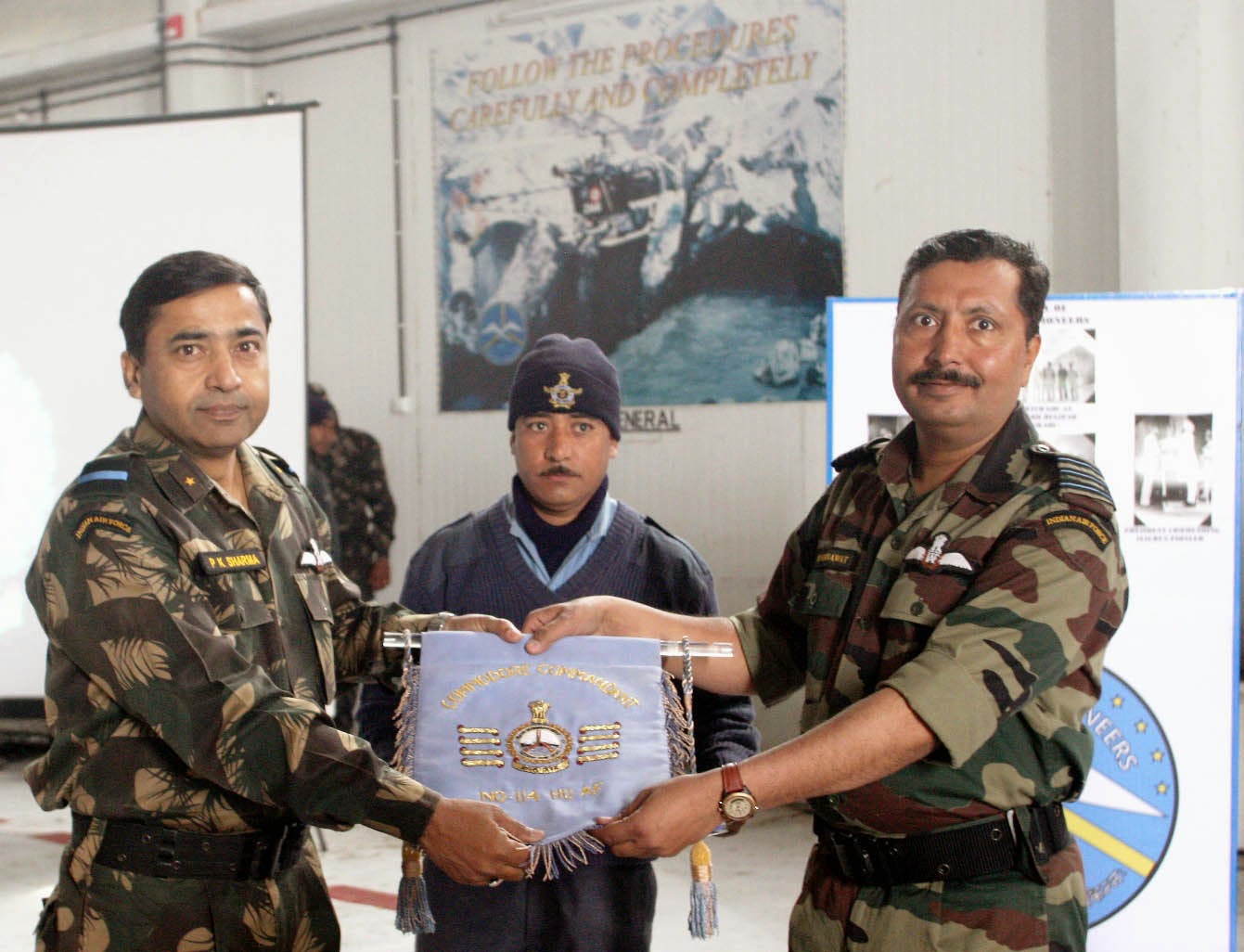 114 HU has been engaged in service of “Operation Meghdoot” for over three decades now. It routinely involves landing at the highest helipads in the world, in Siachen glacier & flying the helicopters to the edge of its flight envelope over a very treacherous terrain marked by uncertain weather. For its courageous deeds, the Unit has earned 62 Gallantry/ Presidential awards that include 04 Vir Chakra, 07 Shaurya Chakra, 27 VayuSena Medal (Gallantry), 12 VayuSena Medal, 05 YudhSeva Medal, 03 VishishtSeva Medal & 04 Mention-in-Despatches.

During its 50 years of outstanding service to the nation, 114 HU has been awarded the President’s Standard in 1996, Unit Citation by the Chief of Air Staff in 2004 and a place in the Limca Book for World Records for the highest helicopter landing at a density altitude of 25,140 feet. Besides this, the Unit is famous worldwide for its daring rescues of mountaineers & trekkers from across the globe year after year. In fact, the Unit motto “We do the difficult as a routine, the impossible (may) take a bit longer” is a true reflection of its hardy reputation & commitment. The Commanding Officer paid rich tribute to the Unit martyrs who laid down their lives in the line of duty “they brought us glory & we should maintain the highest professional standards all the time, this would be the most fitting tribute to the Unit martyrs”.he said during the function on 05 Apr 2014. Air Marshal B S Dhanoa YSM VM, SASO, WAC, was the chief guest for the function; he inaugurated the new officers’ mess at Air force Station, Leh yesterday. The Golden Jubilee celebration of 114 HU is the first event to be held in the new Officers Mess Complex.

The Siachen Pioneers have a special connect with the people of the Ladakh region. They regularly undertake flights in support of the local population who live in the remote regions. A very touching tribute was paid to 114 HU of the Lingshet Area Foundation Hostel, who presented a series of colourful & graceful folk dances on the occasion. The Warden of the hostel, Mr Gyshay Labzang described it as an opportunity to thank the brave pilots & air warriors of 114 HU who are their lifeline in the remote of Zanskar valley to which the children belong.

A recent initiative by AOC Leh, Air Cmde Rajesh Isser AVSM VM and the Leh administration, specially the CEC, Mr Rigzin Spalbar has ensured that the students & teachers are airlifted in IAF helicopter to reach their schools at Leh and back home, in the IAF helicopter. Earlier, the ‘Chaddar’ trek over the frozen Zanskar river was the only and a dangerous way for children, teachers of the area to reach Leh. People of the area consider this initiative to be a “godsend” said a student at the Choglamsar hostel.

As part of the Golden Jubilee celebrations a seminar on High Altitude Operations is planned in May-June, at Delhi, to encapsulate the rich experience of the Unit and share the same with other operators of the IAF. Seminar would also be an opportunity to many ex Siachen Pioneers, who could not join the celebrations at Leh for various reasons.

Proud to be a part of the Siachen Pioneer family

I must have done something good in my previous life to have been given the privilege to be a Siachen Pioneer! I owe everything to 114. My wife and daughters too are thorough bred 114 lovers. Chikilaka Pioneers!