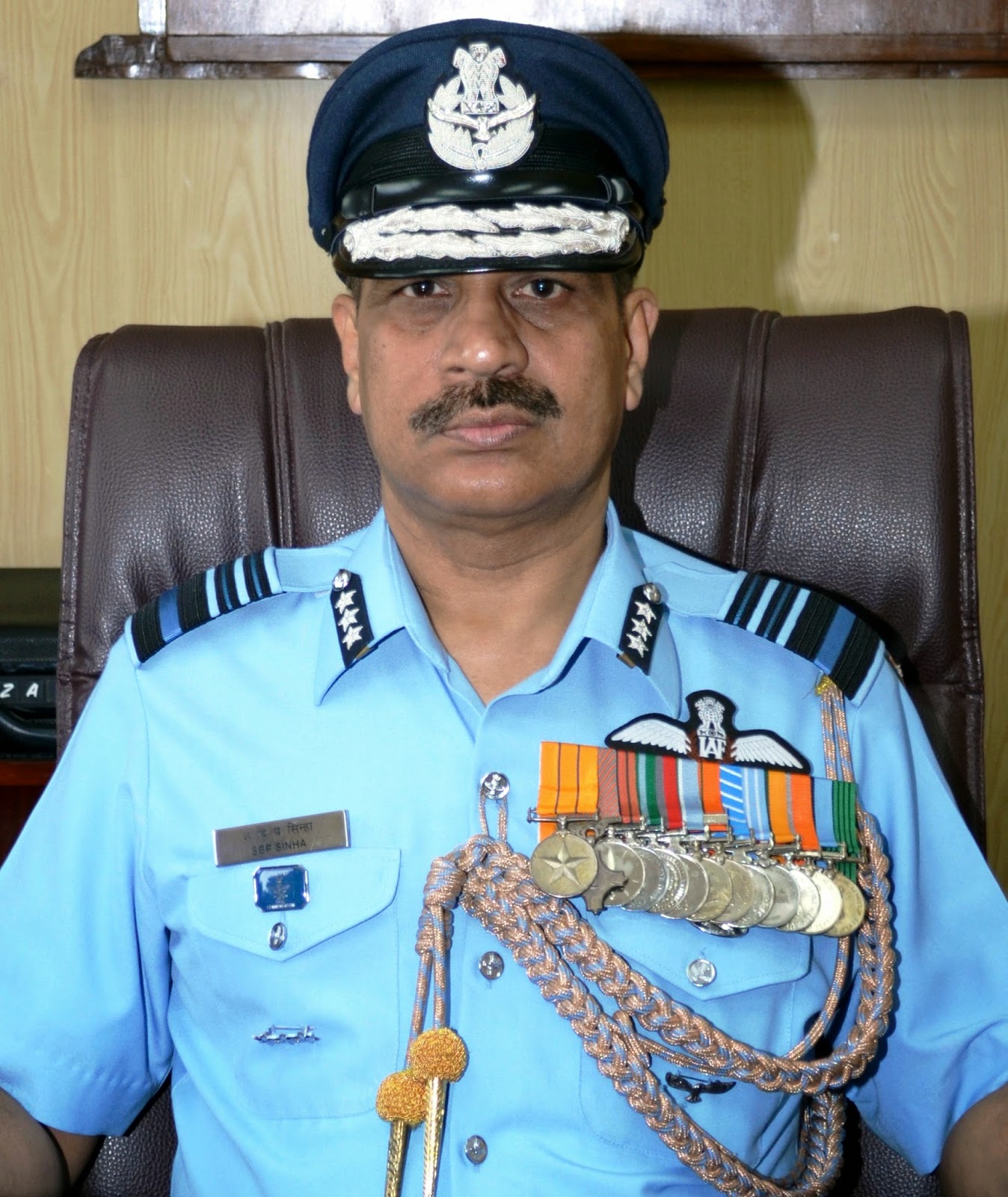 Air Marshal SBP Sinha takes over as the Deputy Chief of the Air Staff at Air Headquarters, today. An alumnus of the National Defence Academy, he was commissioned in the fighter stream on 15 June 1980. He has over 3700 hours of flying experience having flown the Hunter, MiG-21, Mirage 2000 and Su-30MKI fighter aircraft.

A graduate of the Defence Services Staff College(DSSC), Wellington. He is a Cat ‘A’ Flying instructor, Instrument Rating Instructor and Examiner and has undergone operational courses in France and the USA. He has held various important Command, Instructional and Staff appointments which include Instructor at the Flying Instructors’ school, Flight Commander of a Mirage 2000 squadron, Chief Flying Instructor of Basic Flying Training School, Air Force Examiner in the Aircrew Examining Board, Commanding Officer of a MiG-21 squadron, Commandant of Electronic Warfare Range, Air Officer Commanding of a premier Su-30MKI base and Team Leader of the AWACS Project Team in Israel. He has also held important Staff Appointments at the Air Headquarters which include, Deputy Director of Operations (Electronic Warfare), Principal Director of Plans, CISR and Acquisitions and Assistant Chief of Air Staff (Plans) at Air Headquarters. He is a recipient of the Ati Vishist Seva Medal and the Vayu Sena Medal.

Hurrah, that's what I was seeking for, what a data!
existing here at this weblog, thanks admin of this web
site.

Can I simply just say what a comfort to uncover an individual who actually understands what
they are talking about on the web. You actually
realize how to bring an issue to light and make it important.
A lot more people should look at this and understand this side of the story.
I was surprised you're not more popular because you surely have the
gift.

My brother recommended I would possibly like this website.
He was once entirely right. This publish truly made my day.
You can not imagine simply how so much time I had spent
for this info! Thanks!