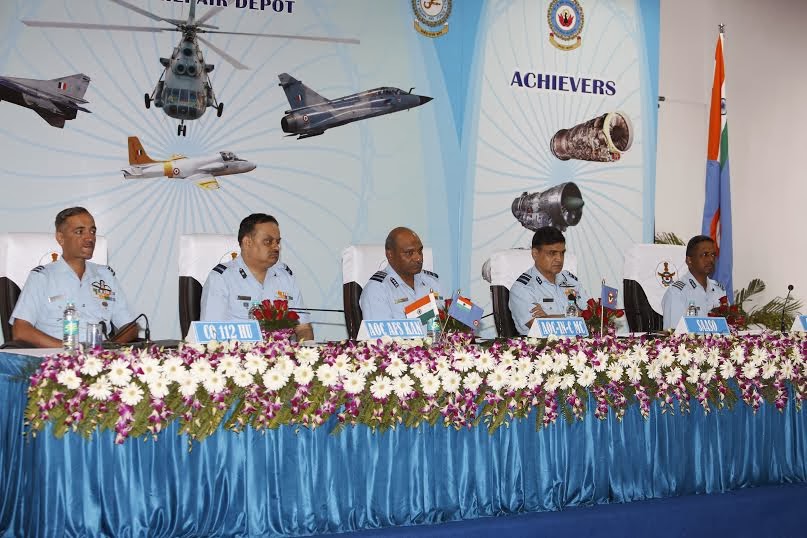 Raised on 01 August 1963 at Jorhat, 112 Helicopter Unit, Air Force, the ‘Thoroughbreds’ was one of the first helicopter units of the IAF in the Eastern region of India, after the Chinese aggression of October 1962. As the Armed forces needed to be upgraded and augmented, formation of new units and bases became an absolute necessity. Initially equipped with the American Bell-47G helicopters, the unit was employed in transporting men and material to remote and inaccessible areas of NEFA, now known as Arunanchal Pradesh. The duties included communication, air and land rescue and casualty evacuation. Sqn Ldr AS Williams Vr C was the first Commanding Officer.

On 07 November 1966, the unit was re-equipped with Alloutte (Chetak) helicopters and was moved to Air Force Station Bagdogra. The Cheetahs joined the unit in 1973. From Bagdogra, the unit operated extensively in support of the Army deployed in Sikkim.

During this period, the unit flew innumerable rescue missions from high altitude helipads of Kerang, Guy Agong and Donkiaka. Helicopters of this unit were the only means of communication to these remote helipads, especially during winters and snowfall. While on one hand, the unit was busy scaling the highest summits of the Himalayas from Bagdogra, a detachment operating from Kalaikunda, extended the unit’s reach for Air Sea Rescue missions right up to the Chandipur Coast in Orissa. Between 1966 and 1982, the unit provided operational support to Indian Army at altitudes in excess of 20,000 feet with only the Kanchenchanga peak as the prime navigation aid. The unit won many accolades for its professionalism and dedication.

The helicopters and crew of the unit proved their mettle in carrying out exemplary service to the nation flying intensively during the Indo-Pak war of 1971 for the liberation of Bangladesh. The helicopters were used for communication duties moving commandos, casualty evacuation and directing own fire onto the enemy targets.

After completing twenty years of exemplary service in the North East, the unit moved to Yelahanka, a suburb North of Bangalore on 11 July 1982. The newly acquired Mi-8 of 112 HU proved a blessing for the common man when they were pressed into Flood Relief Operations in August 1983 when the River Godavari overflew its banks. Many a lives were saved, many a people rescued. Since then, the helicopters of 112 HU have been doing this whenever the nation has called, unmindful of the day and the hour.

The unit and its personnel always attended to the call of the nation, whether in India or abroad. In 1987, the unit operated as a part of the Indian forces in IPKF in Sri Lanka. Operating in the troubled state, the unit’s crew flew several daring operations and gathered accolades from all corners. Extending country’s reach further in the Indian Ocean, the unit responded again to the call of duty in 1988, when India sent its forces in support of the President of Maldives. Standing true and tall for its cause, unit responded swiftly during Op Sea Wave and
Op Rainbow when tsunami hit the eastern coast of the sub-continent in 2004. The unit carried out several rescue missions, which includes search mission for   Late Dr. YSR Reddy, then Chief Minister of Andhra Pradesh. It was the dedicated efforts of the unit personnel that the crash site was located and the remains were recovered even during inclement weather conditions.


Since July 1984, the unit has been tasked for conducting all Mi-8 conversion courses for pilots, a task which is being accomplished to perfection till date. From PCC, the training pattern was modified to Helicopter Conversion Course (HCC) and finally it is the Stage III (H) PC training today. The unit also commenced the ab-initio Flight Engineer course for twin engine Russian helicopters in  August 1984 and the Flight Gunners course was commenced from July 1988. Stage-III (H) pilot course training formally commenced in December 1990.

It is the proud privilege of the unit to be the ALMAMATER OF HELILIFT.


HISTORY OF  4 BASE REPAIR DEPOT


No. 4 Base Repair Depot (4 BRD), Air Force undertakes repair and overhaul of turbo-jet aero. The primary role of the Depot is the production of reliable airworthy aero engines, rotables and quality products / services to IAF units. engines and their aggregates. Over the years, the Depot has evolved and specialized in overhauling a variety of turbo-jet aero engines, gaining domain expertise The unit also renders support to operational units through on-site repairs and training on aeroengines.

4 BRD is a lodger unit of Air Force Station Kanpur and is located close to the banks of river Ganga. The Air Force Complex at Kanpur traces its origin to the entry of Japan in World War II, when a new theatre of operation was opened in the East. For maintenance of aircraft of the allied forces, the British opened three maintenance units, one each at Karachi, Lahore and Kanpur. In 1940,    322 Maintenance Unit was formed at Chakeri, Kanpur for the purpose of storage and maintenance of aircraft. Its function also included arming of bombers and fighters like Liberator, Lancaster, Hurricane, Tempest and Dakota aircraft. The activities of this unit were further expanded and were located at two places. The storage and servicing of aircraft was retained at Chakeri, whereas the overhaul of engines and provision of logistics support were established at Armapur, about    20 km North West of Chakeri.

In 1965, a re-organisation of the repair agencies at Kanpur took place and 4 BRD was born on 01 Dec 65. At its inception, the depot was primarily tasked to repair and overhaul Goblin, Verdon and Nene aero engines of Vampire, Mystere and Toofani aircraft respectively, which were the backbone of IAF’s fighter aircraft fleet at that time. In 1974, this depot started overhauling Viper engines of Kiran (HJT-16) aircraft, which is an indigenously produced jet trainer. The overhaul of Goblin, Verdon and Nene engines were gradually phased out thereafter. While the last Verdon engine was overhauled in 1975, Goblin and Nene overhaul lines were closed in 1976.

On 21 Jul 77, 4 BRD was awarded its crest by the President of India. The crest of 4 BRD is the ‘Phoenix’, a mythical bird of Egyptian Origin, emerging from flames with a machine wheel surrounding its head. The Depot’s motto is written in Sanskrit as ‘KAYA KALPA’, which means ‘resurrection and rejuvenation’.

In 1976, facilities to overhaul AL-7F-1 engine (also known as Type-31 engine) of Russian-built Sukhoi-7 fighter aircraft were established in 4 BRD. Two new buildings were constructed and added to the assets of 4 BRD. These facilities were utilized until 1984. In 1987, repair and overhaul of two modern aero engines in the inventory of IAF was entrusted to this Depot. The overhaul line of R-29 family of aero engines, which are fitted on the MiG-23 and MiG-27 fleets, was set up in the same building, where Type-31 engine had been overhauled. Around the same time, second line servicing facilities for M53-P2 engine of Mirage 2000 aircraft were set up and subsequently expanded to undertake its overhaul also.

Presently, the depot undertakes the repair and overhaul of Viper MK 22-8, R-29-300, and M53-P2 aero engines powering the Kiran MK I, MiG 27 ML and Mirage 2000 aircraft respectively.  The depot has exploited the co-existence of British, Russian and French design philosophies at a single location, by cross-adapting technologies for optimum utilisation. 4 BRD has successfully implemented the ISO Quality Management System and is accredited with IS/ISO 9001:2008 certification.  It was successfully revalidated in Feb 2013. The depot has harnessed the resources of approximately 1200 personnel and exploited advanced technologies such as Electric Discharge Machining, Robotic Plasma Spray Coating, Tungsten Inert Gas Welding, Shot Peening, Vacuum Brazing, and CNC Machining to sustain the required production of aeroengines, year after year. Since its inception, the depot has produced over 7650 aeroengines to support operational units in war and peace.