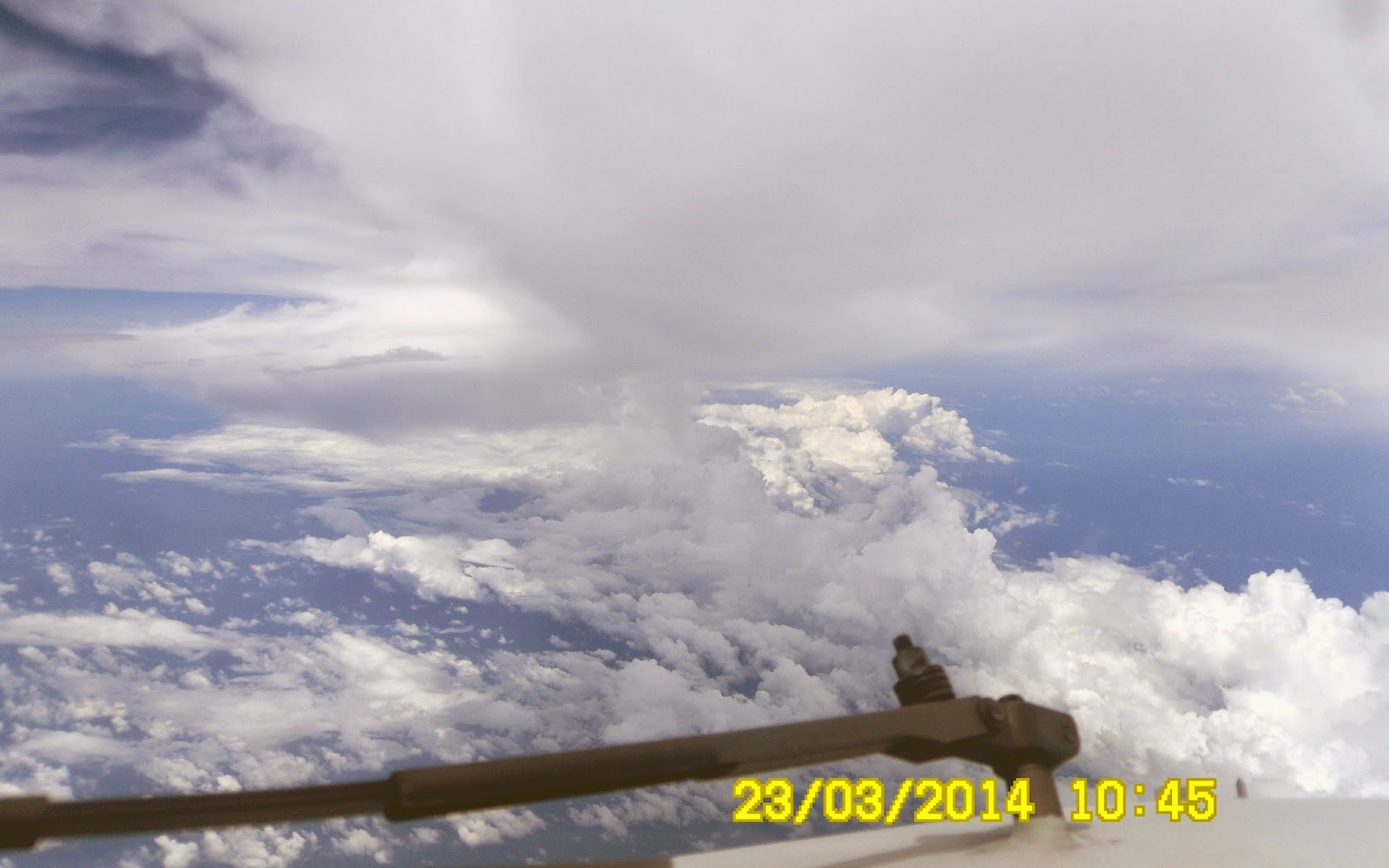 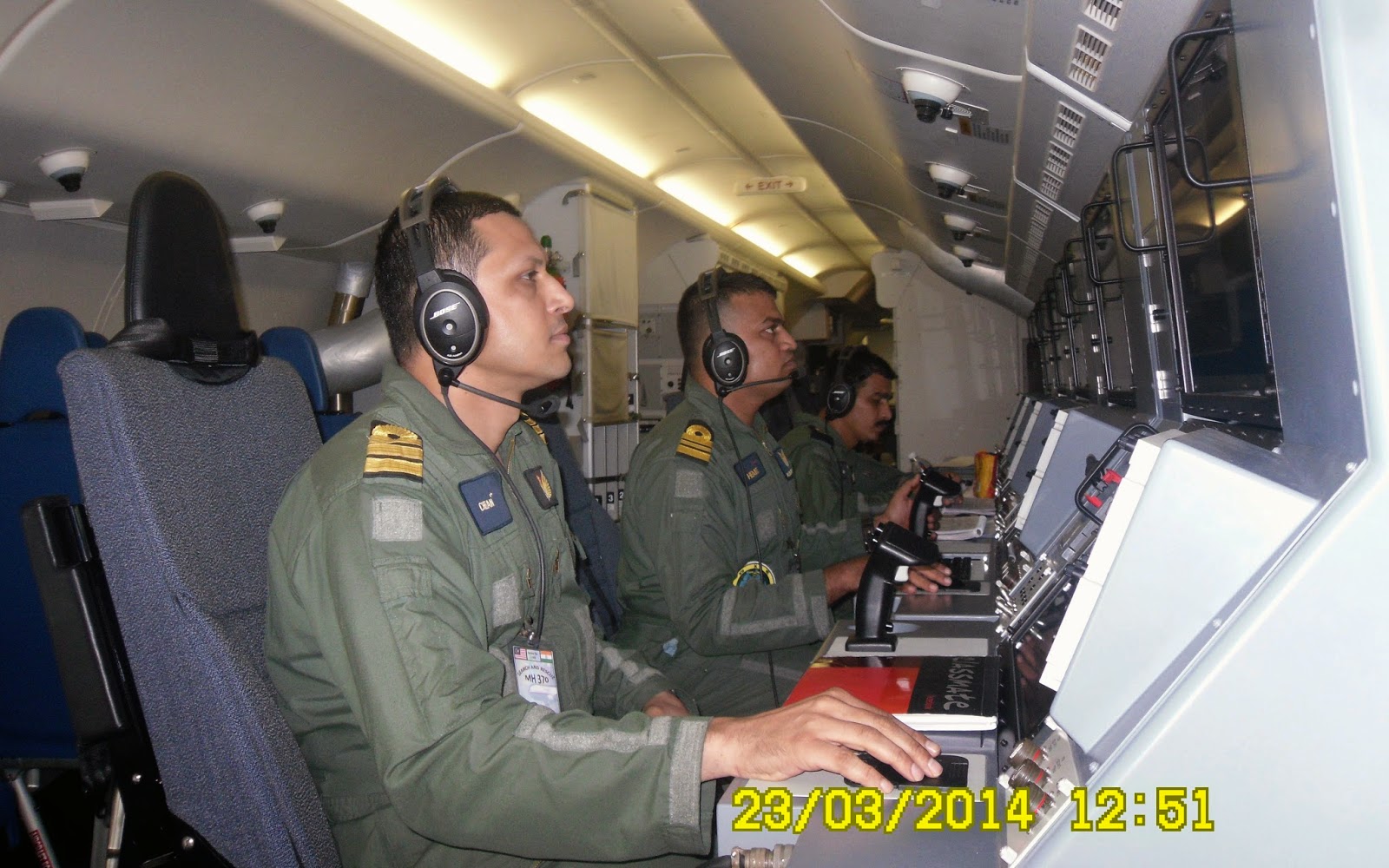 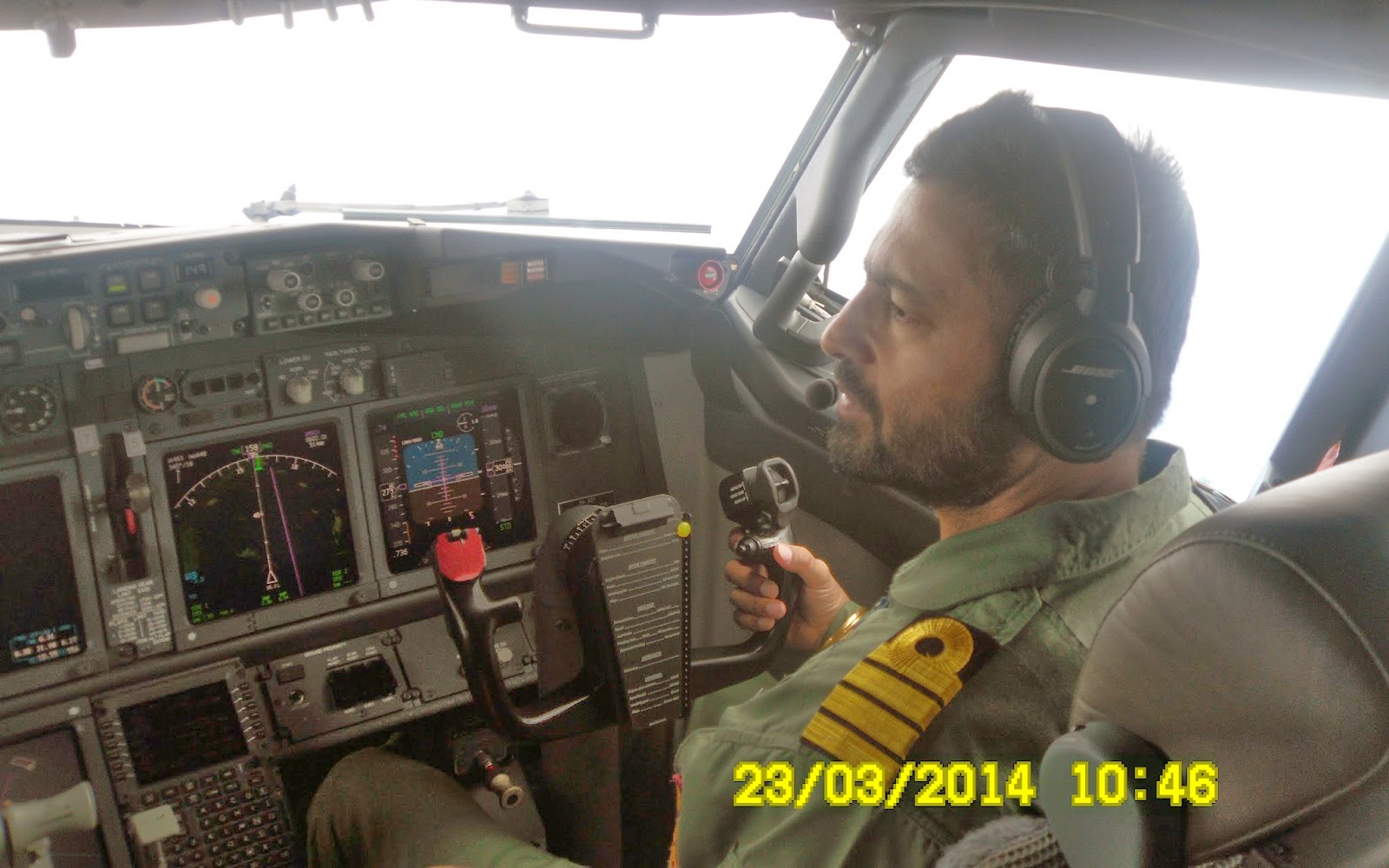 Indian Aircrafts join Search and Rescue efforts in Indian Ocean Two Long Range Maritime Reconnaissance Aircrafts from India have taken off today from Subang Airport, Malaysia for Search and Rescue operations in the Indian Ocean. They arrive here in Malaysia on 21st March following a commitment from the Prime Minister of India to assit Malaysia and render all possible assistance to Malaysia in locating the missing Malaysian Airlines flight MH 370.

The two aircrafts from India are : one P8-I of the Indian Navy and one C-130J of the Indian Air Force. Both aircrafts have long endurance capabilitiescoupled with state of the art electro optronic and infra red search and reconnaissance equipment on board. The P8-I aircraft has the added advantage of on-board radars and specially designed search and rescue kits.

After extensive briefings at the Aeronautical Rescue Coordination Centre (ARCC) established by Malaysia, on 22 March 2014, both Indian aircrafts took off this morning for the search areas allotted by the ARCC. Even though they are likely to encounter cyclonic conditions enroute, both aircraft Captains decided to skirt bad weather areas to reach the search sectors allotted by theARCC. Both aircrafts are likely to undertake 10-hour sorties today.

It may be recalled that India has been participating in Search and Rescue Operations from 11 March 2014 in the the Andaman Sea and Bay of Bengal. Five Ships and six aircrafts of the Indian Navy and Indian Coast Guard carried out search from 11 March to 21 March 2014 from the Andaman and Nicobar Command.

With the arrival of these two long range maritime reconnaissance aircrafts in Malaysia, India now joins the next phase of 'International Search and Rescue' operations under coordination of ARCC. The Indian crews were warmly received by the Royal Malaysian Air Force (RMAF) Base Subang, and the Base Commander personally received and briefed the Indian crews at the RMAF Base Subang.

The Indian crews who have a long association of operating and training with RMAF were appreciative of the high level of professional support rendered by the RMAF. India has assured that they will undertake any mission assigned by the ARCC and render any assistance that is technically feasible.