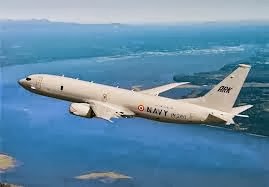 With a request for help from the Government of Malaysia in tracing the missing Malaysian Airline aircraft, the focus of the search has shifted westward towards Andaman Sea. A formal request in this regard was received from Indian High Commissioner in Kuala Lumpur. With the search expanded to cover an area stretching from South China Sea to Andaman Sea, the Indian Navy, Air Force and Coast Guard have been pressed into service for the search of the missing aircraft.

The air effort for searching the area extensively will include two C-130, one Mi-17 V5 helicopter of Indian Air Force and Dornier and P8i, maritime reconnaissance aircraft of Indian Navy. In addition ships of Indian Navy and Coast Guard will be combing the area to locate the possible crash site.  Both Navy and Air Force are also ready to reinforce their assets on short notice.

The Commander-in-Chief Andaman and Nicobar Command has been nominated as the Overall Force Commander and Headquarter Integrated Defence Staff is coordinating the entire effort between MoD and Services. Indian Navy has been designated the lead Service. The Headquarters Andaman and Nicobar Command being the nodal agency will assist Malaysia in all possible manner for the search in the area of Andaman Sea. The area indicated by Malaysia lies in the South Andaman Sea and is West of Great Nicobar Island. Meanwhile the Defence Crisis Management Group is also being activated from today to monitor the progress of the search operations at Headquarter Integrated Defence Staff.