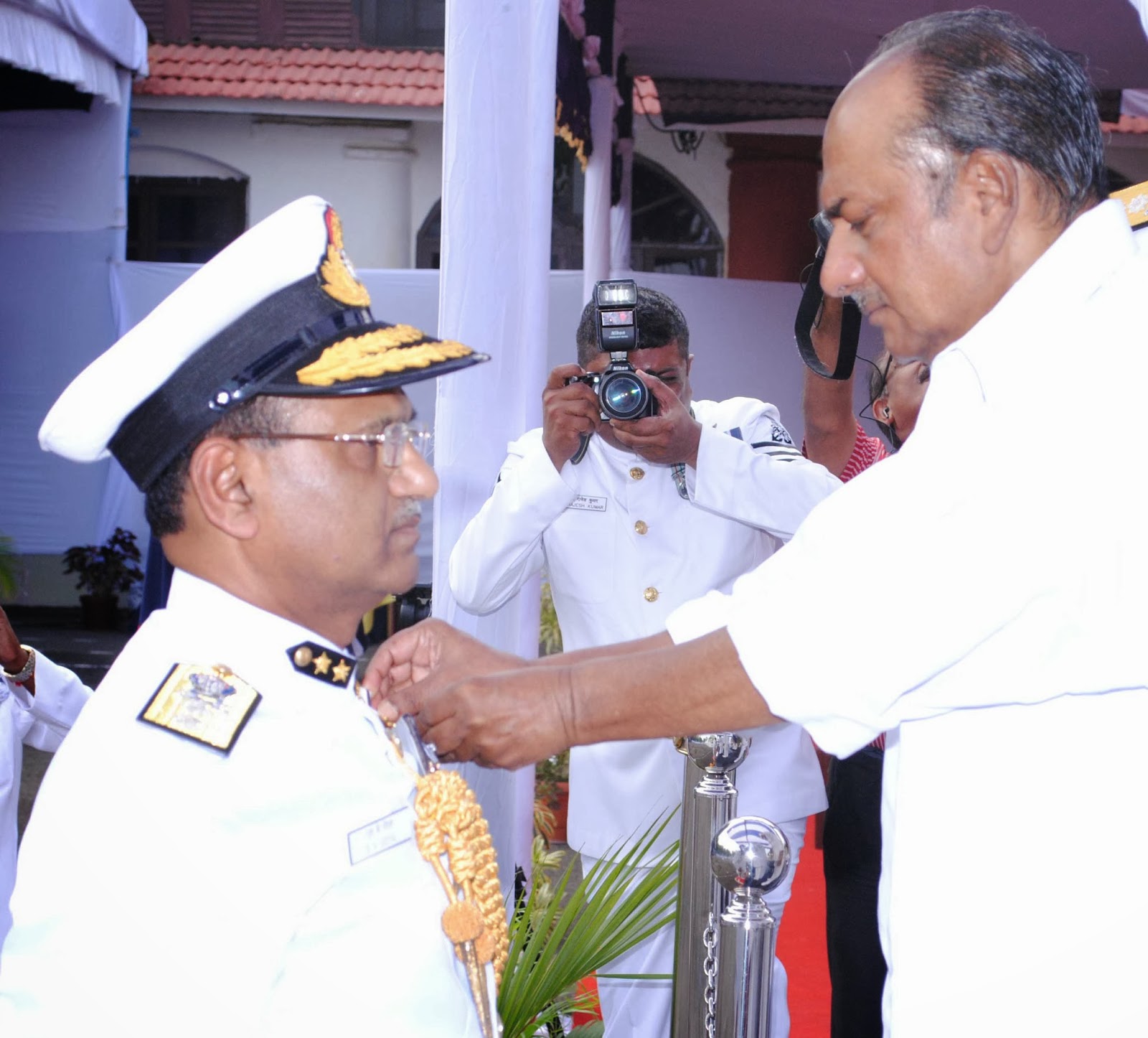 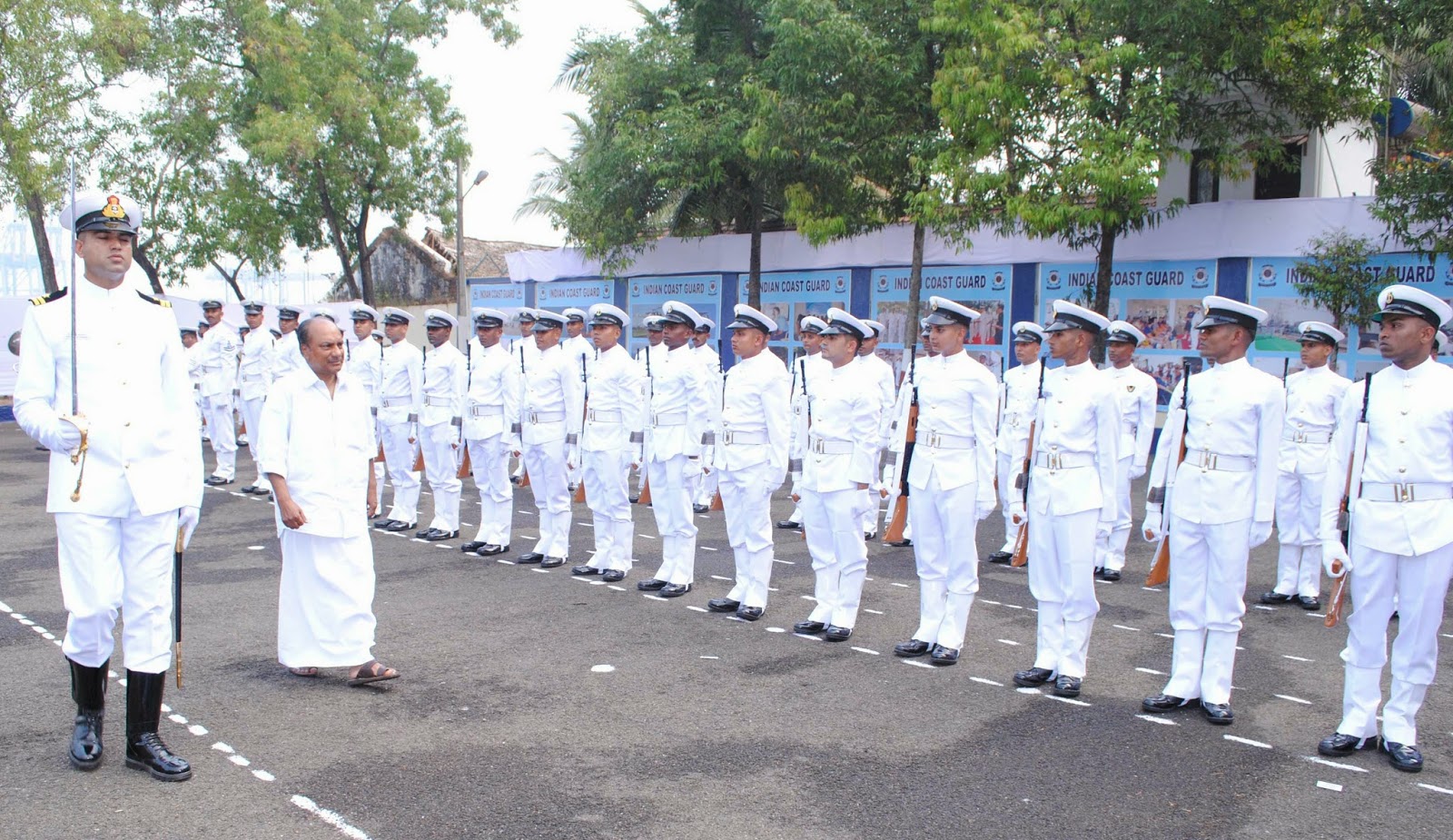 Twenty honours and awards announced for Indian Coast Guard personnel in 2013 were presented by Shri AK Antony, Defence Minister today at a well attended ceremony held at precincts of Indian Coast Guard District Headquarters No 4, at Kochi. PTM (President’s Tatrakshak Medal)  for distinguished service, TM (Tatrakshak Medal) for Gallantry and TM for meritorious service were the awards presented by the Defence Minister. Speaking on the occasion, Shri Antony said that substantial economic activity is happening over the sea as the country develops and this calls for coordination and proactive approach from all agencies in the maritime domain. The Indian Coast Guard has a pivotal role in building up synergy of efforts between all stake holders responsible for security of our waters he said. He lauded the efforts of Indian Coast Guard in saving many lives, providing timely assistance to fishermen is distress and firefighting.

Email ThisBlogThis!Share to TwitterShare to FacebookShare to Pinterest
Labels: A K Antony, ICG