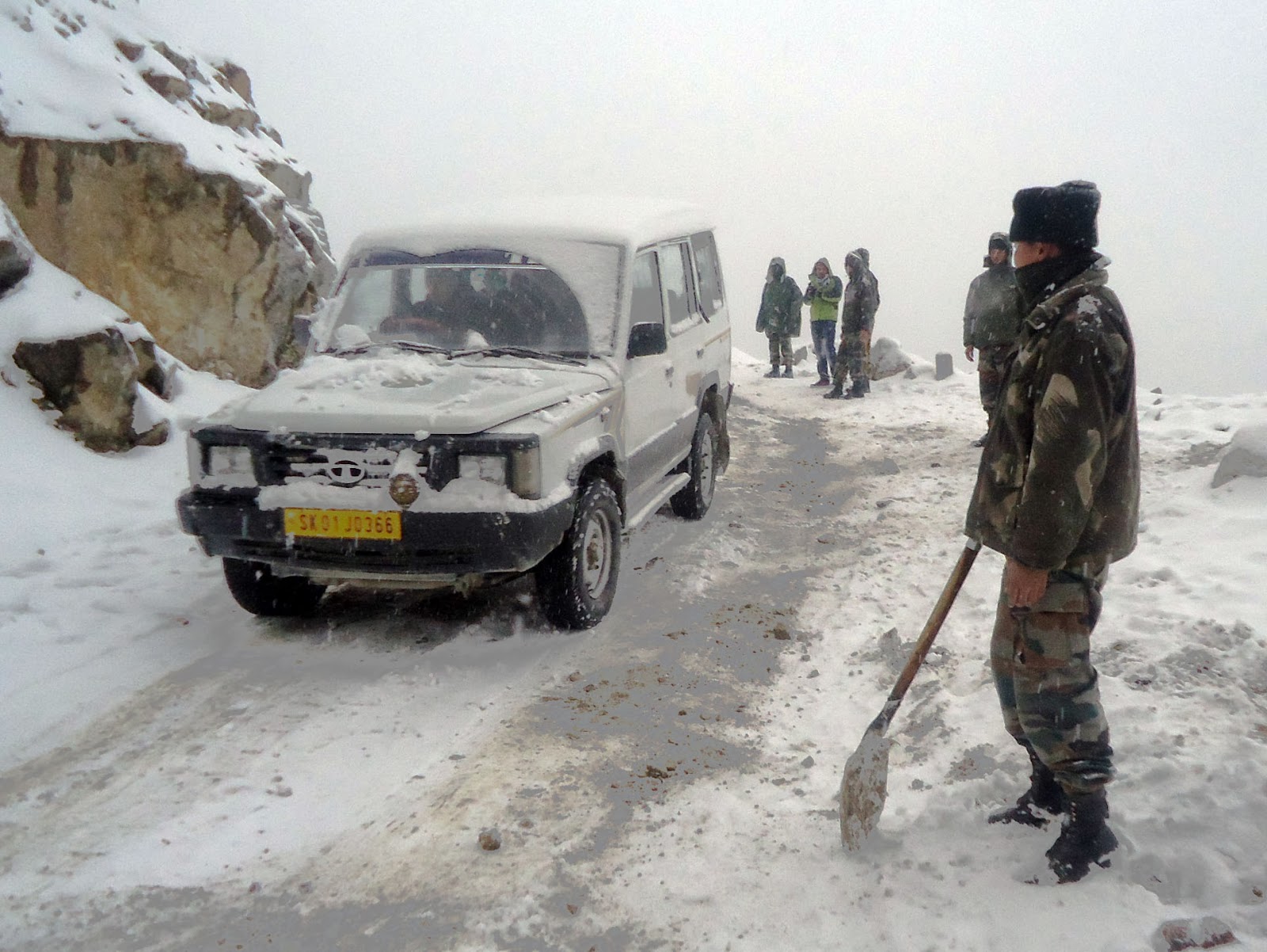 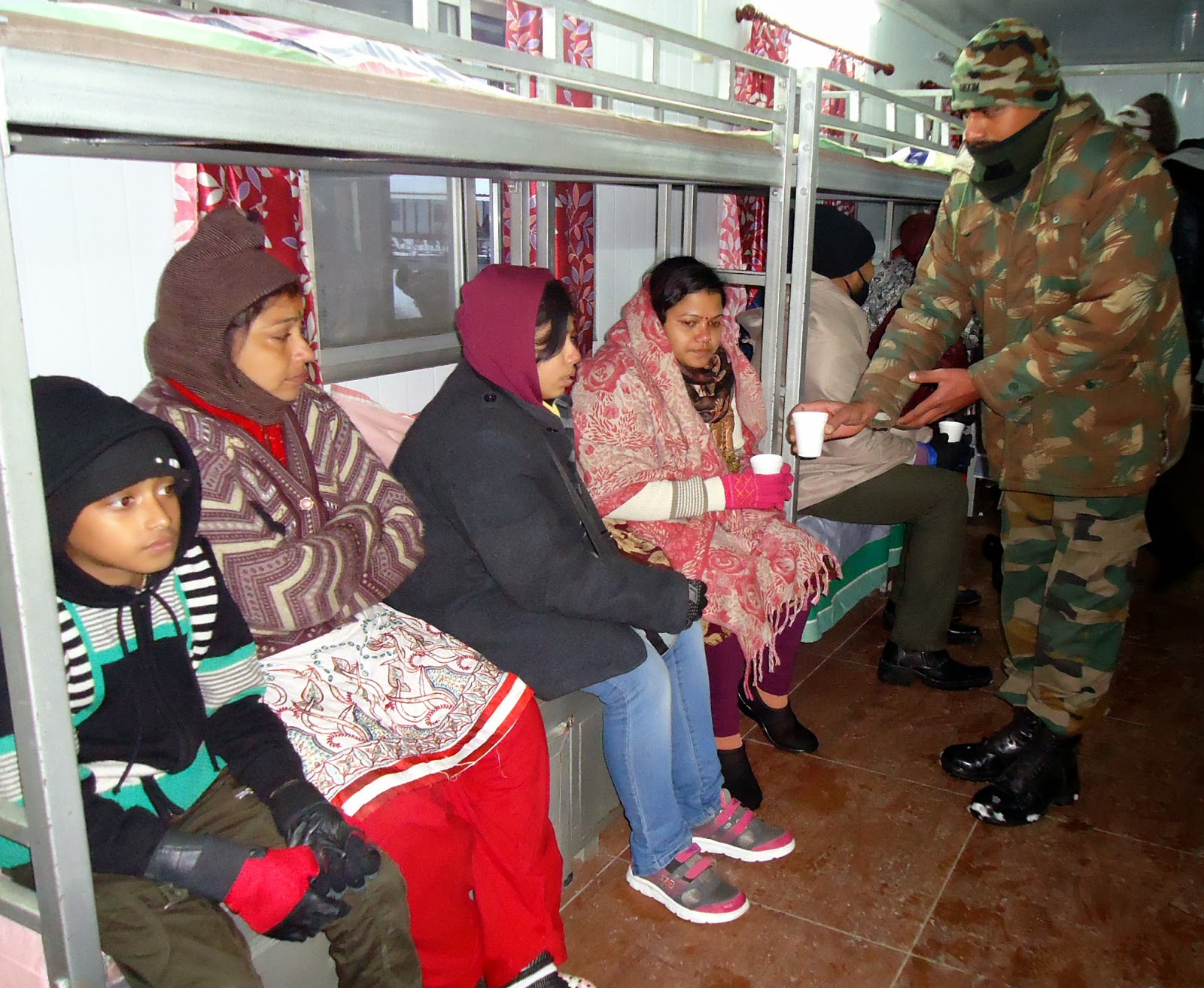 In the first incident, 250 tourists got stranded near milestone 17, where a tourist vehicle tilted precariously due to heavy snowfall blocking nearly 40 other vehicles.

A team of army men comprising two junior commissioned officers and 10 jawans led by Subedar Major KM Chandgude from a nearby army transit camp on patrol cleared the snow making it possible for the stranded vehicles to return to Gangtok by evening.

Elsewhere near Natu La, 334 tourists including 106 women and 14 children in 65 vehicles stranded due to inclement weather and heavy snow were also rescued.

With weather turning worse and life threatening, the men in olive greens swung into action and rescued all tourists to a safe place. Besides sheltering them through the night they also provided them hot beverages and food.

Telephone facilities were also provided to them to contact their near and dear ones.  Earlier today in the morning, after breakfast, vehicles were arranged to transfer them to Gangtok.

Young and old tourists alike expressed their gratitude to the army with many writing notes of appreciation in whatever stationary that they had on them.