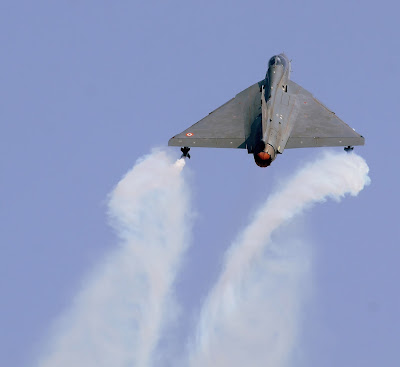 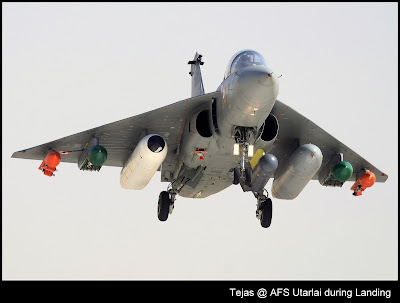 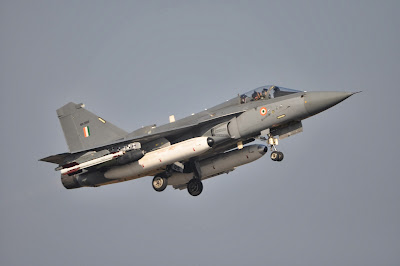 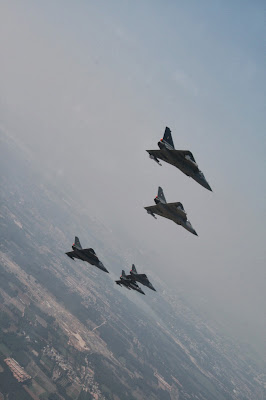 India’s indigenously designed and developed frontline fighter aircraft, Light Combat Aircraft (LCA) is poised to achieve an important milestone on December 20, 2013 by achieving the Initial Operational Clearance (IOC II) and get ready for induction into IAF squadrons.  The aircraft is manufactured by the defence major Hindustan Aeronautics Limited (HAL).  “The production facilities have been set up at HAL and the aircraft delivery is expected to commence from 2014.  We have plans to initially produce eight aircraft per year. Further plans are afoot to enhance the production rate to 16 aircraft per year in consultation with IAF and MOD.  HAL is fully geared up to meet the challenging production schedule and hopes to fulfil the requirements of customers in a time bound manner”, says Dr. R.K. Tyagi, Chairman, HAL.

HAL carried-out around 500 sorties of LCA in the year 2013 which is the highest for any particular year right from the start of the programme. The previous highest was 280 sorties in the year 2009. Outstation flight trials were carried out at Leh, Jamnagar, Jaisalmer, Uttaralai Gwalior, Pathankot and Goa for cold weather, armament and weapon deliveries, multimode radar (MMR), radar warning receiver (RWR), hot weather and missile firing flight trials this year itself. Two aircraft have flown three sorties each on the same day during trials at Jamnagar in October –November 2013, demonstrating fast turnaround time capability.

After the achievement of IOC II, HAL will go ahead with the Series Production of LCA Tejas.  The Company has already established the structural assembly hangar and the assembly jigs have been calibrated with state of the Laser Trackers to an accuracy of 80 microns (0.08 mm) to meet stringent quality standards. A state of the art CNC drilling machine has been installed to ensure repeatability and reduce the cycle time.

LCA has also successfully demonstrated weapon delivery capability during weapon trials at Jamnagar & Jaisalmer. LCA participated during IRON FIST 2013 and proved its mettle along with other platforms of IAF.

HAL has been working towards building up infrastructure for production. The LCA production group engaged in the production of Limited Series Production (LSP) aircraft during the last five years functioned as an extended arm of the design and development team with large scale modifications introduced into these LSP aircraft in terms of hardware, system improvements and software in a progressive manner as per concurrent development and production concept.

With most of the aircraft system performance reaching desired levels, HAL production group would concentrate on stabilizing the production line.  All hardware improvements and software modifications as a result of trials on LSP series aircraft are now being incorporated into series production aircraft.

The production line at HAL has been moved to new premises with a built up area of around 28,000 Sq m of Hangars, Engineering and Administrative blocks.   Upgrade and augmentation of production tooling is underway to enhance the rate of production and to expedite delivery of aircraft for two IAF squadrons in the next four to five years.

Antony In For Total Indigenisation, But Says Making Fighter Is Not Like Making Idli-Dosa !!