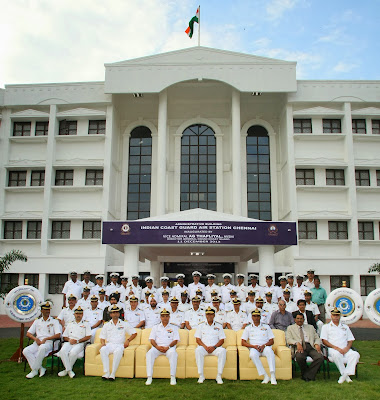 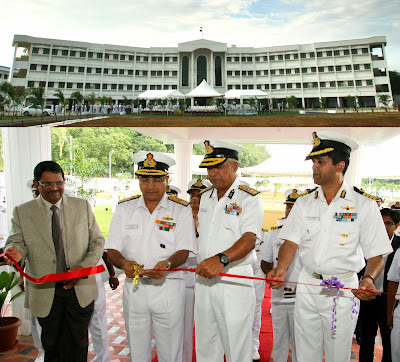 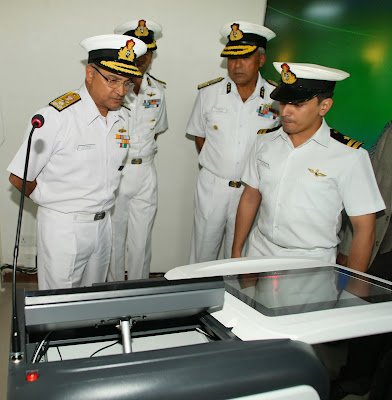 A new administrative building at Coast Guard Air Station (CGAS), Chennai was inaugurated by Vice Admiral Anurag G Thapliyal, Director General Indian Coast Guard in the presence of Inspector General SP Sharma, Commander Coast Guard Region (East) and other officers and civilian dignitaries here today.
The Air Station is a premium aviation unit of the Coast Guard for the Eastern Sea Board and an integral component of the coastal security matrix. It plays prominent role in discharging mandated duties of the Coast Guard in the maritime zones of India. The Coast Guard Air Station Madras was commissioned on 26 April 1991 and over the past three decades has rendered yeoman service during natural calamities like Tsunami, Cyclones and Maritime accidents ensuring safety of life and property at sea. The Director General Indian Coast Guard lauded the achievements of the Air Station and encouraged the officers to make best use of the advanced technology being made available of new generation Dornier Aircraft and Chetak helicopters to enhance vigil and presence in area of responsibility. The new state of art infrastructure with modern communication, surveillance and planning facilities will enhance the operational efficiency towards safeguarding our off-shore assets and security of
maritime borders.